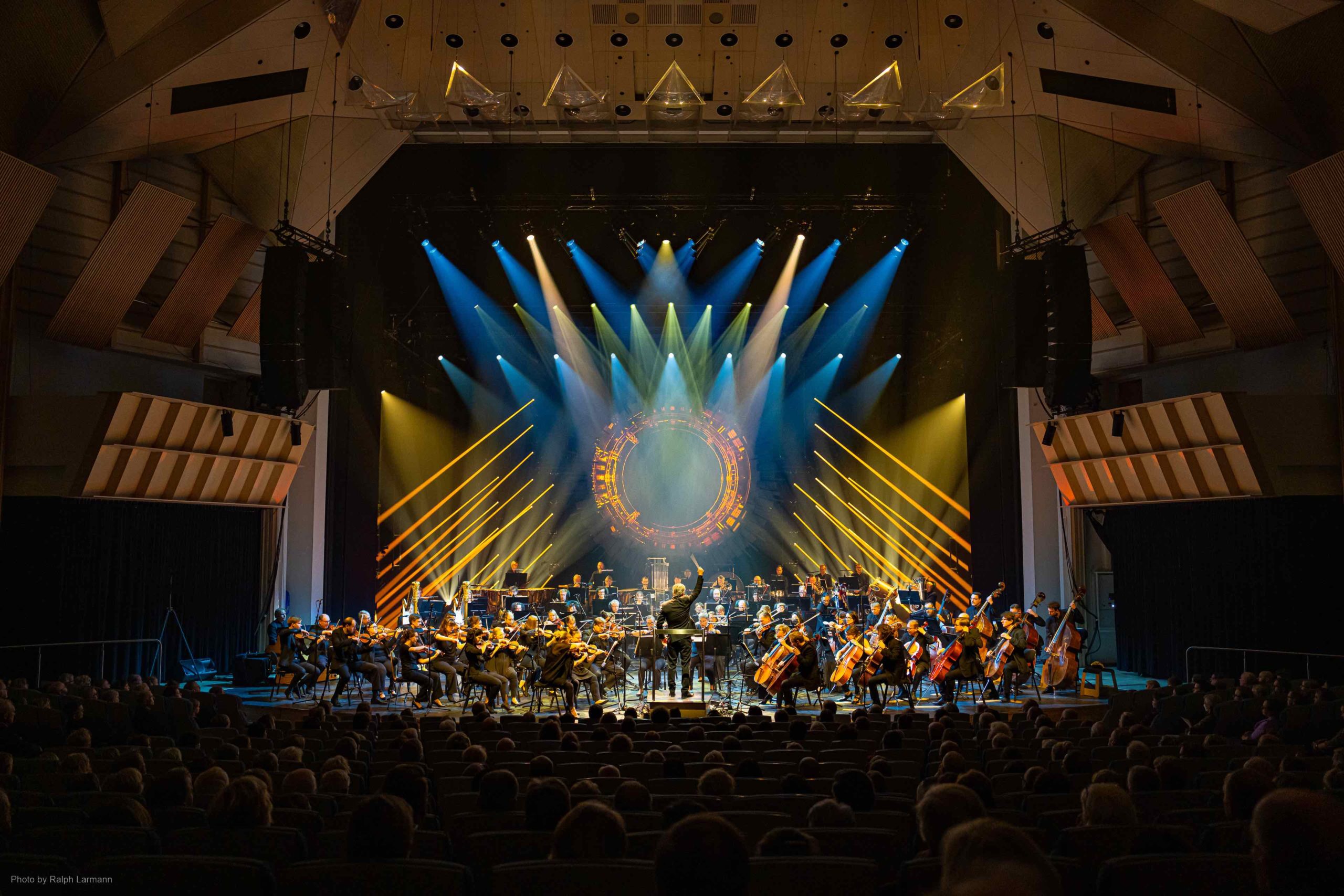 The germ of the idea came from Tampere Hall’s managing director, Paulina Ahokas, who has worked with Kunttu extensively. The result was a collaboration with many artists with whom Kunttu has worked throughout his career, with Kunttu himself lighting the seven-part masterpiece, The Planets, in cooperation with the Tampere Philharmonic Orchestra.

​“The Planets is one of the best-known classical compositions of the last century, and for a visual designer it provides a fantastic canvas to paint on,” he says. “In practical terms it was straight-forward enough to design within the tight and busy timeframe of the weekend, yet gave me plenty of scope to create some exciting space-themed looks. It is already written in the music, a journey into space!”

Kunttu chose to design, program and operate the lighting and video for The Planets to give it an artisanal, back-to-roots feel. Centred around a circular video screen above the orchestra, the design featured over 100 Ayrton fixtures, including 26 Ayrton Cobra laser-sourced fixtures. “I really wanted to use the new laser fixtures because they go together so nicely with the space theme!” Kunttu says. “I was able to create some fabulous beamy looks on stage and into the audience knowing they would read perfectly because the laser sources are so piercing.”

Kunttu used the moments between the Planets movements – when a series of NASA space recordings were played – to create stronger, dramatic beam effects, toning them down when the orchestra was playing to avoid deflecting the attention away from the music and the performers. 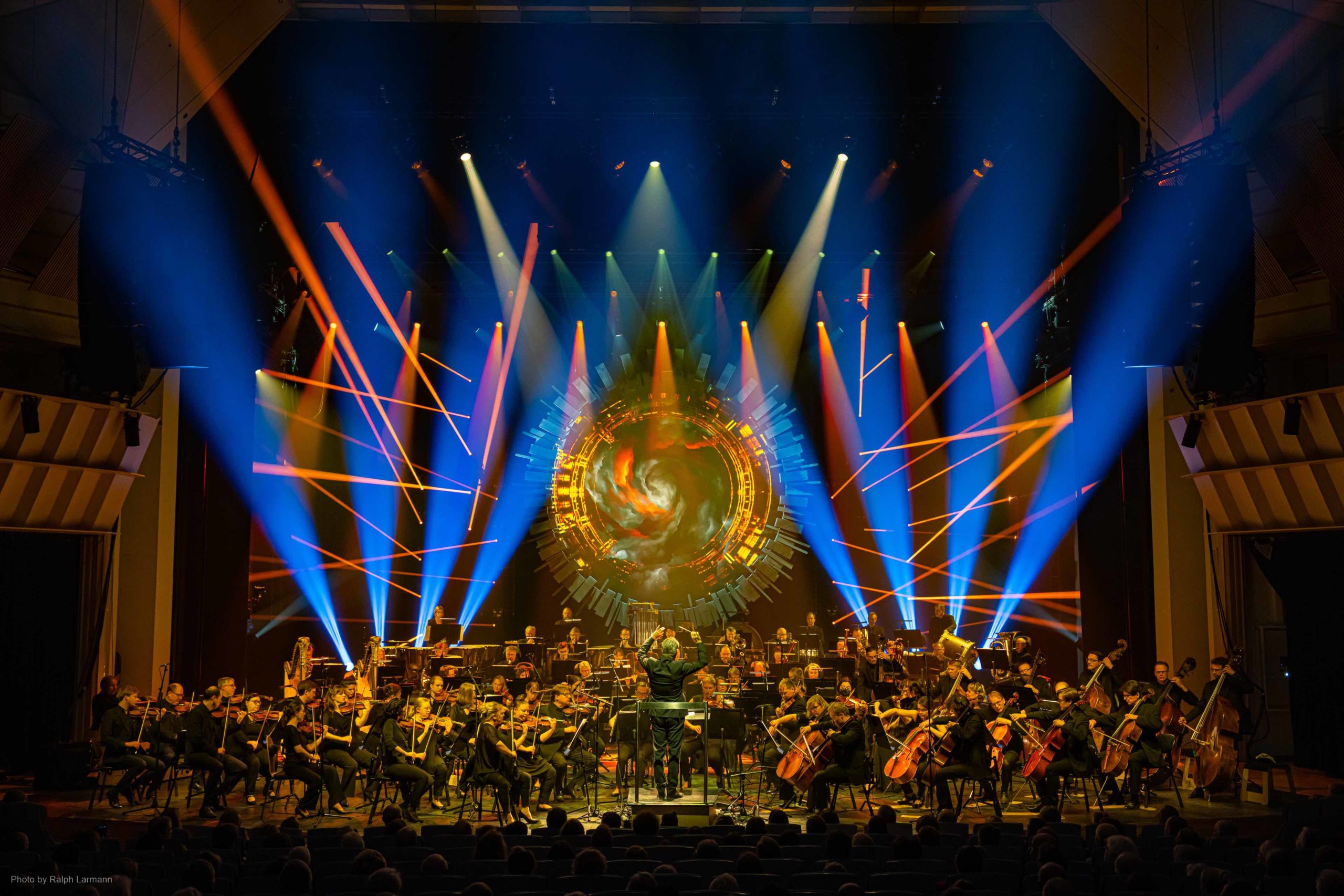 Kunttu used Ayrton Cobras mostly as back lights, along with 20 Ayrton Huracán LT (long throw) fixtures. 41 Ayrton Eurus S profile units were rigged on three overhead trusses as top and front lights, with additional Eurus S profiles on the side ladders for cross light. More Huracán LT fixtures were added as floor specials behind the orchestra.

“This gave me an excellent palette to work from and the chance to get to know some of the latest Ayrton fixtures,” says Kunttu. “As an artist and a designer, I feel very strongly you should not bury yourself in the technology. It’s important to protect your artistry so you don’t become a technocrat! The answer is to learn the technology really well so it becomes a paintbrush or a tool. Lighting is art, and if you don’t know the tools you don’t paint with your own brush.

“I’d not used Huracán and Eurus in this way before. I really liked the quality, especially Huracán. And Cobra – wow! It’s a super-nice fixture and I’d love to try it in a bigger venue using that brightness! Cobra also functioned really well as normal back lights, almost keeping up with Huracán, which shows you don’t have to use Cobra only as a laser, especially with all those colours and gobos. You just know that any light with ‘Ayrton’ written on the side is going to be high quality – a good quality light which also looks good!” 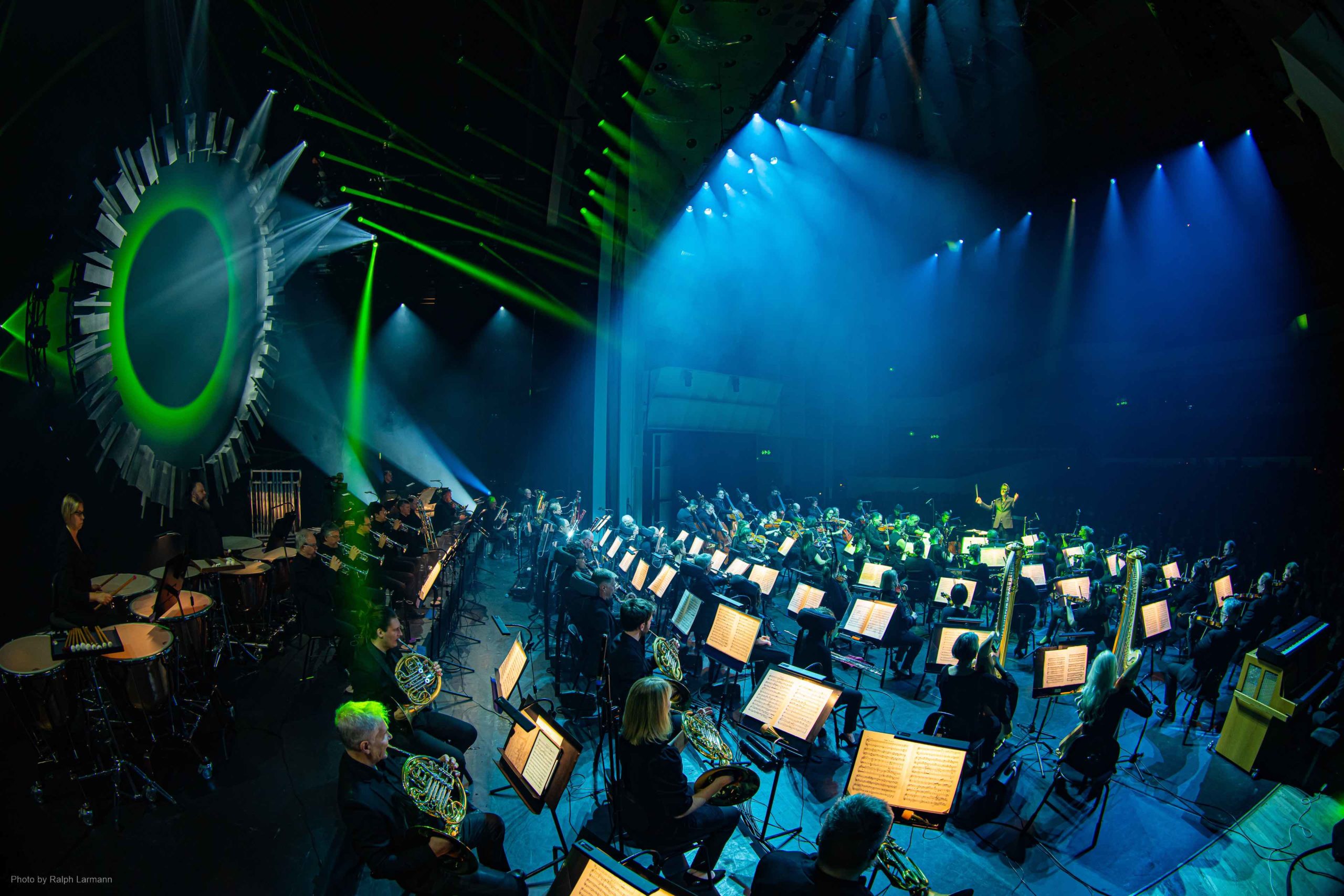 Kunttu had just one day to program The Planets and only one over-night turnaround for the Gala concert the next day. “Part of the reason for choosing Ayrton was the practicality of matching The Planets rig and the Gala rig to be very versatile with as smooth a transition as possible. Alex (Hautamäki) used even more Cobra than I did for the Gala and it was great to ‘hand over the torch’ to the next generation, and see one of Finland’s most talented young lighting designers light this great production.”

So, is Kunttu setting the trend by combining classical orchestras with visual performance? “Conductor Jan Söderblom, loved the concept and we are looking at the possibility of taking the show to other countries,” says Kunttu. “This may be the start of something new but the orchestra remains the focus. It’s better to build a nice collaboration and travel together than impose the lighting on it.”