German metal band Powerwolf unleashed their no-holds-barred Wolfsnächte Tour 2022 across Europe in the autumn, with a characteristically energetic show designed to thrill their hoards of die hard fans. Dominating the staging was a huge 5mm pixel pitch LED wall displaying album cover artwork, creatures of the night, and eerie scenes, driven by Hippotizer Boreal Media Servers supplied to the tour by Cast.

The tour visited 12 countries, playing 19 dates and the band’s performance in the German city of Oberhausen was broadcast on German TV, and a live stream and recording is available online. Lighting and video designer Dennis Feichtner was approached by Powerwolf’s longtime LD Mark Schöffel to take care of the visuals, focusing on pre-programming the show in collaboration with Schöffel, and operating during the shows using a grandMA3 desk and Hippotizer Zookeeper running from FOH.

“Having two Boreal servers in Main/Backup mode felt very safe on the tour,” says Feichtner. “They were highly powered for the task of playing out one feed of FullHD content on four layers and I find them extremely stable. Hippotizer servers always give me the feeling that they find tackling demanding jobs easy, both hardware and software-wise. They just do it, even when it’s hot, loud and there are a lot of massive vibrations – we have pyro, flames, snow and bass all the way. They just play the content and never complain.” 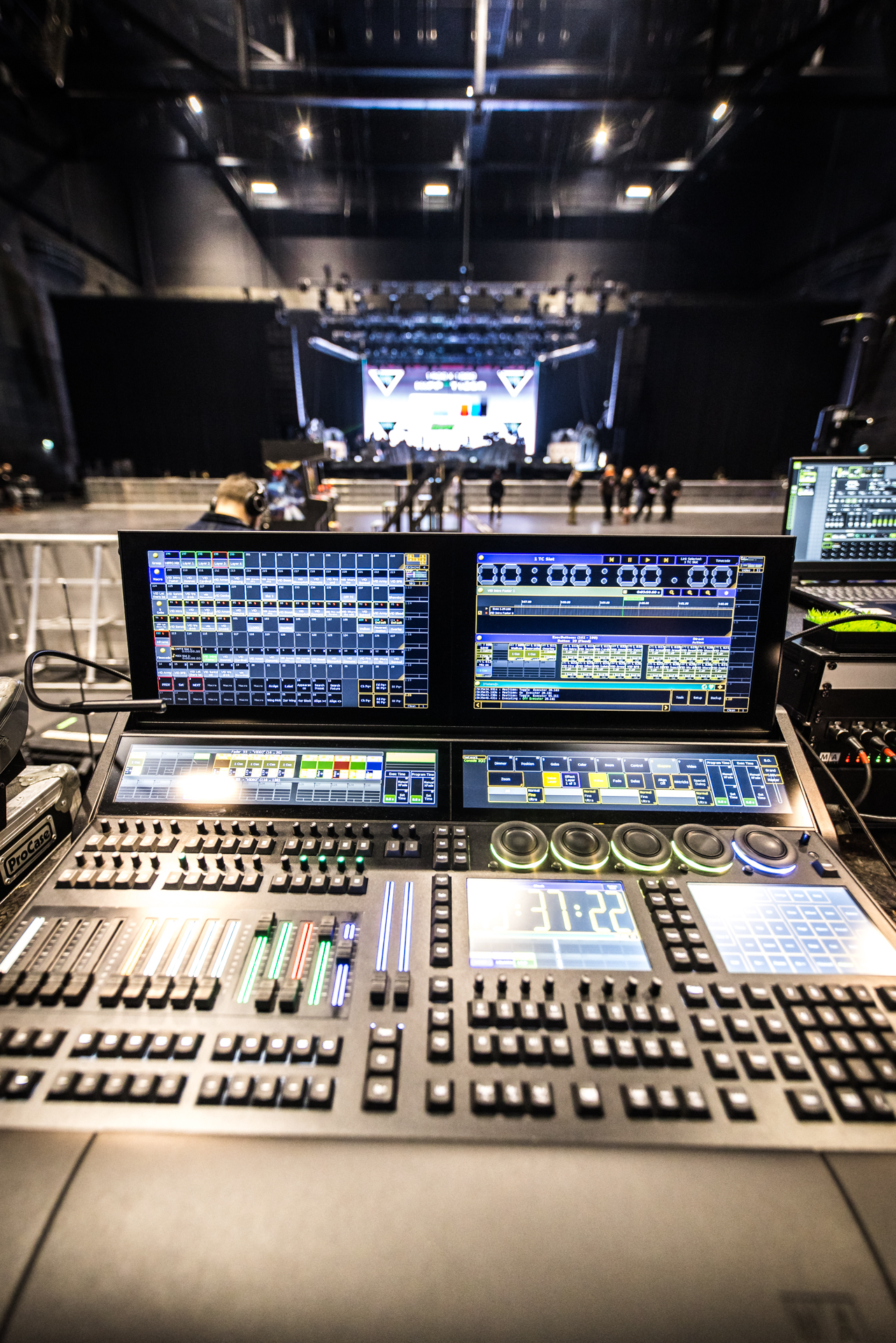 The LED wall was bordered on the right and left with printed fabrics and designed to appear as a complete unit, ensuring the entire backdrop worked together as one. The inspired content drew on the trademark Powerwolf artwork, including the band’s wolf-related imagery and stills such as forests and cathedrals.

“We used four layers for the visuals – a basic layer with a ‘fall back’ scene of fog, which I used between the songs, layer 2 featured the band’s artworks and videos, layer 3 was our ‘fire-animation’ loop of burning flames, which I can overlay whenever needed to create some extra drama,” Feichtner explains. “Powerwolf use a lot of fire and pyro, so sometimes it makes sense to feature this on the wall as well. Layer 4 was an overlay with a scenic element of a pillar or column as a frame. We have side drops with exactly these broken ancient church window frames, so it looks more uniform across the staging.” 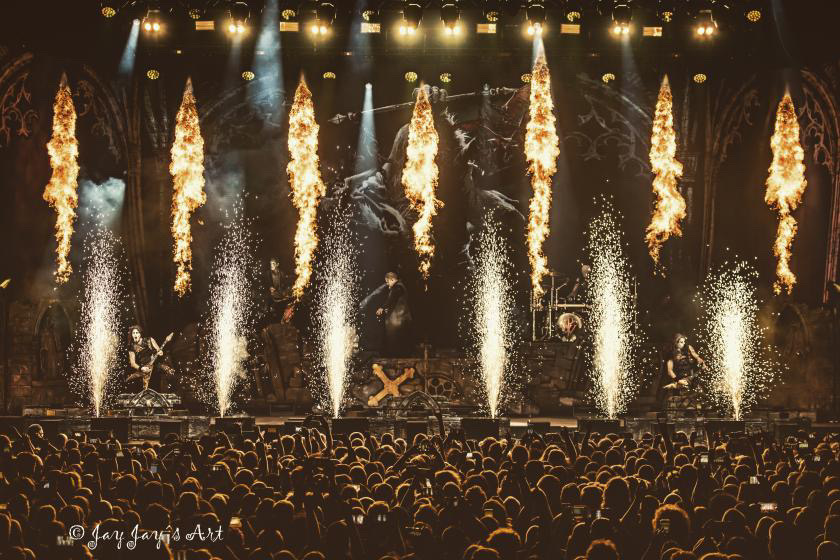 Powerwolf continue their tour into 2023 with dates in North America, before returning to Europe.