Crowded House are among Australia and New Zealand’s most iconic, popular, and successful bands, with a string of melodic hits like “Better Be Home Soon”, “Don’t Dream It’s Over”, “Something So Strong” and others, some stretching back to the 1980’s, all still infectiously foot tapping in 2022 when they hit the road again after re-forming in late 2019. 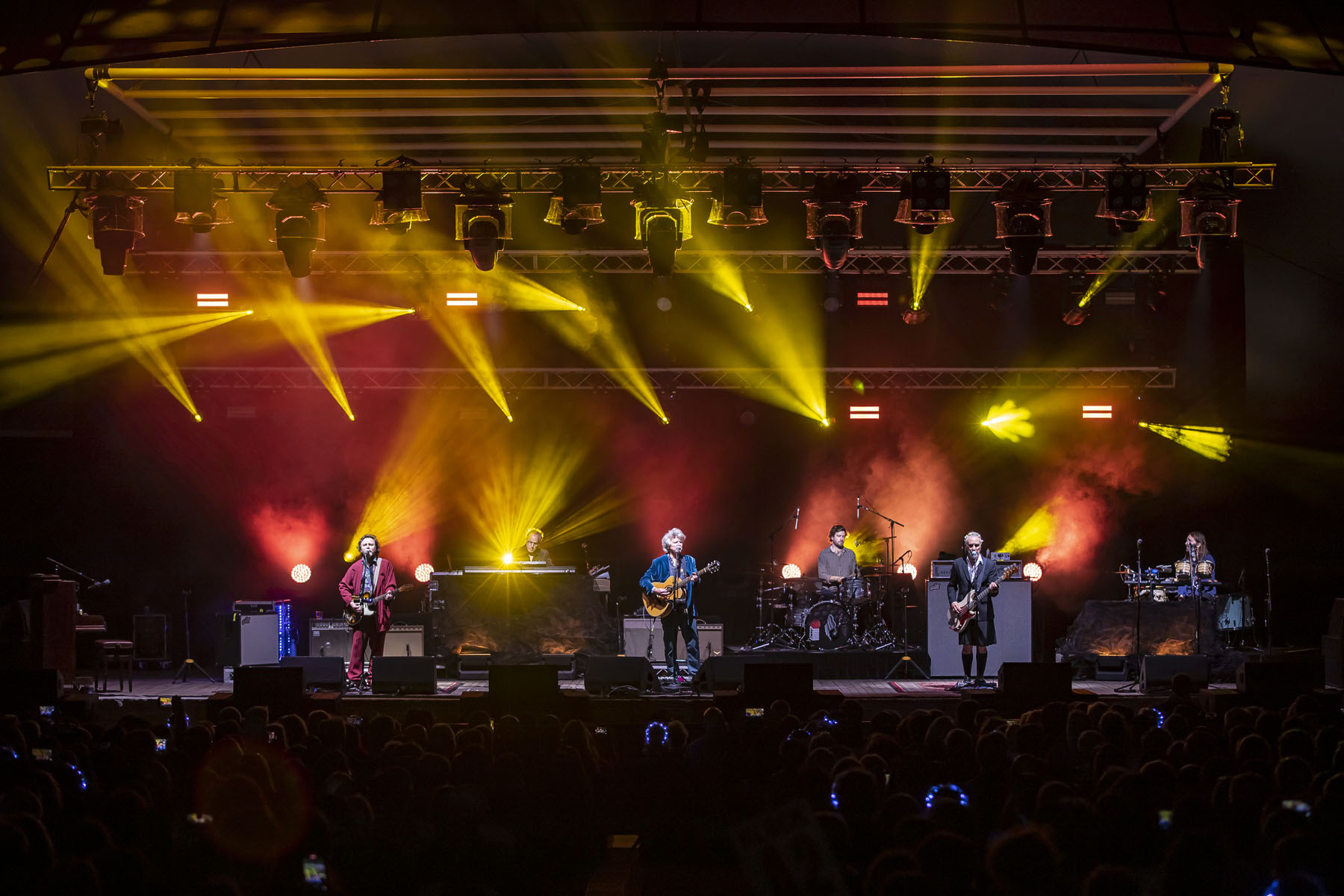 A recent show at Stage 88 in the lush green environs of Commonwealth Park, Canberra, ACT, was one of a week of rescheduled Australian shows, postponed from April when the tour was interrupted by the Covid lockdowns. Here, locally based technical production company, Elite Event Technology (EET), supplied an all Robe moving light rig.

Crowded House had played a splattering of concerts throughout 2020 and 2021 in Australia and New Zealand as and when pandemic restrictions allowed, with lighting and video designed by Ben Dalgleish from Human Person. Come April 2022, Ben had other commitments, so Brisbane based Dan – part of the Colourblind visual collective – came onboard.
The first part of the 2022 tour retained the video elements from those original shows and a set designed by Ben, but involved a completely new lighting design by Dan which included Robe Spiiders as the main wash lights and RoboSpots providing key light on the artists.

This design then went to Europe for shows and festivals over the summer, and was further modified for these rescheduled Australian shows, a run of dates further expanded with new added gigs, such was the public appetite!

Due to the scheduling of this leg, some shows used the touring system, again being supplied by Chameleon Touring Productions of Sydney, and some, like the Canberra show, had production supplied locally.

Dan sent his lighting plot to EET, ACT’s major production and rental company headed by Darren Russell, who matched it as closely as possible with what he had available, which was all the Robes. 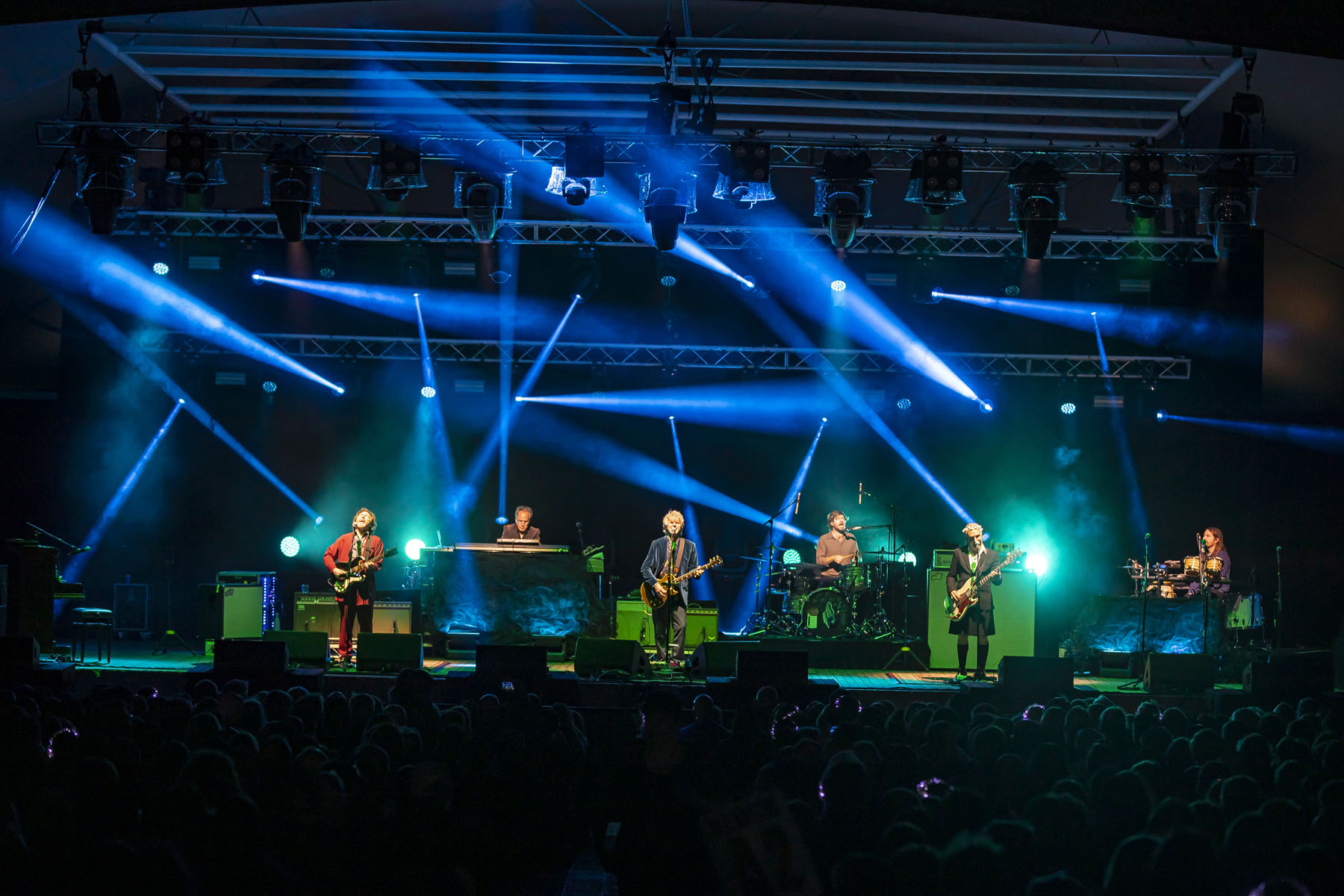 The Spiiders on Dan’s touring spec were swapped out for the even lighter Robe LEDWash300+s due to the weight loadings of Stage 88’s permanent tensile roof structure, and his standard hard edged fixtures substituted for the BMFLs and MegaPointes.

Dan was happy to work with the Robe fixtures on this show, commenting that whenever he sees Robe on the rider he knows he will get plenty of “flexible and reliable” options.
He chose Spiiders for the touring rig because they are “bright with a great colour range” and are one of his go-to’s for a reliable and dynamic wash light. He also likes the flower effects, though they were not used for Crowded House!

For the April 2022 Australian tour, Dan had also used three RoboSpot systems for the first time, supplied by Chameleon.

Running on these were three BMFL WashBeams rigged on the front truss allowing very efficient following of the front-line artists – guitarist Liam Finn, lead singer / guitarist and co-founder Neil Finn and bassist Nick Seymour – all of whom move constantly during the average set.

Dan loved the RoboSpot system. “You can utilize lights anywhere on the rig and get the right angles without significant spillage,” he noted.

In Canberra, the seven BMFL Spots on the front truss were used for key lighting and specials, with the 19 x LEDWash 300+s in the overhead trusses providing the wash coverage.
The 13 x MegaPointes were also on the upstage trusses and used for effects, gobo looks and other scenic lighting looks, while another six BMFL Spots were deployed upstage on the floor, utilized for powerful beam-work and back lighting. Also gracing the upstage deck were seven LEDWash 600s for additional blow through effects and to contrast the BMFLs Spots.
Lighting helped create the drama and atmosphere for the set, with integrated but organically executed cuing, spot-on timing, and tight key lighting, ensuring the focus stayed on the music, the artists and enhancing the incredible connection they have with their audience. 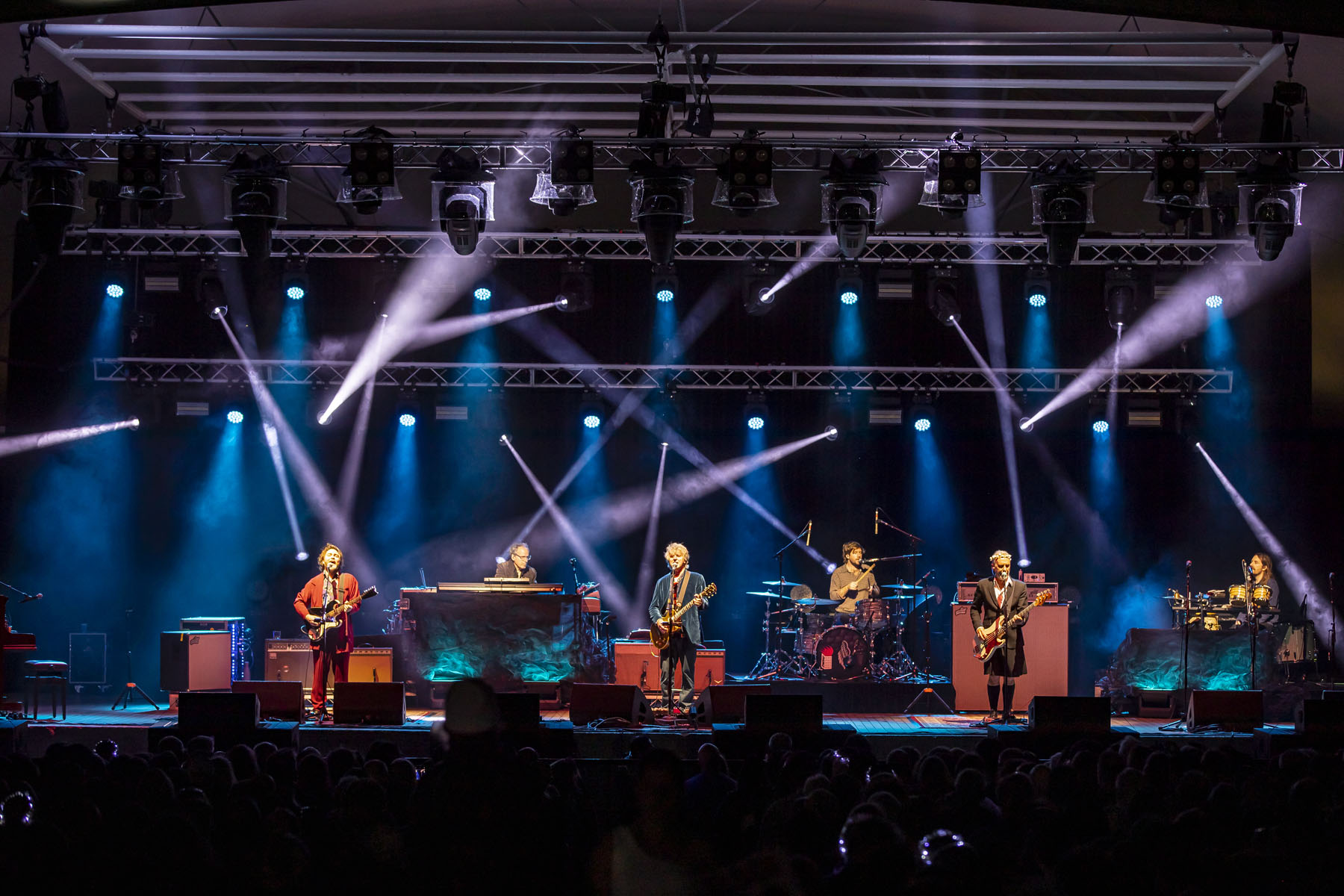 Following their moods requires a certain amount of improvisation and great empathy to make this a genuinely organic live visual experience, something that Dan clearly enjoys delivering.
Dan programmed and ran the Crowded House show on a grandMA2 full size supplied by EET in Canberra, and used a GM2 light console on the tour.

He first encountered Robe products early on in his career whilst working at various theatres in Brisbane – LEDWash 300s have been a popular choice there. He worked at Brisbane Powerhouse – a former power station transformed into a charismatic, vibrant post-industrial arts and performance venue – for 10 years before launching his freelance career.