Nashville-based singer-songwriter Walker Hayes recently embarked on his first headline arena tour, with the help of The Darkroom Creative (Seth Jackson and Nathan Alves), who were responsible for the stage lighting. 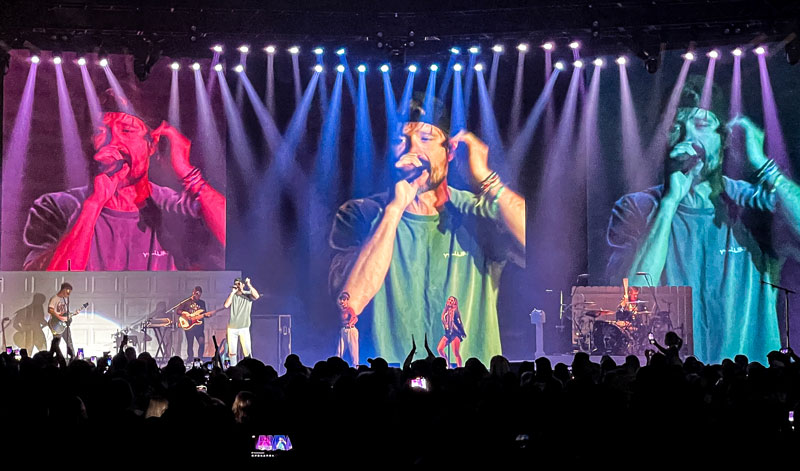 Helping them build their set was a bunch of classic but timeless ‘impression’ LED fixtures from GLP – notably around 60 of the compact X4 S LED washlights and X4 Bar 20 battens, agile workhorses which helped make the production budget stretch. The inventory was provided, as is so often the case on Darkroom’s projects, by Bandit Lites.

The Glad You’re Here tour, as it is known, is the creative team’s first outing with the artist – who straddles multiple genres, but is fundamentally a country/pop-crossover singer-songwriter. They were contacted initially by Walker’s manager, Robert Carlton, and then systematically built up the touring and technical bandwagon with production manager, Chris Newman, in readiness for the six-week stint.
Long-term design collaborators, both Jackson and Alves acknowledge that with Walker Hayes’ reputation growing fast, the team is on “a meteoric trajectory… expanding from a few trailers behind their bus to now being in a few trucks.”

But if there are two things Darkroom specialises in, it is scaling rigs for different sized venues and doing due diligence with production budgets. As Nathan Alves points out, “It’s one thing to build something that looks good when hung as designed, it’s another to be able to grow and condense with the room and fill that upstage space effectively and responsibly. This is where our equipment choices really helped us. Seth and the team at Bandit really executed an effective Swiss army knife of a lighting design that lets us cover the show very effectively.”

And for those choices, they had to do little more than delve into the GLP catalogue – a product portfolio that both men are well familiar with. Their quest was for the most flexible, reliable, compact fixtures they could find, wherein every light would be expected to perform a myriad of tasks. In other words, make the budget really work. 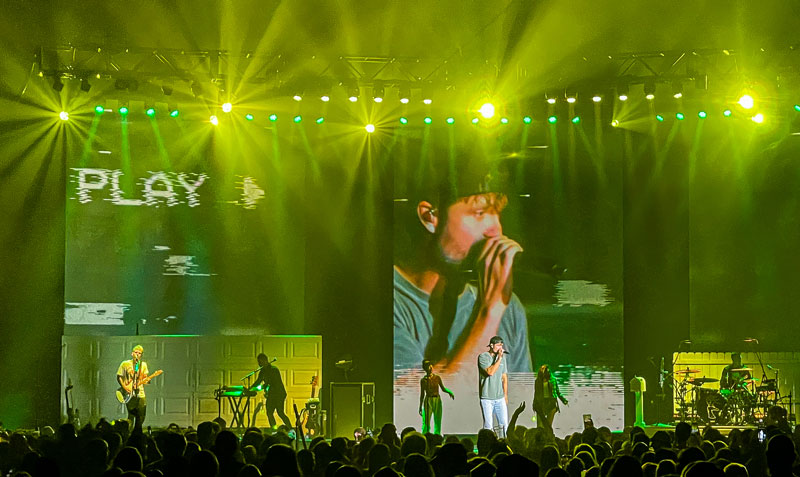 Speaking of the impression X4 S Alves says: “We’re big into large amounts of small wash fixtures in the air right now. I think there’s something to be said for having that much horsepower in the form of a meaty wash to lay in as a base layer to build on top of.”

“We went to older-tech fixtures in the GLP line because we knew they were reliable and proven technologies,” adds Jackson. “We also knew the personality of the fixtures – how the colour changes, how their speed reacts, and how the brightness and colour temperature react. We also knew these lights could be multi-functional – something we absolutely needed.”

The stage scenography itself emanated from various conversations which Alves says “suggested a suburban dad party vibe”; Jackson elaborates by saying “[Walker] stressed that he and his family live a typical suburban life and his favourite thing was a neighbourhood party in the garage and the driveway. Once Nate came up with the idea of putting the standard suburban garage door onstage, the rest just followed naturally. And after a crew trip to the local Home Depot, a mailbox, vinyl siding and a fence had quickly joined the party as additional stage props.”

In terms of other key personnel on the tour, lighting director, Dom Hickman became the designers’ “ace in the hole” during pre-viz. “He knew Walker’s tastes, the nuance of every song, and he helped complete the team feeling about the show,” says Seth Jackson. “This was collaborative, fun, and adventurous with everyone from the start.”

Bandit Lites, in the shape of crew chief AJ Quintel, supported the tour, as they generally do on The Darkroom Creative’s outings. “It’s a great relationship and they always make us feel at home when we walk in,” says Alves.

In conclusion, both LDs acknowledge that the entire Walker camp has been a pleasure to work with, ”without ego or strife, everyone having a great time together, all just pitching in, with job titles blurred.”

Saving the best till last, the most telling testimonial about the GLP fixtures is provided by Nathan Alves as he simply says: “They just work.” 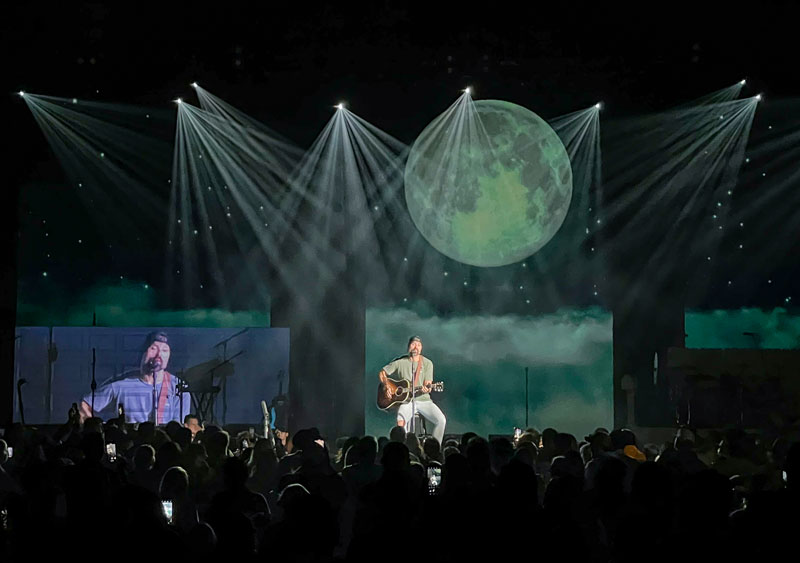 And as to what qualities the lights themselves bring to a set, Seth Jackson is unequivocal. “For me it’s all about the colour system, which provides exactly the same response across the product line. You can get rich, solid hues and subtle pastels. You can also do a lot of colour temperature choices. Of course, ultimately, it is about the people at GLP. As we have said many times, everyone makes a great light, it is the quality of the people and support behind the light that really matters!”