Post Malone’s GLP lighting solutions have been no strangers to Post Malone’s stage scenography over the years, and his latest Twelve Carat tour – with Dan Norman (of Evolve Lights) now in charge of the visuals – is no exception. 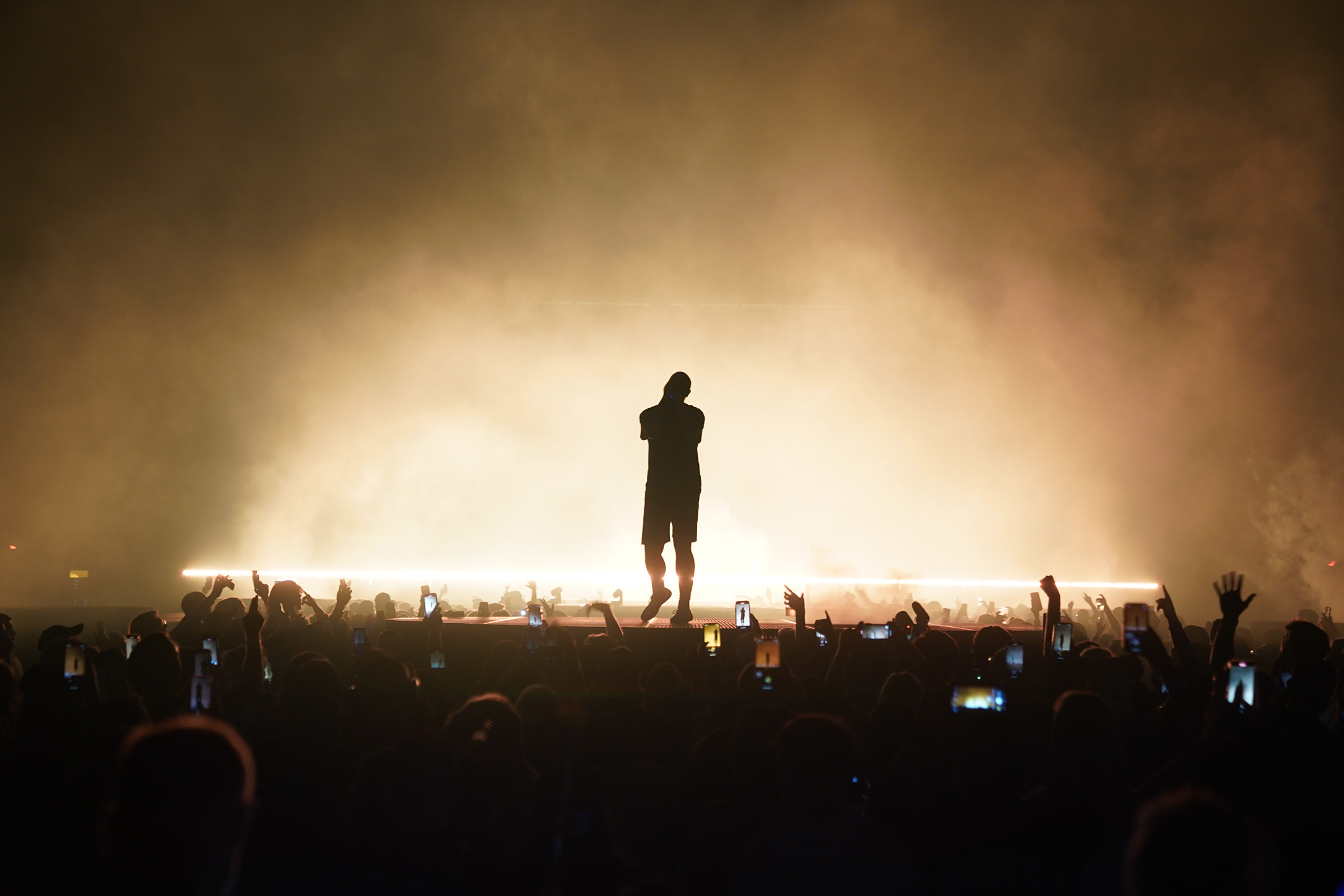 Introduced to the creative team in 2019 to help programme new songs that were added to the Runway tour, he has subsequently worked consistently with the Posty Touring team, along with production manager Dennis Danneels. Along the way Norman designed the artist’s Billboard Awards remote performance in a sand quarry and a New Year’s Eve Bud Lite livestream event during the pandemic prior to a 2021 festival run.

These successes earned him the right to light Post Malone’s latest concert tour, in support of his fourth studio album Twelve Carat Toothache. Once again, the LD has drawn on a slew of impression FR10 Bars and JDC1 hybrid strobes, provided by PRG. This formed a large part of a complex set populated with 750 fixtures, illuminating three long runways and multiple small interconnected circular B stages, which allow him to move within the crowd and feel their energy.

“I spent time working out the math with Tait and Dennis [Danneels] to make the stages as wide as possible in the arena while keeping things as close to square and 45 degrees as possible,” states Norman. “Creating the vertical architecture of this stage was important, with the extension of the seven circles into tall columns of light serving as the main look of the show, and overall I’m really happy we were able to find a way for Post to connect with his fans.” 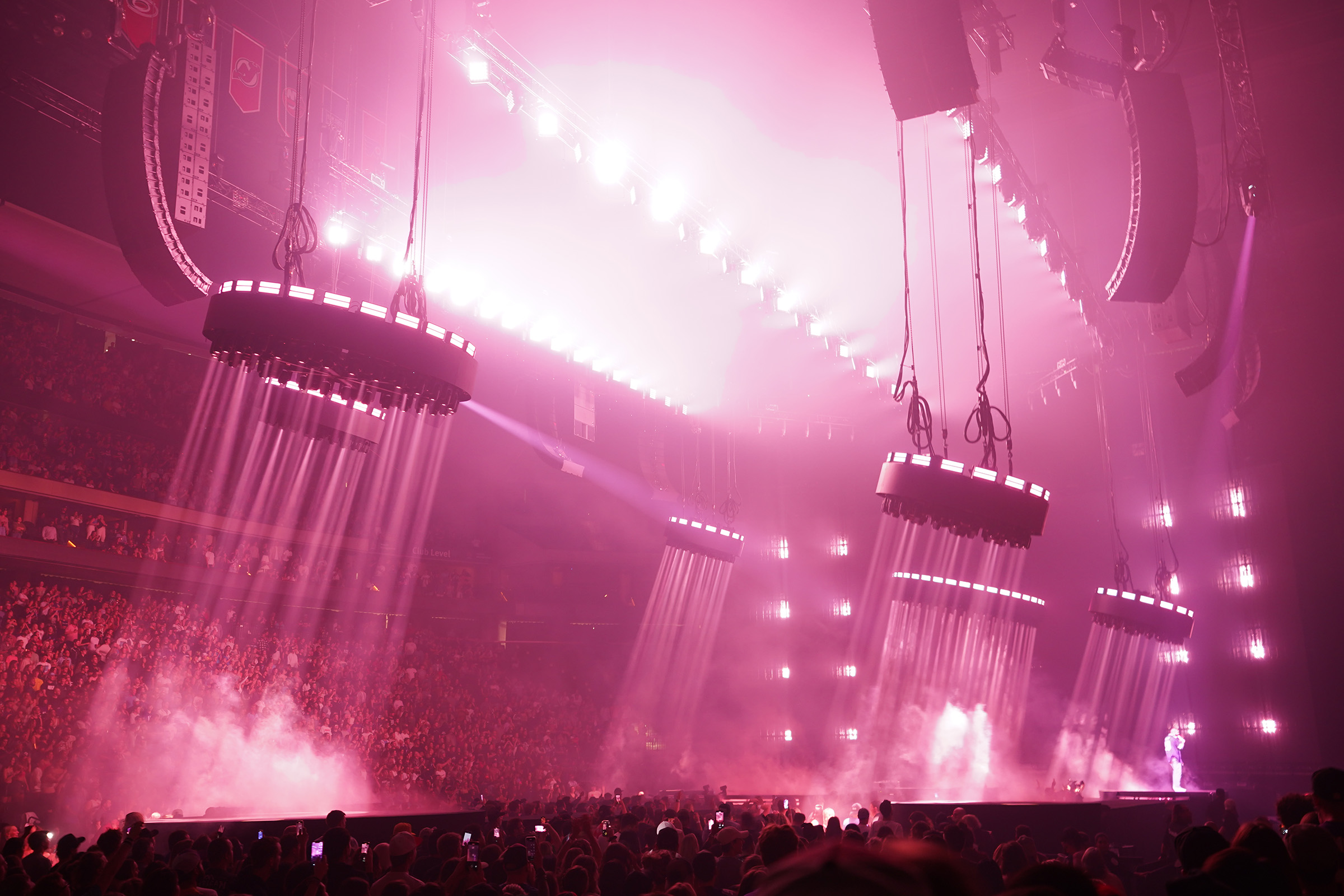 Most of the fixtures reside on concentric rings above and under the seven circle stages, enabling the columns to glow brightly. The remainder of the fixtures were placed in such a way as to connect the circles visually to the one larger stage – including strobes to hype up the crowd and lasers. “Many of the looks were designed to be optimised by what also looks good on cellphone cameras, as everyone posts the show online to some social media platform,” the designer explains.

Having used the GLP impression X4 Bar 20 in previous designs “to create epic sheets of light”, he was excited by the prospect of using the even more powerful GLP FR10 Bar batten to uplight through the grated circle decks to create those seven vertical columns of light. “I needed a unit of intense brightness to combat the almost 40% loss of light due to that grated decking – and the FR10 Bar really delivered,” Norman continues. “When we turned them on for the first time, we all just went ‘wow!’” Tait created a custom hanging bracket for the 23 FR10 Bars that created the horizontal line of light upstage.

As for the JDC1, according to the production manager, after the first show Post Malone remarked that he immediately recognised and appreciated the JDC1, which had featured on almost every previous show. 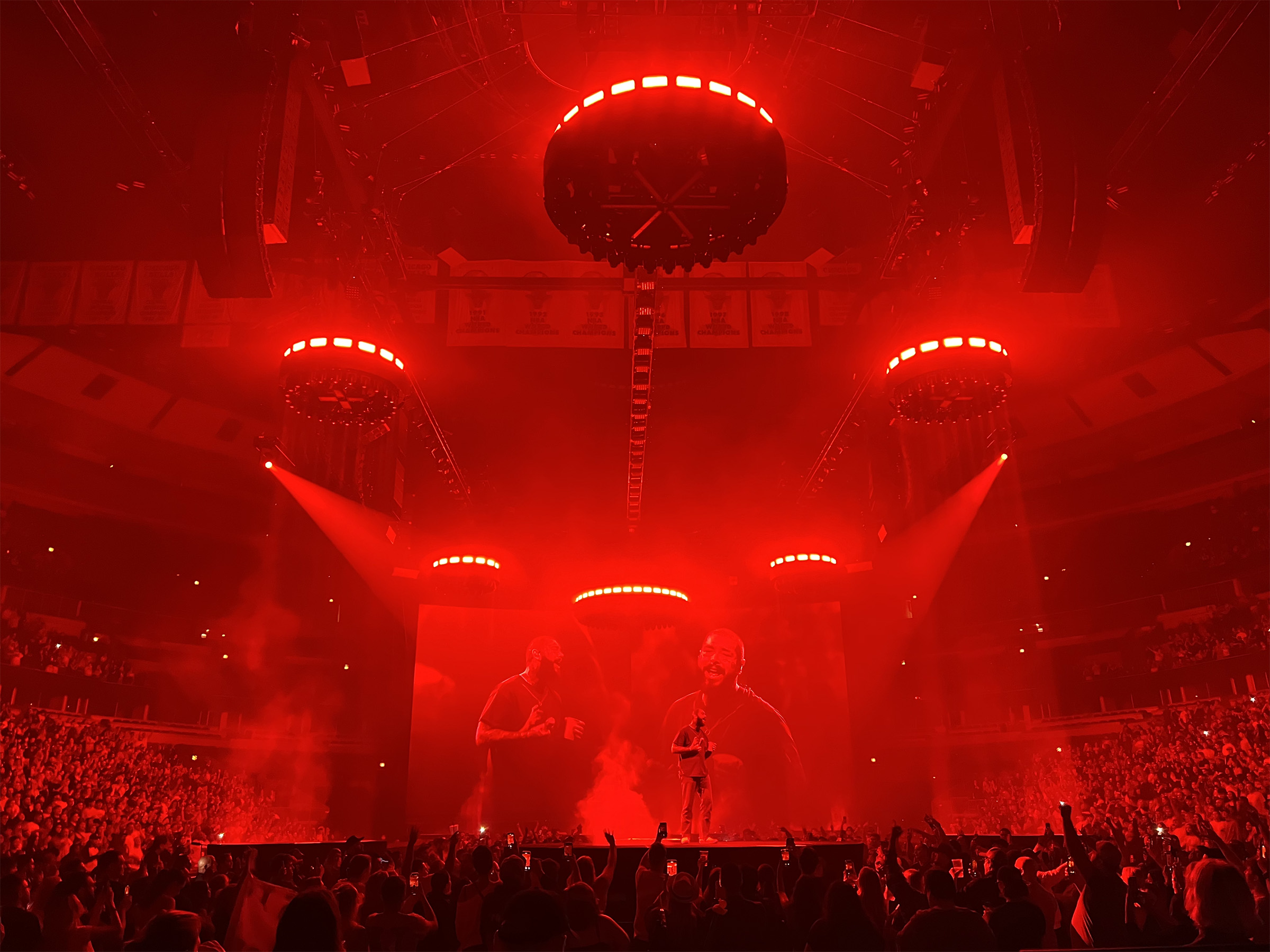 In fact the JDC1s have been a long-time workhorse for Post Malone shows, and with so many on this tour they provided the necessary punch to light up the entire arena. “I chose the JDC1 in particular because I love the white strip in the middle,” says Norman. “There is something delicate about arranging them on the automated circle pods over the seven circle stages, and glowing them at 5%. You get this halo that is so ethereal, giving such a clean and cool look.”

With the number of songs in the show, combined with the automation moves on the pods, he also wanted a fixture that could tilt and be used for multiple purposes. “We shine the JDCs outward, using them either as blinders, glowing architecture or quick high power white snaps, and then deep saturated red and blue. I also tilt them inwards and glow the mechanics, chains, cables and structure of the pods to make them feel like they are alive and breathing.”

Returning to GLP’s impression FR10 Bar battens, Dan Norman is a big fan of the RGB and white: “Having a white chip in LED products makes creating less saturate colour way easier – and they look great on camera. We use a wide range of colour on this show, typically using one or two colours plus white for a song, which provides a clean look and is easily distinguished between songs.

“We love to see Post in silhouette, with plenty of fog… and the FR10 Bars create that epic look.” 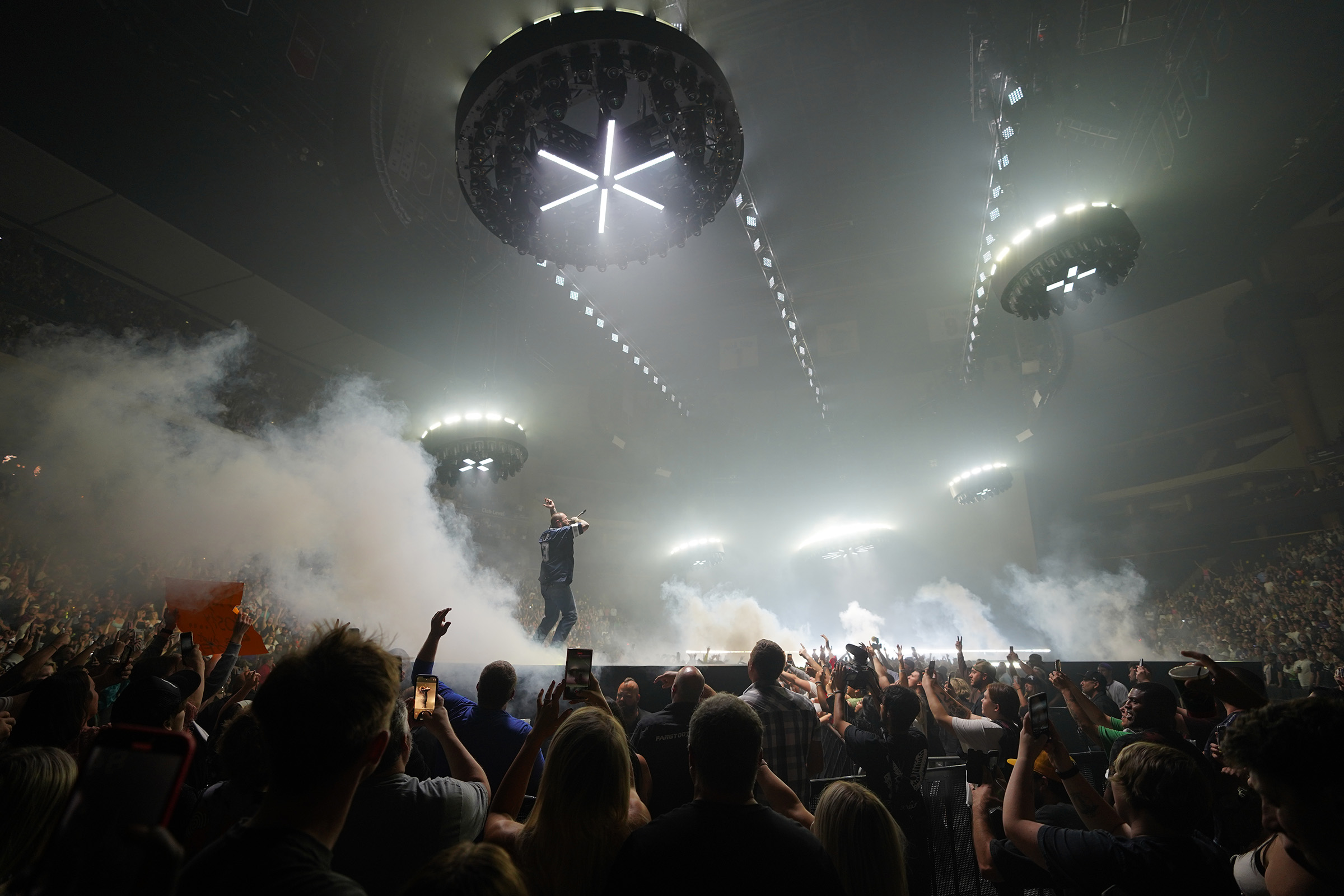 The lighting cues were programmed by Dan Norman on a grandMA3 full-size running MA2 software, assisted by associate programmer Eric Christian, while ‘Six’ is the touring LD.

Of the PRG team, he describes account rep Burton Tenenbein as “a pleasure to work with.” The crew itself was led by Terry Mueller, with systems tech Patrick Sieg, and featured Ryan Textor, Lindsey Norman, Johnathan Reese, Zachary Hair, Edin Castaneda and Randy Foote.