Located on the south bank of the River Thames in the London Borough of Wandsworth, Battersea Power Station has been a major part of the London skyline since construction started in 1929. Notable for its Art Deco interior and exterior design, the structure has recently benefited from a transformational development program which has used lighting throughout the site to fully express the design and unique features of this iconic building. 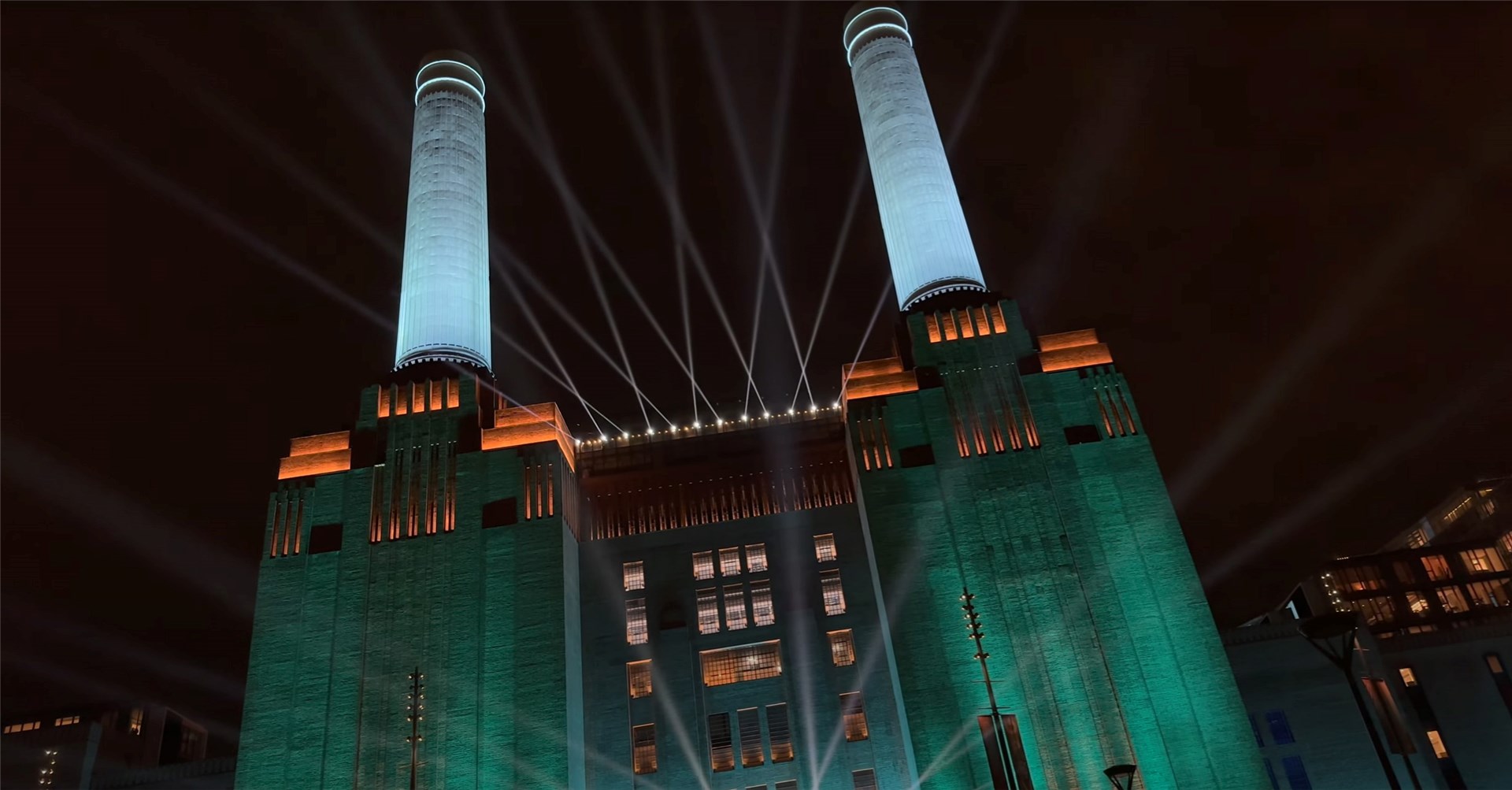 A New Chapter for an Aging Icon
Having a huge role to play in the redevelopment of Wandsworth, the ever-changing London skyline and modern pop culture, Battersea Power Station can arguably be called one of the most precious buildings in the UK. Re-development projects on listed buildings like this are consequently challenging, so it’s crucial to get the right people and products to make the project a success.

The main visual elements of the building are the four white chimneys that stand at each corner. These off-white structures are made from concrete and stand 103 metres (338 ft) tall with a base diameter of 8.5 metres (28 ft) tapering to 6.7 metres (22 ft) at the top. Dominating the skyline of the surrounding area, these chimneys can be seen from all directions and so illuminating these structures was vital to the external identity of the building. 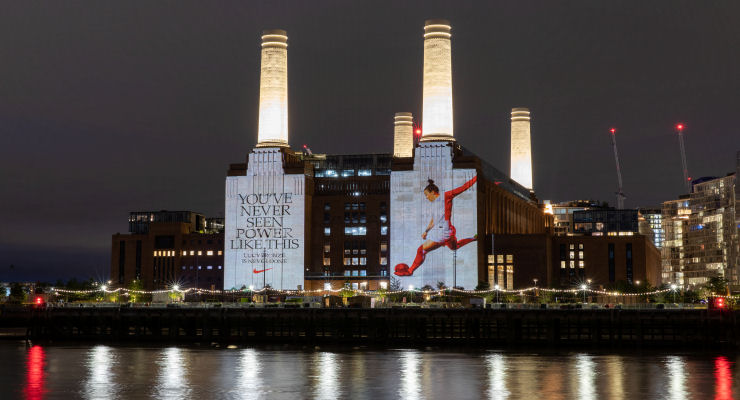 The Team and Assignment
SGM Light UK and market partners Architainment UK worked together with the design team to provide a lighting solution for the chimneys. Having contemporary and historic residential buildings in the same development, it was important that the chimneys could blend into the surrounding lighting masterplan by displaying a tasteful, warm-white. But equally important was the ability for the chimneys to provide some flair and really show off the uniqueness of the building for special events.

SGM i-2 RGBWs were selected after several mock-ups. The fixtures were installed in a ring at the base of each chimney over a period of days. In fact, due to the powerful output of the fixtures, they are used at around 30% of maximum output most evenings, which will extend the life of the LEDs far into the future. 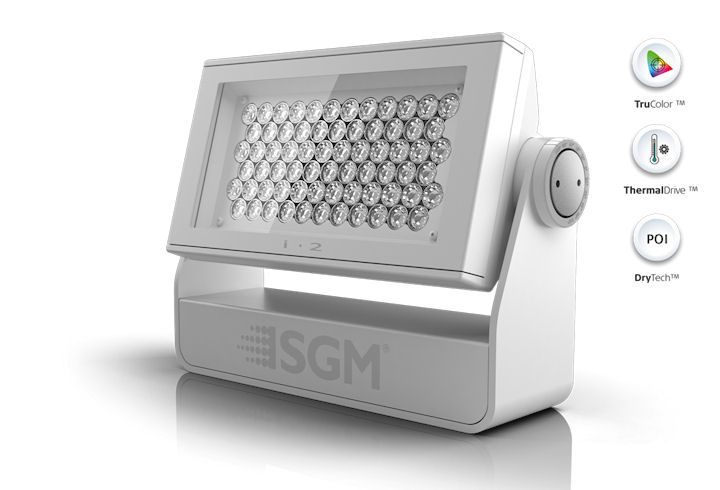 The i-2 has an 8° beam with a 17° field angle. This provides a near 2:1 beam/field ratio which on a narrow beam like this is a perfect balance between blending light from multiple sources but also controlling spill to maintain dark skies. Glare shields were added to lessen the profile of the lighting so the chimneys could be the centre of attention.