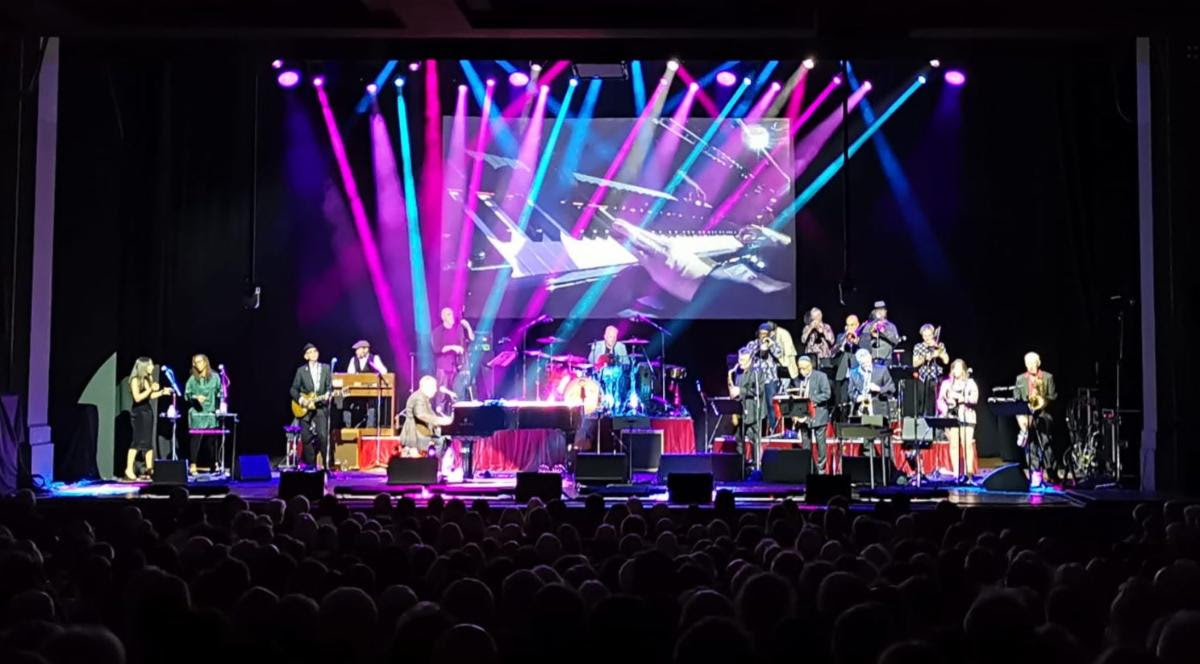 The VL2600 Profile fixtures were supplied by Peterborough-based Pearce Hire, which was the first company in the world to invest in them back in 2018. Pearce Hire has supplied the lighting rig to Jools Holland’s Rhythm and Blues Orchestra tours for more than a decade and worked with Fairfield to specify the VL2600s. “We knew the VL2600s were just perfect for the needs of the Jools Holland tour,” says Fairfield. “The consistency of the smooth light output from the LED engine across the rig versus a discharge fixture was a game changer.”

For the tour, Fairfield has rigged 20 VL2600 Profiles in the standard rig, with a further six going out for the flagship show at London’s Royal Albert Hall. Eight are being used as key light on the front truss, which Fairfield says is “working great as I use iris, framing shutters and the brilliant zoom range to achieve great key light without spilling out to monitors and mic stands and so on.” A further six VL2600 Profiles are hung on the mid truss and another six are on the back truss.

“There are around 27 numbers during the show and by end of it I’ve pretty much used every trick the VL2600s have to offer,” Fairfield continues. “The gobo range is really good, especially when used with some zoom effects. The beams in the smoke are really crisp and with just the 12 overhead I can encase the whole big band in a break-up curtain of light.

“The zoom range verses the intensity of the VL2600s also really impresses. When you zoom out, you usually see a reduction in intensity, but the light output doesn’t seem to reduce as much on the VL2600 Profile. The dimmer curve is also very impressive.”

Fairfield says he was free to design the lighting for the show as he wished, taking into account that the ‘big band’ feel of the show required dynamic looks for the songs that go big, involving all 16 performers in action, but also needed moody and textured looks for the slower numbers.

“There are a few standout moments when the VL2600 really cuts through and looks really great,” adds Fairfield. “One particular moment is in a song called ‘Crushed’ that has guest vocals from [Fine Young Cannibals lead singer] Roland Gift. It’s a pop track and I use a lot of saturated color. The VL2600s are in a burst break-up and they cut through really strongly, using a smooth intensity chase.”

“I adopted an approach of really paying attention to the musicality of the numbers to highlight the sections of the band relative to the song and where the audience focus should be. Having a fixture like the VL2600 Profile that can do everything from key light to strong color looks to nice break up beams was perfect.”

Pearce Hire’s John Huson comments: “The VL2600s were our first foray into LED moving profiles, and they’ve been a successful part of Pearce Hire’s inventory. Paul Fairfield is using them to the their full potential and creating some great looks. We are really pleased to have invested in them.”

A plethora of big-name guests are joining the Autumn Tour, including Vic Reeves, Lulu and Celeste. Jools Holland’s Rhythm and Blues Orchestra plays dates across the UK during November and December, with two nights at the magical Royal Albert Hall.