Held every four years, the second European Championships took place this year in Munich, bundling together a variety of sports. While most of the competitions were held in the Munich Olympic Park, the beach volleyball and climbing competitions took place embedded within the impressive neoclassical architecture of the Königsplatz. 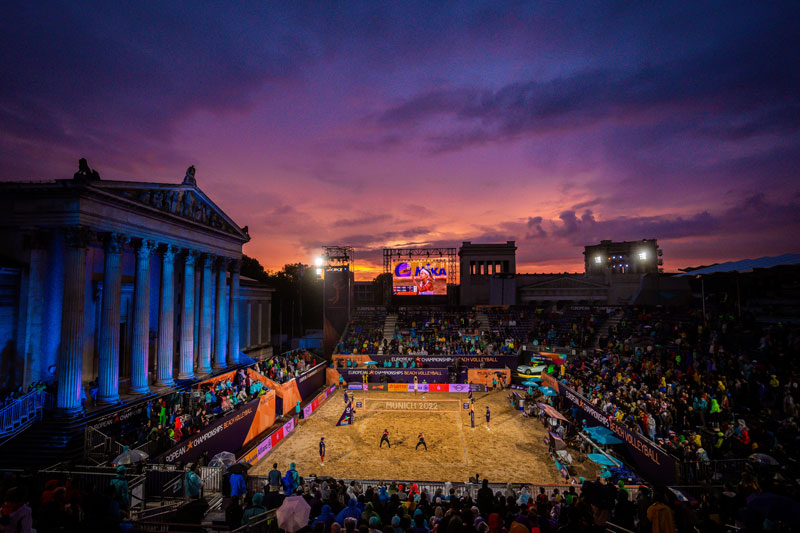 PRG was the general technical service provider, responsible for the lighting, audio, video and rigging elements. For the outdoor competitions on the Königsplatz in particular, lighting planner Matthias Allhoff turned to the innovative ArenaLED System from GLP. This was specially developed for sporting events, having been overseen by GLP’s Oliver Schwendke.

ArenaLED is a modular and extremely efficient system for sports facilities, based on the latest LED technology – and one that can be installed in arrayed clusters.

With an efficiency of 145 lm/W, each ArenaLED module generates a luminous flux of more than 20,000 lm with excellent light quality of CRI 90. The individual intensity control and the optical features, with dark sky effect, are highly authentic in front of the camera.

The fanless lighting system boasts an extremely robust design for problem-free continuous operation, which is why it is also suitable for permanent installations. The ArenaLED is available in different rental/touring and installation variants. 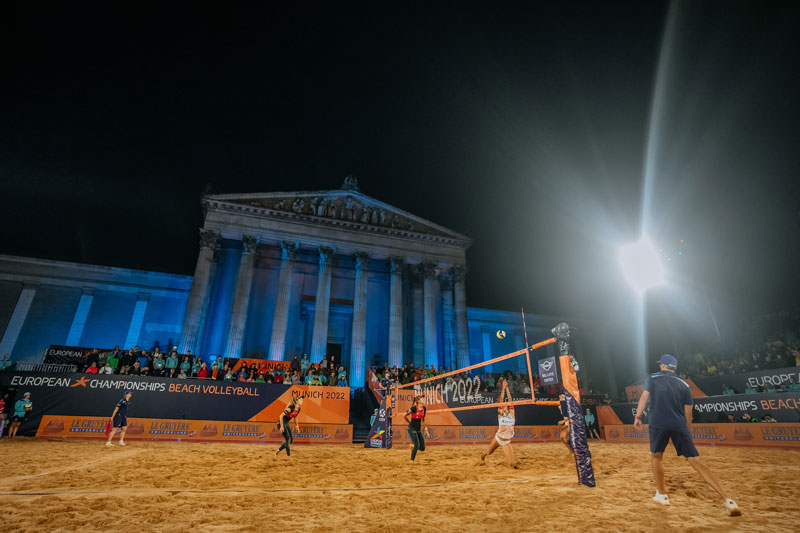 While the touring version features DMX In/Out, the installation model supports DoP (DMX over Powerline) technology. This allows control data to be transmitted using the existing power line, which saves an additional data cable and avoids interference that can occur with radio transmissions. Both the installation and the rental/touring variants are available in both white light (5,700 K) and RGB versions.

Various light output characteristics are also available for the ArenaLED modules, which ensure optimum homogeneous illumination for all lighting requirements.

These were used by Matthias Allhoff to realise the sports lighting both on the playing field and as front light for the audience. 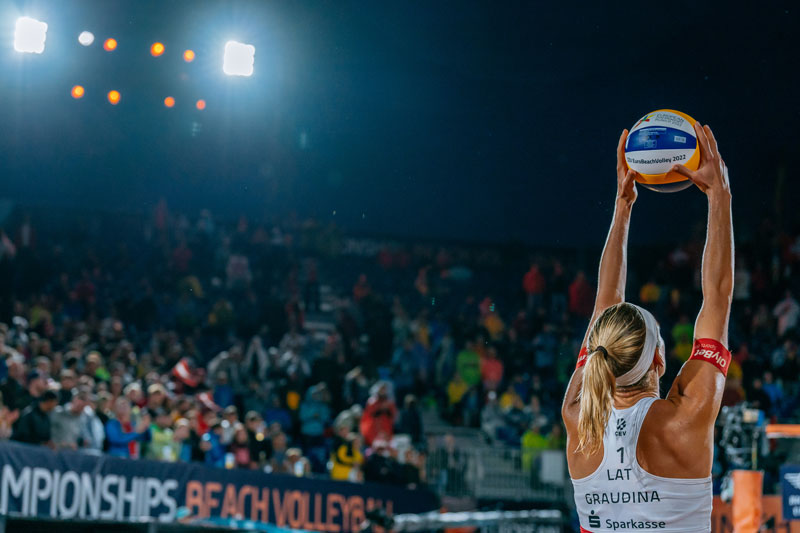 “With its light output of well over 100 lm/W, GLP’s ArenaLED System is incredibly bright and offers very good light quality,” says Allhoff. “The individual ArenaLED modules, each with more than 20,000 lm, can be fully illuminated and dimmed very easily. The option of combining several ArenaLED modules into a lighting array enables ultra-bright floodlighting that is ideal for use at sporting, and other major events. Such a system is also extremely efficient for industrial events with large ceiling heights, such as car trade fairs, architectural installations, outdoor TV productions and for site lighting in escape scenarios.”

He continues: “The ArenaLED System absolutely proved itself at the European Championships and, in my opinion, is clearly superior to common LED spotlights in the applications mentioned – whether PAR or Fresnel, which are much darker and less efficient due to their optical construction. With 72 units, we were able to present beach volleyball matches on the Königsplatz, even in the late evening.”

In addition, 32 GLP HIGHLANDER Wash were used to illuminate other locations (eg entry of the athletes, time-outs and players’ benches) and partly as architectural lighting.