The St. Jakob Park, locally referred to as “Joggeli”, looks back on a long history. The largest stadium in Switzerland follows a new construction managed by the architects Herzog & de Meuron. After several extensions, St. Jakob Park is the first multifunctional venue in Switzerland with apartments, a shopping center, restaurants, department stores, and is also a UEFA Category 4 stadium. During the most recent modernization in 2020 and 2021, the owner, FC Basel 1893 renewed the entire sound system with RCF sound systems. The under-balcony PA system and the entire grandstand PA system have been upgraded with RCF loudspeakers. Power amplifiers and audio matrix systems have also been replaced. In particular, the client chose passive systems of the HL, HVL, and P series from the Italian manufacturer to renew and improve the sound experience. 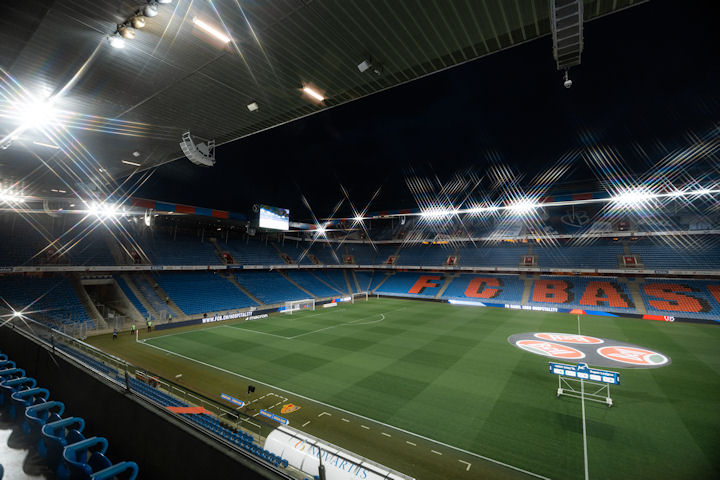 Since the modernization took place during running games of the season, the team around Martin Reich (audioconsulting ag) implemented the renewal of the audio system in three phases. First, the amplifiers and the audio matrix were replaced, followed by the installation of the under-balcony fills, and as a final step, a completely new sound system for the grandstands.

Martin Reich, CEO of audioconsulting ag, draws a first positive conclusion: “After the first few games, we have received very positive feedback. The music reproduction and the coverage by the new RCF systems have become more homogeneous in comparison, and speech intelligibility has also improved distinctly. With the line array systems, we can make much finer adjustments in terms of quieter and louder sections than was ever possible with the previous point-source loudspeakers.” 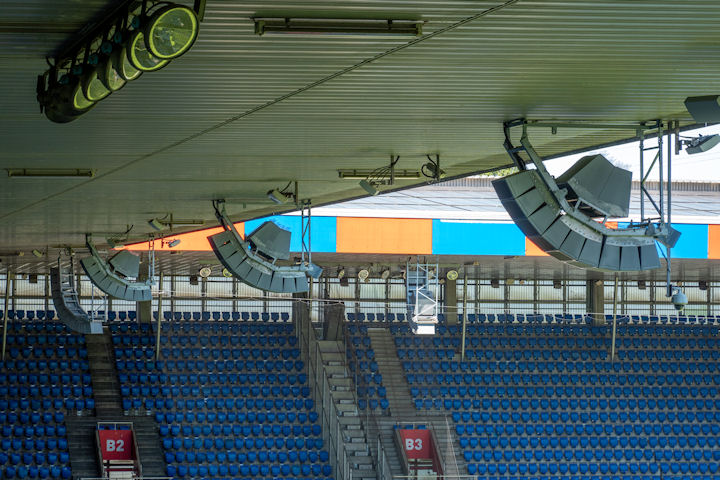 Due to the high acoustic requirements of the UEFA directive for a stadium sound system, the excellent experience with RCF loudspeakers in several Bundesliga stadiums, the decision was made to install loudspeakers from the HL, HVL and P Series. In total, the grandstand PA system comprises 205 HL 40 line array elements, 30 HS 2200 high-performance subwoofers for the main PA, and ten HVL 15 loudspeakers for the corner PA. A total of 3308 P 422 loudspeakers, specially manufactured in Basel-Red color, are used to reinforce the under-balcony areas and the walkways.

Georg Hofmann, head of the RCF Engineering Support Group (ESG) in Germany, talks about the installation: “With such a large installation in a stadium, it was not only necessary to take into account the structural and acoustic conditions, but also the use during operation. With the new RCF system, St. Jakob Park has a sound reinforcement system that has both optimized voice reproduction, including emergency alerts, and massively improved music reproduction, in terms of sound quality and power output.” 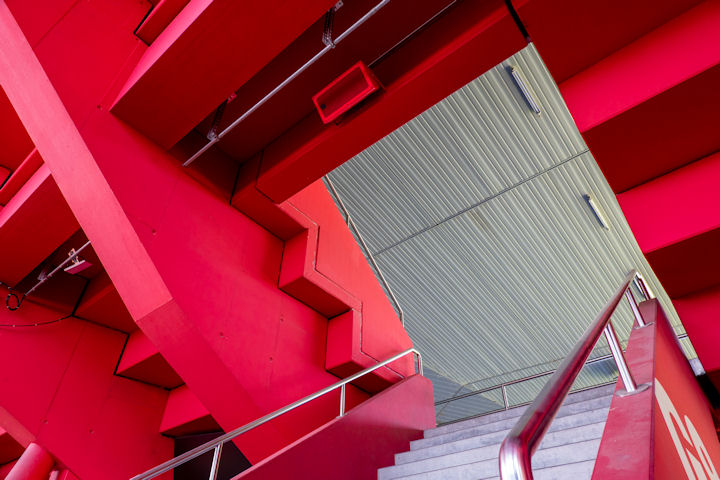 The RCF systems fulfilled all benchmarks in the decision of FC Basel 1893 as operator of the St. Jakob Park stadium and audioconsulting ag as an installer. The most important criterion was the improvement in speech and music reproduction, which is largely achieved. The audio system is also used for safety-related announcements, so it must guarantee the requirements of the Swiss SES guideline SN EN 50849. Equally crucial was a seamless transition from the old to the new system and excellent weather resistance and reliability parameters during day-to-day operation. The system can be controlled and monitored remotely, virtually down to the smallest transducer.