LDI concludes with the customary LDI Awards, which honored booths, projects and products featured in Las Vegas this year. Jessi Cybulski, LDI director, welcomed the various participants, inside the Circle Bar, once again provided by Andrew Gumper and AG Productions. The Paky Award was created in 2014 in honor of Mr. Pasquale “Paky” Quadri, founder of Claypaky and one of the leaders of the international lighting industry who passed away that year.

The third annual Sustainability Award to Hazebase America for cleverly using their shipping materials as display furniture to reduce the need to cut down trees. The award was accepted by Bruce Bandy.

Environmental Lights utilized their own gear to build their booth in a clever and engaging way–a small booth that really stood out among the larger booths. Robert Dempsey and Michael Krupinsky acccepted the award.

Best Creative Use of Light

ACT Entertainment for a great guest experience, with a large number of well-placed consoles, and that all the lights hung in the air are also in the floor display. Darius Seabaugh and Ryan Hindinger accepted the award.

CHAUVET Professional did an amazing job of bringing the outside inside to highlight their IP 65 rated gear. Caroline Chauvet accepted the award.

enCaption by ENCO Systems is a new solution for bringing fully-automated, onsite-generated captions to the live event & entertainment industry. It’s a fast and highly-accurate fully on-premises solution that needs no Internet and can be fed to a variety of display platforms. The award was accepted by Bill Bennett.

The judges recognize the new Hubbell Twist Lock Edge series for improving speed and safety for wiring and maintaining the connectors used in our daily work. Their spring tension terminal technology is a simple but substantial upgrade to an age old design. Roy Itzler accepted the award. 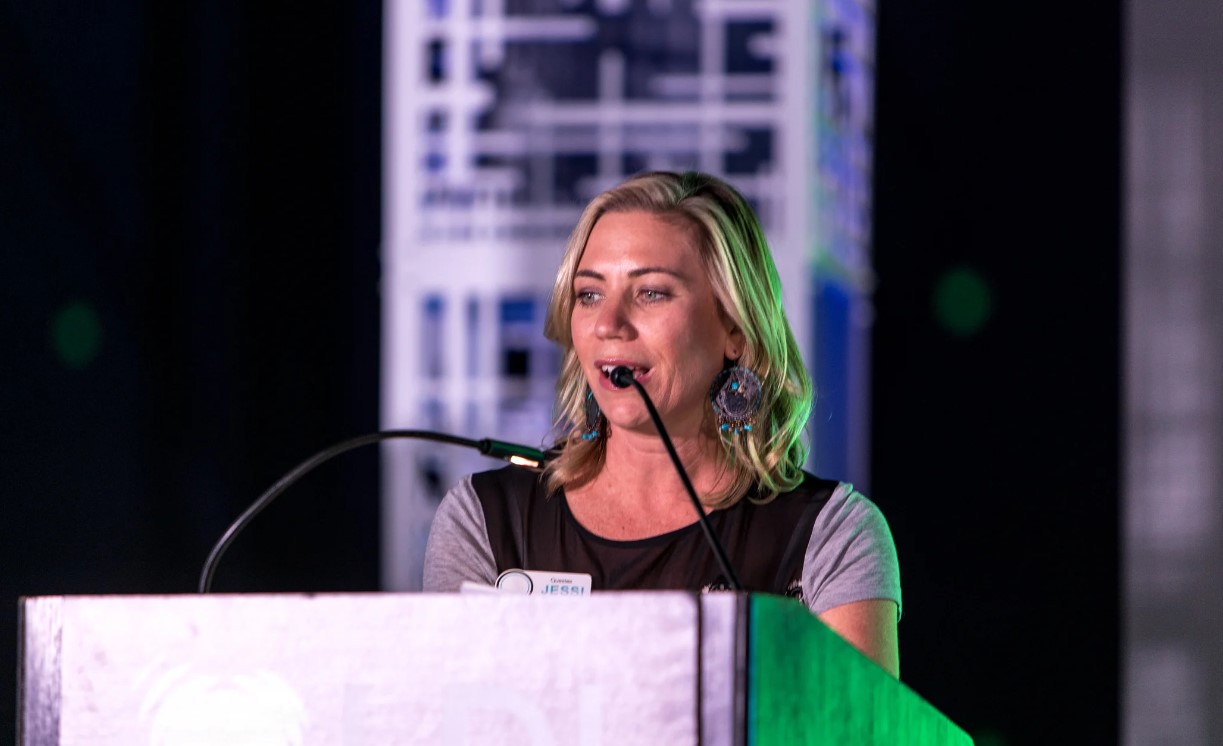 The Smoke Genie – Smoke GENIE is a Game-changing handheld Smoke Machine for Creators.

THE FAB HAZER by Hazebase America impressed the judges with several innovations to haze technology, including improvements in fluid technology, cleaning technology, sensors that tell you when it needs fluid, versatile hang-ability, and QR codes for manuals and MSDs. Bruce Bandy accepted the award.

This award went to Muxwave Transparent LED Screen by Shenzhen Muxwave Technology. The judges were wowed by Muxwave’s  transparent LED screen’s almost invisible led surface. Its total lack of internal vertical support means there is nothing interrupting the visual story telling for the audience.  It is also ultra light weight and innovative in it execution. Jestan Yin accepted the award.

CRMX STARDUST by LumenRadio Capable of delivering eight DMX/RDM universes and expanding the function of Cognitive-Coexistence with the new Fleet Alliance*, it has an enhanced radio design that allows for record breaking ranges on all eight universes simultaneously.

ProPlex BuckBoost System by TMB. The BuckBoost Drive System overcomes the cable length challenge of low voltage LED lighting by centralizing both data and power through a single cable.  The system is completely programmable making it a simple installation for any electrical contractor. Ainar Pastars & Colin Waters accepted the award.

MAC AURA XIP by Martin, a premium moving head wash light with a radical aura filament effect and full pixel control with video mapping capabilities onto the beam, aura, or both.

The SULLY 4C by Robert Juliat, which has an interactive color-control system that allows users to create the exact color and fade characteristics emulating any type of lighting fixture. François Juliat and Ryan Hindinger accepted the award.