The MVM Dome is one of the largest multifunction venues in Europe and Europe’s largest handball arena. With a seating capacity of over 20,000, it was designed by famous Hungarian architect Mr. György Skardelli, built by Market PLC and handed over at the end of 2021, just in time to host the 2022 European Men’s Handball Championships. 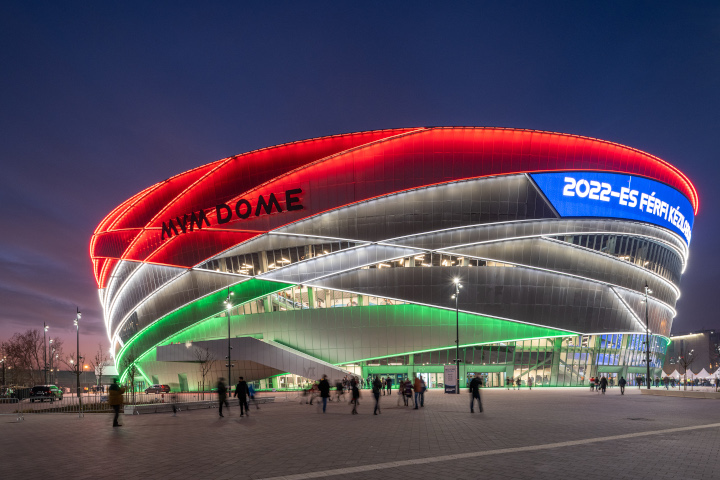 The brief received by audio contractor Budapest-based ZAJ Systemhouse Ltd was to ensure extremely high intelligibility, 106 dB SPL and even coverage throughout the venue, including the seating and playing field areas. The stadium’s rig comprised a total of 48 Outline Stadia enclosures (twelve ‘100-10’, twenty-six ‘100-20’ and ten ‘100-30’), sixteen STSUB 215 subwoofers and a GTA (Grand Touring Amplifier) powerhouse.

Tamás Fazekas, ZAJ CEO and founder, states, “We proposed the [Outline] Stadia rig as one of the world’s highest quality sound systems specifically engineered for stadium sound, therefore the most suitable for this project, and the company’s reputation was sufficient to ensure its acceptance without any real competition.” 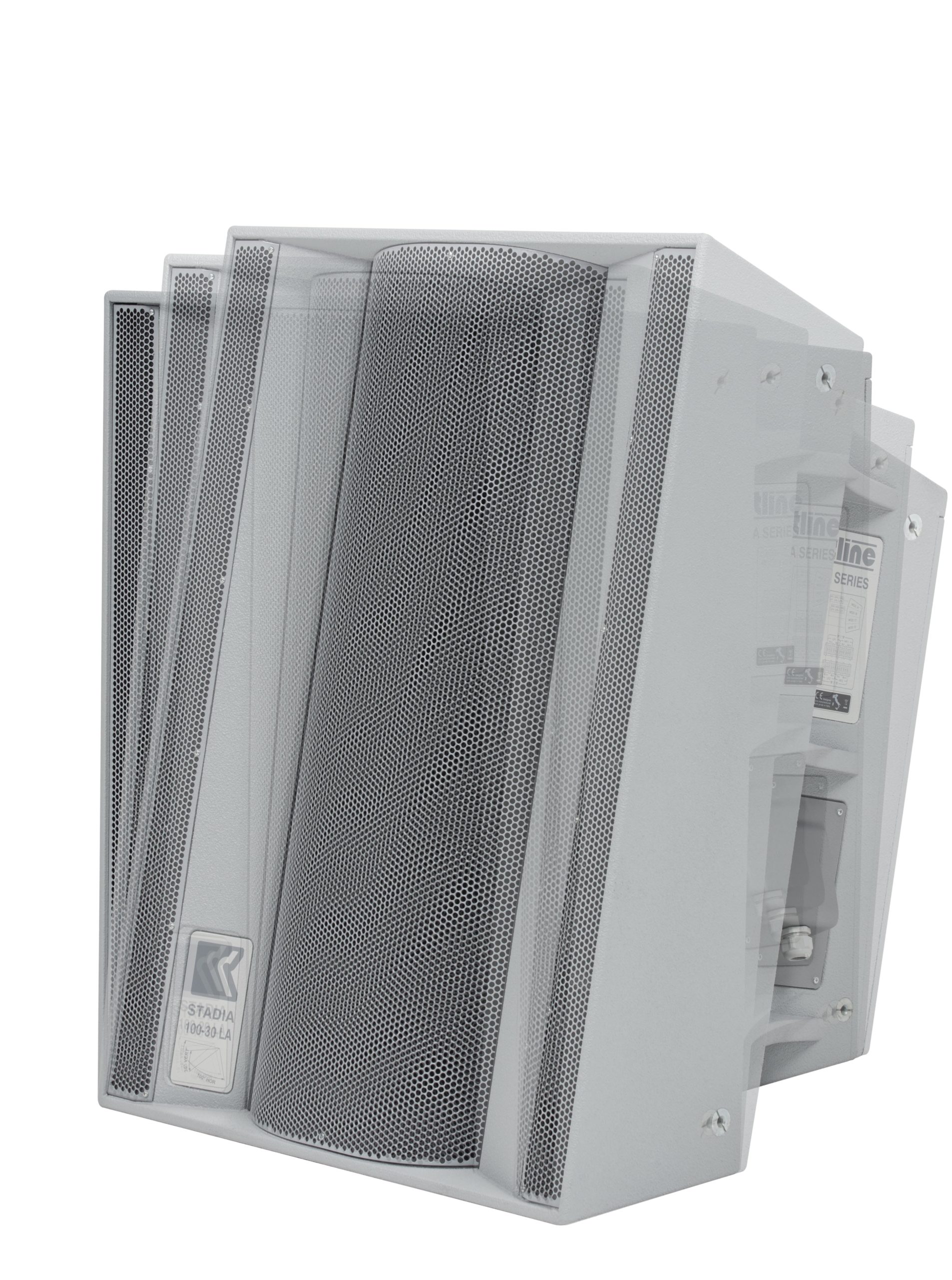 Two years passed from when the first design was drawn up to the definitive version and, during that period, the client’s requirements evolved and expanded, resulting in one of the most versatile multifunction venues, as well as one of the most modern.

However, thanks to the Stadia system’s flexibility and efficiency (although each cabinet appears to be a point source at first glance, in fact it is an array combining four of Outline’s famous road-proven Mantas modules in a single unit with Outline’s patented D.P.R.W.G. waveguides), expectations in terms of system performance were exceeded in spite of the change in the set-up’s format. This was also achieved thanks to Stadia’s very long throw and exceptional directional control.

As on many other prestige projects, Outline’s powerful OpenArray 3D software ensured a high-precision preview of the acoustic results that were effectively obtained once the rig was in place. 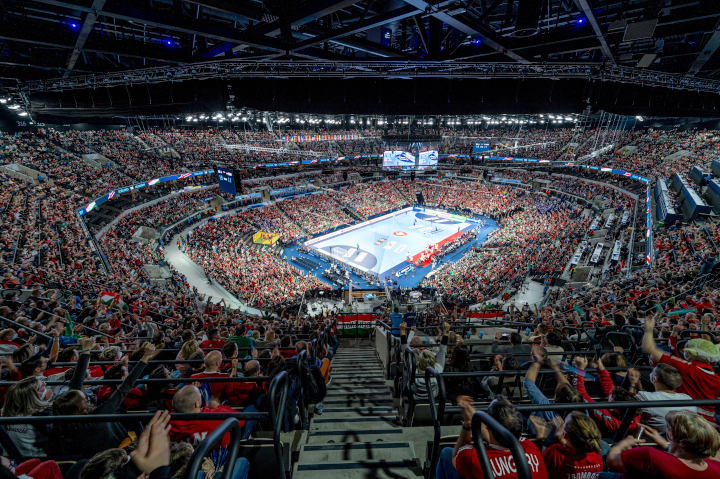 Fazekas enthused, “The system was very well-accepted and is working fine. We are very happy and satisfied with the sound quality and measured parameters which are truly excellent, and this project once again confirmed our belief in the supremacy of Outline audio products.”

“This is a very high prestige project, as the Outline system amplifies one of Europe’s largest and most modern arenas, so this reference opens the door for such large-scale projects with Outline as the manufacturer and Zaj, as designer and integrator worldwide.”