VOLERO WAVE is a new LED bar, with original and innovative features. It is made up of a system of eight moving heads, each one independently capable of a 220° tilt, thus producing never-seen-before three-dimensional volumetric projections. 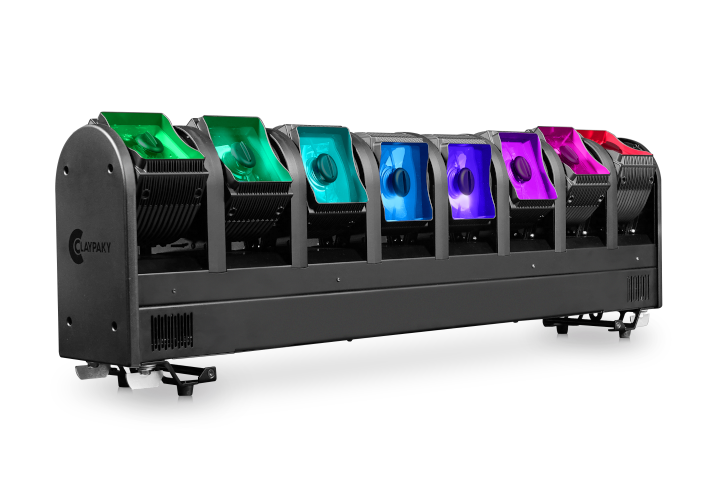 Each of these heads contains a brand-new mirror-based optical system combined with 40W RGBW LEDs; the innovative concept behind Volero Wave was to be able to move the entire light source on its axis, thus preserving the same intensity of the light flux in any position of the tilt range. The beams always appear extremely sharp and collimated, parallel to each other thanks to the 2.9° projection angle. Their synchronized movement produces an impressive wave of light, all the more overwhelming the more Volero Wave units you seamlessly connect to each other. When fitted on the Claypaky Panify, they can even be provided with an endless variable-speed pan rotation, making the Volero Wave the most dynamic effect light on the market.

XTYLOS FAMILY: the Xtylos is the result of years of joint studies and design carried out by Claypaky and Osram regarding both performance and safety in laser engine-based light sources. In compliance with the regulations governing the use of products that incorporate a laser system, today Claypaky is the only manufacturer having laser-driven moving heads approved for the worldwide tours. Specifically for the United States, we have implemented a Xtylos program to support our customers in getting the authorization by the FDA through the issuance of their own variance, in adopting the variance and in maintaining variance over the years. We are continuously creating the next perspective, with the Xtylos Aqua featuring marine-grade C5-M protection and with the Mini Xtylos HPE, more energy efficient than any other beam fixture so far…. and more is yet to come! 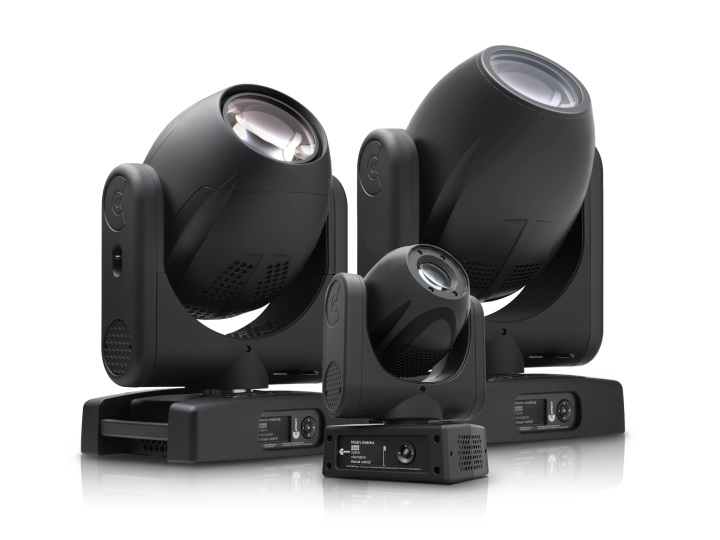 Adding to the family of the award-winning SHARPY fixtures, Claypaky introduces the SHARPY X FRAME multifunction luminaire. It takes the best features of the Sharpy line and integrates a four-focal plane shutter system in a lightweight, compact unit. As a completely hybrid, multifunction fixture, the SHARPY X FRAME not limited as to beam effects, it can also be a spot, profile, or wash unit.

VOLERO BATTEN AQUA is the Claypaky high-performance LED moving batten, featuring IP66 protection rating. The light source is made up of 10 x 60W Osram RGBW LEDs, adopting extra-wide 80x80mm lenses and some important features like the separate control of the Zoom in 2 groups from 5 adjacent lenses. With its standard Wireless DMX control, a large number of effects and built-in macros it is the perfect lighting effect for the touring, event, television and installation market, and works equally well for both indoor and outdoor applications.

TAMBORA LINEAR is an advanced line of static LED Pixel mapping bars designed for versatile lighting effects and artistic set decoration. These are hybrid bars, which incorporate two complementary effects into one fixture: the first is driven by a system of 400 RGB pixel LEDs, which offer a background light very similar to that of a high-definition LED wall in appearance. The second effect is created by a central line of 200 extremely powerful white LEDs for an overwhelming strobe effect.

TAMBORA FLASH is the only hybrid fixture on the market that can act simultaneously as a strobe, wash and blinder, specifically designed with a modular approach for use in a linear array, to offer new creative opportunities to lighting designers. Tambora Flash features an IP66 degree of protection, which guarantees its ideal use in outdoor applications.