Mikki Kunttu, Finland’s most successful lighting designer and visualist, marked his 50th birthday with a four-day celebration, “In the Light Mikki Kunttu” at Tampere Hall in Tampere, Finland.  The festival saluted Kunttu’s impressive and diverse career with a concert performance of “The Planets” by the Tampere Philharmonic Orchestra, a gala evening, an exhibition and a professional seminar, among other events.  For “The Planets” Kunttu utilized 58 Mini Xtylos HPE fixtures by Claypaky, a partner in the birthday celebration. 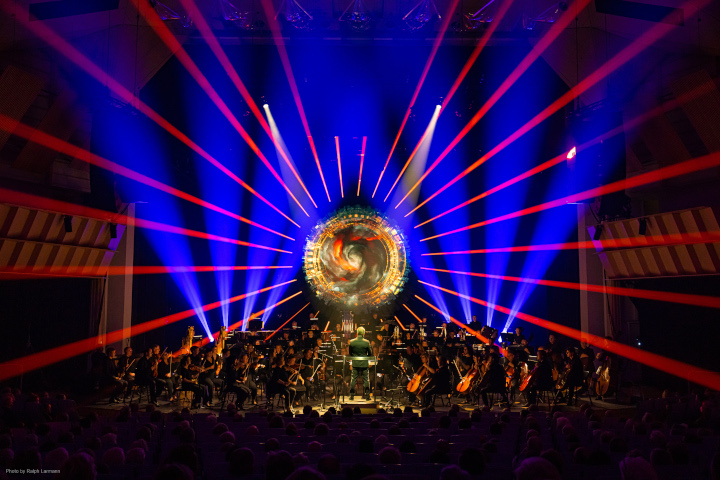 Kunttu is an award-winning lighting, set and screen-content designer for the visual and performing arts, as well as for live entertainment and television.  He is known as a visualist and lighting designer for Cirque du Soleil, headed the visualization of the National Opera’s Ring series, and worked as a visualist on the Eurovision Song Contest.

For the concert portion of “In the Light Mikki Kunttu,” the Tampere Philharmonic Orchestra took on Gustav Holst’s seven-part masterpiece, “The Planets,” one of the best-known classical compositions of the last century.  It served as the canvas for Kunttu to paint with light and enthrall the audience.  Helping him to achieve his visual goal were 58 Claypaky Mini Xtylos HPE fixtures, whose dynamic beams, vivid colors and speed enhanced the interplanetary journey.

“Central to the design was a circular projection surface that also had a special set piece built onto it,” says Kunttu, with the projections displaying each unique planet.  “The projection, however, was not to be the main player in this design – instead, the main player was the lighting and especially Claypaky’s new laser sources.  Having the new Xtylos family of fixtures out and available was perfect for this particular production as that was exactly the quality of lighting I was looking for.” 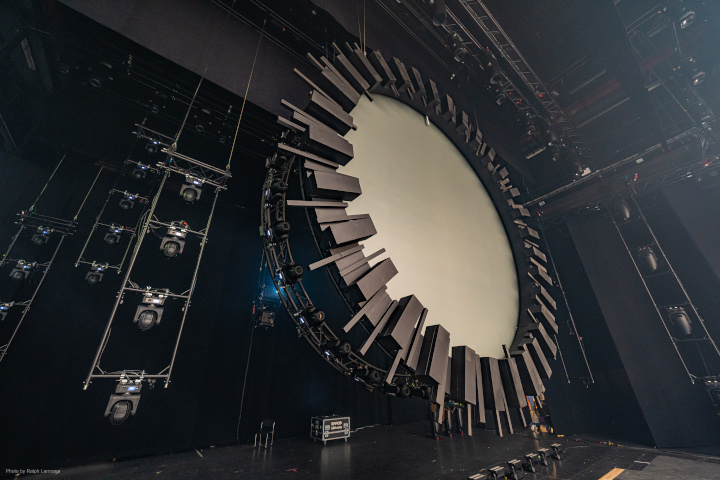 Kunttu positioned the fixtures upstage behind the orchestra with 30 mounted on a 6-meter diameter circle truss and 28 on ladder structures upstage of the screen.

“I was very, very happy with the Mini Xtylos,” reports Kunttu.  “It is incredibly powerful when you think of its small size: The specialty of this small fixture is that its beam is directly in the heavy-weight league.  It is the perfect tool when this type of high-contrast beam is needed – it’s really a new Sharpy.  If a laser-type beam is what you are looking for, the Mini Xtylos delivers it 100 percent.  It’s surely going to be an addition to my toolbox from now on!”

He adds that, “The support from Marco Zucchinali, Lighting Designer Specialist, was as sensational as ever all through the production.  From the start, I thought that I would love to do this again with different orchestras.” 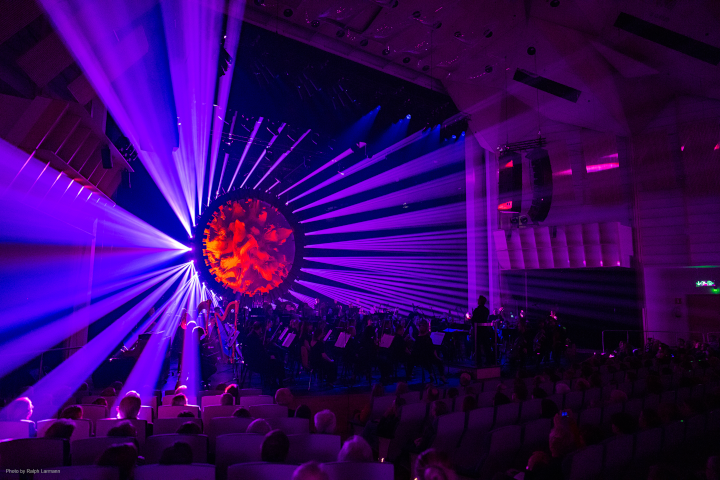