After scorching their way across America as co-headliners with Volbeat early in 2022, the spellbinding Swedish rock band Ghost returned as the solo headliner for a late summer continuation of “Imperatour.” On the earlier USA leg, the two bands had carried a Meyer Sound LEO® Family system, but for this tour segment Ghost punched through with a system built around Meyer Sound’s PANTHER large-format linear line array loudspeakers. 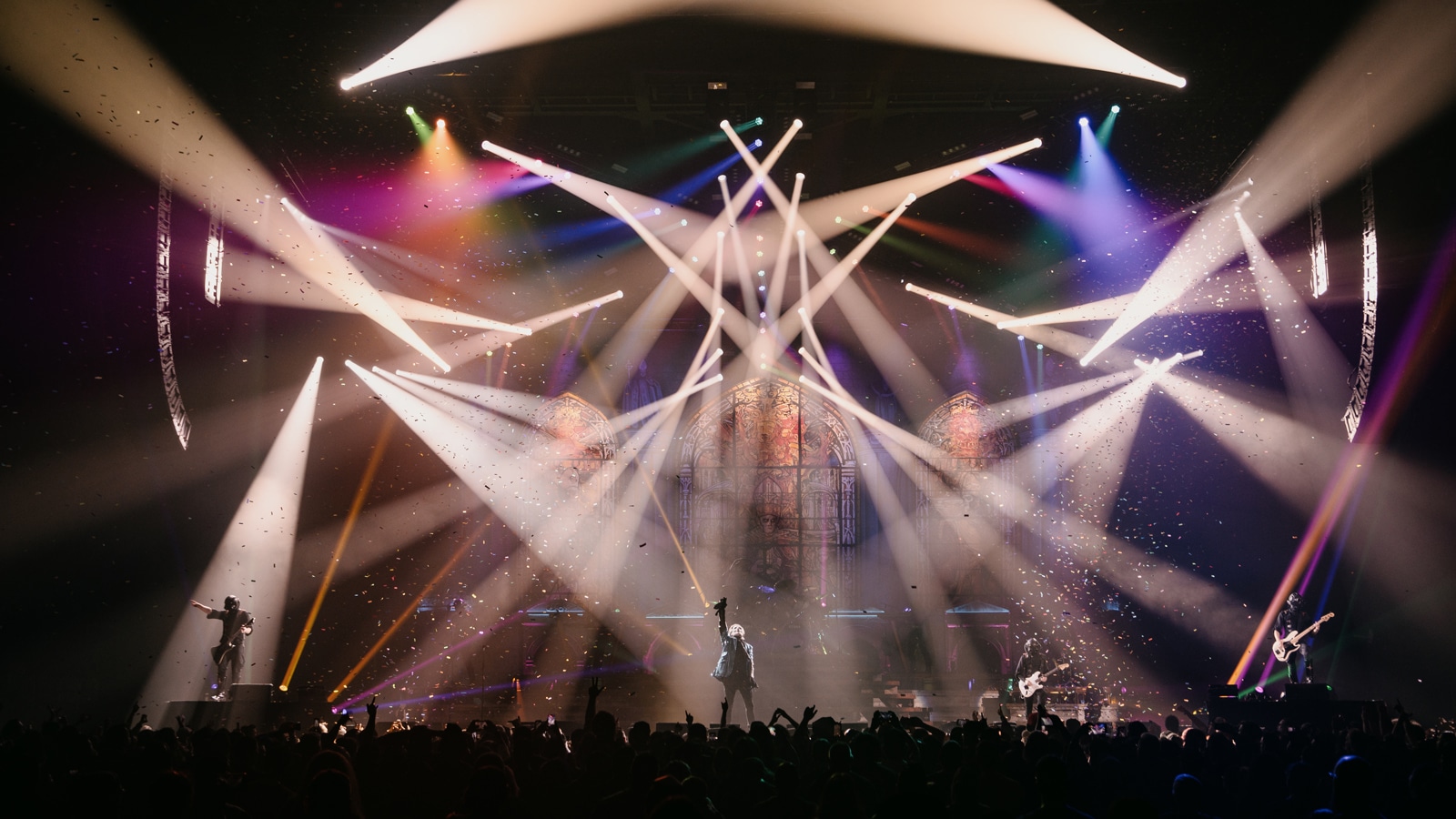 The systems engineer (SE) for both tour legs was Michael Lawrence, whose other hats include SE/FOH mixer for Miguel, senior instructor for Rational Acoustics, and co-host of the ProSoundWeb Signal to Noise podcast. Ghost’s long-time FOH engineer, Dave Nutbrown, was also back for the second round and he recommended taking out another LEO Family rig.

“The band had been in Europe for a couple of months in between, and the system we’d had earlier was booked for another client,” relates Lawrence. “We checked in with Josh Osmond at UltraSound, and he said he could help with another LEO Family rig, but then mentioned that their new PANTHER system — which was out with Dead & Company for most of the summer — would be available. I assumed it would cost a bit more, but when the quote from UltraSound came in, we were thrilled that the bottom line for PANTHER was actually less!” 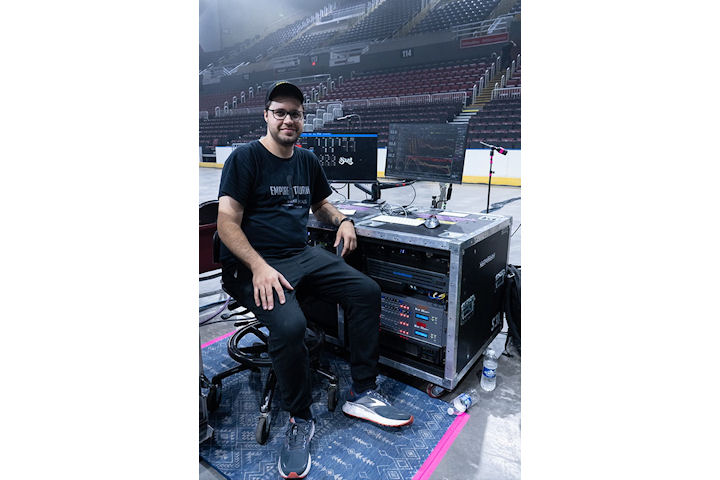 Versatility was the order of the day as the tour was booked into arenas of varying sizes, shapes, and importantly, trim heights. Lawrence optimized the rig for each venue, hanging as much power as the space allowed. For larger arenas, a typical configuration would fly 16 PANTHER line array loudspeakers for each of the left and right main hangs, all with the “L” narrow (80°) horn to maximize gain before feedback when the band uses a thrust that projects in front of the arrays. The 16 wide coverage (110°) PANTHER loudspeakers were all flown in the side hangs, with eight W cabinets over four L cabinets.

“Dave and I are always talking about ways to make things better for the audience,” says Lawrence, “and on this tour, we did some non-traditional things with the wide boxes. Usually, you put them at the bottom of your main hangs to fill in the center. But because the artist spends a lot of time on the thrust, we didn’t want to do that. With the L all the way down, we got about another 4 dB on the vocal mic when he was in front of the PA.

“As for the side hangs, putting the wide boxes on top just makes sense when you look at the shape of the side hang coverage in an arena. We did a MAPP 3D™ prediction, and it wasn’t just a little bit better in the upper corners, it was a lot better. We want the people in those seats to have the best possible experience, not just those in the front. The band really cares about that.”

The balance of the system comprised nine 1100-LFC™ low-frequency control elements flown per side in a cardioid configuration, bolstered on the floor by cardioid stacks of three 1100-LFC elements per side on the floor and two under the center thrust. Front fills were eight LEOPARD® loudspeakers deployed along the stage and thrust. Optimization and drive were handled by six Galileo® GALAXY 816 network platforms linked by a dual redundant AVB network with analog backup. 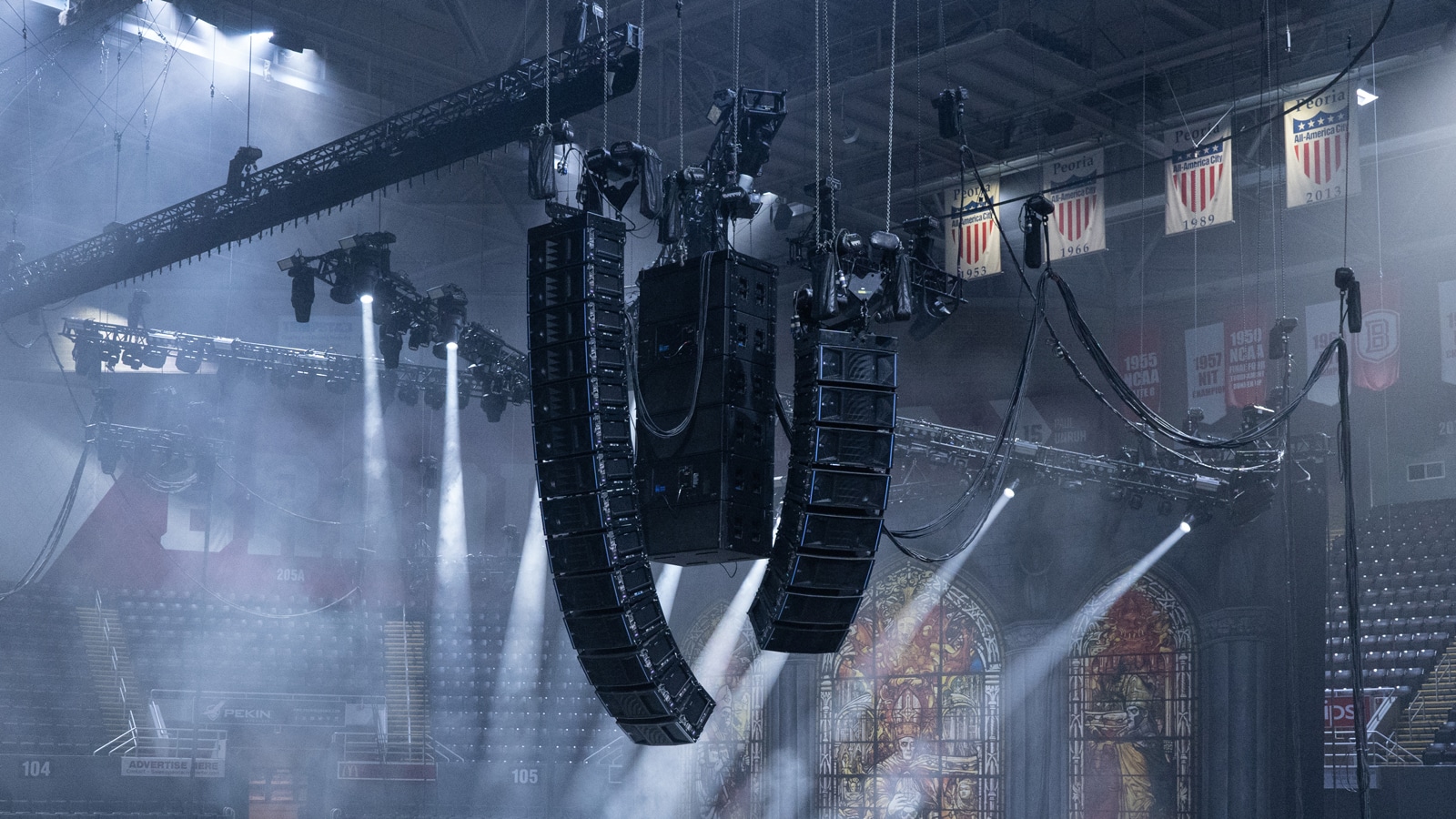 Lawrence meticulously tuned the PANTHER system for each show to achieve an exceptional degree of uniformity regardless of the space. “Our basic design is to have the level up no more than 3dB from FOH to the front row, and down no more than 3 dB at the far back rows,” says Lawrence. “But we still want the tonality to be consistent everywhere in the space, so you feel the low end the same way whether you’re in the front or in the back. We do a lot of work balancing the flown and floor subs to make sure that happens.”

As for the changeover from LEO Family to PANTHER, Lawrence noticed some subtle improvements. “For me, the PANTHER high-frequency horn has a cleaner impulse, with transients much better preserved. For example, in the first shows, we found we didn’t need nearly as much of the cymbal mics in the mix, and the same for the guitar distortion, where we could pull back that top end of the spectrum there as well. I saw a couple of reviews that said the overall sound was very good.”

FOH mixer Dave Nutbrown concurs. “The transition from LEO®-LYON® to PANTHER has been seamless, and the fact that we could use only one set of parameters for the whole hang reduced the programming time immensely. The tour went extremely well, and everyone seems happy with the results. The collective impression is that, with PANTHER, Meyer Sound has another winner in the audio world.” 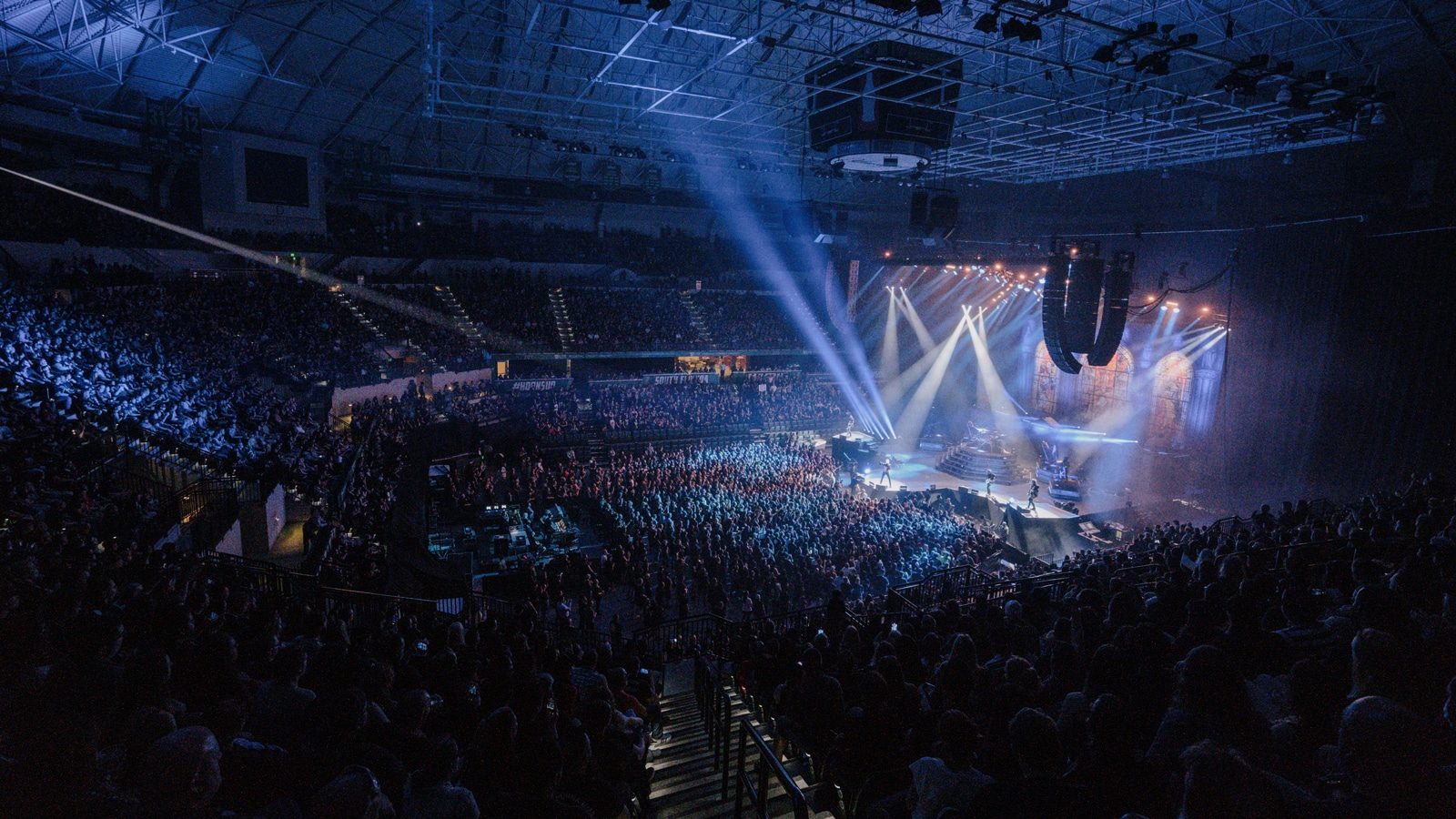 The “Imperatour” continuation leg launched in San Diego on August 26 and wrapped in Green Bay, Wisconsin on September 23, with a total of 17 shows in the USA and three in Canada.

Formed in 2006 in Linköping, Sweden by frontman Tobias Forge, Ghost has been a top concert attraction ever since, and won the 2016 Grammy Award for Best Metal Performance for “Cirice.” In March 2022, The Los Angeles Times reported that Ghost had “conquered metal and the charts” when its most recent album IMPERA debuted at #1 across the U.S. album charts. Featuring “Spillways”—hailed as a “sweetly constructed rock tune” by The New York Times, and #1 rock radio singles “Call Me Little Sunshine” and “Hunter’s Moon,” IMPERA is the most ambitious and acclaimed entry in the Ghost canon.