With a frequent presence at the Glastonbury Festival site at Worthy Farm, where they service a number of stages, SWG Events also provide technical support for Pilton Party. 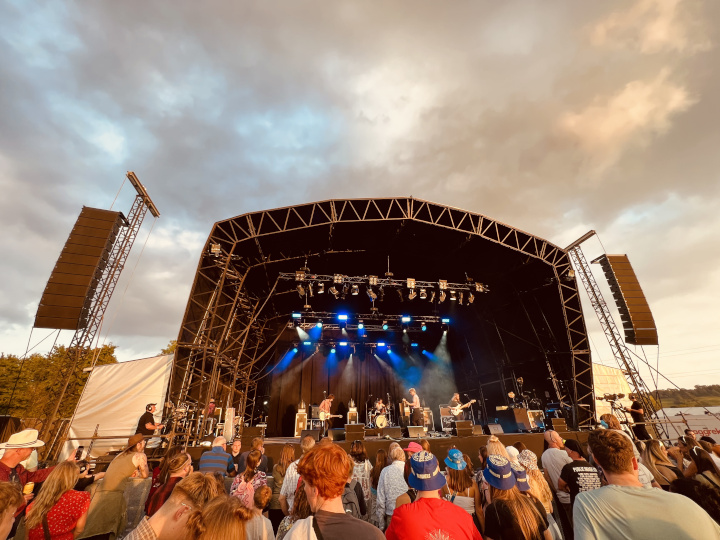 This year it was the turn of Elbow, supported by Easy Life to take the stage at Pilton Party 2022, where the same PA system that graced the Pyramid stage this year—Martin Audio’s WPL Wavefront Precision line array—was in position again, and Pyramid production manager Emma Reynolds-Taylor repeated her role.

Both bands had turned in stunning performances on Pyramid stage this year, and Pilton Party saw a reprise. Besides that, SWG Events provided sound reinforcement for Easy Life when they played the BBC Music Introducing stage at Glastonbury in 2019.

The confidence the company now has in specifying WPL is borne out by SWG head of audio, Simon Purse’s comment: “We have now done so many shows this summer with WPL that sound engineers have built confidence playing through it, and have got used to the workflow.”

On either side of the stage SWG flew 12 WPL elements, which they ran in 2-box resolution from their iKON iK42 amplifiers. Providing front fills were eight of their W8LM Mini line arrays, while 12 of their powerful Martin Audio SXH218 (2×18”) subs were designed in a monoblock across the front. And for good measure they also provided eight of their new Martin Audio XE500 stage monitors for reference sound.

Appraising the performance of the SXH218 Simon Purse said, “The sub response was brilliant … you could really feel it from the kick drum, and we achieved 100dBa at FOH, with no complaints.” 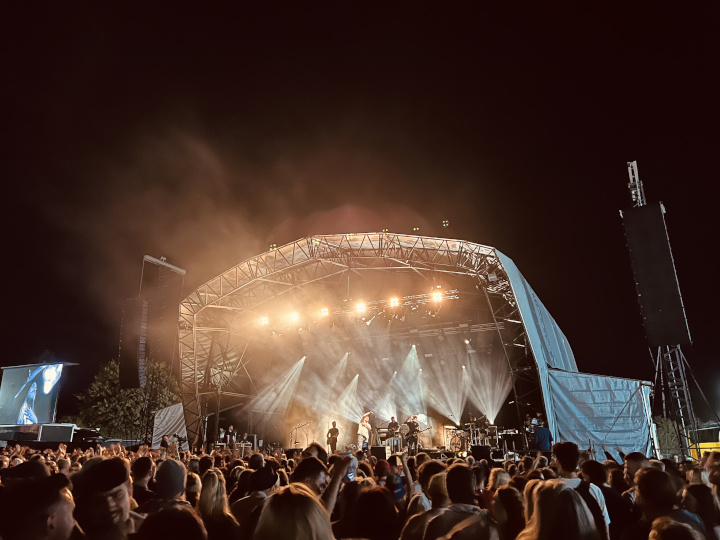 So powerful was the main system that no delays were required to boost sound at the back. “The field itself extended to 110m and WPL comfortably threw to the 90 metres necessary for the audience coverage area,” he confirmed.

Elbow FOH engineer, Danny Evans, also registered a positive experience aboard the Martin Audio PA. “There was plenty of headroom, with impressive clarity, and the coverage was good with consistent level and even tonality around the whole audience area. This allowed me to focus on, and enjoy mixing Elbow’s show.”

Emma Reynolds-Taylor added her own endorsement. “When we were going over the specs with our supplier, SWG, to sign off on all the tech, I was happy to see they proposed this audio system, as we’re always really pleased with the results on Pyramid. We have a vast variety of acts, of all stages of their career, at Pilton Party, and the for all acts throughout the day was exceptional.”

Summarising his own experience of the event, Simon Purse said, “This was our last green field site of the year, and it was great to go out on a high.”

FOH on systems and support bands was freelancer Dan Wooles, while the stage team was headed by Joe Bailey (monitor engineer) and responsible for patch was Fraser Wilks—both from SWG.