The Pope’s presence in the City of ‘the Sassi’, an extraordinary UNESCO World Heritage Site built on a labyrinth of caves that have been inhabited since the Paleolithic period, to conclude Italy’s 27th National Eucharistic Congress. A crowd of over 12,000 gathered in Matera’s Stadium for the Eucharistic celebration, together with the Pope and 80 bishops, accompanied by the music of the Matera Symphony Choir and Orchestra, conducted by Maestro Carmine Antonio Catenazzo. All audio, video and lighting services were delivered by Provinciali Srl, an Italian rental company from Taranto, guided by Pierluigi and Annamaria Provinciali. “We installed the AVL system for the stadium and the procession inside the city of Matera for 2400 meters (1.5 miles),” said Pierluigi. “We are long-time delighted users of RCF speakers, and we deployed a substantial audio system here. The system delivered by Gold Stage Srl, was hung without any subwoofers, as the system provided enough linearity down to 60 Hz, without requiring any additional push,” said Pierluigi. 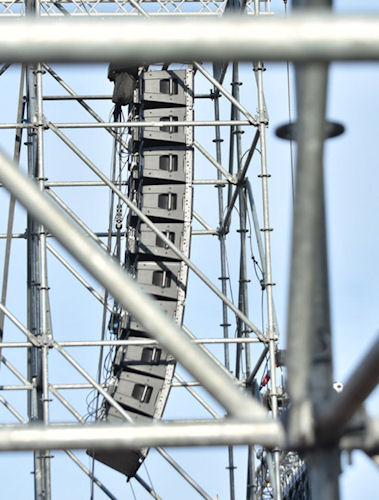 The sound system is comprised of 2×12 TTL 55-A line array modules for the main system, 2×10 HDL 50-A 4K for the delay towers, 2×10 HDL 10-A as side systems, and 2×4 HDL 6-A as infills, for a total of 72 line array modules inside the stadium. Provinciali continues, “In addition to the many microphones for speech in the stadium, we managed a choir of about 500 elements and the Symphonic Orchestra of the Conservatory of Matera “E.R. Duni. Pasquale Gennaccari was assigned as Technical Director, Gianrocco Bruno as the stage manager, with the sound mixed by our sound engineer Miky Giove, with the help of Vito Pappagallo and Angelo Olimpio on the backline.” 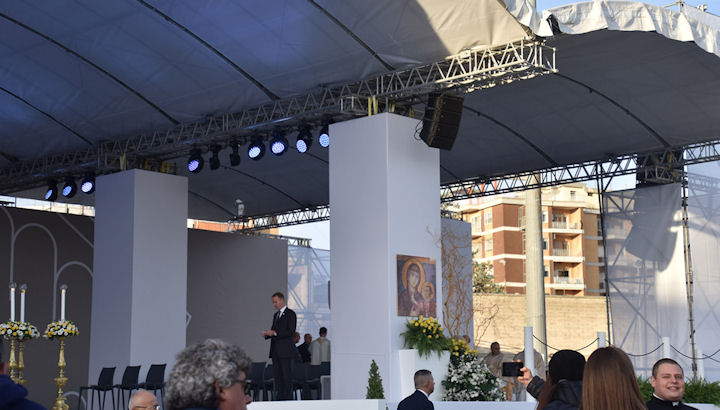 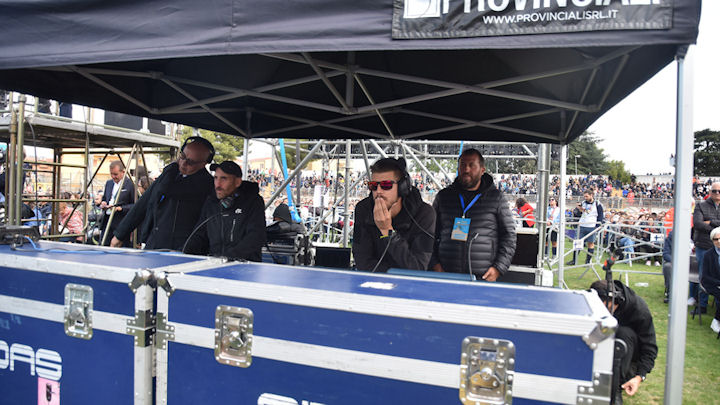 Two Midas Pro2 mixing consoles at FOH position were used with two Meyer Sound Galileo 616 for overall processing. “To ensure maximum performance and reliability, the technical machine must be flawless,” said Pierluigi Provinciali. “The audio system was designed by Davide Petrone and sounded amazing, with exceptional coverage and intelligibility over the entire area. For us, and for many years, RCF is still our first choice.”