Between the months of May and September, Berlin band SEEED were busy playing open-air and festival dates in Germany, Austria and Switzerland (including eight concerts in their home town alone). And wherever the 14-piece band performs, a good atmosphere is assured. 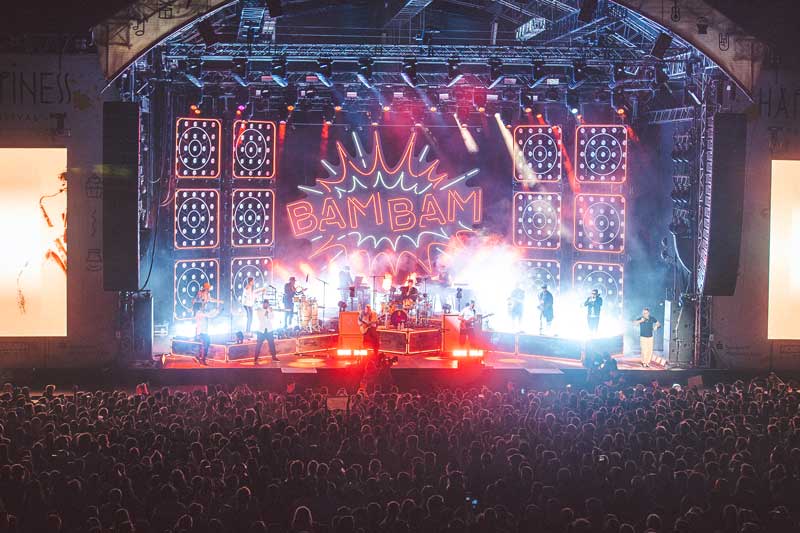 LD Timo Martens has been with the band for 22 years, and both musicians and crew are like family to him. On the other hand, 16 GLP XDC1 IP Hybrid, the new IP65-rated strobe wash hybrids, with the much-praised RGBL colour mixture of the X5 Series, were travelling for the first time.

The lighting and stage design inspiration for the open-air tour dates back to a room design from 2019 that Martens had developed together with Nik Evers and Philipp Hillers as part of hell.studio. However, since an open-plan indoor stage is very different from open-air stages, which are usually designed as proscenium stages, fundamental changes were necessary.

The set was dominated by various neon elements, which were also continued in the video content, with two IMAG screens to the right and left of the stage and 12 large light pods. However, the 16 XDC1s had the honourable task of providing a glow around the band. In an attempt to simulate a rehearsal room environment, the large bandstands were set close together, sometimes raised on stage risers. The stage set itself was laid out in a semicircle – with eight GLP XDC1s on each of the left and right sections – with 10 GLP JDC1s in the middle behind the drum kit.

“When referring to ‘glow’, I mean a diffuse glow around the band,” explains Martens. “So for me it’s not about punchy beam effects, it’s about creating some colour around the band. In addition to that wonderful glow, the XDC1s allow me to create a light dynamic that seems to emanate from within the band itself… almost as if the band were not only the source of the music, but also of the light. The two strobe lines of the XDC1 are perfect for this purpose.”

“What is immediately noticeable is that the XCD1 is incredibly bright. As an alternative to the XDC1, I had previously used JDC1, which also has a very high output. But if I now compare the impression of the JDC1 with that of the XDC1, the difference is so striking that I wonder how it worked with the other fixtures previously,” jokes the designer. “One thing is certain: With the XDC1, fully penetrating light images can be created even in daylight and that is exactly what I needed here.” 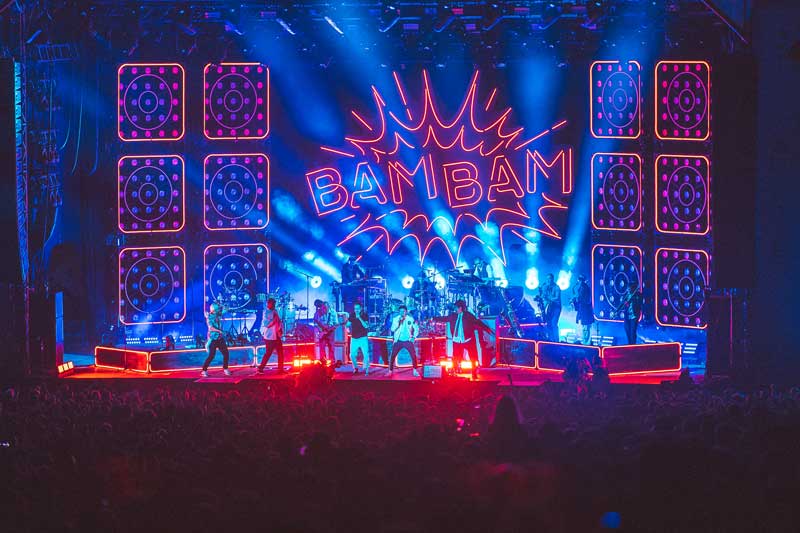 The GLP XDC1 IP Hybrid combines a powerful strobe with a very powerful wash light, which provides the same outstanding colour quality of the new impression X5 Series (RBG, plus the special GLP Lime) in a weatherproof IP65 housing. Just as with the X5 Series, the XDC1 also contains the proprietary iQ.Gamut colour algorithm.

18 wash LEDs, each with 40W light output, are set in three rows of six pixels each. The particularly narrow 10° optics allow impressive mid-air effects, especially when used over very long distances. The XDC1’s two powerful strobe lines offer up to 1,000W of strobe power. For even more dynamics, all 18 wash LEDs can be controlled individually on a second level.

Since the XDC1 deployment for SEEED was specifically responsible for the ‘band glow’, Timo only used them in their capacity as floor washers. “And you really can’t beat them in that regard,” he continues. “I can’t imagine any other fixture producing this type of radiance around the band. However, as an effect lamp in single pixel mode, I will have to test it elsewhere.”

He speaks favourably about the cooperation with GLP: “I appreciate the sincere and relaxed interaction with the GLP colleagues, especially Oliver Schwendke and Michael Feldmann, who were again very helpful with this project. From my point of view, GLP is one of the few manufacturers that really listens to the market and its people. In that way, they spot trends before other manufacturers. For example, the impression X4 Bar ushered in a new era of linear lighting. GLP develops innovative products, tries out a lot and takes risks. Not every product is gold, but it’s all about trying out new, creative ideas. I really appreciate this.” 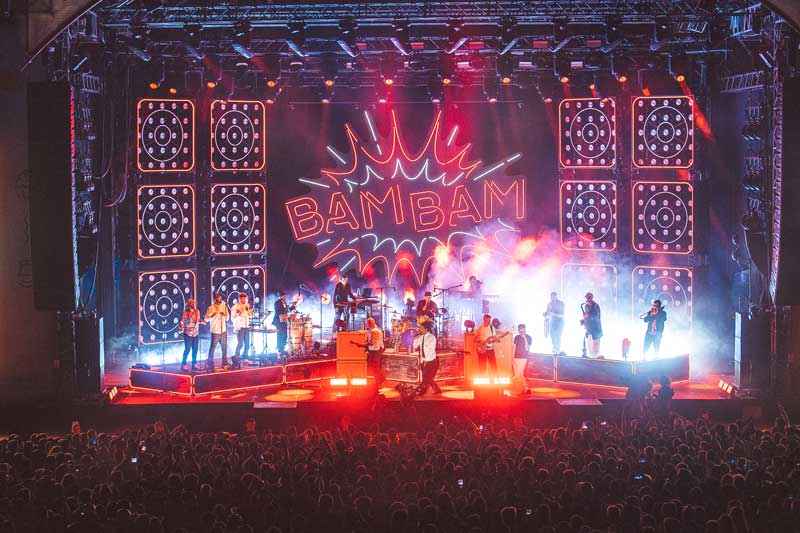 Lighting designer Timo Martens was supported on the SEED tour by lighting directors Raphaël Demonthy and Wolfgang Kramer. Markus Eibl had created numerous live image and notch effects for the 2019 tour, which continue to be used.