After beginning life as a one day event back in 1985, Pukkelpop has grown to become one of Belgium’s largest festivals, and has a reputation for consistently delivering some of Europe’s most wide-ranging and creative lineups. Staged near the city of Hasselt in a sprawling enclosure of fields and woodlands, the festival is essentially a pop-up city boasting ten stages, as well as a host of activities, eateries and shops. International superstars from every conceivable genre combine with an alternative fringe to produce a melting pot of music that attracts a hugely diverse audience of 66,000 each day. 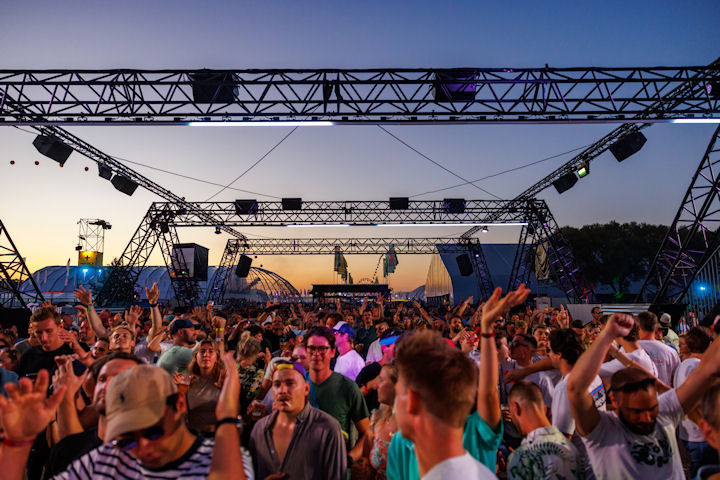 At this year’s August renewal, Pioneer PRO AUDIO teamed up with production specialists KAGE Audio and innovative electronic collective KRANKk, to create an immersive audio experience at the Booth stage.

Always keen to push boundaries, Pukkelpop’s organisers commissioned KAGE to develop an immersive setup at the festival that would be suitable for a live electronic band, as well as for DJs. Their objective was twofold – on the one hand to create the best 360° club sound possible for the audience – and on the other to explore the way that the sound could be contained within a specific location to reduce noise pollution to the surrounding area. KAGE have been working with immersive setups for a number of years, so the Booth stage was an ideal environment in which to present a 7.1.4 surround system. A Pioneer PRO AUDIO system was chosen because according to Karel Geukens of KAGE: “Pioneer PRO AUDIO GS Wave stacks in combination with XY Series and an immersive processor, deliver the best club sound it is possible to achieve!” 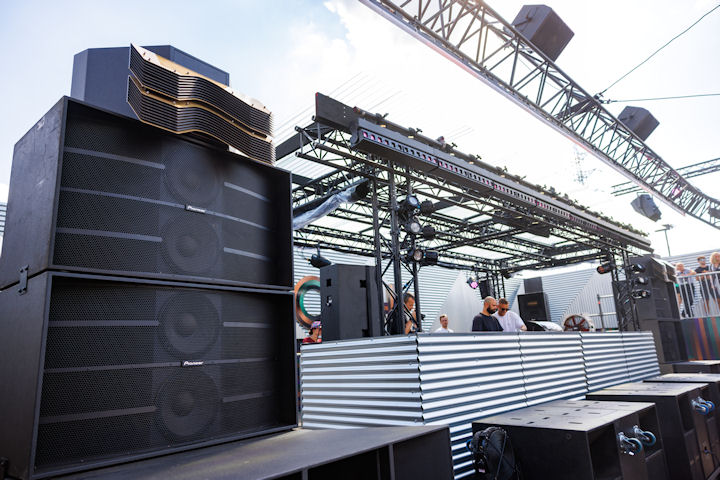 KRANKk delivered successive sets on the Friday, Saturday and Sunday of Pukkelpop and were excited to be part of this ground-breaking collaboration as group member Aram explains:

“Pukkelpop had picked up that we were creating new music for immersive audio, so they gave us a call and proposed that we showcased it at the Booth stage. We jumped at the chance and partnered with KAGE Audio to present a thirty-minute set each day through the massive Pioneer PRO AUDIO immersive system. It was a great success, and we actually celebrated the opportunity with a new release, ‘Ça Fait Longtemps ft. RabbaDance’, during the first set we played!

“We feel really blessed that we got the chance to share our music on a system it was designed for. We had full control over our sound through Fletcher software, which enabled us to perform special effects over and around the crowd. Having the opportunity to work with Pukkelpop and Pioneer PRO AUDIO on breaking the barriers of sound was a dream come true.”

Having placed their faith in KAGE and Pioneer PRO AUDIO to expand musical horizons at the Booth stage, the organisers of Pukkelpop gave the system and the whole experience an unqualified thumbs-up. Partnership Manager for Pukkelpop Tanja Engelen was in no doubt about the success of the project:

“It was beyond amazing to see and hear it come to life – it gave me chills! We were very happy to see not only the reaction of the audience but also of audiophiles who understood all the technical aspects. It was great to be able to showcase all the hard work and energy that Pioneer PRO AUDIO, KAGE and KRANKk had put into making this work. It was a whole new way of experiencing music and one of my personal highlights of the festival. We are definitely looking forward to working with them again.”

“We heard nothing but positive reactions from the audience and artists through the stage management team, and we even received many compliments from the sound engineers from other stages who came to take a listen. I know the organisers were really happy with the results, describing the system as ‘very impressive’”.

The success of this partnership without doubt opens the doors for future collaborations, expanding the potential to develop this immersive format across a range of applications, concludes Joeri Verholen, Pioneer DJ Country Manager for Belgium:

“The Booth stage immersive audio setup at Pukkelpop not only wowed the crowd but clearly attracted much wider interest judging from the enquiries we’ve received in the short space of time since the festival. The experience definitely captured people’s imagination and it’s one we are excited to build on for the future.”