When lighting and set designer Morgan Evans was about to embark on his first tour with Jessie J, he chose a floor package largely based around GLP’s versatile impression FR10 Bar, each metre-long batten containing 10 powerful 60 W RGBW LED sources. 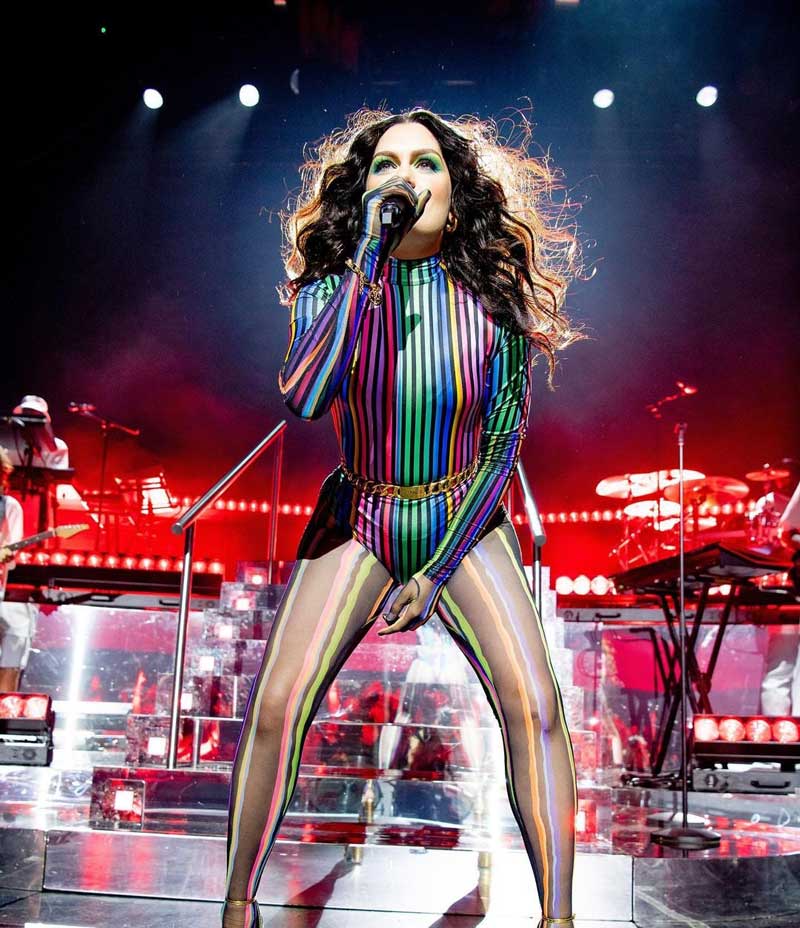 As a design associate to celebrated LD Tim Routledge for the past two years, Evans is a product of the BRIT School – as, coincidentally, is Jessie J. After a few low-key warm-up shows, the serious business started, and they joined forces for a series of shows throughout Europe this summer, before culminating in Brazil’s prestigious Rock in Rio.

Since venues have ranged from club shows, such as KOKO in north London, to big outdoor festivals, the scalability of the FR10 Bars has offered a further benefit. “The floor package is so strong that it doesn’t really matter what the overhead is, we are not dependent on that at all,” says the LD. In fact, the 1,410-capacity KOKO had been the smallest venue they had played and required half the normal floor production. Consequently, the FR10 Bar complement was split in half, with those fixtures not used duly repurposed to the front of the stage. This made sure that everything was fully utilised.

Jessie J originally approached Tim Routledge Lighting Design via production company 24/7 and Routledge assigned this project to Evans as a perfect fit for the show. “I have learnt a huge amount from Tim in my time working with him,” states the latter.

He first met his new charge at production rehearsals in preparation for a tour in which Mark Pickard is tour manager and James Hayward production manager. And they hit it off immediately. 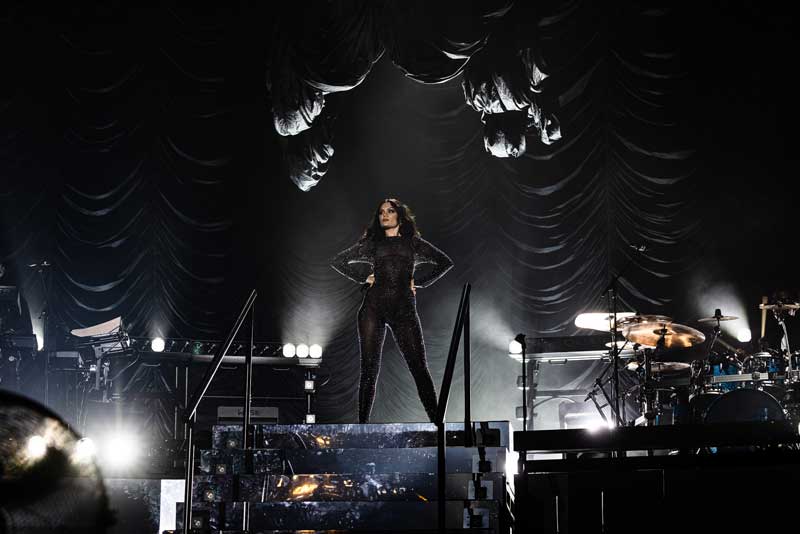 “Jess was quite open creatively and added ideas of her own,” Evans says. “She was keen for it to be a theatrical looking concept – less structured and a bit more free. Although the show is run on time-code, there are a lot of parts where the [four-piece] band goes freestyle and the lights have to follow that.”

The artist also makes good use of the stage over the different platform levels, with her blend of R&B, pop and hip-hop beats punctuated with a lot of interaction with the audience, offering inspirational messages. “You certainly have to be on your toes and be responsive, lighting wise, when unexpected things happen,” he continues.

Morgan Evans sourced his impression FR10 Bars from Neg Earth, who were the lighting vendor for the tour. The fixtures are programmed in full pixel mode on a grandMA3, providing individual pixel control.

The designer had instinctively turned to the FR10 Bar after using these battens on a demo video. “I enjoyed the output and variety of FX I could get out of them and knew they would be a good fit for this tour,” he explains, “with their ability to produce individual beams and narrow walls of light.” 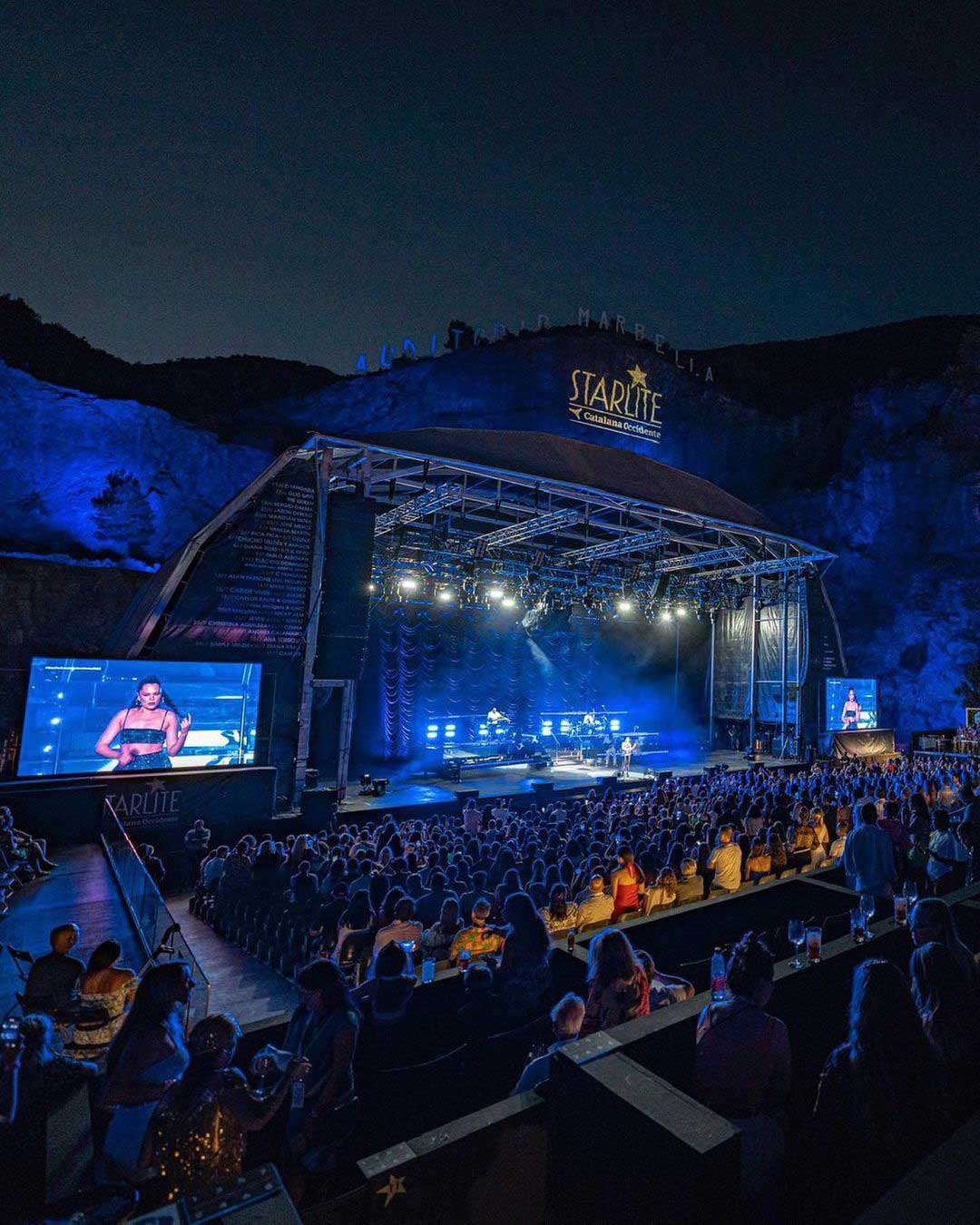 Using the zoom facility to good extent, he uses the powerful beams “to cut through the band and create silhouettes. With the zoom of each pixel individually programmed to provide dynamic pops, we can then zoom out to create an audience blinder.

“The beams produced by the FR10 Bar are much more chunky and comparable to moving lights, which I find desirable,” Evans continues. “Jess had wanted block bold colour and these certainly deliver very saturated colour, which is just what was required. She has personally given very good feedback and really likes the fixture.”

As for Evans, he says he will definitely specify the impression FR10 Bar again. “In fact I already have it on future shows with other artists.”