Universal Pixels (UP) has supplied screens, servers, cameras, a backline monitoring package and crew for global prog rock artist Roger Waters’ 360-degree This Is Not A Drill tour, which is travelling across North America until October 2022. 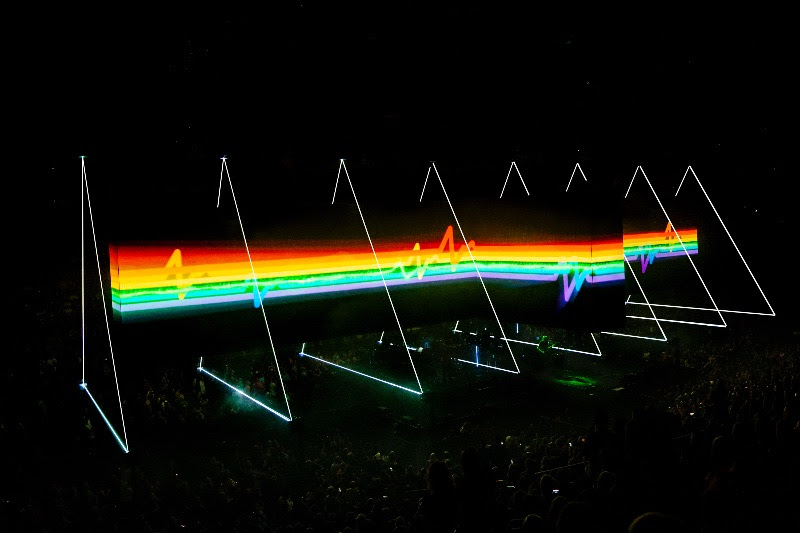 Instead of the circular stage shape traditionally associated with in-the-round shows, the This Is Not A Drill tour features a cross-shaped stage, which is mirrored by a 12-surface LED cross suspended above it. As well as creating a striking visual spectacle, this configuration ensures that the audiences in US, Canadian and Mexican arenas have a great view of the video content wherever they are seated.

“With the screen, audio, and lighting all suspended from the roof, this heavy rig required a lot of advance planning,” says Jeremy Lloyd, co-director of technical production practice, Wonder Works. “UP provided the screen for the last tour in 2017/18 so it was a pleasure to work with the team again to find a solution for this unique in-the-round show. The huge 650sqm Leyard LED screen was chosen because it is lightweight enough to reduce the overall rigging load, while still staying true to the overall design concept. The result is a truly immersive 360-degree canvas for Roger Waters’ outspoken storytelling.”

Video Director Icarus Wilson-Wright, who first worked with Pink Floyd legend Roger Waters in 2008, came back on board for this tour. His expert wide shot video direction, perfect for impactful narratives, has seen him work with other political activists, such as Massive Attack. 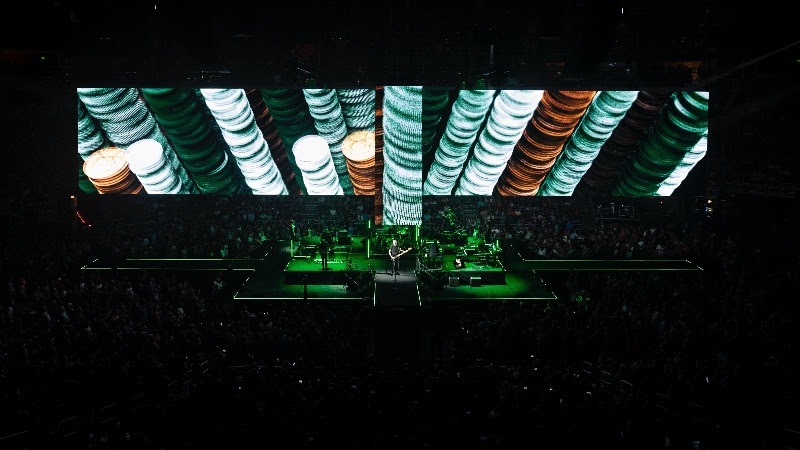 “Everything aligned when this opportunity came up,” he notes. “It’s not just a rock ‘n’ roll show with big video screens; this is unlike anything I’ve ever had the pleasure to work on. I describe it as an integrated piece of art for a musical artist, and it truly is an incredible show to look at.”

Production Manager Chris Kansy comments: “We are loving the build speed, resilience and performance of the Leyard LED product, which has been custom built by UP. We go through our days confident that the product will produce what we need to deliver and at the highest production level.”

As well as the screens and servers UP has provided a camera package consisting of 4k 2ME Ross Carbonite Ultra with four Sony HDC4300’s (three XJ90 lenses and one HJ14), and two Panasonic AWUE150KPJ PTZ cameras with Ereca Topas 4k Optical Transmission Modules on custom automated masts by Kinetic Lights.

Finally, UP provided a 10-station custom built backline monitoring package and 14 crew-members, project-managed by Mark Strange, who comments: “It was really rewarding to finally see this tour come to fruition. With the two year COVID enforced delay and many hours of advancing across Zoom, the final result of how this video-centric show looks is just phenomenal.”

Aside from Wilson-Wright, Charlie Woods serves as Camera Switcher, while Ellie Clement is the disguise Programmer and Oli Derynck and Matt Vassallo are on duty as Engineers. Nathan Barnier is Crew Chief, Al Wright and Tim Bolland are Lead LED Techs. The touring team is completed by Jerry Rogers as the Lead Camera Op. 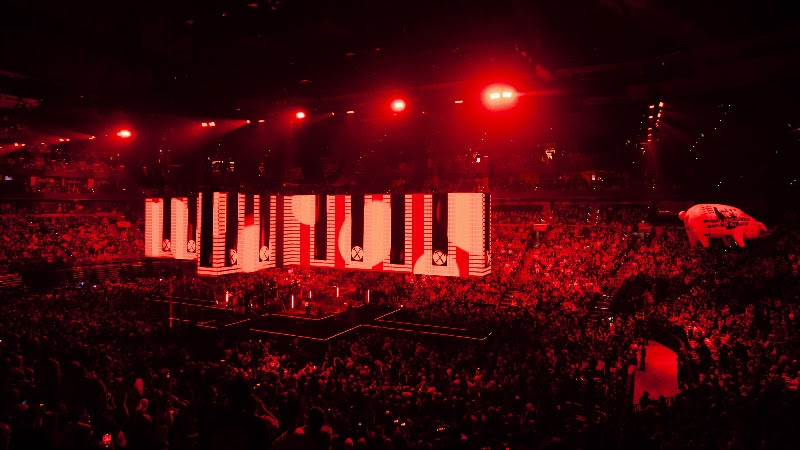 Wilson-Right – who visited the UP warehouse over five days to prepare before heading out on tour – continues: “It’s always reassuring to have UP around to help with some of the more technically challenging moments that can crop up on a complex project of this scale.

“They really are very good at problem solving and finding a solution to whatever’s happening with the video. On top of that, they’re a great supplier who always ensure that the equipment you’re receiving is perfectly prepped and maintained.”

Following the culmination of tour dates in North America and Mexico this October, Roger Waters will continue to wow audiences with a European farewell production due to kick off in March 2023.