Cementing their status as one of this year’s premier concert draws, The Lumineers zigzagged across the continent this summer on the North American leg of their “Brightside World Tour.” Playing a mixture of sheds and arenas along with the occasional baseball stadium, the band delivered their trademark blend of alt-folk and Americana through a Meyer Sound LEO® Family reinforcement system supplied by Escondido, California-based Sound Image. 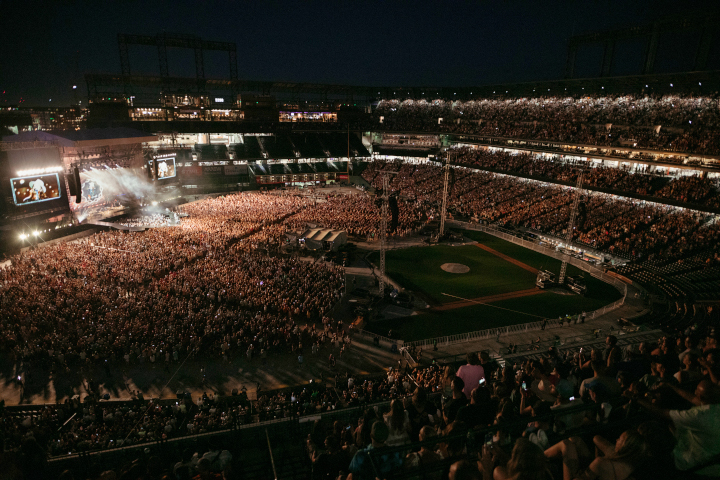 Production Manager Sara Full, a pivotal player on The Lumineers’ team since 2013, emphasizes the key role of audio reinforcement in maintaining the band’s popularity. “The Lumineers’ music transitions between stripped-back moments and momentous builds, and capturing those dynamics in a way that translates uniformly — from the first fan in the pits to the last in the upper 300s — is essential to fulfilling expectations and making sure fans will come back for more. Our collective desire, band and crew, is to produce amplified sound in an arena that is comparable in quality and clarity to what the audience would hear acoustically. Simply put, the Meyer Sound system reproduces what the band is doing with purity but translates it to a large audience.”

Full also gave a tip of the hat to Sound Image for their role. “Jesse Adamson, our Sound Image representative, has been working with us since 2016 and has been diligent in making sure we have the best technicians with the proper training and skill. Sound Image also has done a great job of supporting us overseas, helping to ensure that we have access to the same Meyer Sound boxes worldwide.”

The Lumineers’ live mix benefits from the experience and practiced ears of veteran FOH Engineer Josh Osmond, who has also been with the band since 2013.

“The most important factor for me is consistency,” says Osmond. “The mix itself is subjective, and once the band and I are on the same page as to what the show should sound like, then it’s up to me to make that sound as consistent as possible, night in and night out. That’s where using the Meyer Sound systems has really paid off. With the linear phase response of the LEO Family and the flexibility available through Compass control software, Meyer has given me all the tools necessary to achieve this goal.” 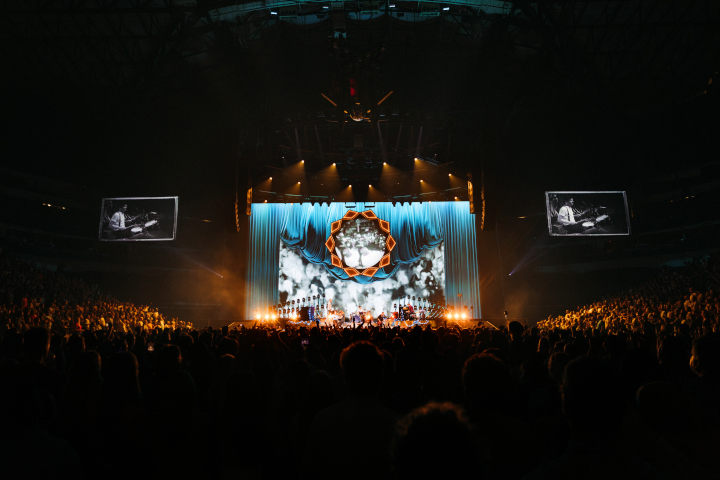 Osmond is also a fan of Meyer Sound’s inherent self-powered architecture. “Self-powering has a number of benefits, including requiring less truck and floor space. It also eliminates long speaker cable runs from the amplifier on the ground to the speakers in the air. As a result, there is a transient response that other boxes don’t have.”

Locally sourced delays were added for most baseball stadium shows, though the final show at Chicago’s Wrigley Field posed a particular problem as venue management would not permit delay towers, only limited ground-stacked systems on roll-in carts.

“Those delay stacks had limited uptilt to reach the steep upper levels, so the main system had to do more work to cover those seats,” says Osmond. “I received several comments from band management and friends who listened from these areas, and they said it sounded as if they were down at front of house. The LEO Family is known for doing a fantastic job in long-throw situations, and it really proved itself on this show.”

For optimization and signal distribution, the system utilized eight Galileo® GALAXY Network Platform processors, all linked on an AVB network running the Milan protocol. The fully redundant network, implemented on a quad-core fiber link, has a primary network with AVB only and a secondary network carrying AVB, RMS system monitoring, and Compass® control. The quad-core link allows connection of both the stage right and stage left racks to the FOH master processor with no additional switch hops. 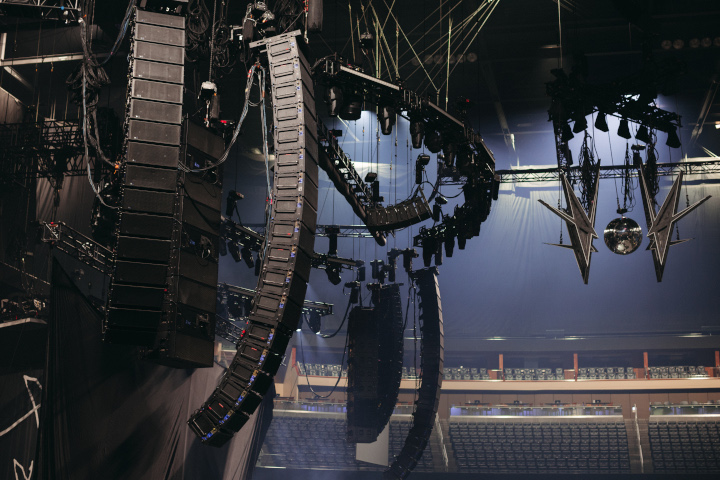 “The biggest advantage of AVB over analog or AES3 is having fewer connections,” says Ryan Cornelius, the tour’s systems engineer. “I can route our entire drive signal flow over two cables. It’s also more flexible, as I can reroute or add inputs to the GALAXY processors with a couple of mouse clicks, rather than digging through the back of the rack for tie lines.”

Though with early roots in New Jersey, founding band members Wesley Schultz and Jeremiah Fraites relocated to Denver before breaking through with their chart-topping single “Ho Hey” in 2012. The 2022 tour, supporting the band’s fourth studio album, Brightside, launched with a European leg in late winter. The North American leg, spanning a total of 52 shows in 49 cities, kicked off in Jacksonville on May 17 and wrapped at Wrigley Field in Chicago on September 3. “Brightside World Tour” placed consistently among Pollstar’s top 10 tours throughout the summer.