Ingo Powitzer has been an integral part of the Scorpions crew for 22 years, ensuring smooth operations on and off stage, as the backliner for lead guitarist Matthias Jabs. His responsibilities include executing the perfect transmission of wireless guitar signals, a job that Jabs and Powitzer have entrusted to Shure Axient® Digital. 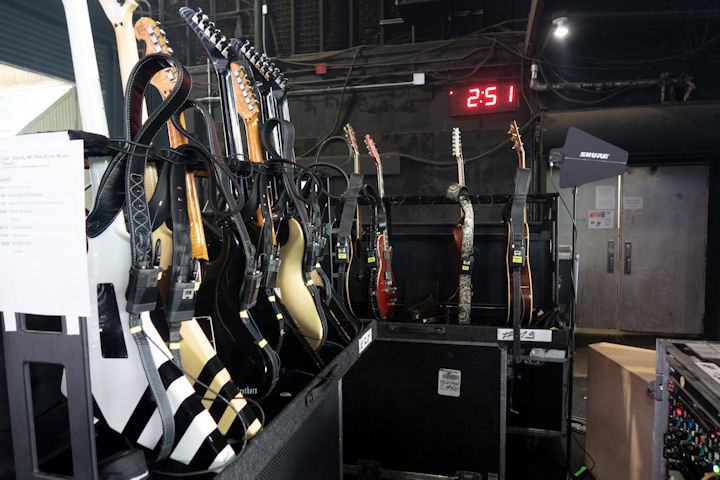 “With Scorpions, the backliner job is a bit broader, more full-service. That’s why I also look after new equipment and regularly keep an eye out for suitable solutions on the market,” says Ingo Powitzer. After more than 20 years, Powitzer precisely understands the band’s live sound requirements. “With Scorpions, just about everything is custom-made – from the guitars, to the amps, to the effects.”

Powitzer came across the Axient Digital system through colleagues and counterparts in U.S. bands, like Whitesnake. “I had concerns at first because the system is digital, and I was unsure about the latencies and the ‘analog’ feel. For Scorpions, it has to sound good and feel right. This concern simply did not come about with Axient Digital.” 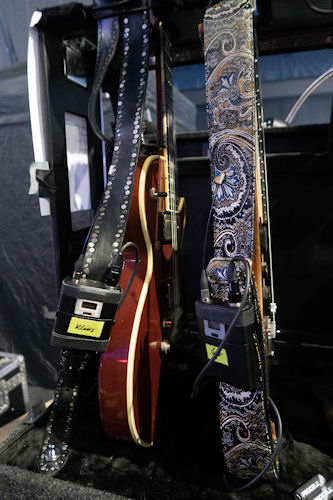 For Powitzer, the advantages of Axient Digital are obvious, especially in handling: “Setting up and synchronising the packs with the calculated frequencies is much easier than before.” In addition, the AD1 transmitters are glued directly to the guitars of the band’s second guitarist, Rudolf Schenker, and have to withstand a lot during the show. “With other manufacturers’ plastic cases, the packs would probably break after three songs,” he continued.

In addition to the technical advantages of Axient Digital, including convenient control, monitoring, and significantly lower background noise compared to the band’s predecessor system, Scorpions’ ability to trust in the wireless capabilities of Axient Digital for each show played a pivotal role in their decision to use the system. Regarding Scorpion’s current “Rock Believer” world tour, Powitzer shares: “Scorpions are still playing in the biggest venues worldwide. We simply cannot afford to have any failures. Every piece of equipment has to work perfectly. We are absolutely happy with Shure Axient Digital. In addition, the support from Shure has been outstanding for many years.” 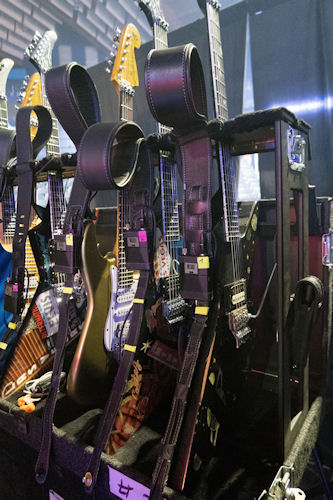 “Rock Believer” is the name of the Scorpions’ 19th studio album, with which the band is currently on a world tour of the same name. The Scorpions will also be coming to Germany’s biggest venues in 2023.