If there is a single festival that defines the English summer, it has to be Henley, which this year celebrated its 40th anniversary with an eclectic mix of music, comedy, art and grade A fun. 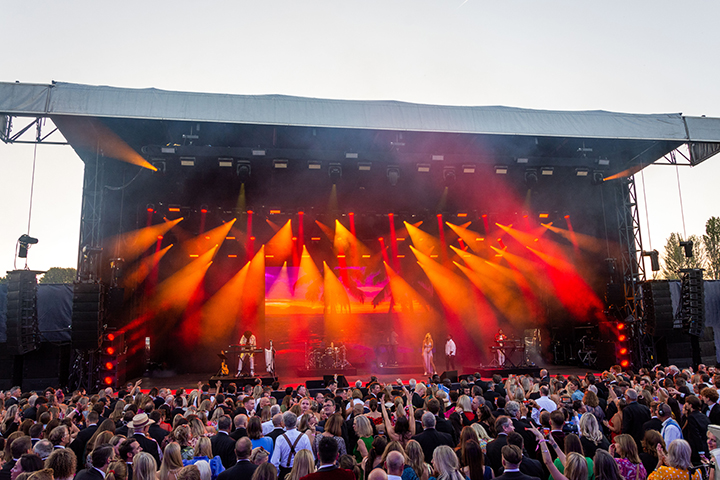 Production managed by John Harris, Henley is a festival unlike any other, with the main stage placed in the River Thames, backed by a fleet of boats of all shapes and sizes. The site features a variety of other venues ranging from intimate comedy to cabaret and dance bands.

RG Jones has been providing audio at Henley since 1983—most of it based around Martin Audio PA—and in a relationship surviving that long, the level of trust and commitment is obviously at its highest. Over the years, the style of the event has changed somewhat from the original, fully classical programme to what is now a much more commercial line-up, but with no less determination to deliver an unforgettable experience. This year’s artists (on the main Floating Stage) were as diverse as Sir Tom Jones, Craig David, Katherine Jenkins, Jack Savoretti, The Script and Pete Tong with the Ibiza Classics Orchestra. 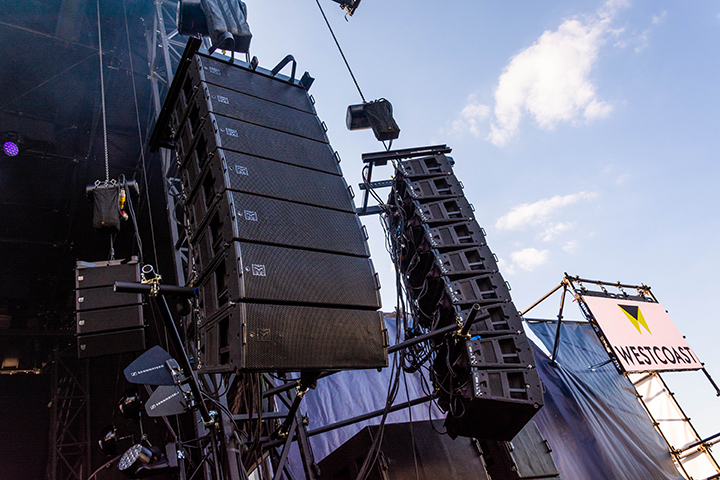 The Floating Stage sound system was manned by the experienced Mark Edwards, using an established design by Simon Honywill. The site is very unusual as it is around three times wider than it is deep, and three arrays each side of the stage structure are required to deliver the requisite coverage; the outer arrays feature nine deep hangs of Martin Audio’s MLA Compact, the forward facing comprise seven deep MLA Compact, and the inner coverage this time was provided by four deep Martin Audio Wavefront Precision Mini (WPM), plus some W8LMD frontfills. “It’s a tricky system to get right,” says Honywill, “as some seats are extremely close to the stage. But years of working on this site go a long way to guaranteeing a first-class audience experience.”

Elsewhere, top comedians were doing their very best to keep everyone laughing in roasting temperatures in The Comedy Club – Andy Parsons, Milton Jones, Maisie Adam and Russell Kane were among the fantastic line up. For RG Jones, The Comedy Club was operated by Sam Liddiard and featured a Martin Audio W8LM/WLX system. 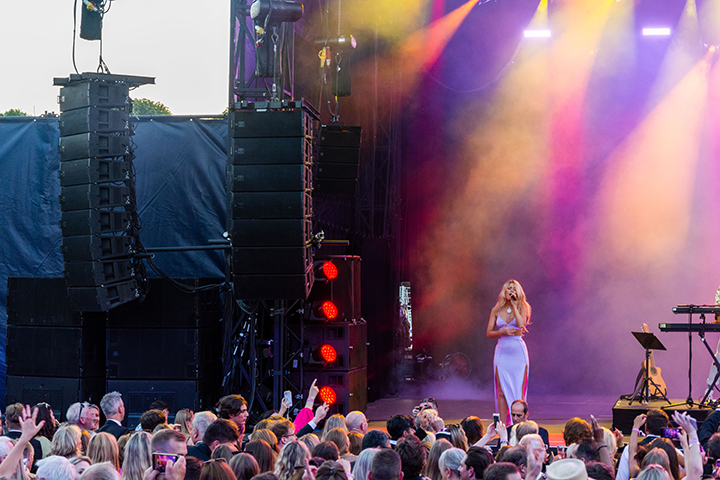 Rosie Tarrant could be found in the Bedouin Bar with a Martin Audio DD12/SXC118 system for a varied mix of world and folk music, and in the Jazz Tent Olly Wickes was tasked with a stream of different acts—handled more than capably by an MLA Mini system. Finally Dan Langridge was anchored in The Riverside Restaurant, mixing the resident dance band on a W8LM/WLX system.

A highlight of this year was the appearance of Boney M in the Big Top. With a fantastic 9-piece band and a raft of backing singers supporting original member Liz Mitchell, they smashed through their massive list of enormous hits to the rapturous delight of a crowd of very up-for-it festival goers. Mixed by Simon Honywill on his first serious Martin Audio TORUS adventure, the sound engineer stated, “the result was one of those one-off joyous things which make you realise why you still do this for a living.” Complete with stage invasion, this extravaganza was a huge success.

Another big success was Honywill’s partnership with LIPA student Sheridan Burns, who came under his tutelage as part of Henley Festival’s new RISE programme. The Festival was set up in 1982 as a charity, its mission being to stage a music and arts festival for the local community. To coincide with its 40th anniversary, they set up RISE to support emerging talent, both in front and behind the spotlight—and Burns was selected by RG Jones to fulfil their RISE quota. 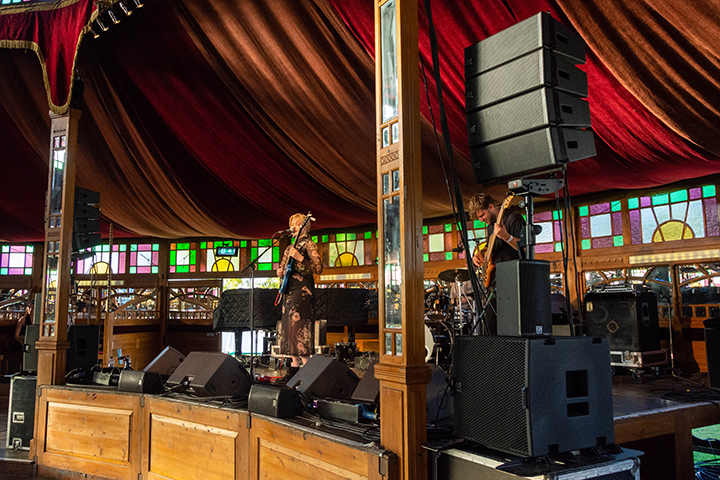 As for TORUS, speaking of his first experience with the system, Simon Honywill stated, “This is a great product; it has great flexibility while maintaining the musical, signature Martin Audio sound that I love so much.

“We had to redeploy the system into a 270° DJ system after Boney M finished … and it totally rocked!”

John Harris also added his own plaudits, both on TORUS and the sound set-up in general: “Henley Festival is proud of its long association with RG Jones and is excited to see and hear the developments in technology that they introduce to our stages.”