Italian artist Cesare Cremoni recently concluded his tour that touched all the major Italian cities with a spectacular show full of interesting insights.

The attention that Cremonini and his entourage pay to the technical aspects is evident, as never before this year, from some ‘brave’ choices, starting with the presence of a team of high-level international professionals, to the meticulous care of a refined and original lighting show. 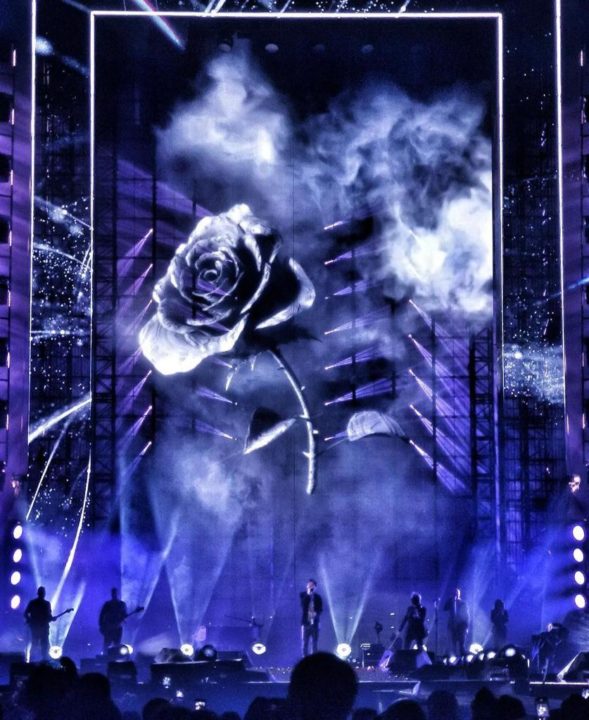 The concept developed by Giò Forma Studio and the artist himself is based on a very wide and quite narrow stage with a long catwalk that is used extensively throughout the concert.

Lighting Designer Massimo “Mamo” Pozzoli had to adapt to this “atypical” concept by designing an equally original lighting design, characterised by the near absence of any real backlighting and with the imposing presence of what has been dubbed the “wall of light” made up of hundreds of LED fixtures on which a great deal of programming work has been done between rapid and precise switching on and off and delicate nuances playing with mono colours. 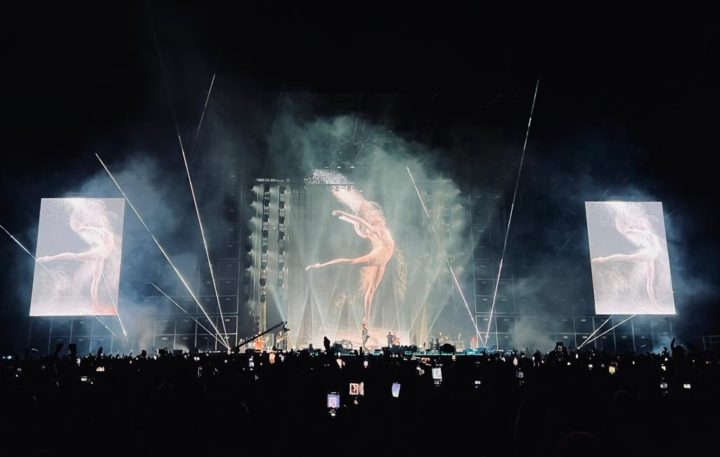 In this matrix ideally consisting of LED fixtures of various types, a key role was played by the Q7s from SGM, which Mamo has been using regularly for years.
“It remains a very reliable LED machine, good for any occasion and with an overall quality that is still at the highest level. Again, I have used it extensively,” says Mamo.

But the real novelty was the SGM G7 BeaST, a true ‘dual purpose’ fixture that includes a Beam and a powerful and reactive Strobe in the same light. On Cremonini’s tour, eight brand new G7 BeaSTs found their place at the foot of the large light gantry, right behind the musicians, producing a very distinctive effect and a sort of ‘frame’ in certain key moments of the musicians’ performance.

“I used the BeaSTs as if they were ‘jokers’, also because of the small number available for this tour, and I placed them on the stage, right behind each musician, almost as if to frame key moments,” says Mamo. “As the stage is very wide but narrow, they helped me a lot with the backlight effects and the result was very effective, especially with the fog”. 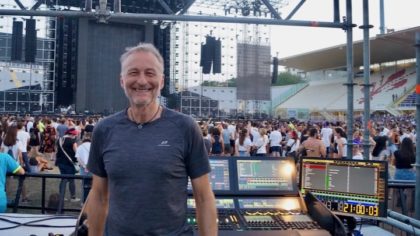 Mamo was not familiar with the fixture before this tour except for having seen them in action a few times during the San Remo Festival where they were used for the first time ever. “I was given eight G7 BeaST by Agorà service during rehearsals for Cremonini’s tour and I got to know and appreciate them on that occasion. I immediately realised that this is a concrete product, capable of doing the few things it was designed for in a very effective and characterful way,” continues Mamo. “Amongst the various possibilities offered by the luminaire, in this context I decided to use the eight BeaSTs with a medium wide zoom to enhance that characteristic ‘tunnel’ effect so defined and powerful that it looks like a ‘native gobo’ and capable of standing out even in the midst of so many other luminaires, especially with the scene saturated with smoke”.
“I didn’t use them in Beam mode but instead used the internal source which is in fact a real powerful and fast strobe. Moreover, as there were no real strobes among the 500 fixtures installed in the plot, these eight were the only ones to generate this effect and they did the job very well”, explains Mamo Pozzoli.

Although SGM’s new G7 BeaSTs on the Cesare Cremonini stage were limited in number, compared to the large number of fixtures used, they certainly made their mark and, as it can be seen from the photos, the effect generated is always very defined and sharp.

We finally asked Mamo what his considerations were. “My experience comes from a quite limited use of the luminaire and I am sure that in the future I will be able to better understand its potential. The idea I’ve got is that you don’t need a huge number of these fixtures to get them noticed in the midst of many other lights. Having a clear idea of how you want to use them, they can create very incisive and interesting effects, all in the service of creativity,” concludes Mamo Pozzoli. 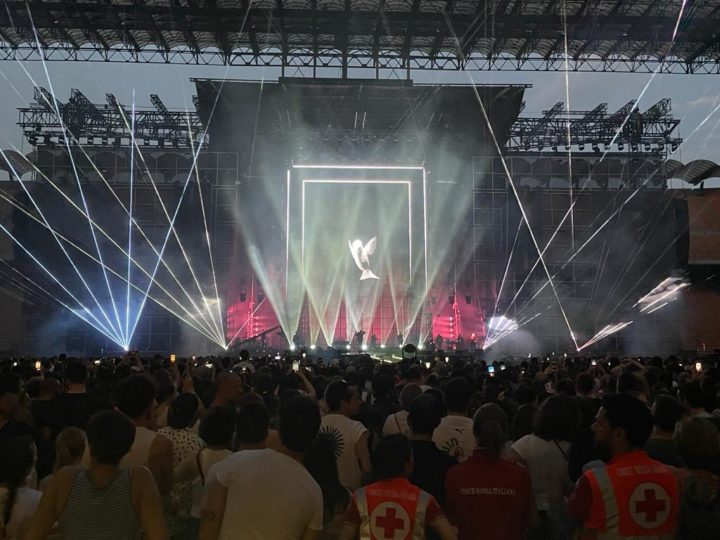 The result of this great work of sophisticated lighting programming and video contributions, always evocative and contextualised, is a show that is able to excite and captivate the audience even before using astonishing effects, that moreover are not lacking throughout the concert…