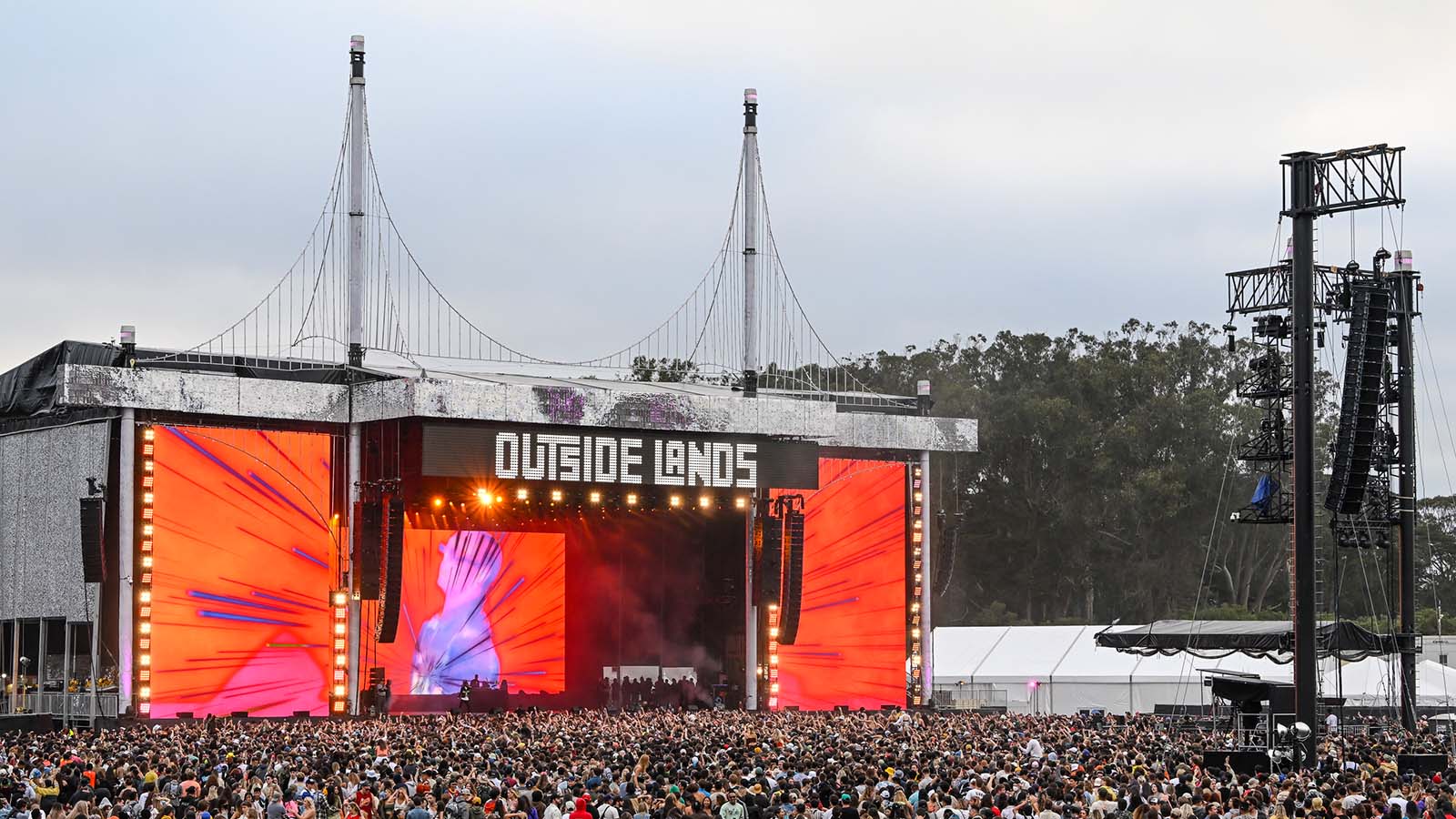 While previous generations of Meyer Sound systems have been in place at the “Lands End” main stage since the festival’s inception in 2008, this year marks the first edition with the new PANTHER loudspeaker. Although it was introduced just six months prior to Outside Lands, PANTHER was welcomed by visiting engineers who were mixing on the new system for the first time.

“Overall feedback was positive, and engineers had a fun time mixing on the system,” says UltraSound Senior Systems Engineer Tom Lyon. “I don’t think anyone had issues getting their mix up and running on the rig.”

One of these engineers was Phil Strong, mixer for the Friday night headliner, who heard PANTHER for the first time at the festival.

“It’s really exciting to get to experience [PANTHER]. I’ve been a huge Meyer Sound fan for many years,” says Strong. “PANTHER obviously is the evolution in the series, and it was stunning. It’s extremely clear with a lot of power and very defined in detail.”

The system configuration for the “Lands End” stage consisted of, per side, 18 PANTHER-L loudspeakers for the main arrays, plus six LYON-M® over four LYON‑W® loudspeakers for side fill. For low-end, nine 1100-LFC™ low-frequency control elements were flown per side in a gradient cardioid configuration, along with five ground stacks of two 1100-LFC elements across the front of the stage. Each stack was topped with two LEOPARD® compact loudspeakers, with three additional LEOPARD loudspeakers underneath each video screen. 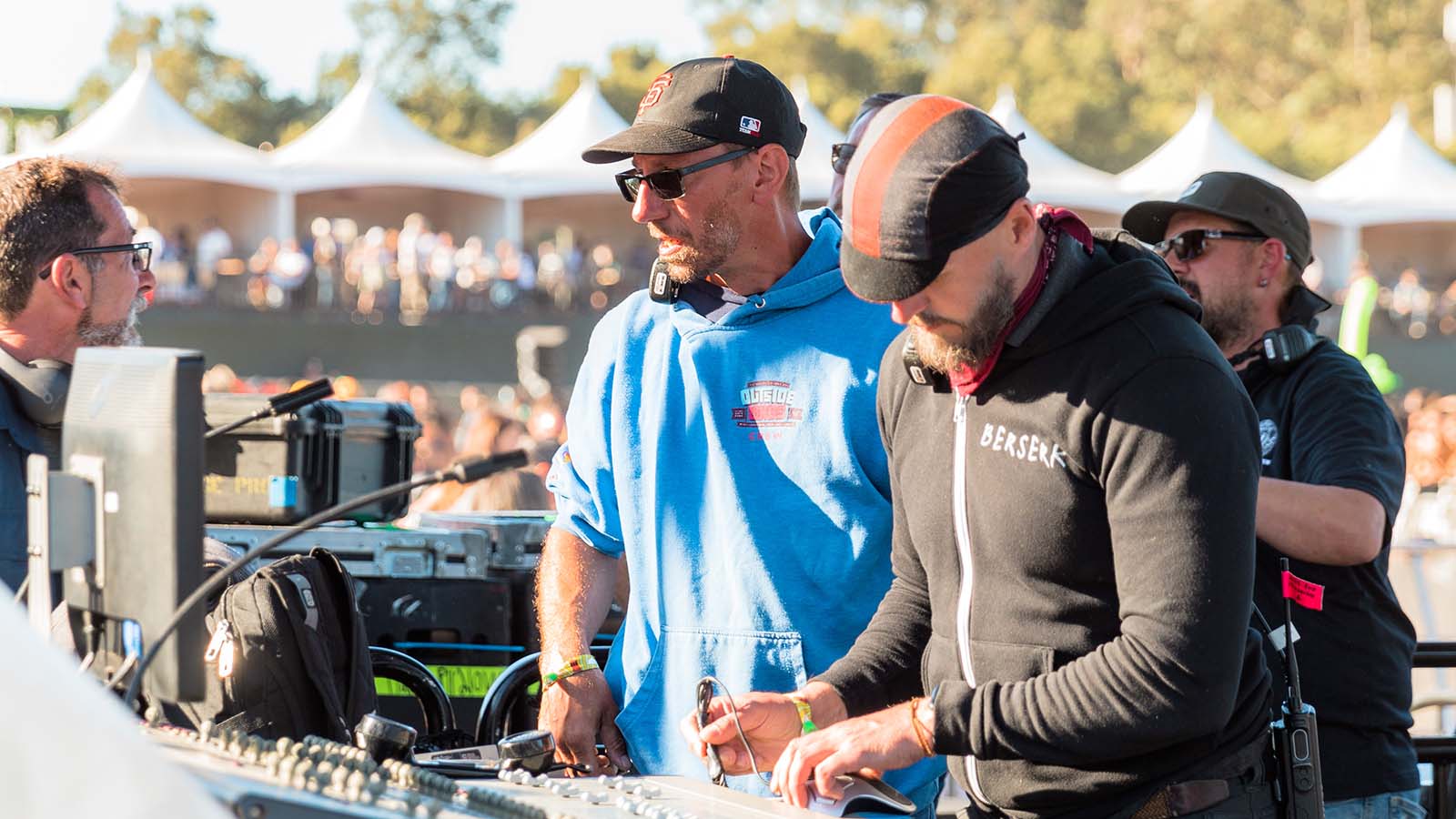 “We were impressed with PANTHER’s wide, consistent coverage,” comments Lyon. “The mixes sounded detailed and deep, with fantastic imaging. I’m looking forward to using it again.”

With the festival grounds surrounded by residential neighborhoods, keeping the sound confined within the park with delay towers is key. Four delay towers cover the “Lands End” main stage site — per tower, the front two consisted of 16 PANTHER loudspeakers while the back two employed 10 MICA loudspeakers each. 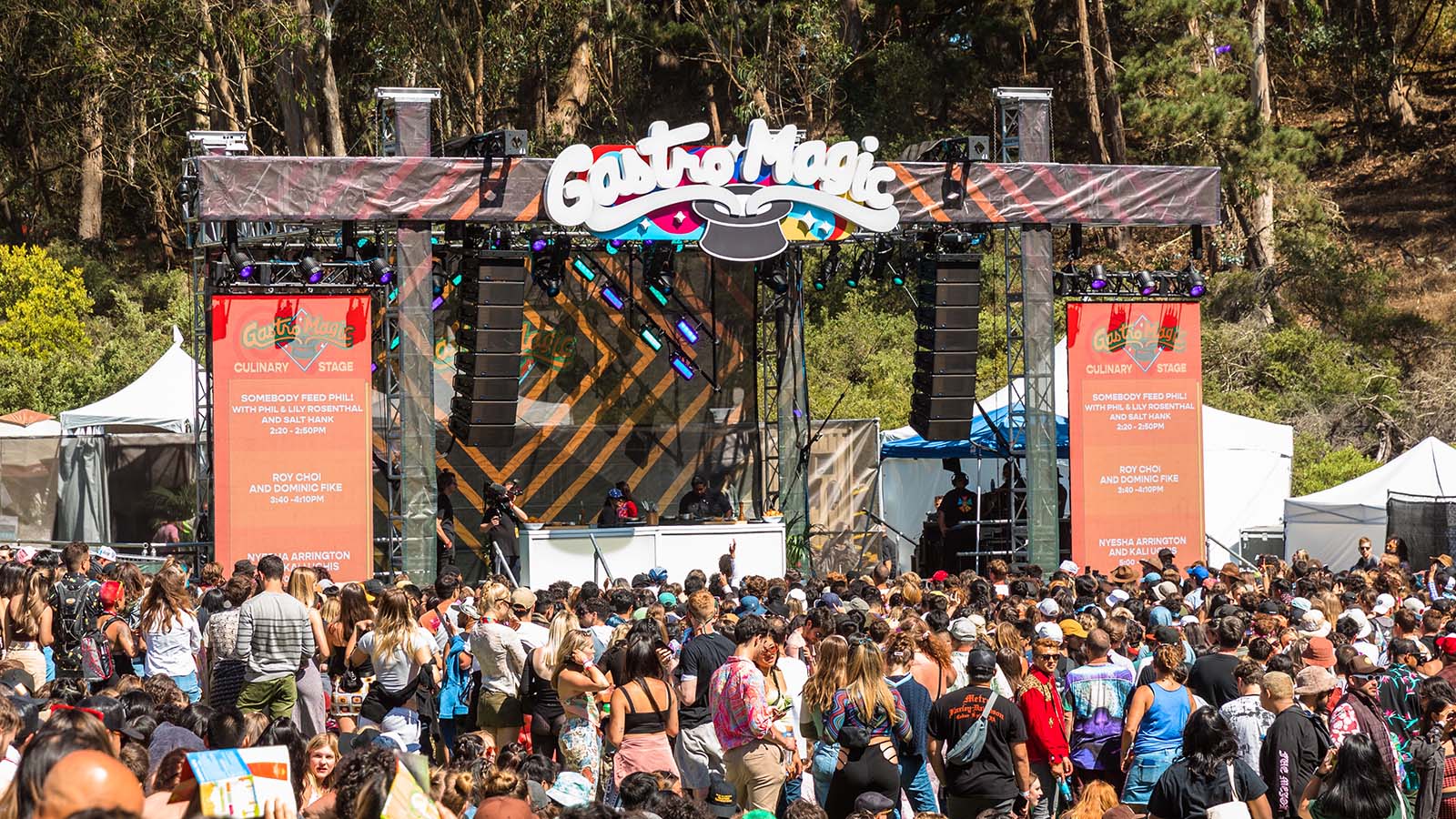 A PANTHER Lounge was also set up backstage for visiting engineers and festival production to meet with Meyer Sound technical services team members and learn more about the company’s latest technology.

“We are fortunate to have world-class collaborators like Meyer Sound and UltraSound in our backyard here in the Bay Area,” says Mary Conde, senior vice president of Another Planet Entertainment. “This allows us to deliver quality audio solutions that ensure amazing audience experiences at Outside Lands.”

Outside Lands Festival will return to San Francisco August 11–13, 2023, for its fifteenth anniversary.