A lost suitcase at the airport – annoying. A lost (or even stolen) flight case with expensive professional equipment – annoying, and also costly. To avoid this kind of thing happening, trackers such as Apple AirTags are a great way to locate and track items. For use with flight cases, Adam Hall Hardware has now developed its own mount that can be attached to a flight case in a variety of ways: via screw, adhesive or Velcro tape, strap or cable tie. 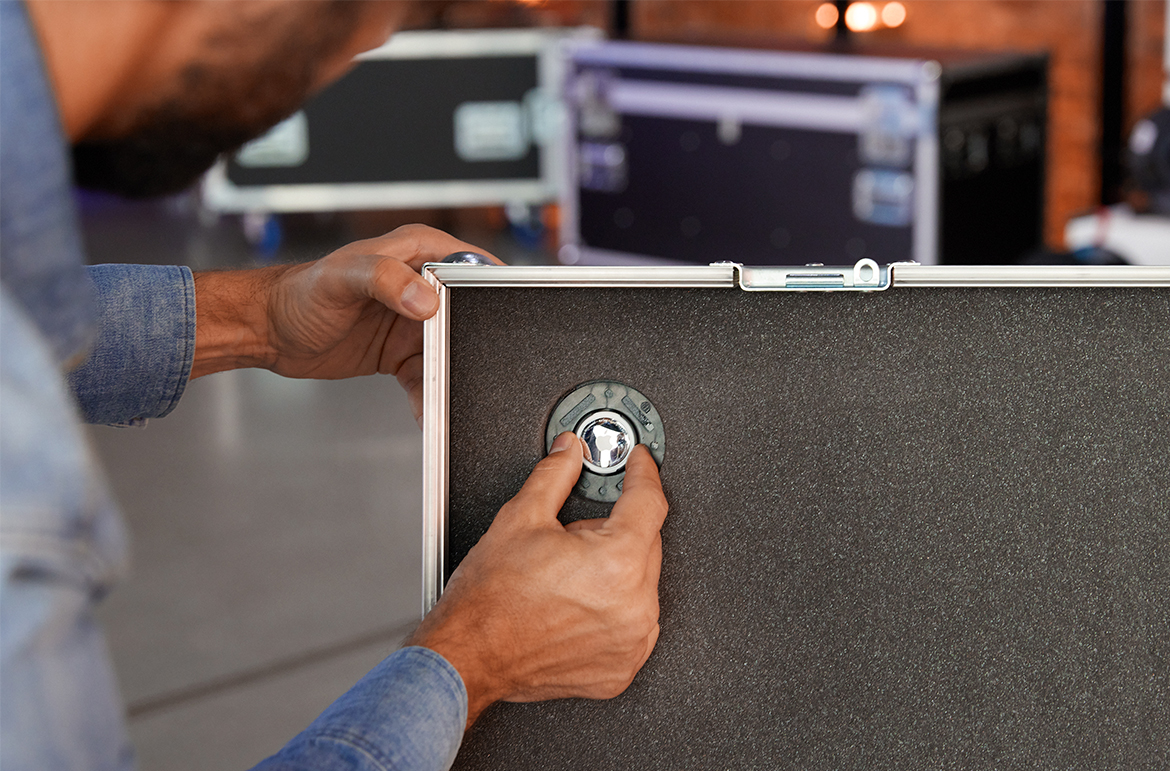 Adam Hall Hardware AIRTAG HOLDERs are made of shatterproof ABS plastic and offer optimal protection without compromising the function of a flight case. Thanks to their flat and compact design, an AIRTAG HOLDER can be placed almost anywhere on and/or inside the flight case. This allows the Apple AirTag tracker to be used in conjunction with an iOS device in a variety of ways:

How do AirTags work?

To track an AirTag, an iPhone or iPad with iOS 14.5 or higher is required. In close range (Bluetooth LowEnergy), the iPhone/iPad shows the direction and distance to the AirTag via the “Exact search” Apple function. If the AirTag is outside the Bluetooth range, the exact location can be seen in the Apple “Find My” app as soon as any other Apple device receives the Bluetooth signal from the AirTag. In this case, the location is forwarded to your own iCloud. If you also set the tracker to “lost mode”, the contact data can be sent to people in the vicinity of the AirTag via NFC (Near Field Communication). The battery life (1 x CR 3032 button cell) is stated to be one year on average. 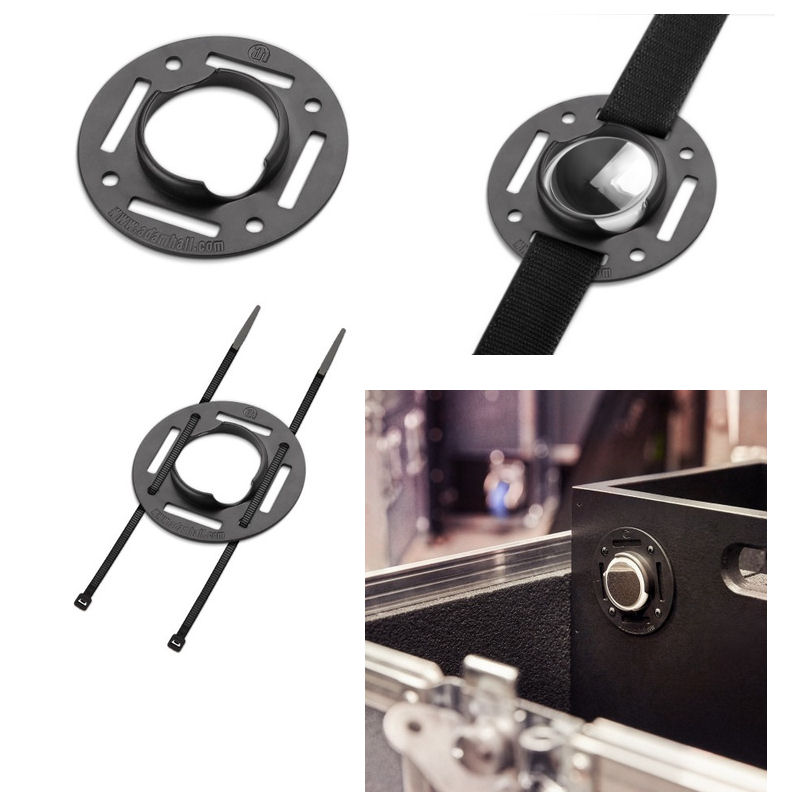