The Stones keep on rolling! This year, they’ve brought their tour “SIXTY” to packed European stadiums. With them on tour: Austrian Audio mics, hand-made in Vienna. 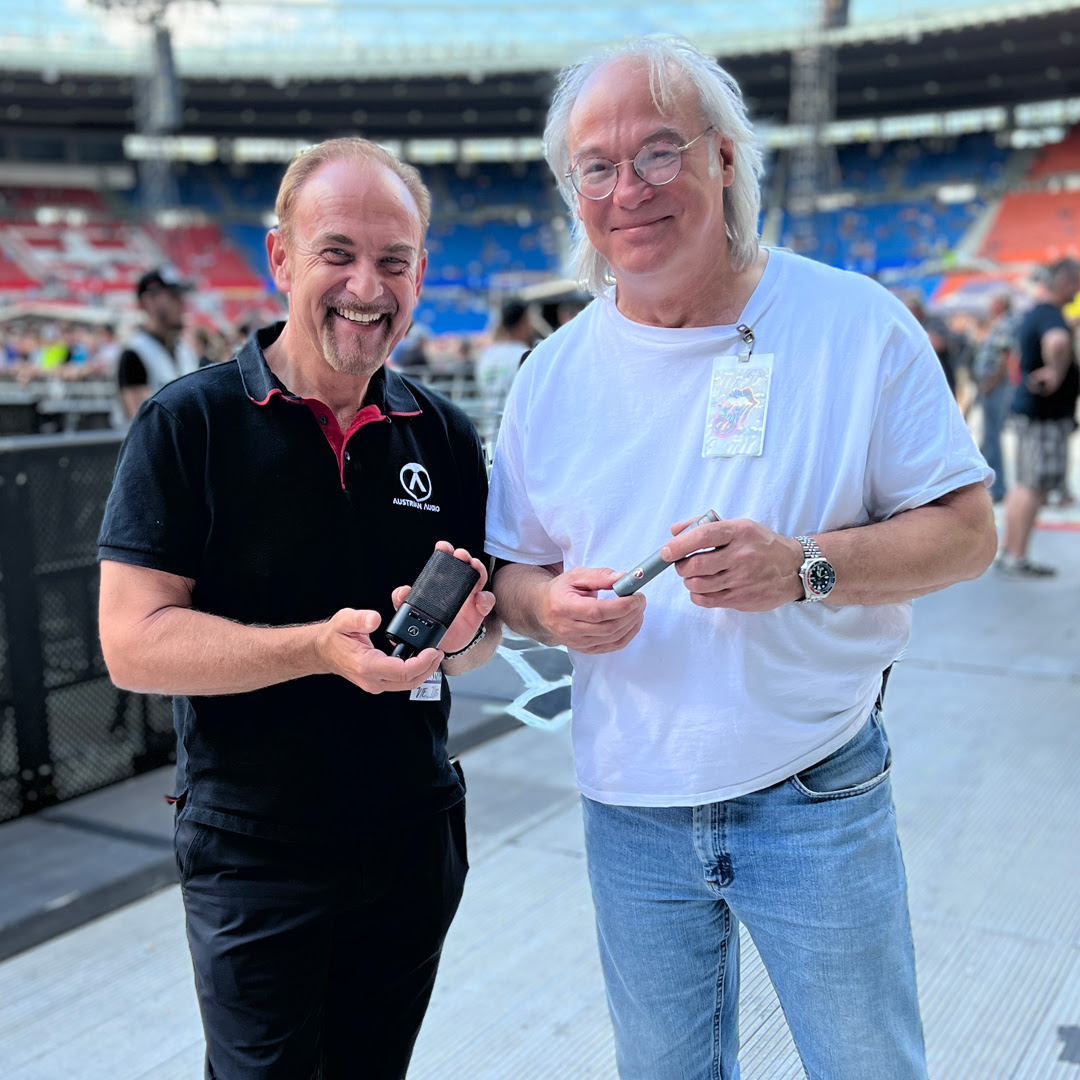 On July 15, The Stones rocked Vienna’s Ernst Happel Stadium. “It was an unbelievable experience,” says Austrian Audio’s CEO, Martin Seidl. “Of course, I’m probably The Stones’ biggest fan, so just seeing them live again was really cool. But hearing our mics on stage – that was unreal.” That the concert took place in Austrian Audio’s hometown made it an even more unforgettable evening. “It doesn’t get bigger than this,” Seidl says with a grin.

For SIXTY, Dave Natale, the legendary front of house engineer, is working once again with The Stones to make sure their sound is as excellent as their fans expect. Natale is one of the most influential and respected live sound engineers, known for his work with Prince, Tina Turner, Stevie Nicks, Yes, Motley Crue, Fleetwood Mac, Van Halen, and many more A-list artists.
Natale specifically chose to use the OC18 and CC8 cardioid true condenser microphone for both the No Filter and SIXTY tours. He messaged the Austrian Audio team about the mics from last year’s No Filter, saying: “We love them. I really like the fact that they weigh a lot. They are a really nice piece of functional engineering artwork!”
Austrian Audio’s AR manager Walter Rührig states: “I’m more than excited to have seen the Stones live. It’s just really amazing hearing the technology in such a larger-than-life environment. We developed Austrian Audio’s signature Open Acoustics technology right here in Vienna, and now we’re hearing Steve Jordan playing the drums for The Stones through our CC8s. It’s just crazy!”
The Stones SIXTY kept rolling across Europe, the last performance was on August 3 in Berlin.
Read other news tagged with: