English rock supergroup, The Smile embarked on their first ever UK and European tour with audio support from Britannia Row Productions. The band – comprised of Radiohead’s Thom Yorke and Jonny Greenwood, and Sons of Kemet’s Tom Skinner – chose a selection of intimate venues for their debut tour, which meant that house PA systems were the order of the day, and the Brit Row control package would take on a lot of the heavy lifting. 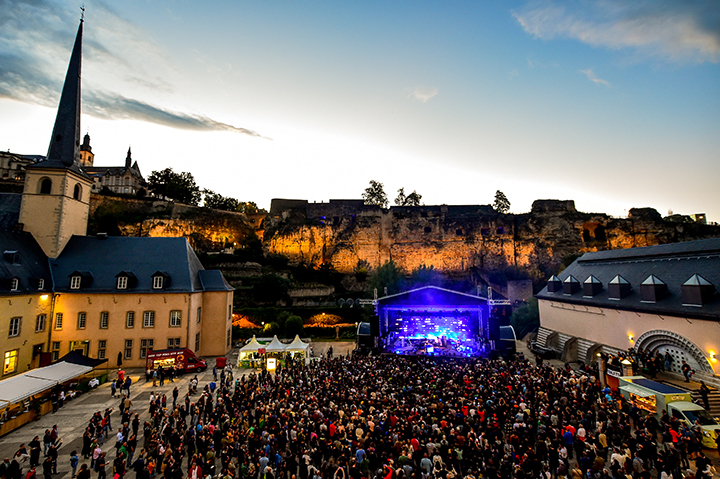 FOH Engineer Mikko Gordon has worked with The Smile’s frontman, Thom Yorke, for 10 years both live and in the studio, most recently serving as engineer for the band’s debut album, A Light for Attracting Attention.

“It felt natural for me to be the one to take this show out into the world,” says Mikko. “We spent some time at Rak Studios for production rehearsals and this allowed me to create my mix in a controlled environment. I used a lot of the same mic placements as when recording the album and spent a lot of time with the band refining the sounds. One studio technique I’ve tried for the first time live is using a Neumann FET 47 on the kick drum, which has worked really well.”

The show is a detailed and dynamic one, ranging from as low as 80db all the way up to short bursts of 105db. Mikko explained that this variability stems from his desire to capture the essence of each album track, heightening its emotional impact for the audience.

“They are only a trio but there’s a lot going on,” he says. “Johnny plays synths with foot pedals on some songs and even plays piano and harp at the same time. I’d say that the drums are more prominent live than they are on the album, but I prefer to avoid the typical ‘rock’ sound. The biggest challenge is dealing with boomy or reverberant rooms or venue PAs that aren’t always ideal.”

Mikko singled out London’s Roundhouse as being a particularly ‘boomy’ in the 100-200hz area, which is exactly where his mix for The Smile has a lot of energy.
“I was grateful to have System Tech Adam Smith with me for the Roundhouse shows and I was very happy with the results in the end,” he notes. “Other than that, the venues have mostly been great. Outdoors at Primavera festival, the clarity of the L-Acoustics K2 PA was incredible and it felt like sitting in a studio mixing the show.”

In order to tame some the more unruly house PA systems, Mikko chose a console he was comfortable with; the Avid Venue S6L complete with a Waves SoundGrid server and a Tubetech CL 1B compressor for Yorke’s vocals.

“I’m used to Pro Tools so the S6L is a natural fit for me,” he says. “Along with Waves and AAX DSP plugins it does everything I need. We’re playing lots of festivals and smaller shows on this tour so keeping the footprint down is also important.

“These days, some kind of intelligent vocal gate like the Waves PSE or Portico 5045 is an essential tool for me and one of the biggest innovations in live audio in the last five to 10 years, in my opinion. I’m making heavy use of the PSE across a number of channels to control spill and add clarity to the mix. I also use multiband compressors like the Waves C6 and 1176 plugin emulations, the 1176 being my go-to hardware compressor in the studio.” 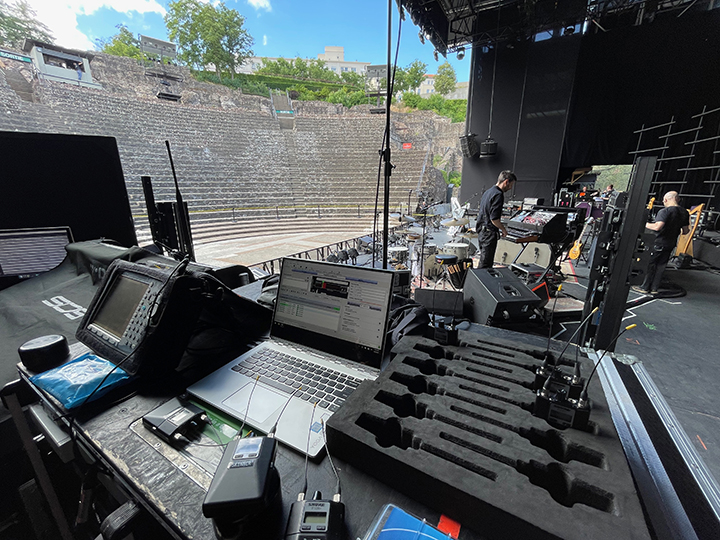 Another renowned Engineer, Simon Hodge, took the dual role of Production Manager / Monitor Engineer for The Smile’s UK and European tour, choosing a DiGiCo SD5 control surface with an SD-Rack to stay on top of the band’s detailed and exacting requirements.

“All three of them are very specific about their monitor sound, so I don’t really have any time to relax,” he says. “I’m in awe that they can be playing such complex music and still have time to think so hard about their mixes! In addition, the crew, who each have their own mixes too, are musicians, producers, and engineers in their own right, so I’m certainly kept on my toes.”

The band use a mixture of IEMs and wedges, with eight d&b audiotechnik M4s on stage and a Y-SUB for drum fill, all of which is driven by three d&b D80 four-channel amplifiers. Brit Row also supplied five Shure PSM1000 IEMs with one beltpack per channel, as well as an IEM antenna combiner/antenna package, two Shure Axient SBRC/AXT900 rackmount 8-battery chargers, and 10 Shure SB900 rechargeable batteries.

“We’re up to 64 inputs, which is quite punchy for just three people,” Hodge says. “There’s some fairly complicated routing in terms of sends back to various FX loops, MAX MSP, and the vocoder they use, so I need plenty of flexible bus options. I’m familiar with the DiGiCo sound and surface and the band seem happiest in the analogue domain. To my ears, DiGiCo is the closest thing to that, and I’ve used them almost exclusively since the D5 days.”

Both Mikko and Hodge were quick to praise the equipment and service provided by Brit Row, the latter naming them the ‘obvious choice’.

“When the band first started for the Live from Worthy Farm project last year during lockdown, we needed to meet their needs exclusively from within the UK,” Hodge explains. “At the time I was basically a one-man audio team and needed all the help I could get in making the system as compact and easy as possible. Brit Row were fantastic for this, and they continue to be fantastic on this tour.”

“I’ve worked with Brit Row on lots of shows before but not on full tours,” concludes Mikko. “They have a great reputation for a reason, and I’ve always been well looked after. This year has been intensely busy for audio companies and, despite running low, Brit Row always have gear available at the warehouse and a team working really hard to fulfil all of our needs.”

Brit Row is pleased to have been able to support The Smile and their team during this first campaign. From the pre-tour streamed shows, to the intimate UK venues and enviable European ones, the band provides a top-tier show with assured live mixes from a world class crew.