When Canadian creative director Matt Larivée, of Lüz Studio, sat down to design the stage set for Jack White’s Supply Chain Issues tour, GLP’s trusty JDC1 hybrid strobe and X4 Bar 20 batten were prominent in his tool kit. And so were 144 additional ‘virtual’ X4 Bar 20s… more of which later. 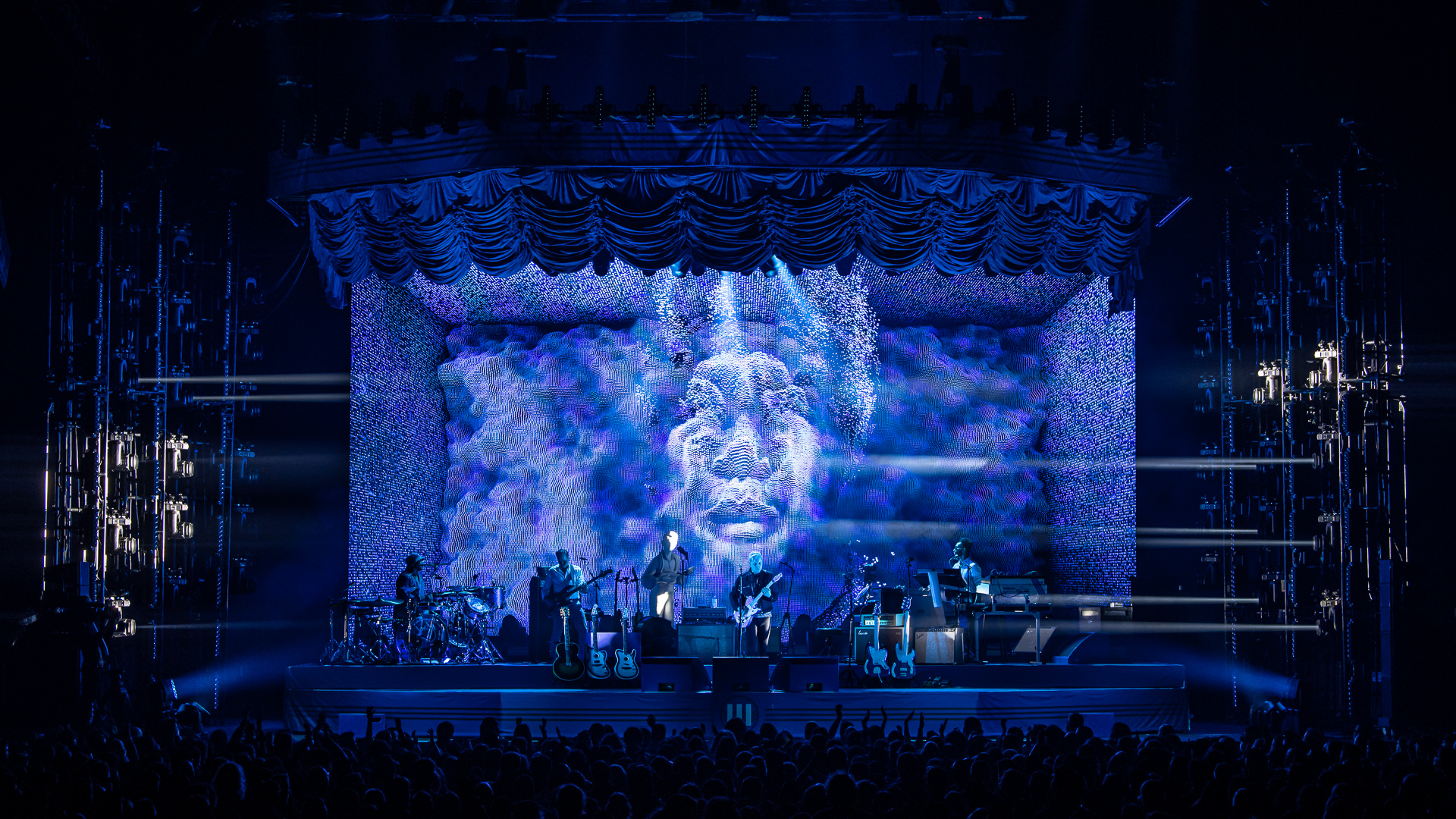 “The JDC1 is one of my favourite fixtures for washing a band from the floor, so that was a go-to to define the space and light up the band with washes and powerful tube FX,” notes Larivée. “As for the impression X4 20 Bars, they are also a regular fixture that I use, this time in a more subtle role to define the space above the band, next to the video wall.” The designer used 28 of the former and 12 of the latter in his plot.

Larivée has worked with the eccentric White for five years, designing the show for his previous tour in 2018, as well as being involved with one of his side projects, the Raconteurs. The artist himself contributed a good deal of creative input, “which was actually a good thing, because he’s very inspiring,” explains the designer.
The Supply Chain Issues tour is in support of the former White Stripes man’s fourth and fifth studio albums, respectively Fear of the Dawn and Entering Heaven Alive. Matt Larivée explains the creative process: “It is really collaborative,” he says. “We came up with the first design and he responded with ideas of his own… and so it went on.

“For example, there’s a Hawaiian statue similar to the one Jack used in his latest music video. We suggested using excerpts of this statue in the video content but after a few discussions, we ended up having a 6’2’’ [1.8m] white statue on stage. Positioned within the statue is a pedal board that controls the lighting, and depending on the song, the colour changes in accordance with the music. So, for White Stripes it’s red, for Raconteurs green, and so on.”

The concept of the show is a stage upon a stage that would be scalable to fit both theatre- and arena-sized venues. “Jack improvs all the time – there’s no set list, so the proximity with the band is very important,” continues Larivée.“That stage-on-a-stage idea was also good to support that.” 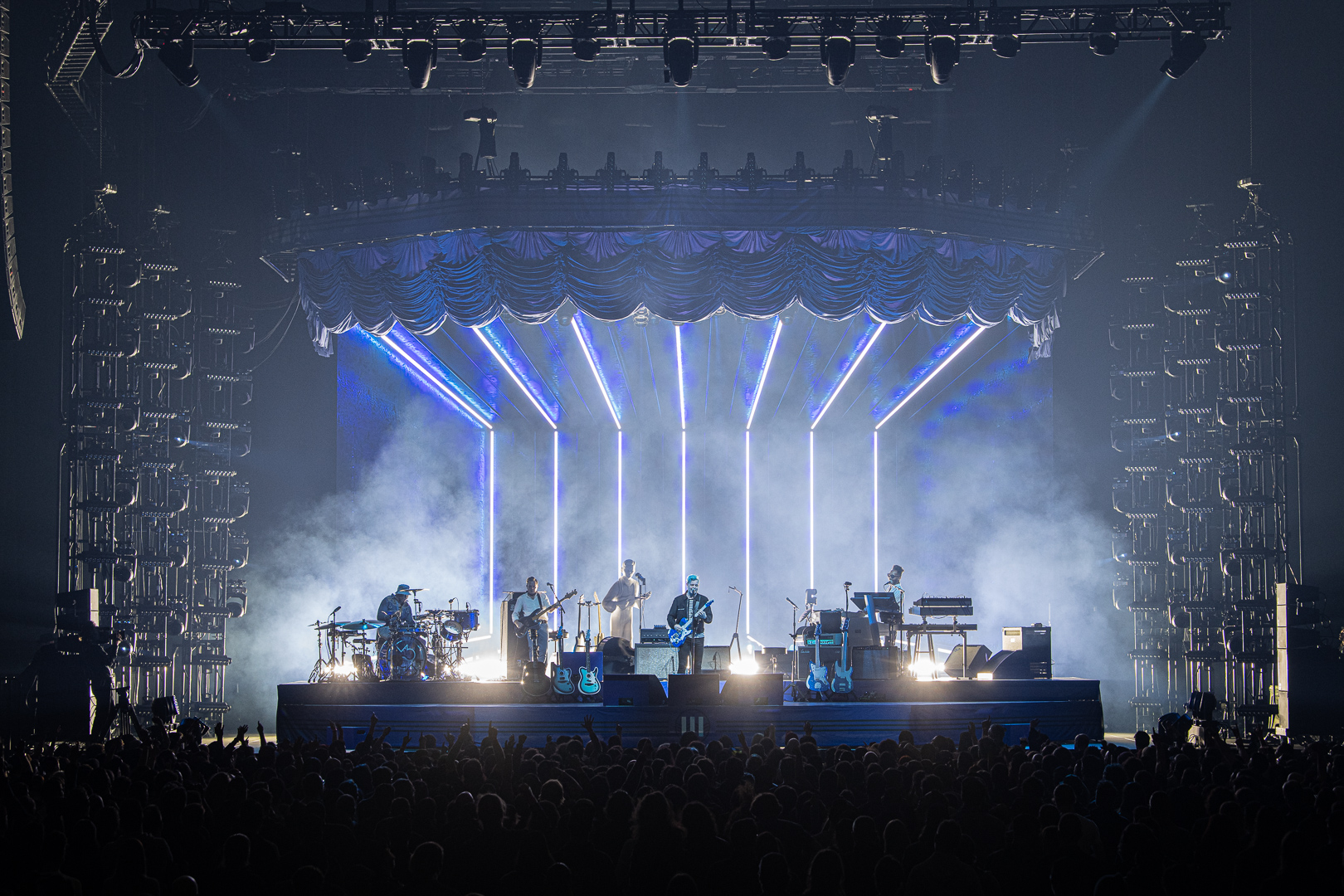 However, to create that concept, they needed to define space – and they used a clever bit of GLP illusion to pull it off. Larivée explains: “There’s a curtain that surrounds the downstage and upstage, and a video screen that matches the width of this curtain. We didn’t want to use random images or flat imag. so we needed to create set extensions architecturally. But since it’s a concert it has to be dynamic, and because it’s improvit can’t be pre-rendered – therefore all the virtual, volumetric lighting was created in CGI and integrated in the scene with no intensity. The intensity and colour were controlled from the lighting console.”

Created in Notch VFX and driven by the Disguise gx 2c servers, the render-free lighting followed the lighting programming. New fixture profiles were created similar to the original, using a zoom but no tilt “We used wash lights and other ambient lights, but the main feature was those X4 Bar 20s,” says Larivée “because they look like the real ones and they are hung just as they would be in real life.

“The FX felt real because they were designed by lighting people who were familiar with producing content.”

The realisation was entirely down to Lüz Studio, which designed and programmed all lighting, production and video. “The virtual lighting is an art form of ours – but this one required a lot of R&D,” adds Larivée. 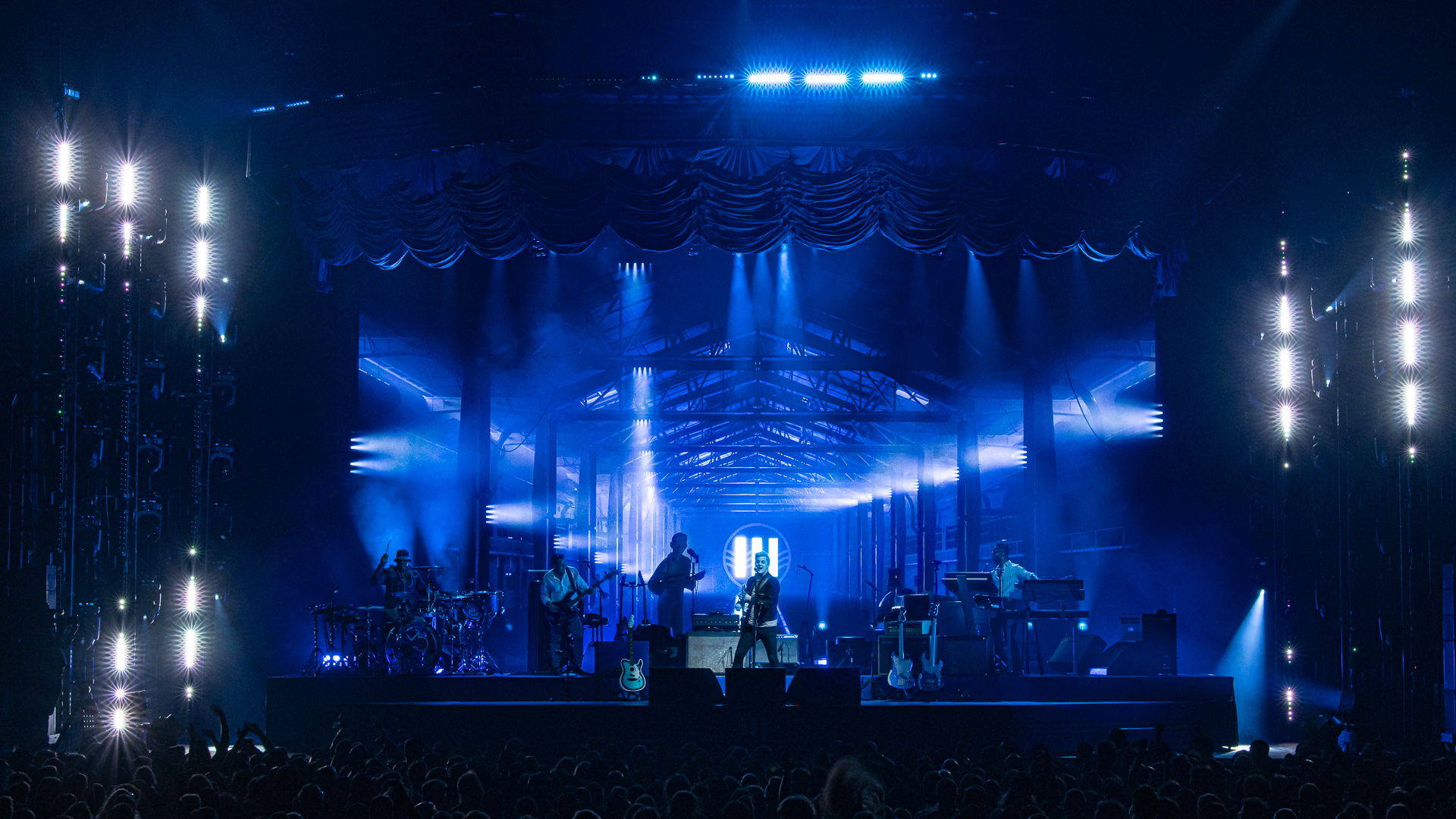 As for the GLP inventory, he notes that “everything fulfilled our expectations. These are reliable fixtures, which is always reassuring for a road crew.”