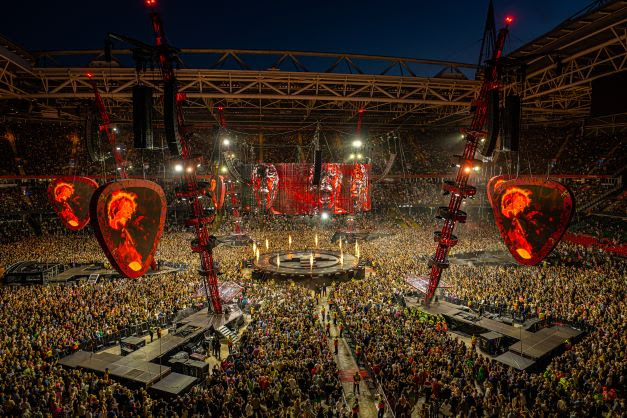 Brute of a fixture
“The XDC1 is a really great fixture. Its so punchy and the animation and beams achievable through the RGBL pixels look amazing; the colours are bright, vivid and rich and the strobe is powerful way beyond its size.” Mark Cunniffe, Ed Sheeran Production Designer. 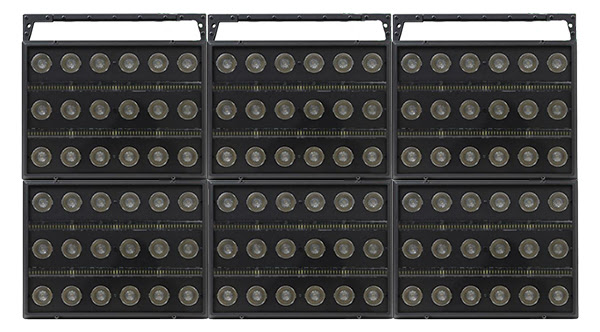 Outdoor IP 65 Rating!
Mark Cuniffe’s first consideration was that everything needed to be IP rated, seeking a wide, colourful flood he approached Mike Oates and Ryan Hopkins at Lights Control Rigging (LCR), so often his go-to guys over the years, and they, in turn, approached GLP. 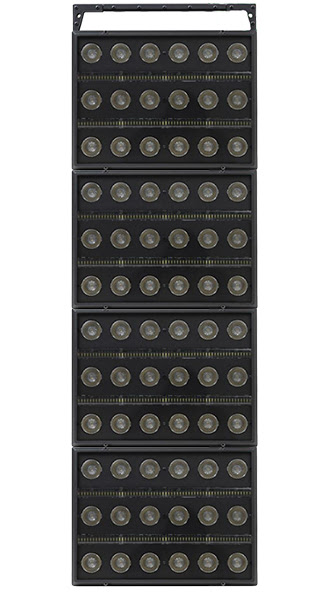 RGB Lime
“The colour quality is great, from soft pastels through saturates. In fact they worked incredibly well at Wembley with the house lights to extend the strobe fill from the masts.” Mark Cunniffe. 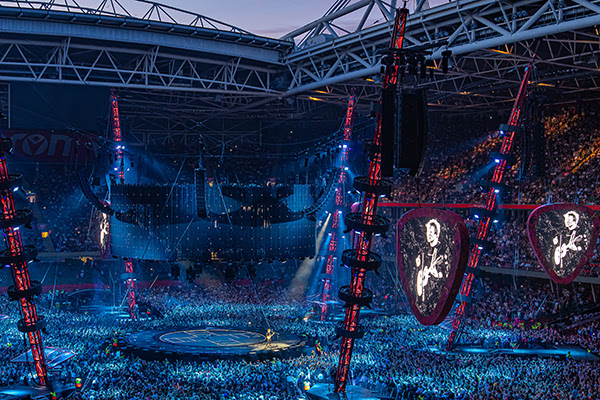 The fixtures have entirely fulfilled the role Mark Cunniffe had in mind. “These are very much part of the signature look and the next generation,” he says.