Deftones, the American alternative metal band, has wrapped the North American leg of their OHMS tour, delivering a show that fans felt was worth waiting for. Lighting, Production and Set Designer Jon Eddy used Claypaky RGB laser source Xtylos tight beam and Claypaky ReflectXion next-generation compact moving mirror to give a unique look to the show. 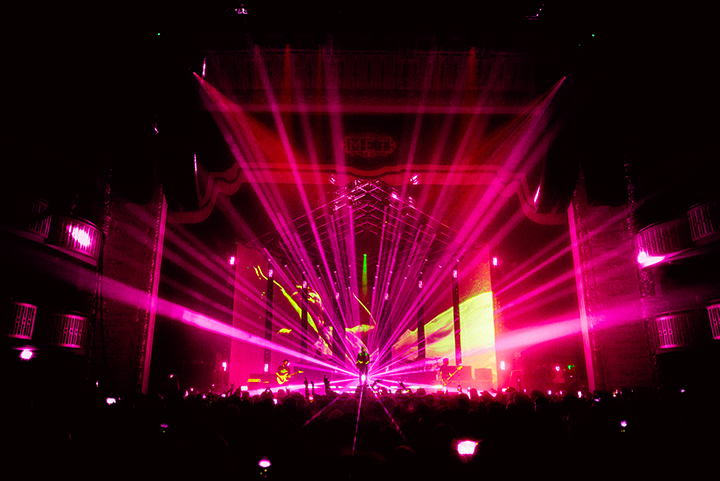 The six-week leg of the tour kicked off in Portland and included a setlist that spanned Deftones’ nine studio albums and three live debuts. Deftones released their album “Ohms” in 2020 along with a 20th-anniversary edition of “White Pony” and earned Grammy nominations for the songs “Ohms” and “Genesis.” The band is currently touring Europe playing a roster of festival dates.

Eddy designed the band’s 2020 tour, which was canceled due to the coronavirus pandemic. He completely redesigned the new tour, putting the COVID lockdown to good use, experimenting at home with the Xtylos and ReflectXion units provided by Claypaky. “I got to spend a few months with each,” he says. “Then, when the Psycho Las Vegas festival that I’ve designed for the last five years came back in 2021, I used Xtylos and ReflectXion there. They looked amazing in the MGM Arena.”

Eddy thought of Xtylos and ReflectXion again when it came time to create Deftones’ 2022 tour. “I was going with a less is more look, sleek and sexy” he explains. “I like using a lot of negative space, and beam fixtures are good for that since I didn’t want to wash out the whole stage.” 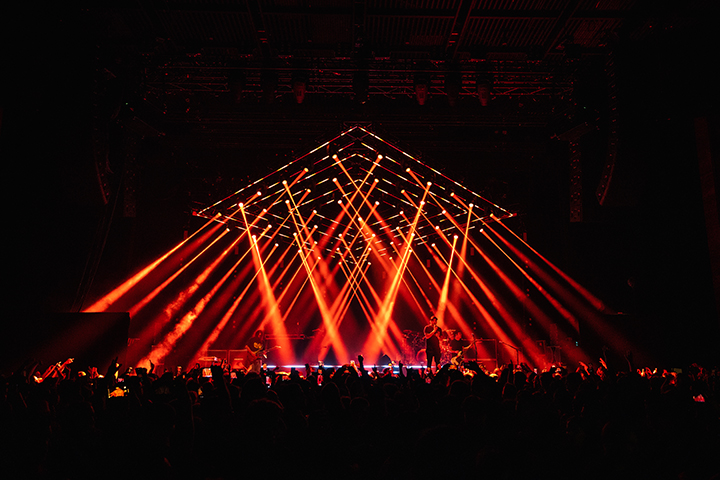 He designed an aerial rig composed of concentric diamond trusses filled with nothing but beams and sceptrons. “We used 48 Xtylos. They were our only moving light with eight, sixteen, and twenty-four fixtures on the small, medium, and large diamonds,” notes Eddy. “We also had a couple of follow spots and a washbeams downstage.” Laser projectors mapping rollers upstage added the video element.

“With Xtylos, I’m able to use blue and red, and they’re as solid as anything I’ve ever had with white or no color,” he reports. “That’s extremely pleasing for a lighting designer. I love how the light cuts through breakup prisms and gobos and is so saturated – there’s no other light like it!”

Eddy wanted to use a mirror as a god light low on the floor behind singer Chino Moreno and felt this would be “the perfect opportunity to do something different.” ReflectXion bends and shapes light without losing it; the highly reflective unit features up to 99% reflectance without chromatic aberrations. 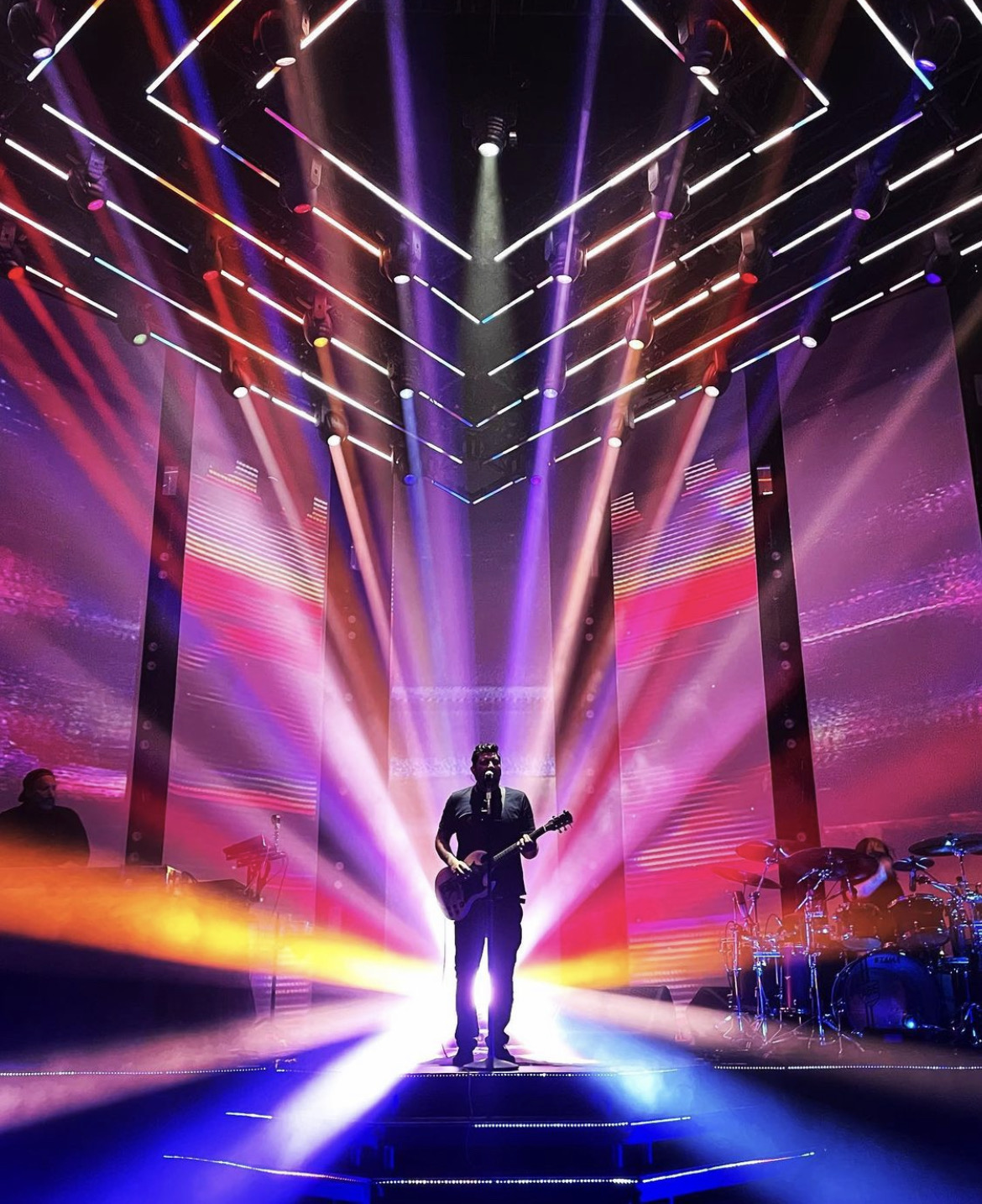 “ReflectXion was a cool progression from what I’d tried in the past, and it worked great. For some songs, I had all 48 Xtylos hitting a solo ReflectXion, creating one massive prism look, with beams going from the mirror to every corner of the venue.” The effect highlighted songs on which Moreno played guitar, including “Sextape, Change” and “Digital Bath.”

“Everyone asked what that light was, especially when ReflectXion started moving,” Eddy notes. “I had to tell them it’s not a light; it’s a moving mirror – not very many shows have used it yet.”

Eddy also reports that his Avolites console and media server’s Synergy feature allowed him to “program and activate parts of the rig to play along with the video at certain times. I could activate all the Xtylos to play along with full color and intensity off the mirror.”

Christie Lites Las Vegas provided the Claypaky Xtylos and ReflectXion to Eddy and served as the tour’s lighting vendor and lighting crew supplier. 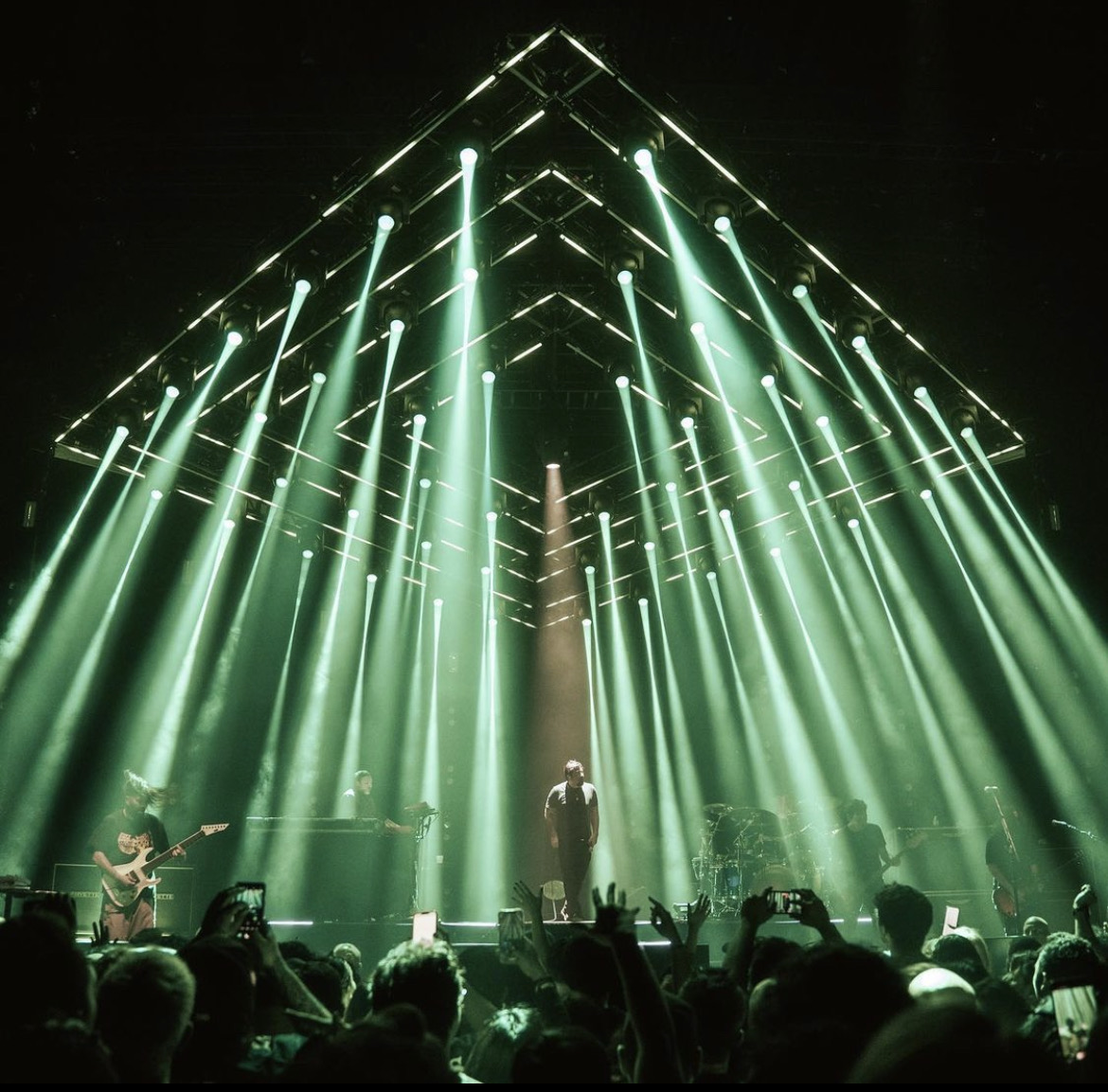 “Xtylos will definitely be a good part of my lighting repertoire now,” Eddy says. “I’ve always been big on Sharpys, but now that I’ve had my hands on Xtylos, it will be hard to do a show without them.”