The production surrounding two impressive shows at Rotterdam’s Ahoy Arena by Dutch rising star Davina Michelle saw an imaginative fusion of dance and rock ‘n’ roll that united some of the best and most innovative talents on the Dutch production scene. These included artistic directors Sophie and Sander Reneman from multidisciplinary, creative agency TWOFIFTYK and Marc Heinz who was asked to design lighting. 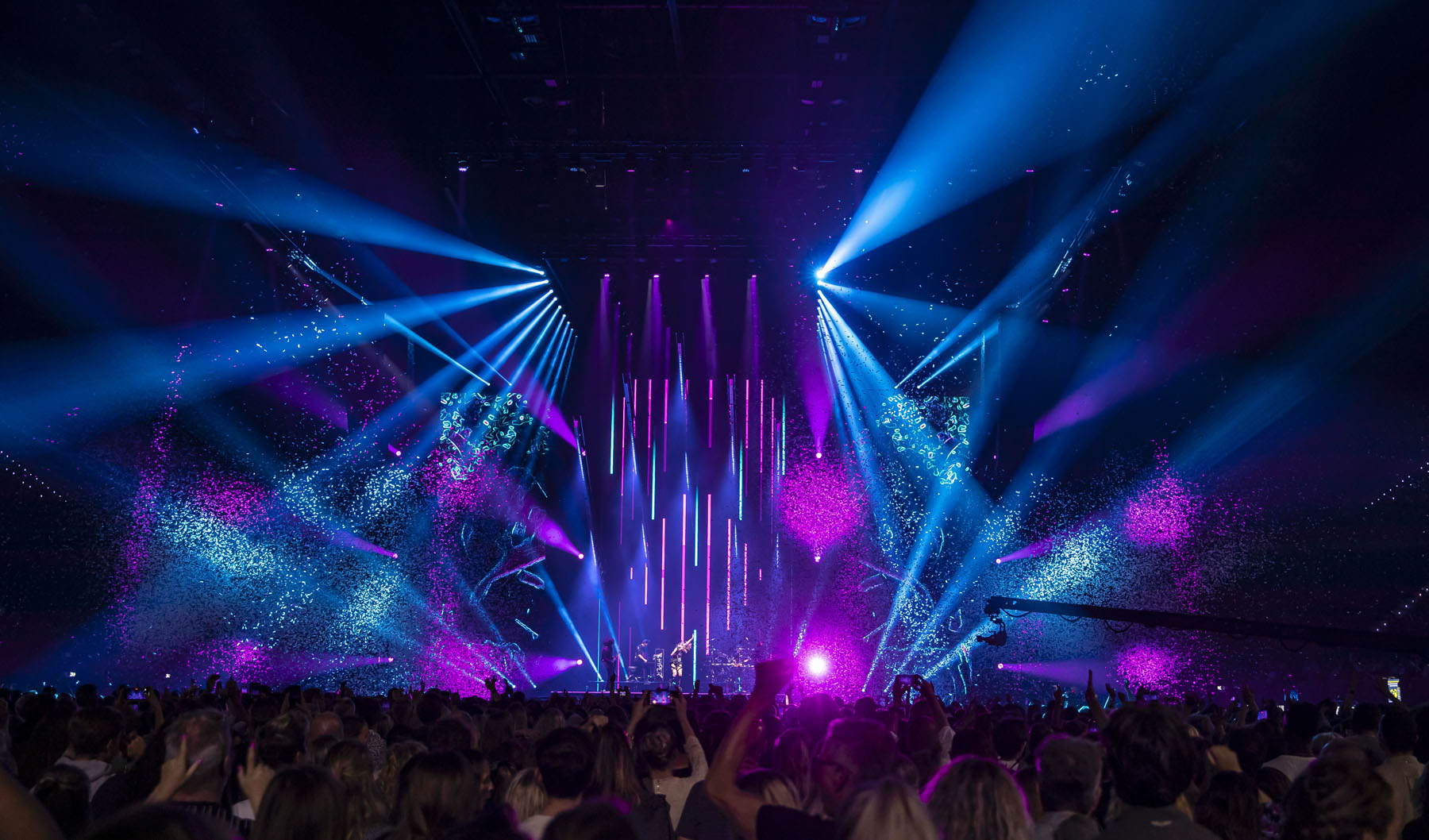 Marc is well known for this international theatrical and opera work as well as his outstanding high-impact light shows for ground-breaking DJ Armin van Buuren. For these showcase performances he specified nearly 300 Robe moving lights to bring flexibility, impact, and drama to the stage, on which he worked closely with assistant lighting designer, Jordy Veenstra and Koen van Elderen.

The set concept was based on perceptions of space and proximity. To make it simultaneously intimate and visually striking in the large arena, a custom 10 x 7 metre glass riser was installed as a set centrepiece, underlit with LED sources. This had custom glass risers on top which Marc lit from above with a grid of Robe T2 Profiles and LEDBeam 350 fixtures, creating a cage-like effect.

“We wanted a big, bold and confident aesthetic offering all the fluidity and grace of a dance show with the power and attitude of rock ‘n roll to compliment the artist’s lively and energetic stage presence and the solidity of her band,” commented Marc.

At Davina Michelle’s request, the band risers were also positioned close to her onstage space. A substantial runway emanating from the front of the stage created an ‘almost-in-the-round’ layout which ensured she could be close to her fans, all of which was challenging to light but looked amazing.

At the back was a very large and elegant portrait orientated LED screen, flanked by two narrower left and right screens making up a powerful central lightsource in addition to the underlit floor, so Marc needed plenty of firepower and punch from his luminaires to cut through and produce the bold colour washes, specials and vivid linear looks of the show. 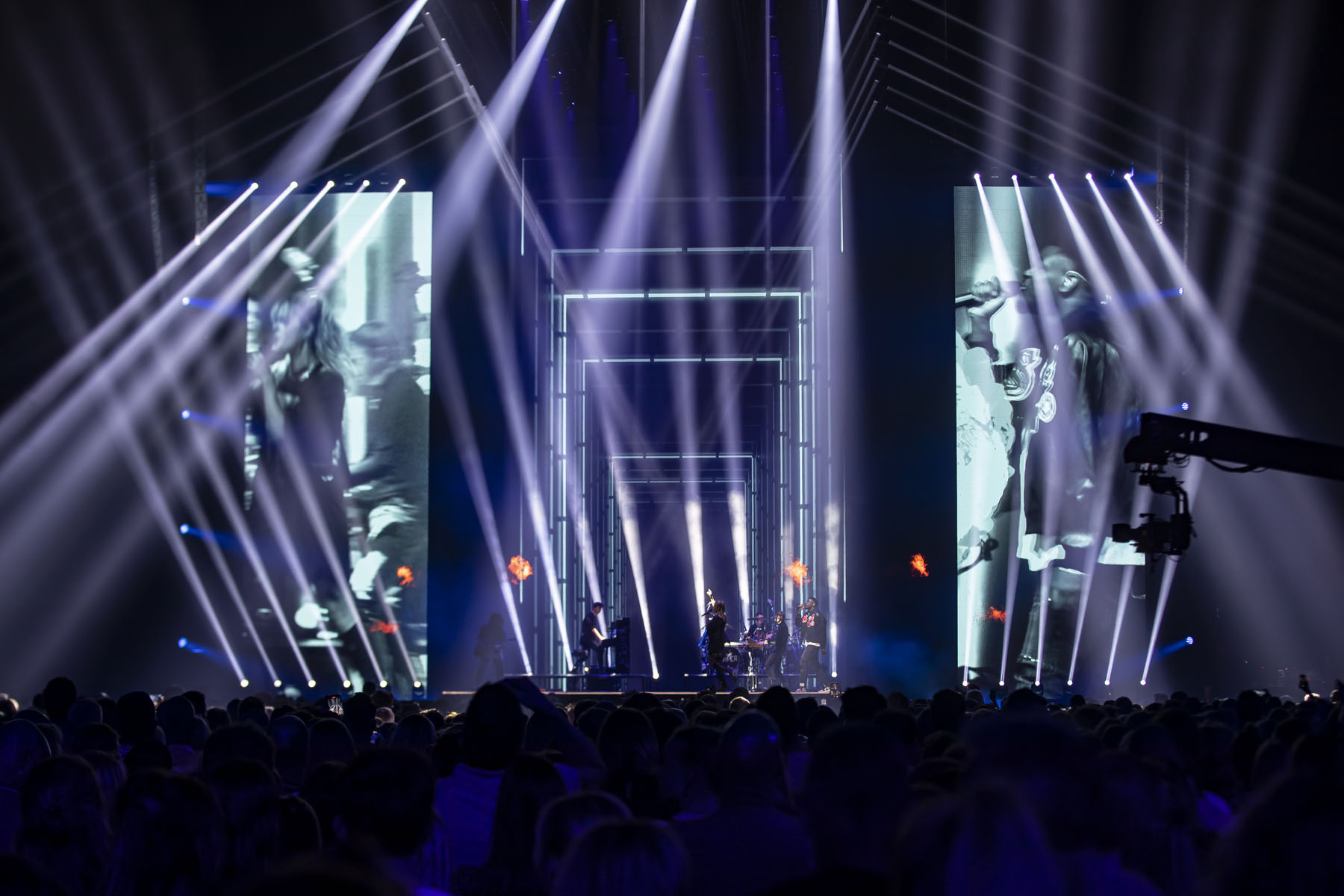 Robe’s T2 Profile was at the heart of his lighting design.

Marc fell in love with these fixtures after using them on “Zodiac” an innovative musical production staged in the panopticon style Koepelgevangenis in Breda, a former prison. T2s also featured on a “The Sound of Music” show he lit last year for Stage Entertainment.
At Rotterdam Ahoy, four trusses precision rigged immediately above the centre glass topped stage area were each rigged with seven Robe T2 Profiles alternating with eight LEDBeam 350s and a single T1 Profile on the downstage end of each truss for key lighting.

These 28 x T2 Profiles produced the chic and tightly defined lines of the ‘cage’ together with a variety of other looks which became a signature of these shows combining their sharp columns of light, precision shuttering and beautiful colour washes, while the LEDBeam 350s were used for a miscellany of effects including strobing.

It was Marc’s first time using Robe’s new LEDBeam 350, but he was “very impressed” with the brightness and versatility, especially as this over-stage lighting position was trimmed at 17 metres.

All the fixtures rigged on these four trusses had to be millimetre perfectly positioned and squared up for the geometric light art to work as intended.

Inside these four ‘cage trusses’ were five smaller automated trusses rigged with LED strip fixtures which came in to create alternative shaping for the space. 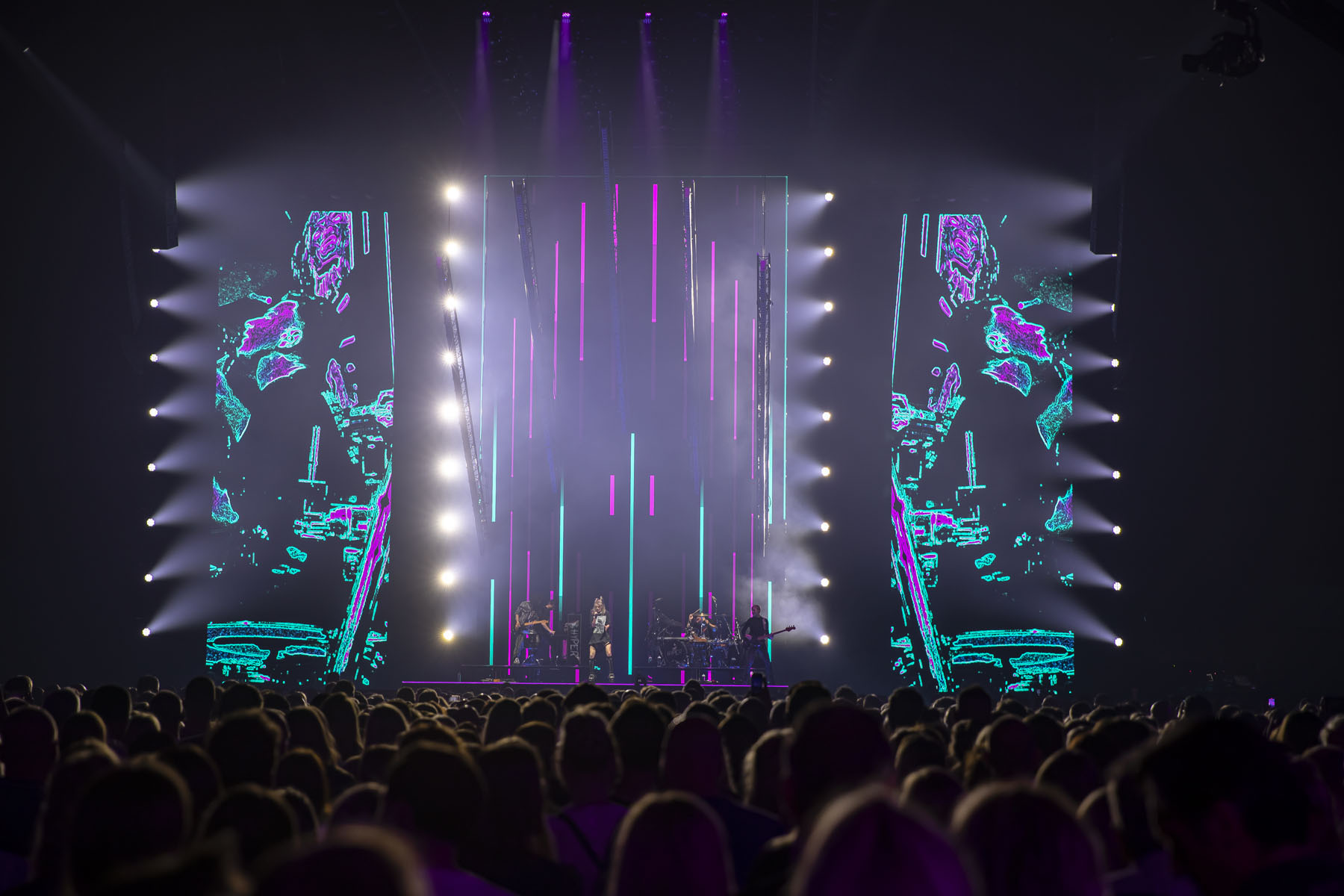 The rest of the 116 x LEDBeam350s were deployed above, below and on vertical ladders in between the upstage LED screens where they stunned everyone with big bold sweeps and fly-aways into the audience, helping the artist connect with her fans and to move the energy off the stage and all around the room.

The other 12 x T2 profiles were rigged as front and side lighting on a U-shaped truss flown above the end of the catwalk together with three Robe BMFL WashBeams that were hooked up to a remote follow spotting system.

Sixty Pointes were used to outline the stage at the front and in a long line along the back to blow-through and generally create dramatic and fun looks from these angles.

The complete lighting, video, and rigging package was supplied via Unlimited Productions, a task overseen by the show’s production director, Bart Roelen. Many of the Robe fixtures came from Rent-All, and 66 additional LEDBeam 150s from Ampco Flashlight Rental were rigged around the balconies to provide audience lighting when it was confirmed that the shows would also be recorded for later digital broadcast.

Lighting was programmed by Marc, Jordy, and Koen van Elderen on two grandMA2 consoles and mostly run to timecode. Koen, a regular collaborator with Marc and Jordy, ran the main effects lighting console while Jordy took care of the follow spots, house lights, audience illumination and other extras.

The challenges on site were primarily the tight get-in and setup timeframe where they had only one full rehearsal with artists and band, which is also where the lighting team got a proper look at all the video content and cues plus the IMAG camera mix before going live for the first show.

With a crew of consummate professionals … naturally this all went smoothly, with everyone relishing every second of being back at work on live shows after the pandemic.

“It was great working with TWOFIFTYK again,” commented Marc. “We enjoy a fantastic and fluid creative synergy which really helps a show narrative to evolve quickly and meaningfully.” 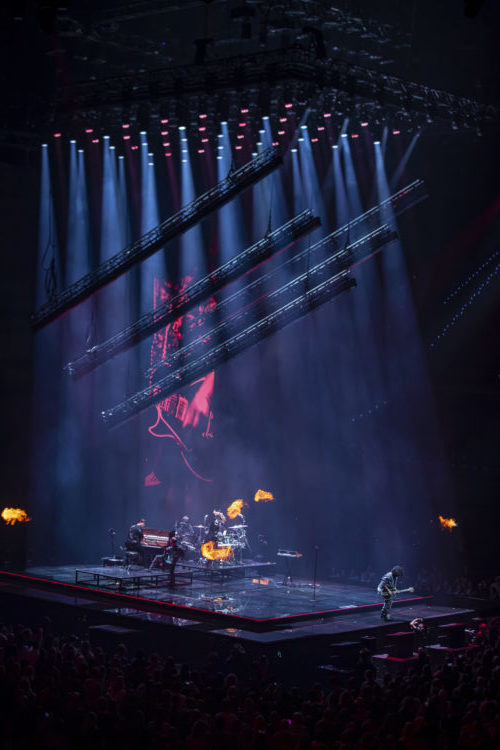 For Bart Roelen, sourcing kit was a major consideration … as many of the summer festivals had already reserved equipment earlier in the year in anticipation of covid restrictions being lifted. However, with a bit of smart logistical manoeuvring and some elements of luck, he was able to get all the Robe fixtures that were so fundamental to Marc’s lighting design.

“We at Unlimited Productions also love to work with Robe,” he noted, “The kit is good quality and reliable, widely available around the world and the support we know we can get from Robe if needed via its distribution network is fantastic!”