Gianna Nannini, the female Italian rock voice par excellence, finally played some concerts in Germany on her European Tour 2022. At a total of ten concerts in halls and open airs, the German tour organised by Karsten Jahnke Konzertdirektion, the premium line array system HDL 50-A 4K, was the PA system of choice to convey Gianna Nannini’s power to the audience appropriately. Together with Tontechnik Kaufmann, Thomas Mundorf, Product Manager Germany at RCF, was in charge of the system during the German dates of the tour. As part of her tour, Gianna Nannini and many other Italian stars also performed in the newly opened RCF Arena in Reggio Emilia. The RCF Arena is Europe’s largest outdoor arena with a permanently installed sound system – the perfect sound at the concerts in the arena is, of course, ensured without exception by RCF systems. 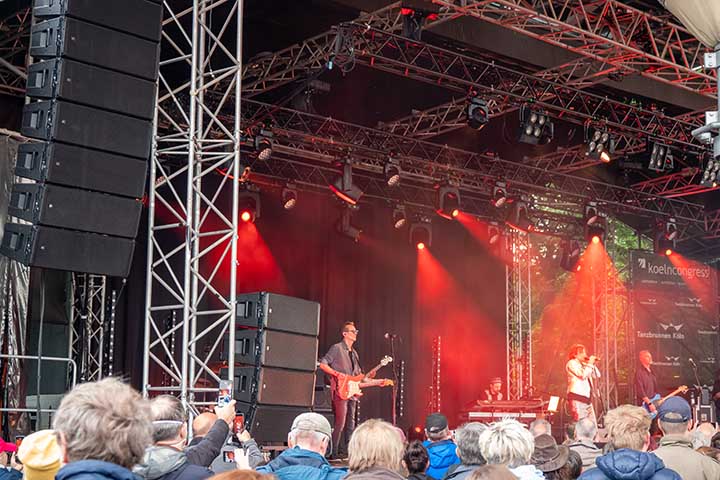 During the German tour where Gianna Nannini played both open-air and indoor concerts, the team around Tontechnik Kaufmann was in charge of the sound equipment and relied on active 3-way HDL 50-A 4K line arrays from RCF. HDL 50 4K is the latest generation and the most powerful system in the RCF product portfolio. Four power amplifiers built into the cabinet deliver 8,000 watts and a maximum sound pressure level of 143 dB. As main PA, up to 12 HDL 50-A 4K units were used to the right and left of the stage. The hangs were complemented by 12 HDL 30-A units each as outfill. Centrally positioned on the stage, up to 6 modules of the same type served as front fill. To provide sufficient sound pressure in the lower regions, 12 active high-performance SUB 9006-AS subwoofers were placed in front of the stage. 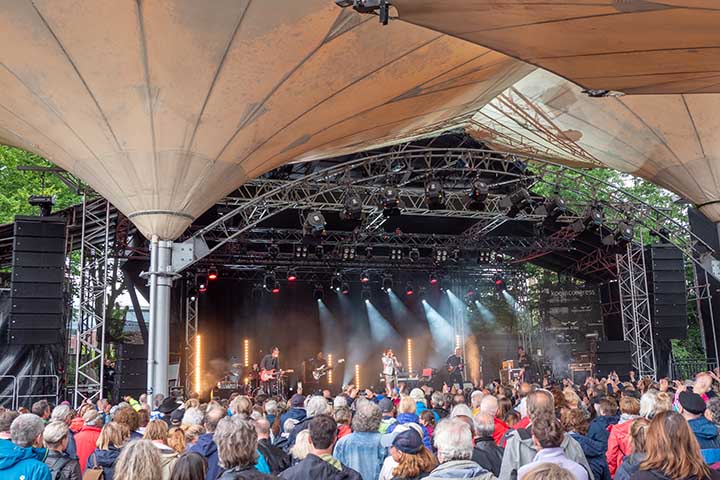 Thomas Mundorf, Product Manager RCF, about the tour and the planning: “Because of the different venues, the PA was of course always adapted to the conditions on site; at some concerts, the RCF equipment was also combined with the house PA. The changes affected, on the one hand, the number of line array modules, but especially often the outfills, which were flown or placed as a stack on the stage. However, due to the HDL systems’ flexibility and the RDNet control software, these changes did not mean any major challenges for the teams.” 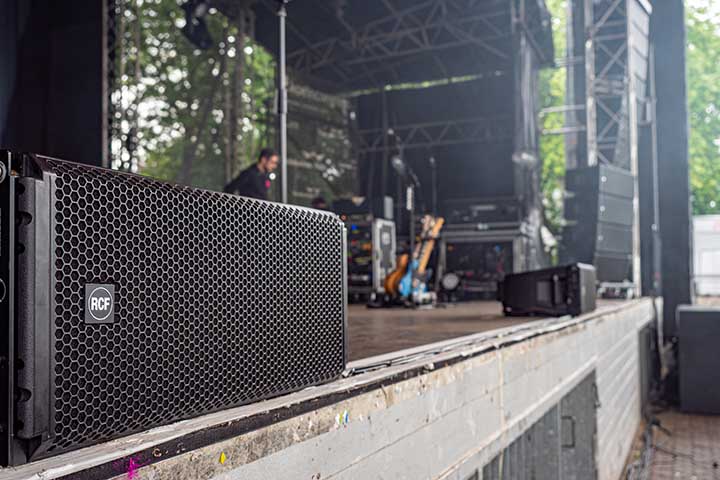