When London-based post-punk revival band White Lies played the Eventim Apollo in Hammersmith – a stone’s throw from where they formed back in 2007 – the landmark show, part of their pan-European tour, highlighted an expansive stage production populated by 94 of GLP’s JDC Line 1000 hybrid strobes. This is the largest complement of these fixtures so far deployed on a single show in the UK. 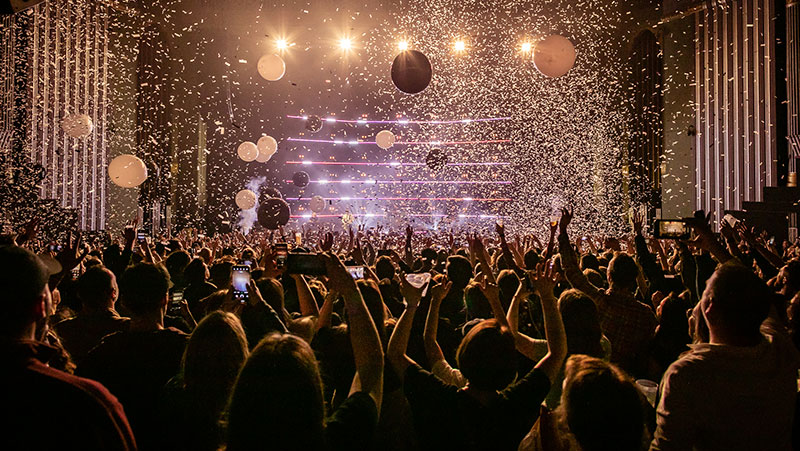 The LD responsible was Dan Williams, who joined the band back in 2019 and who has been a strong advocate of this fixture and its predecessor, the JDC1 hybrid strobe, for some time. “At Hammersmith,” he said, “these really helped to fill the stage space.”

Explaining his choice of the relatively new fixture, Williams says: “Tour manager Hans Persson likes to adopt new fixtures which look good, and the band were keen on having a statement piece.

“I knew that Colour Sound Experiment had bought a large quantity [of JDC Lines] and Alex Ryan gave me a demo.” In fact, having seen the fixture on the GLP website, Williams had already made up his mind: “Hans and I agreed that fitted with the diffusers they would achieve the clean look the band wanted.”

The LD opted to run them in DMX Mode 4 (94 channels) with full white pixels and one individually controllable RGB cell.

The show itself is programmed to time code, he explains. “It’s the best way you can show off everything it can do,” says the LD, also mindful that he would be handing over to a different board operator when the tour headed out to Europe. 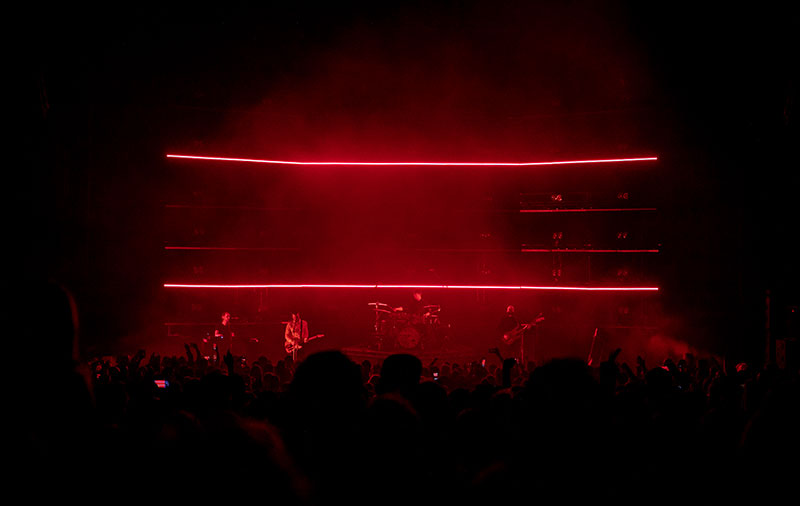 While he describes the JDC1 as “a really good strobe”, the JDC Line offers the bonus of being an excellent set piece as well as a powerful light. “I wanted to make something powerful at the back of the stage, with good clean lines, and enclose the band and make it look like we had really thought about it,” continues Williams.

“The white beam itself is just so bright. We were able to push it up to 60% but it was still great at much lower levels, while the RGB cells occasionally hit 100%. But even run as low as 20% with the diffuser they achieve great effect.” He adds that GLP never displayed any of the problems with LED dimming experienced with other fixtures.

The standard lighting plot is based around a 6m-wide straight section, with three rows of JDC Line 1000 set 3m high. In addition, two wings come out at a 40° angle (this was extended for Hammersmith, where six rows of JDC Line were used). For the typical club and theatre-sized venues, production scaled back and adapted to 38 of the JDC Lines. 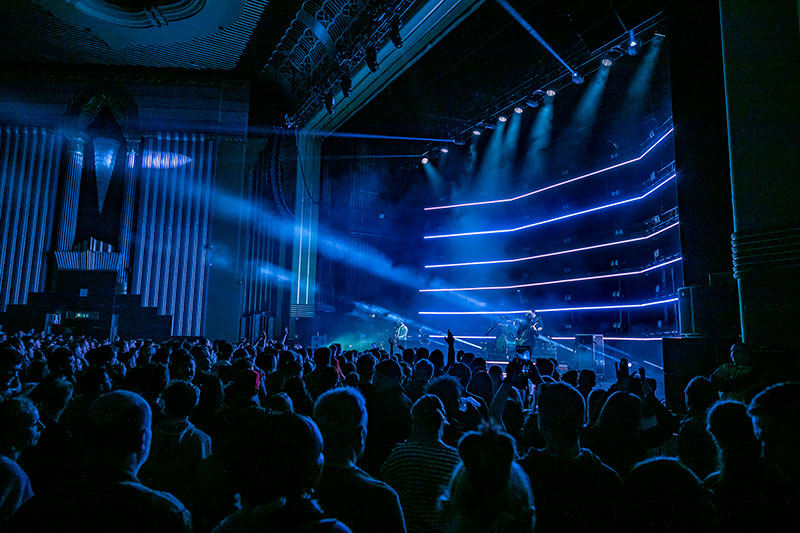 But it was the Eventim Apollo that really captured the attention, and where all the JDC Lines stood out, including eight set under the diamond drum riser. “The JDC Lines were fantastic,” concludes the LD. “Everyone, including band manager Nathan McGough at Red Light, was so happy with the impact of these fixtures, saying it was the best stage set for the band yet.”

The touring LD when the band headed off to mainland Europe was Tom Rawlinson, leaving Dan Williams to work with the Vaccines, where JDC1s were incorporated into the set.