Det Norske Teatret (the Norwegian Theatre) in Oslo houses three stages in its main building in vibey downtown Oslo, plus one more in another venue in the city run by the same team, all of which work on a busy repertory schedule. Together at least 25 original and cutting-edge productions are created annually, in the Norwegian language of Nynorsk, and some guest works are hosted.

Also known for high production values, the theatre has recently invested in 15 Robe ESPRITE moving lights for its 250-capacity Scene 2.

The theatre’s resident lighting designer Torkel Skjærven, explained that they previously had Robe ColorWash 750AT Tungsten moving lights in the black box Scene 2space, and these have worked hard and reliably for over 10 years! However, the time arrived to replace them with a more modern LED light source.

The drive to convert the theatre’s lighting to LED has been ongoing since 2013,but apart from that, replacement lamps were no longer available for those original Robe tungstens. In fact, they purchased the last five in the world 3 years ago,so this also prompted the upgrade!

Although extremely pleased with the older Robe fixtures, Torkel and a team of assessors considered several different options, and once again chose a Robe solution, with ESPRITES proving to be the best and most appropriate luminaire for their requirements.

Scene 2 offers an eclectic programme that embraces contemporary dramas and new works, from the experimental to the classics, so they need an adaptable lighting rig.

“The ESPRITES are primarily used as part of Scene 2’s permanent back lighting rig,” elucidated Torkel, “but as some of the principal lights used for several tasks,they needed to have multiple features”. 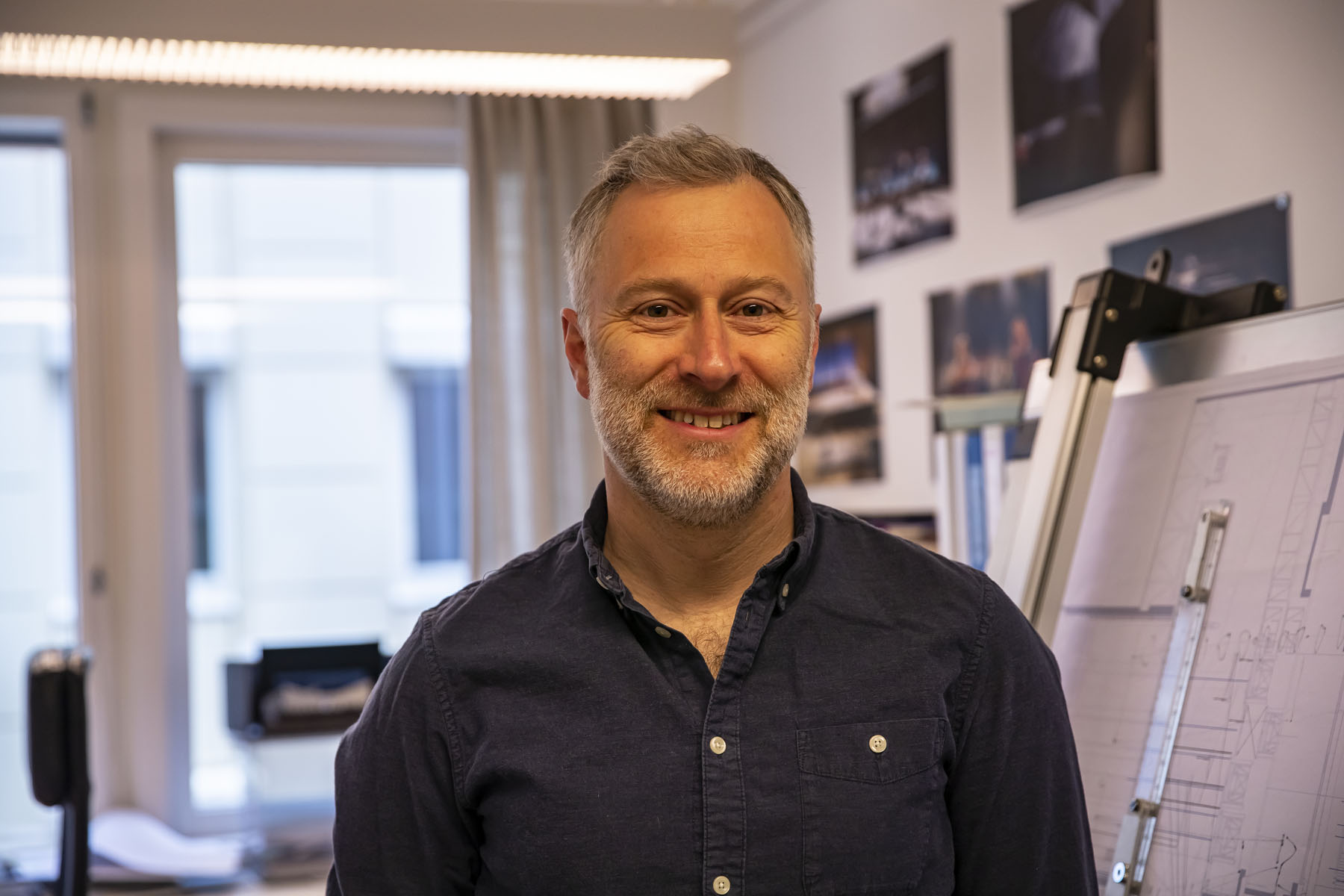 Torkel is employed on the artistic team to create designs – he lights around 4 or 5 of the new productions each year, with the rest lit by guest LDs, but day-to-day he also works alongside his 22 colleagues in the lighting department.

They always look for the best choice of lights for their stages and to suit the many visiting lighting designers irrespective of the manufacturer, he noted.

It was a team effort in choosing the replacement lights, comprising Torkel, head of lighting Eigil Aasen, Scene 2’s technical co-ordinator Per Willy Liholm, one of their in-house technicians, and three external collaborators – a lighting consultant, a lighting designer, and a lighting technician.

“The external input was very important, we needed feedback from others not just those working in the house,” he explained. The format and process of the decision-making was established before they even knew the budget allocation for the investment and the price of the individual product.

A rigorous shootouttook place at the venue between five different fixtures, and from this everyone liked the ESPRITE best.

“It is the quality of the light output that we really loved,” saysTorkel, adding that they already knew Robe would be very reliable!

Wanting a good wash and a good spot unit, they ordered the PC version of the ESPRITE which also makes an excellent spot and can be further finessed with the beam shaper and barn doors. 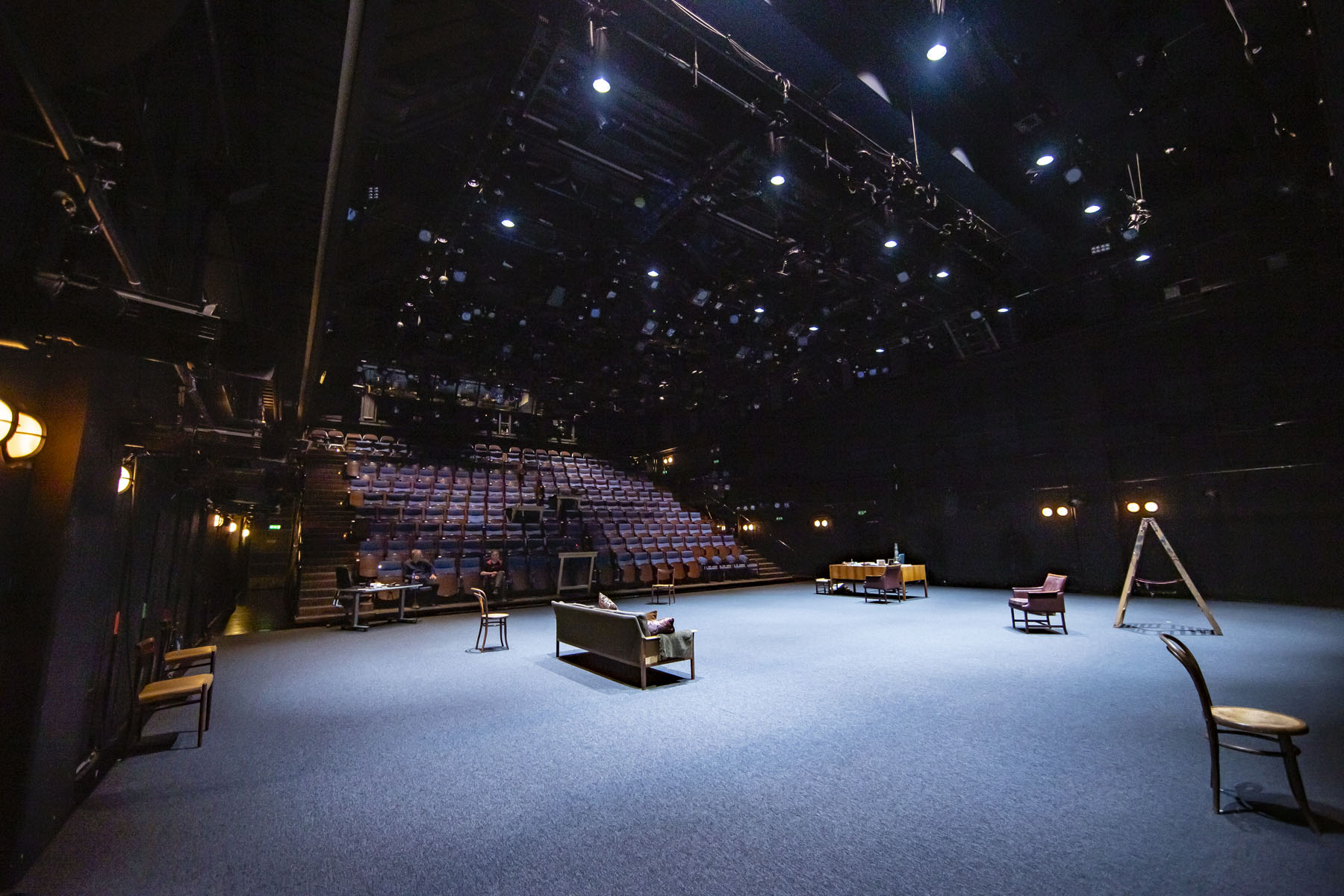 He appreciates the ESPRITE’s colour mixing, commenting that Robe has been smart in moving this module close to the light source which makes for the smoothest functionality and a super-even colour field that is “vital for us together with the quality of light.”

“For drama, we don’t necessarily need speed and lots of gobos and effects, but good all-round fabulous looking lights and the ESPRITES do this and many additional things very well.”

Multiple measurements and calculations were conducted followed by extensive discussions and considerations of all the major theatrical requirements, like smooth dimming, quiet running, etc.,and then they came to a consensus … that ESPRITE was the one for them!

Further considerations included how the new lights would dovetail with the existing fixtures on the rig. They still use a lot of PARs in the house, so the ESPRITES needed to mix and matchwith them.“The beam needed to look three dimensional and spacey,similar to a PAR beam and not flat and dull like some!” said Torkel.

For lifting and handling, the compact size and light weight of the ESPRITES was another plus point, as some shiftshave only one lighting tech who has to do everything including rigging the fixtures. 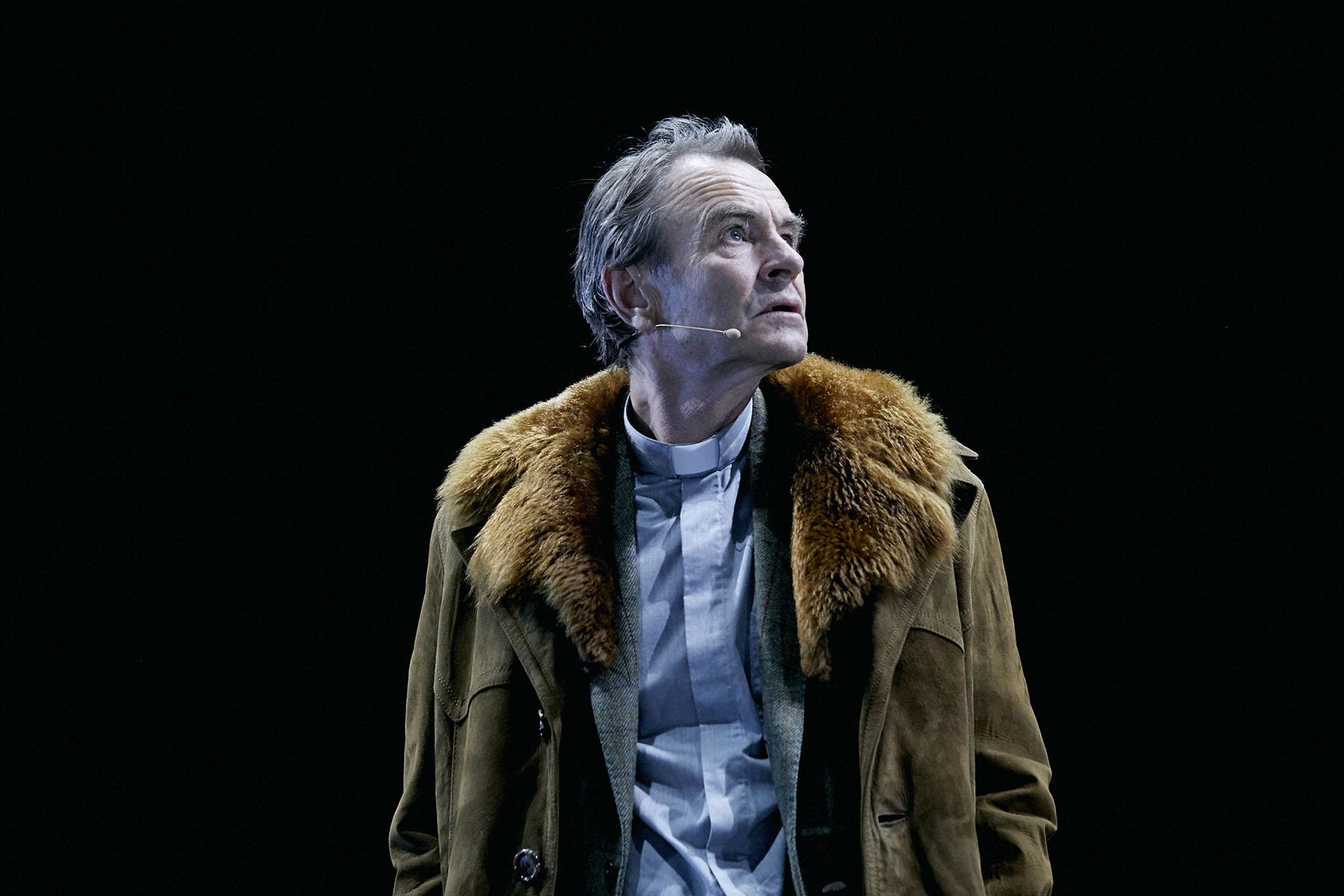 The solid relationship with Robe’s Norwegiandistributor Norsk Sceneteknikk was another factor, the company has been involved with the theatre for a long time. “They have always been efficient, friendly and easy to deal with,” enthused Torkel who particularly enjoys working with Norsk Sceneteknikk’s technical sales specialist, Lars Kristian Bakke.

Torkel’s first lighting design using the new ESPRITES was Strindberg’s “The Father” where he was mainly applying them as gentle back light. The design was “very subtle”, and he also used them as specials and for room dividers to isolate specific areas of the stage, as well asgiving the colour correction options a good run.

“They were brilliant to work with,” he concluded, and he looks forward to using them regularly as the theatre returns to a more standard post-pandemic schedule of performance action.