The eyes of the world were on the incredible Queen’s Platinum Jubilee Concert in June, to witness a host of big-name singers perform on a specially created stage in front of Buckingham Palace. As the Royal Family, politicians, dignitaries and the public looked on, a show fit for a queen unfolded, backed by LED screen content driven by Hippotizer Boreal+ MK2 Media Servers. 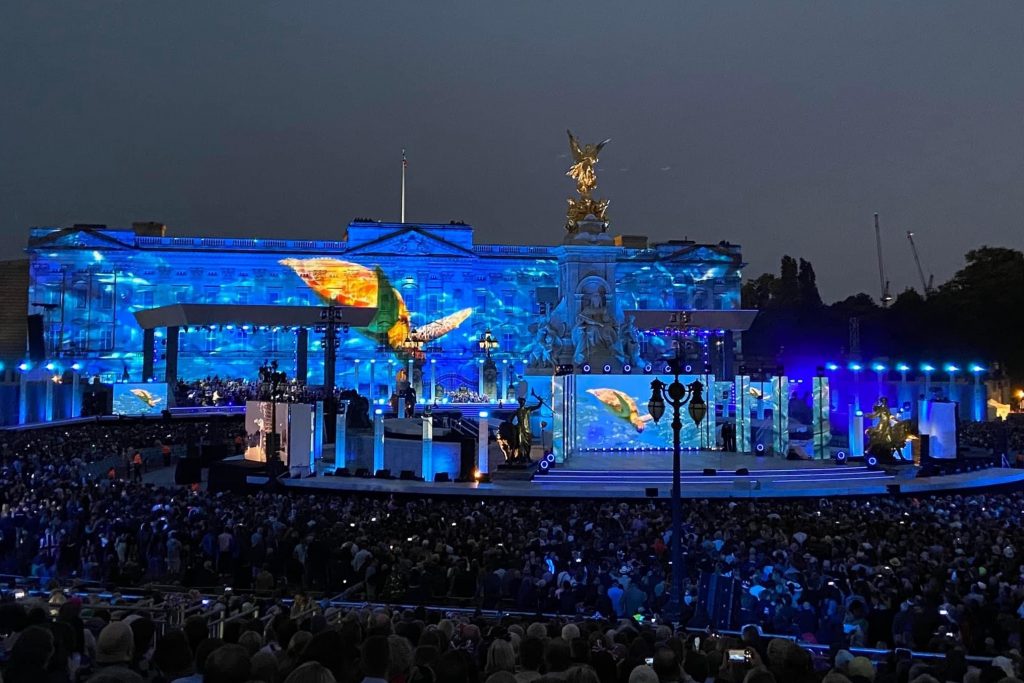 More than 200 sq.m. of ROE Black Quartz LED screens, supplied by Creative Technology, were erected on the stage, which surrounded the famous Victoria Memorial statue in front of the Palace. These were split into one large LED screen upstage centre, and eight LED pillars edging out toward the audience.

Taking the throne for media server programming was Matthew Lee, who was approached by lighting designer for the event, Nigel Catmur. “We had two Hippotizer Boreal+ MK2 servers, one main and one backup,” says Lee. “LED screens were fed from two 4K canvases, with other outputs used for my own monitoring, and as confidence feeds to the OB trucks. The Boreal+ MK2 servers were chosen for the amount of outputs and inputs required, and their power.”

“Having used Hippotizer for a long time, I’m always impressed with the ease of use, the power of the new systems, and that development is continuous. Also the support team are excellent when you need something.” 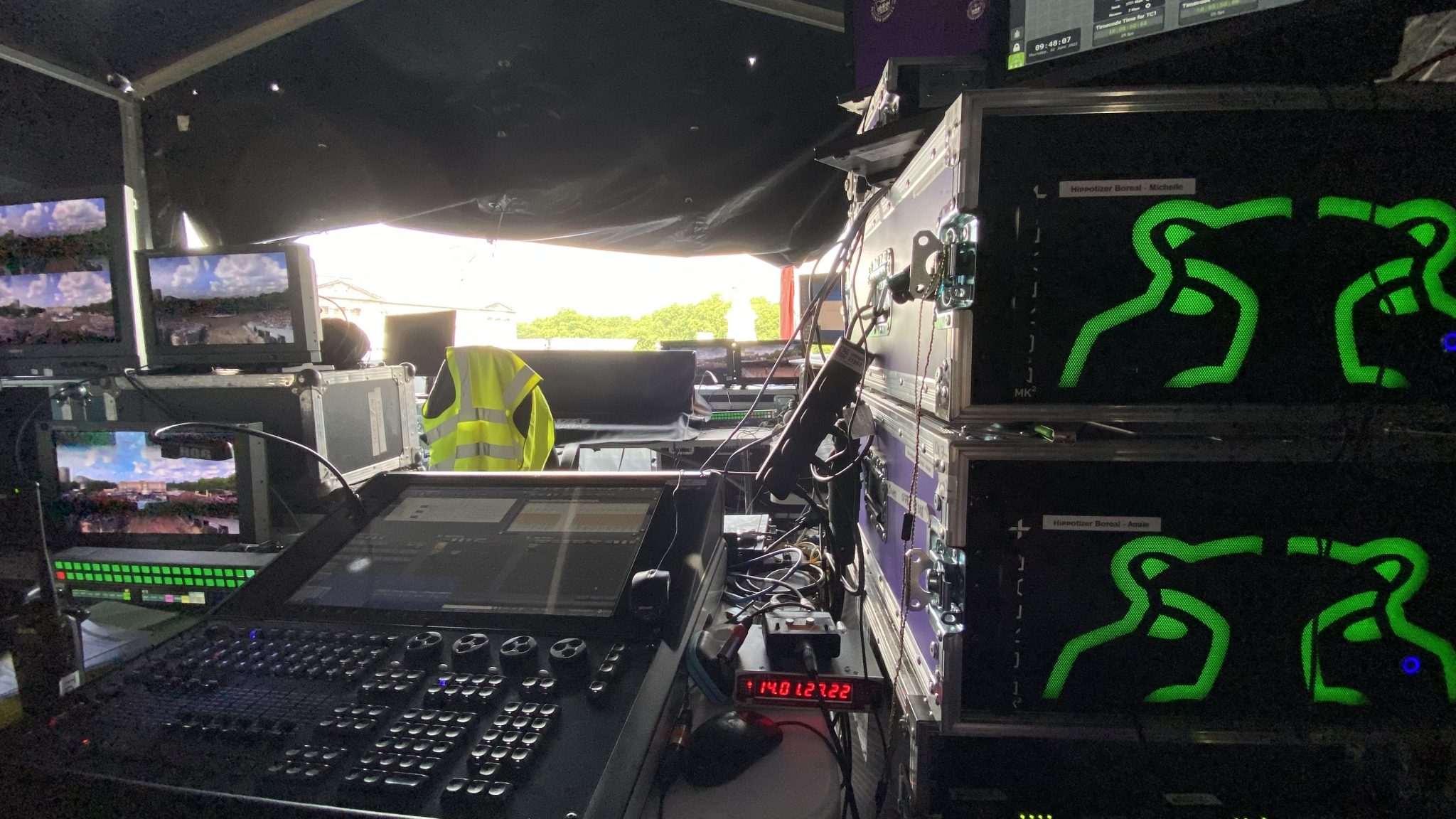 The team was presented with the challenge of tight programming and rehearsal time, with on-site get-in, set up and testing restricted due to the huge number of events and people involved in the wider event. “The dress rehearsal actually only happened on the day, and most of our programming took place overnight, with rehearsals and other events fitted in during the daytimes,” Lee continues. “We also had issues with things such as lightning warnings, which meant the site had to power down for an hour during rehearsal time! In addition, we rehearsed everything in non-linear order, at different times, and with minimal programming time.”

“This is when the ease of use, and the adaptability of Hippotizer meant I was able to tweak quickly and on-the-fly where necessary to achieve our target.”

Lee programmed the Boreal+ MK2 using a High End Systems Hog4 lighting console, and the whole show was on a Cue Stack, with various manual buttons for items such as the ‘We Will Rock You’ stabs when the band Queen opened the show.

“I used a lot of timecoded content, so we were in Sync with the projection teams, which meant Hippotizer’s Sync Manager was my friend there,” Lee explains. “We also used the NDI send to great effect, as I was feeding into the lighting team’s Depence visualiser.” 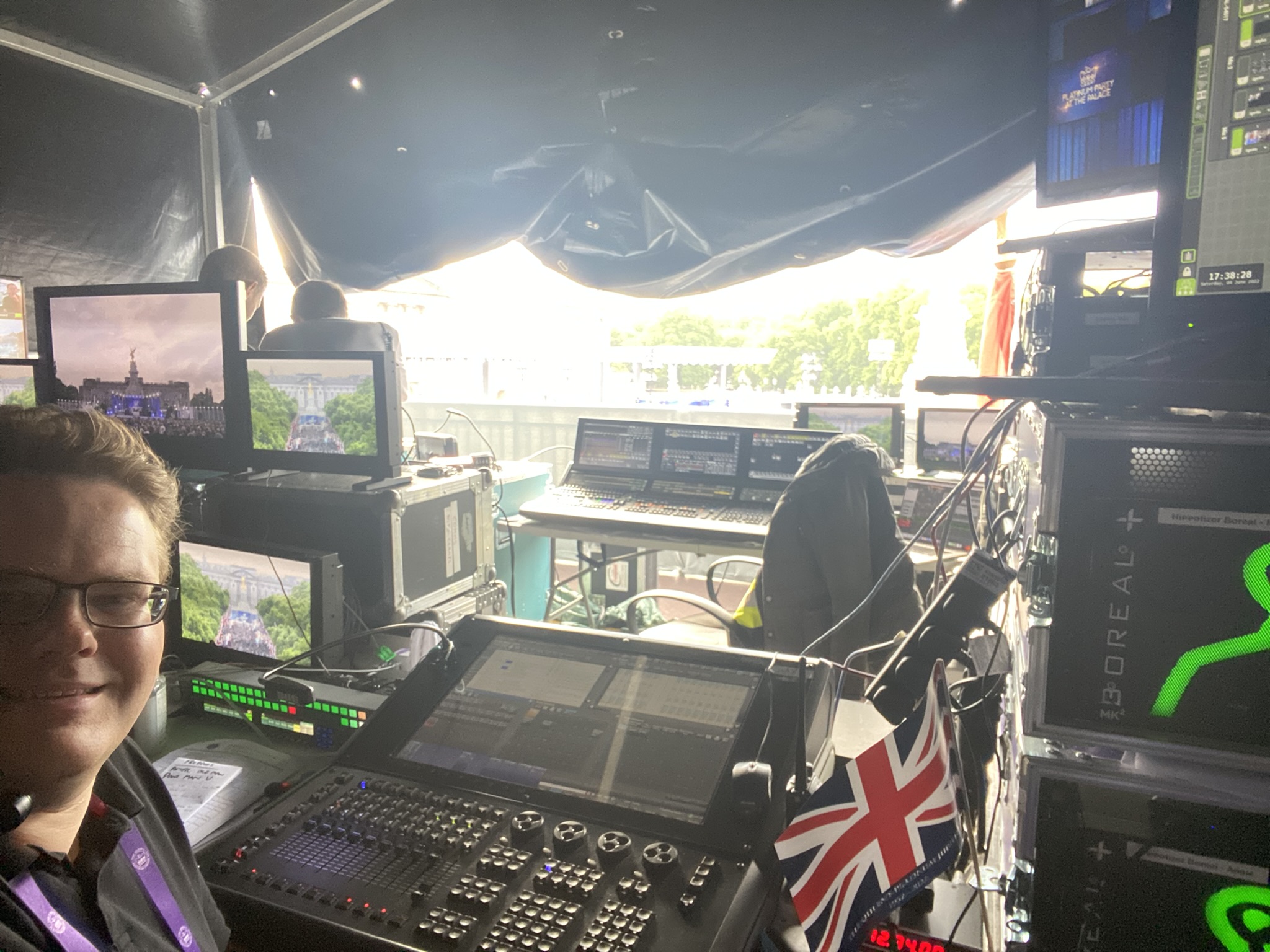 LED Screen content ranged from live stage feed to custom made content, which was supplied by NorthHouse. Lee and the visuals team also utilised the live feeds to provide IMAG on various screens at certain points in the events, with screens rigged at sequential positions down The Mall for the thousands who were gathered to experience the event.

The Concert did, of course, begin in daylight and move into dusk. “The ROE Black Quartz LED enabled me to take control of the LED brightness via sACN from my control desk, allowing me to have fine control over brightness as the concert went from bright daylight, through to fully dark. It also meant we were able to push to its brightest output for the daytime events such as Trooping of the Colour,” he adds.

The event was produced by the BBC, with Claire Popplewell as Creative Director, Mark Siddaway as Executive Producer and Cheryl Ko Pearson, Claudia Bishop, Tom Dennings, Jerry Reeve and Matt Flint sharing the Creative Producer role. The stage design was by Stufish, with the Concert directed by Julia Knowles.

The Hippotizer Boreal+ MK2 Media Servers and control were supplied by Catslife Media. 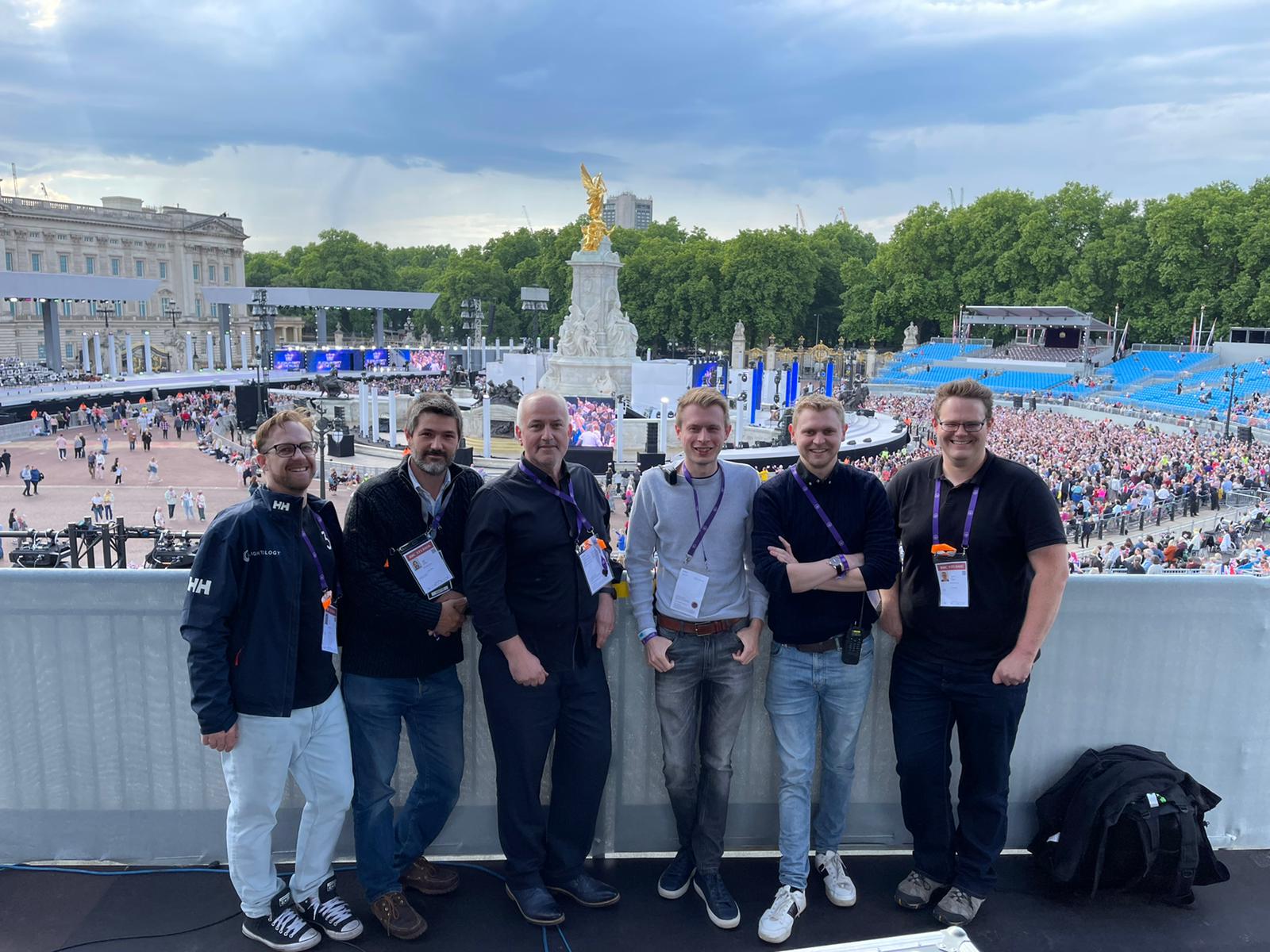 Highlights of the show included Alicia Keys, Elton John, Rod Stewart and a look back through seven decades of British music with dance group Diversity. The Concert finale saw Diana Ross wow the crowds. The LED screen visuals were complemented by huge video mapped projections onto the façade of Buckingham Palace, and a drone formation displaying Royal crests and celebratory messaging.