Almost 1,000 GLP lighting fixtures – a near record in terms of brand deployment – were called on when the 2021 Valorant Champions esports tournament (VCT 2021) reached its conclusion in Berlin. Organised by the video game developer Riot Games, 16 teams from around the world competed for the honour of champions. 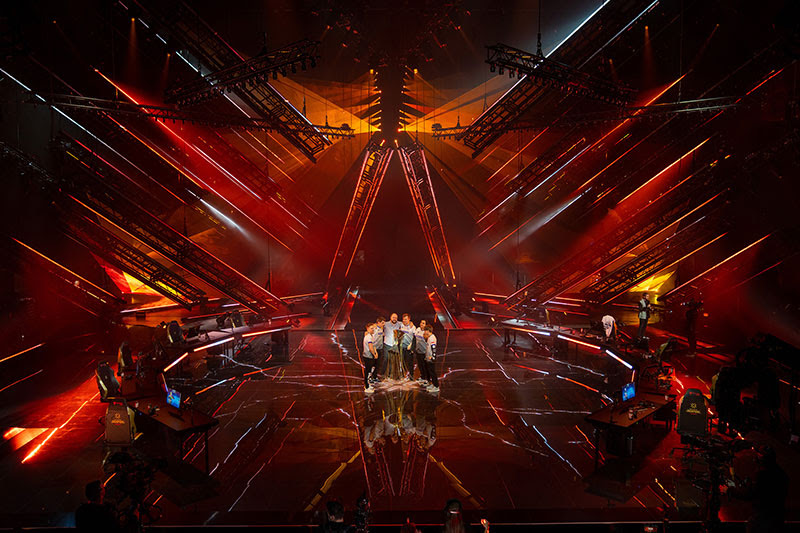 Held over a 12-day period, the offline event – which was broadcast on international streaming platforms such as Twitch and YouTube – took place in three locations, with the 4,500-capacity Verti Music Hall hosting the grand final following the knock-out stages.

Lighting director Michael Straun had been brought in by Swedish production designer Tobias Rylander and was working on the event for the first time.

Michael Straun explained that prior to the final, a sound stage in nearby Potsdam had been requisitioned for the knock-out stages: “Alongside that, we had to light the opening ceremony outside on the platz and we also had [production] set-ups ready in local hotel rooms in case players tested positive for Covid-19.”

Working alongside creative producer JB Blot, Tobias Rylander brought all his experience to bear, working across all settings, while Michael Straun was tasked with fulfilling the role of creative lighting director and programmer. Meanwhile, American collective 22 Degrees was brought in to conceive the broadcast lighting, Will Gossett as designer and Mark Humphrey and Chris Herman as programmers. 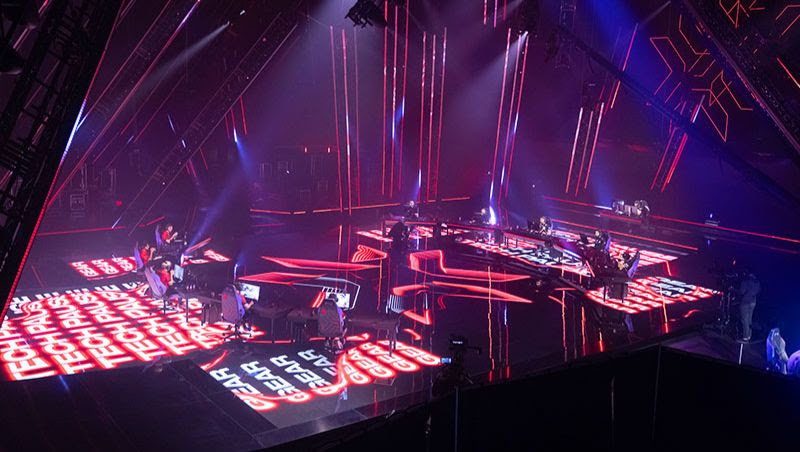 Straun revealed that it was the first time he had lit an audience-free live show purely for broadcast. “We used a lot of concert techniques and focused heavily on keylight and the scenic lighting balance rather than optimise it for camera only,” he explains. “We added depth by using different colours in the keylight. For example, for broadcast you would normally run X4 Bars at a lower level than at a concert, but with the 22 Degrees team we worked hard to push the levels, finding a balance between intensity and shading. This meant that the light curtains could be seen clearly on camera.

“We ran everything in full-pixel mode, with individual control of each cell, and with the Fusion Bars we made sure we had the highest resolution possible for dimming purposes.”

In total, 930 GLP fixtures were provided for deployment across the three venues, Michael Straun continues: “For the knock-outs we had 108 X4 Bar 10 and 14 of the JDC1s – everyone’s favourite strobe.”

He added that his experience when touring the X4 Bars had always been nothing less than brilliant – borne out by the fact that the team specified no fewer than 544 of the fixtures at the Verti Music Hall, mostly set on angled trusses, he says: “Tobias designed these angles carefully so we ended up with massive monolithic trusses.” In addition, 60 of the shorter X4 Bar 10 battens lined the runway along with 14 JDC1s.

“We also used 90 FUSION Stick FS20 on the floor,” he continues, “because they were a good non-moving solution that we could focus manually on the ground and just leave in one set position.” 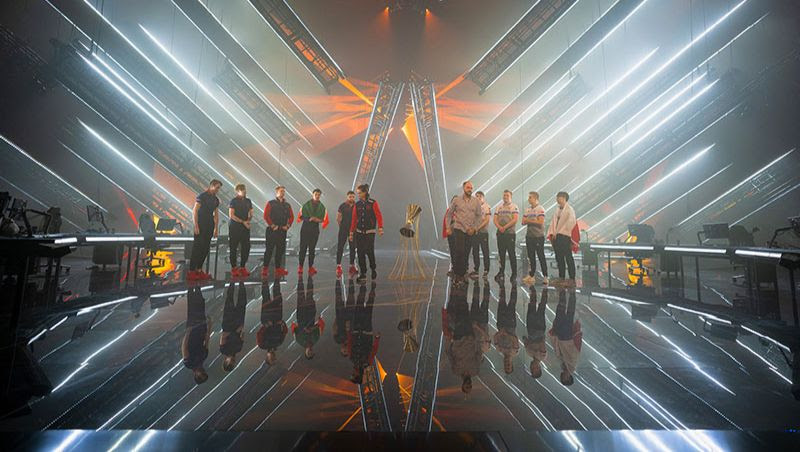 But in some respects, one of cleverest deployments was outside on the platz, where 96 impression FR10 battens really showed their merit. “Tobias and I are both big fans of the FR10 and designers generally love this linear light curtain,” he enthuses. “It is an evolution of the X4 Bar 20 and is great for a bit more punch outdoors when you are up against LED screens. Here, they managed to shoot through [the screens] with no problem, and on top of that we could also create ‘rooves’ above the stage.”

The winning team of Rylander and Straun has long been proven since they first came together around 2013 on the XX tour. Other shows with the 1975 and FKA Twigs, and the XX’s Armory show in New York, further consolidated the relationship. And during that period GLP fixtures have never been far from either designer’s toolbox.

“It’s really nice to be back together as part of a team you can trust,” Michael Straun concludes. “This event was a really nice experience, as everyone was so supportive. It’s nice to work with producers who thank you every day.”

Now he’s looking forward to the same team regrouping for the next season. “GLP fixtures will be staple for the future when it comes to producing a linear light curtain,” he adds.