North-Shields born Sam Fender is without doubt the rising star of the British music industry. His debut album Hypersonic Missiles entered the U.K. chart at number one in 2019, as did its follow-up, Seventeen Going Under, in 2021. Still in his twenties, Fender’s songwriting talent enjoys wide critical acclaim and his popularity with a broad audience continues to grow exponentially. In the spring of 2022, Fender embarked on his first arena tour of the U.K. playing sellout shows and receiving universally favourable reviews. A show with high quality songwriting front and centre demanded audio to match, and Fender took a CODA Audio system on the road in the hands of front of house engineer Peter Fergie. 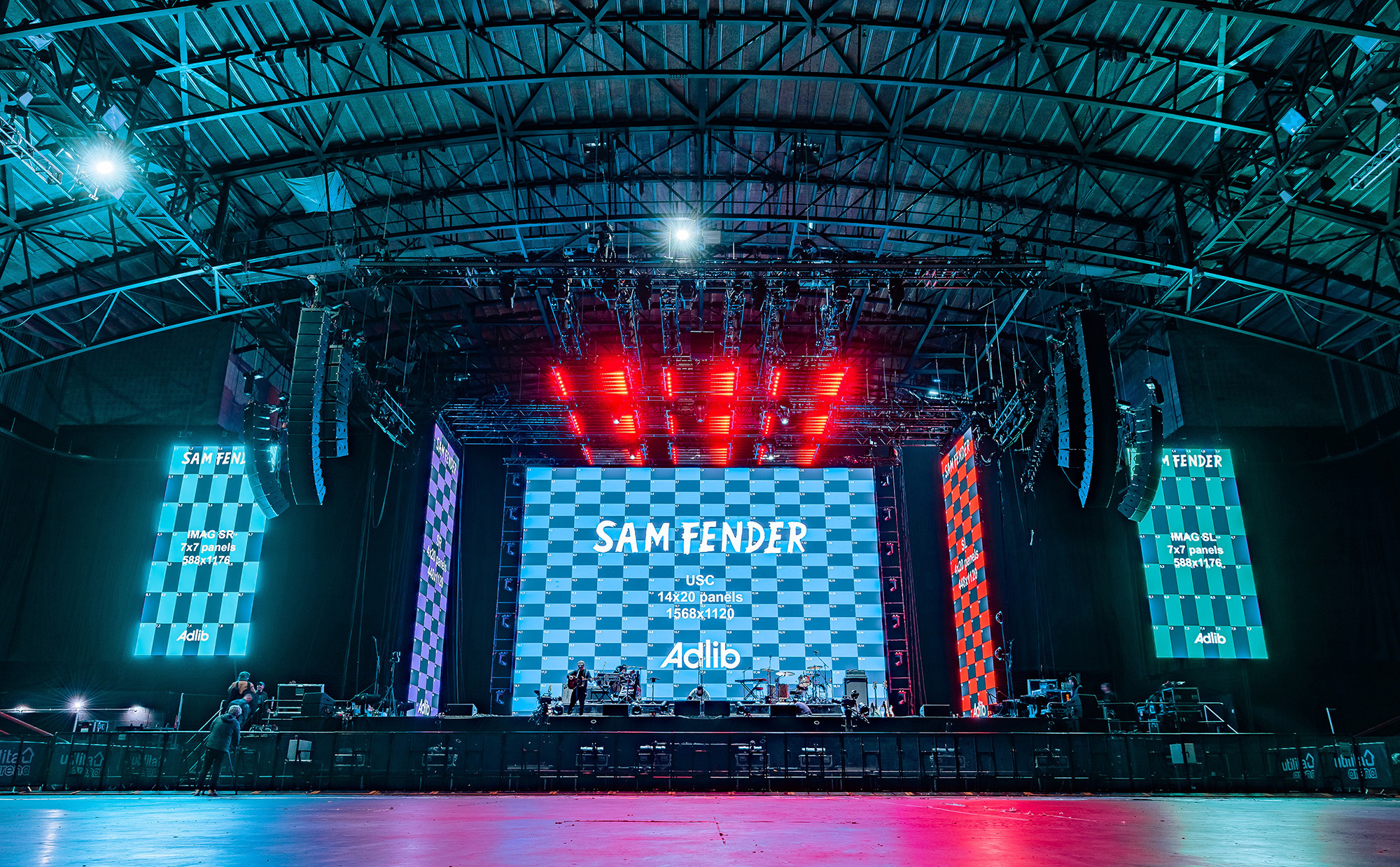 The nine arena shows were Fender and his talented band’s biggest to date, and presented a highly dynamic demonstration of his abilities. His eclectic material draws upon heartfelt vocal delivery and a wide range of instrumentation, so the detail, as Peter Fergie explains is all important:

“We wanted to replicate the album as closely as possible but there’s an extra excitement you can add live. There are so many things happening – three electric guitars going at once sometimes, a whole load of synthesisers and keys, mandolins, saxophone, trumpet – the lot. On top of that, in particular in this show, the crowd are really loud – they’re singing every word to every song and there’s a lot of songs that break right down to very quiet sections and build back in again. You need to hear things in great detail and I think if you haven’t got that clarity, you’re really struggling. The CODA AiRAY system is very crisp and clear, and Cog, the system tech, has kept it nice and consistent for every show.”

The system was based on CODA’s flagship ultra-compact, ultra-lightweight AiRAY line array. Main hangs comprising 16 x AiRAY boxes per side (12 at 90° and 4 downfill at 120° for more horizontal dispersion) were supplemented by side hangs of 12 x AiRAY per side and a flown sub array of 4 x SC2. An additional centre hang of 3 x APS (arrayble point source) combined with 8 x APS as infill and 16 x SCP floor subs completed the picture. The system was driven by CODA Audio LINUS amplification. 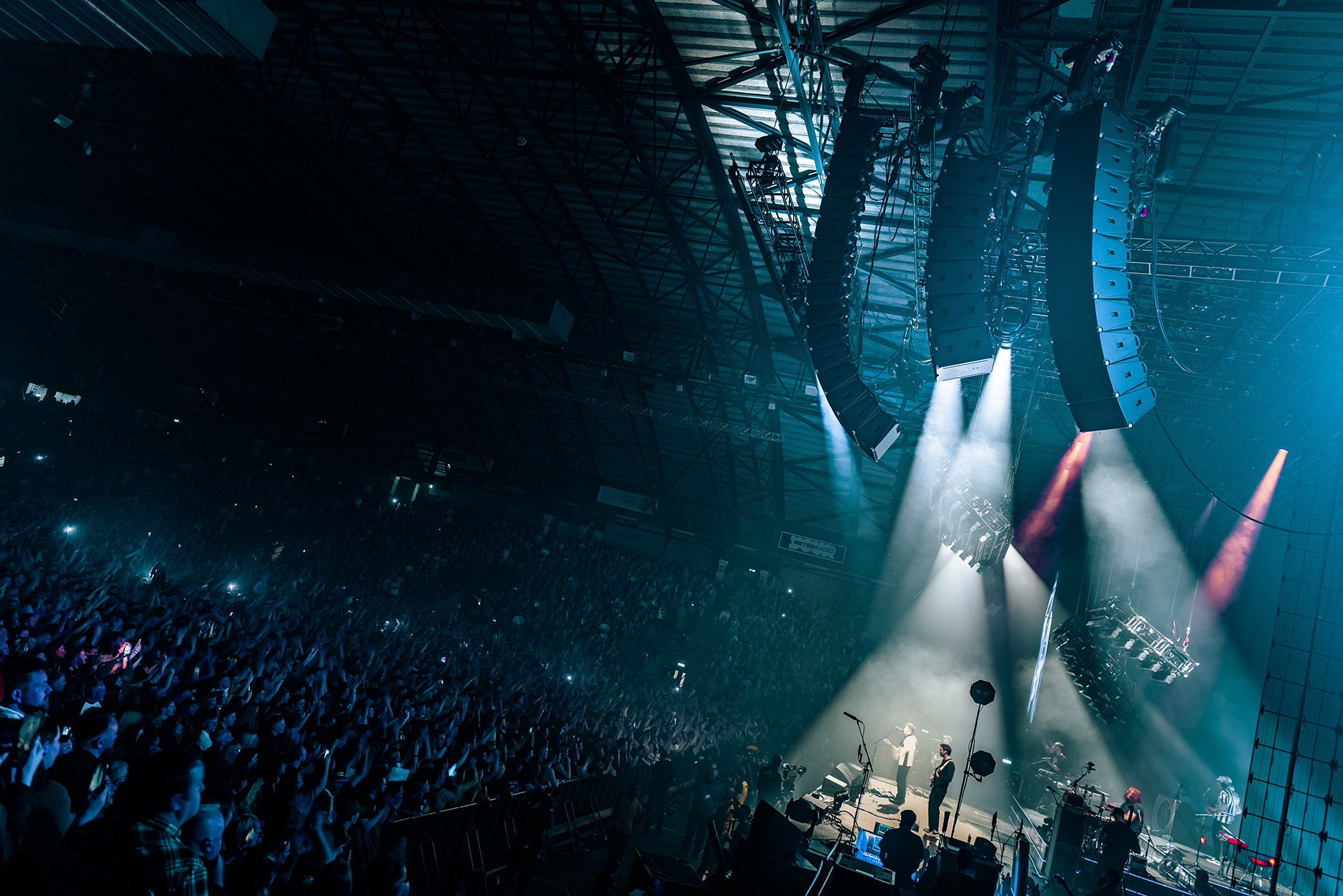 James Coghlan of system suppliers Adlib, offers a view on the audio quality:

“What I’m looking for as a system tech is tonal consistency from seat to seat. Whether you’re at the barrier in the front row or right at the back, if I can make it sound the same in every seat then the front of house engineer can make it sound great in every seat. The thing with CODA is that we can spend a lot of time getting the design right in System Optimiser (CODA’s state-of-the-art prediction software), and then actually see that the design translates really well in the real world.”

He is also keen to point out the advantages of CODA’s portability:

“Compared to any other box that I’ve used, the CODA system is really small. To put that into context – mains, sides, flown subs, ground subs, centre hang, all the amps, the Sam Fender control package, plus the support band control package, all fits on one truck. It’s really easy to fly, as well, because I can reach both sides of a loudspeaker when we’re rigging it. It’s lightweight, so it means I can fly the entire PA off one-tonne hoists.”

Peter Fergie reflects on the CODA system and moving from much smaller level tours into arena spaces for the first time with Sam Fender and his band:

“I had to try and retain as much of the band’s dynamic as possible, but in a way that was controlled enough to translate to arena spaces. It’s impressive that you can hear such a level of detail at the distance that front of house is from the stage. We’ve gone into places that other engineers told me can be notoriously tricky, but we’ve always had a good starting point for every soundcheck – the consistency has definitely been there.” 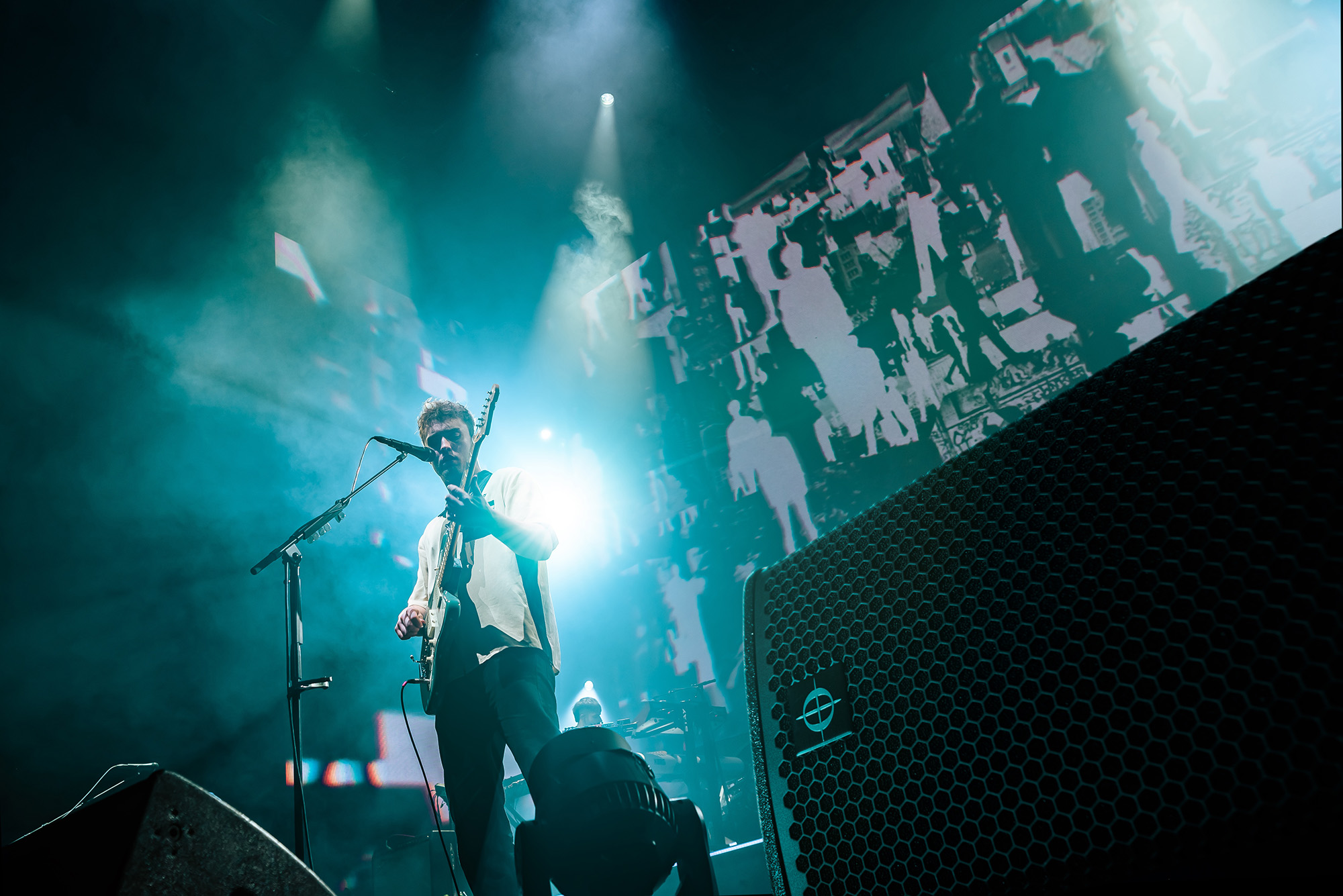 “First of all its great to see live music making a such a strong comeback after what’s been an incredibly difficult few years for the touring side of the industry. We’re naturally delighted to see Sam Fender taking a CODA system on the road and stepping up so effortlessly to playing arenas. The reviews of his shows have been nothing short of sensational, and we’re pleased to see a next generation superstar taking full advantage of our next generation technology.”