The 66th edition of the Eurovision Song Contest was held by the EBU (European Broadcasting Union) at the PalaOlimpico in Turin, featuring about 200 million people watched live and – for the first time in three years – there was an almost full audience at the venue. 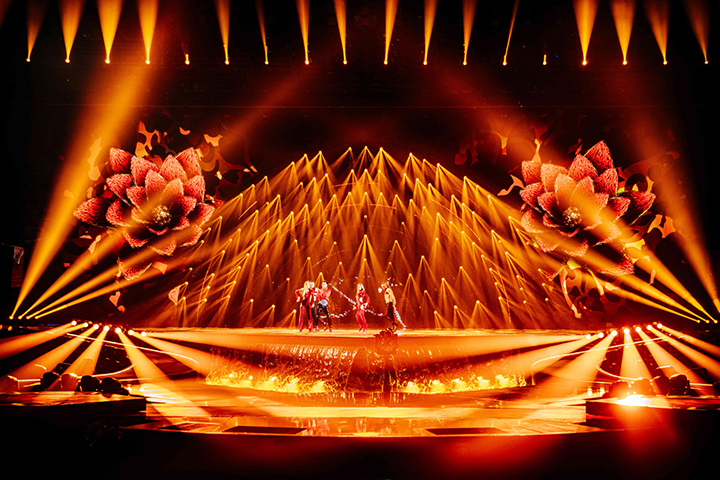 RAI RadioTelevisione Italiana, as host broadcaster, took the lead in setting up the stage, which this year revolved around “The Sun Within” designed by Francesca Montinaro, an ambitious new stage concept based on the light of a kinetic sun. The multilevel stage set-up was complemented by spectacular waterfalls, large LED video walls and – as always – an impressive array of lights ready to set the competing artists’ shows on fire.

Claypaky was there with over 400 lights, including 120 Sharpy X Frame, 64 Xtylos, 25 Mini Xtylos, 42 Arolla Profile HP, 25 Stormy CC and 144 Sharpy Wash units. Particularly prominent among them all were the new Claypaky Sharpy X Frame hybrid lights, which flanked the two side catwalks that led from the upper stage down to the stage below. The Claypaky Xtylos fixtures were arranged along the two top side edges of the structure and were particularly visible in the fanned-out coloured light that cut through the audience. They also had the essential task of creating the lighting effect that accompanied the presentation jingle at the beginning of each song. 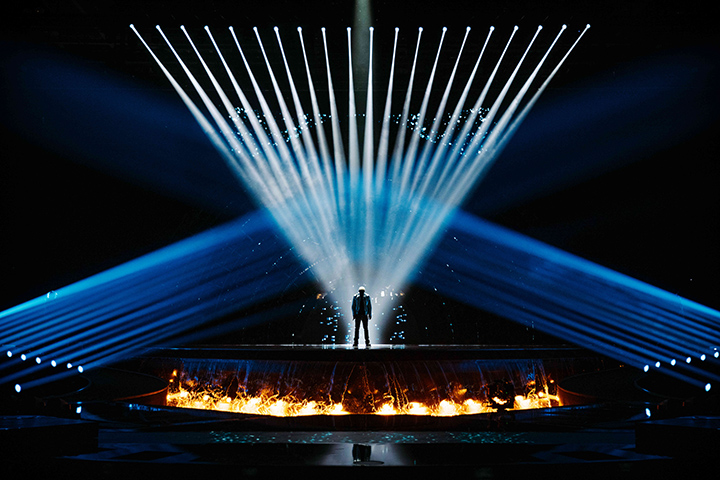 The Claypaky Mini Xtylos HPEs were fitted in unusual places: thanks to their great compactness, they were installed inside the stage-side trapdoors, from which sharp blades of coloured light shot out. The Claypaky Arolla Profile HPs and Sharpy Wash 330s were placed around the stage and the venue and played multifarious roles. They provided side and back lighting for the artists, and wash lighting for the green room.

The event was directed by Duccio Forzano and Cristian Biondani, and Mario Catapano was the lighting director. 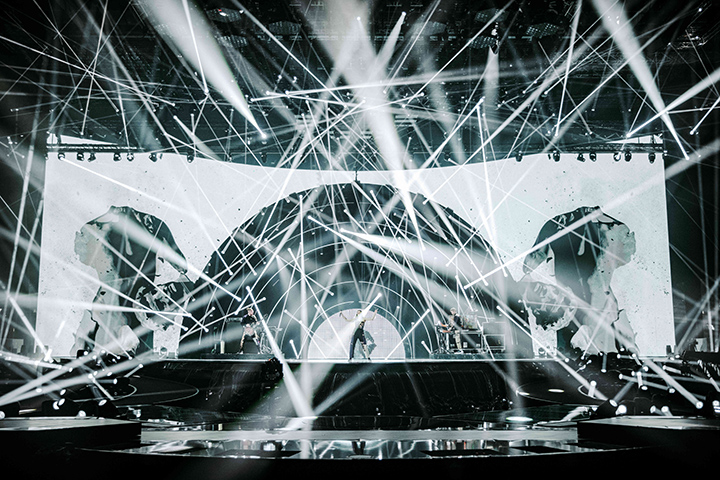 The lighting systems were provided by Calvini Light Equipment Service, based in Taggia (Imperia), and Sound D-Light from Pesaro.