He was one of the greatest entertainers of all time. Now, Michael Jackson’s unique and unparalleled artistry is on Broadway. The brand-new musical made its debut in early February at the 1,445-seat Neil Simon Theatre. 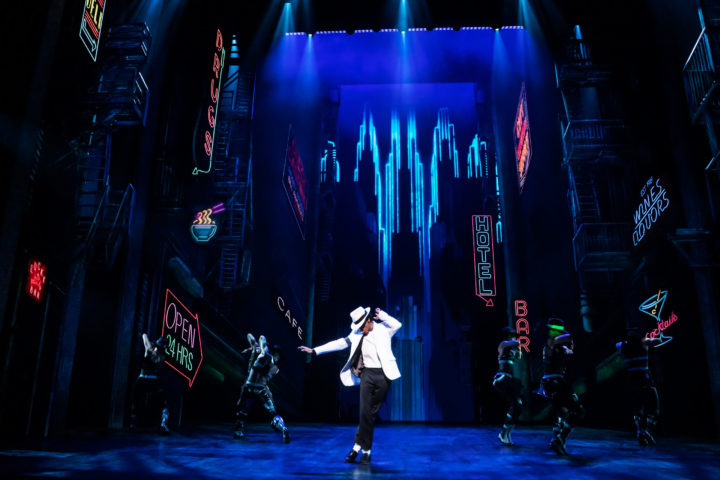 Centered around the making of his 1992 Dangerous World Tour and created by Tony Award®-winning Director/Choreographer Christopher Wheeldon and two-time Pulitzer Prize winner producer Lynn Nottage, MJ goes beyond the singular moves and signature sound of the star, offering a rare look at the creative mind and collaborative spirit that catapulted Jackson into legendary status. The entire MJ production is live with four musicians on stage and nine under the stage. The entire cast sings live apart from a moment in Thriller where the ensemble mics are covered by masks.

To do justice to the famous music of the King of Pop and create an engaging and powerful audio experience, two-time Tony nominee for sound design and three-time Olivier Award winner Gareth Owen, once again relied on d&b’s immersive sound technology Soundscape, powered by the DS100 digital audio processor. Owen recently deployed Soundscape for Diana on Broadway as well as on nearly a dozen other shows around the world.

Owen’s reputation for quality and innovative sound designs is why he was approached by the producers of MJ. “I had not worked with director/choreographer Christopher Wheeldon or Lynn Nottage the writer,” states Owen. “Normally, when I get offered a sound design project, it’s because I’ve worked with somebody involved in the project before. In this case, the producer, Lia Volack, offered me the project because she liked my work on other shows.”

Owen said he didn’t have to explain the whole d&b Soundscape theory, but once the MJ producer and director heard it, they knew that it would work. “I had used Soundscape on about ten shows, so I was very confident that it would do what I wanted it to do.

“The lack of big speakers causing sightline issues on the proscenium was a nice plus point too: traditionally in theatre we fly line arrays on either side of the stage, what’s called a L/R system. With Soundscape you don’t have that problem. For MJ the Musical, all the speakers are across the top of the proscenium arch. There is nothing on the either side of the stage blocking sight lines.” 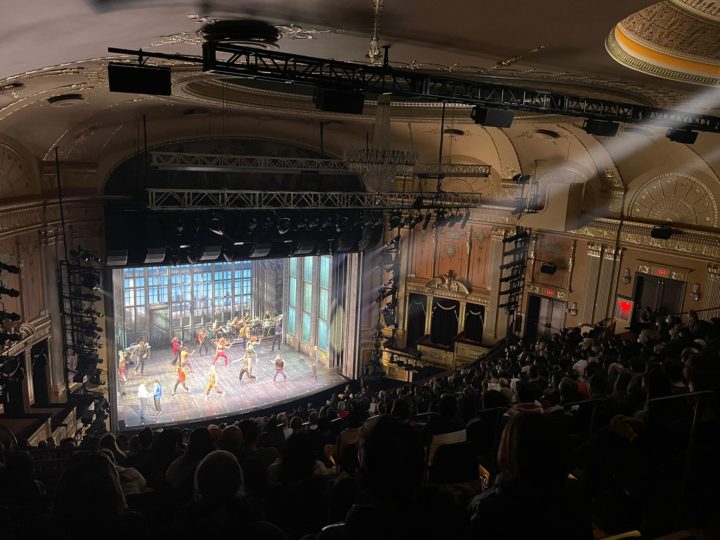 Soundscape is d&b’s immersive toolkit. With the DS100 signal engine at its heart it provides the user with two software modules for ultimate creative potential. The En-Scene object positioning software allows for the individual placement of up to 64 sound objects in a given space, facilitating natural sound that corresponds both visually and acoustically. With the En-Space room emulation software, acoustic signatures of world-renowned concert halls can be applied to enhance or modify the acoustical reverberation of any given space, indoors or outdoors.

“Obviously, Soundscape sounds great,” Owen says. “But there was obviously the responsibility to deliver Michael Jackson’s music to the highest possible standard. He was fastidious about the quality of his sound so we felt quite pressured to deliver to the level he would have demanded.”

In the spirit of MJ’s attention to detail and boundary pushing musical genius Owen and his team pulled out all the stops available to them. “We used En-Space to simulate different performance spaces,” Owen explains. “When Michael Jackson is supposed to be performing in a small intimate club, we use it to emulate that and when he is supposed to be playing a big stadium, we use different settings to accommodate that. We’re also using En-Scene in combination with the En-Snap software, which I co-developed. I love the way it works. Together with R1 for initial configuration and PA system tuning they make for an easy workflow.”

With En-Snap users can apply cues to control sequences within the Soundscape setup, making the live show workflow for Soundscape even easier. Users can now program production-specific transition times and recall safe functions in every cue, freeing up time from individually tracking sound objects to mixing the show. 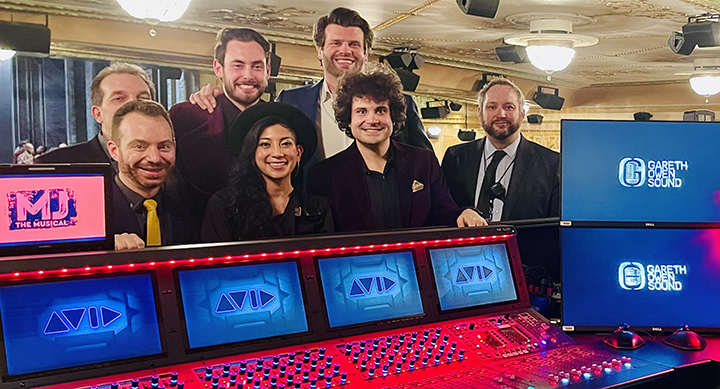 Maxine Gutierrez, head of audio and mixing engineer for MJ agrees. “As a mixer, I work to support both the stage, and to help tell the story with sound,” she states. “En-Snap presents aural settings from intimate book to stadium resound, enhancing each scene on-stage to not only re-create moments in Michael Jackson’s life, but also extend that energy and emotion to the audience. As we collaborated on the balance of the mix for each scene and song, we really created our storytelling arc through sound. The Gareth Owen team invested into the details, allowing the mix to tell this story with dynamic ease. With d&b Soundscape and En-Snap, the team has honed-in a design that truly elevates the experience of MJ: the Musical.”

“I always use d&b loudspeakers for productions,” concludes Owen. “Every time we use Soundscape, we find a new way of extracting something else, something that we didn’t manage to achieve before, something that’s a little bit better, that’s a little bit cooler. It’s very exciting. We look at every show and see what we need. If you look at say, Come from Away Broadway, that’s a point source system with no surround because that is what I feel like the show required – we try to modify to suit if you will. The MJ rig on the other hand is heavy duty – big line arrays above the stage, an extensive surround system, and a lot of low-end.”

TheaterMania put it best, “During some of the most exciting production numbers, like “Thriller” and “Smooth Criminal,” we can feel the music in our chests thanks to Gareth Owen’s muscular sound design. This is as close as you can get to a Michael Jackson concert in a Broadway house.”