The brand held a preview of the system in Miami last March gathering FOH engineers, sound technicians, distributors and American customers to present the system for the first time. The first impressions were very positive. The official launch of the system was on April 26 at Prolight + Sound (Frankfurt) and the system will also be presented at ISE (Barcelona) and the NAMM Show (Los Angeles). 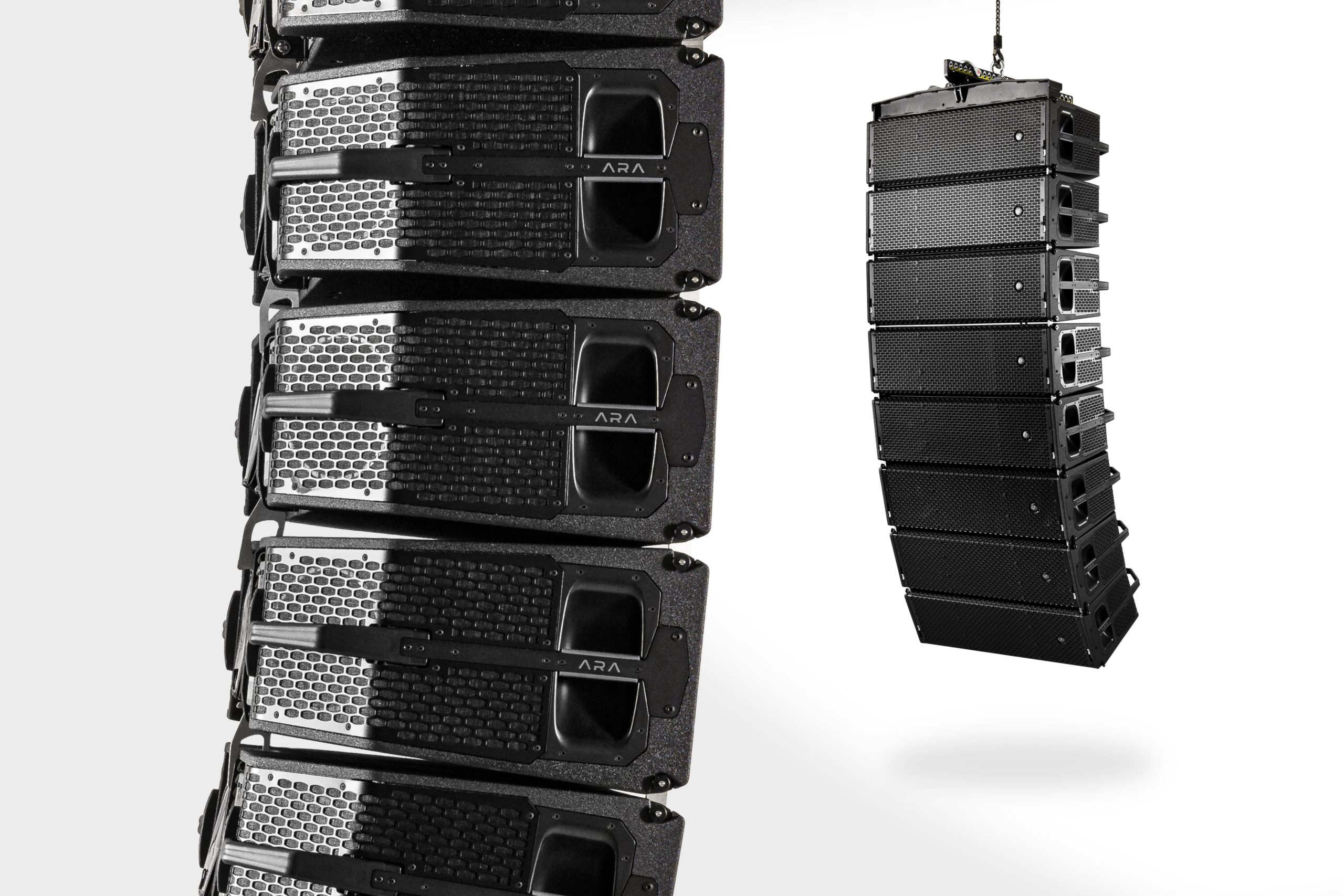 “It’s a product that’s going to be on a lot of Technical Riders. It’s going to mark a significant change for DAS.” – Yamil Martínez – Luis Fonsi´s FOH

Coinciding with its 50th anniversary, the Spanish company presents a wide range of technological solutions, not only for live events but also for commercial installations. Javier Navarro, head of engineering and CEO, highlights “our intention is that these new tools mark a paradigm shift for the brand. Celebrating 50 years of history might be a coincidence, but it is certainly charged with symbolism. We strongly believe in the work done over the years and in the team behind it”.

“I am very impressed with the system; I really like it. Coverage is excellent, very homogeneous. I was very impressed by the quality of the vocals; it is an extremely coherent system. A great job with the cardioid, the truth is that it disappears just below the system, it is not even necessary to go behind it.” – AmableFrómeta, Juan Luis Guerra´s FOH

LARA® is a powered, cardioid, 4-way line array system with a symmetrical design. LARA® offers 146 dB linear MAX SPL and wide dynamic range, making it an ideal system for large events. The cardioid design provides a remarkable attenuation at the back, behind the system, of 15dB in the 63 Hz – 200 Hz range. Not only does it help the artists on stage, but also reduces the noise pollution generated by any live event 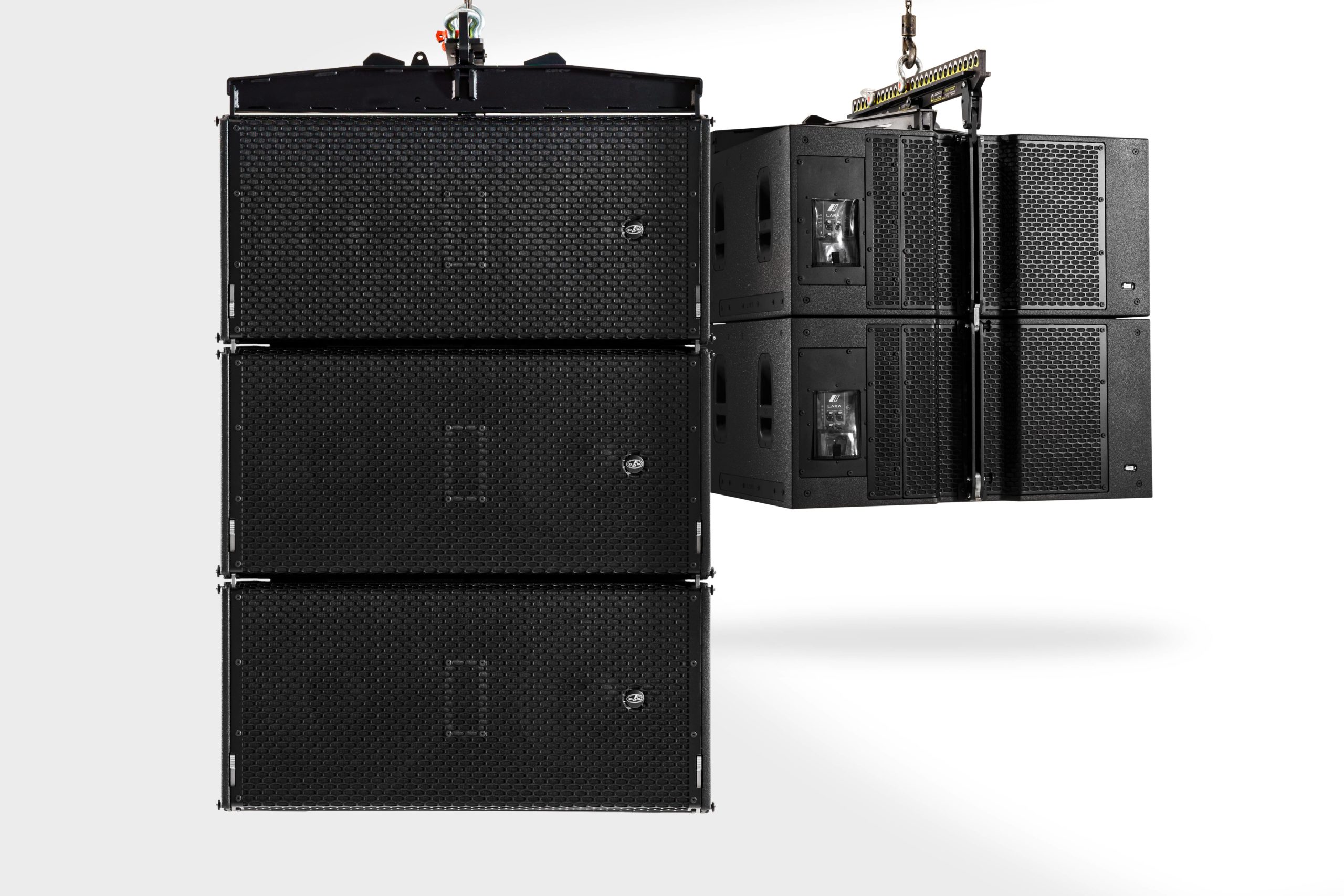 Power efficiency is yet another highlight of the LARA® systems. The Powersoft S.p.A. class D amplifiers integrate a switch-mode power supply with power factor correction (PFC), ensuring maximum performance and efficiency regardless of the mains voltage. Each set provides a total of 6000Wrms of power, divided into 8 channels, to feed the 2 x 12″ and the 2 compression drivers, the 2 x front-facing 8” and the 2 x rear-facing 8”.

“Compared to all other line arrays on the market, this one is completely revolutionary.” Arturo de Jesus Morejón – Reflections Productions

“The coverage is impressive, on all frequencies, but what I liked the most is that the TOPs are also cardioid. I’m looking forward to experiencing this system live.” Oscar Marín, Rubén Blades´FOH

On top of what can be expected from DAS Audio and from a line array of this category, the brand have also included some very outstanding  features, which constitute a major improvement for the sound engineer; Control and monitoring for each frequency section, self-positioning and arrangement of the systems in an array, EQ for groups or single speakers, integration of the DASaim™ optimization tool (FIR), creation of ONline and OFFline projects, etc. 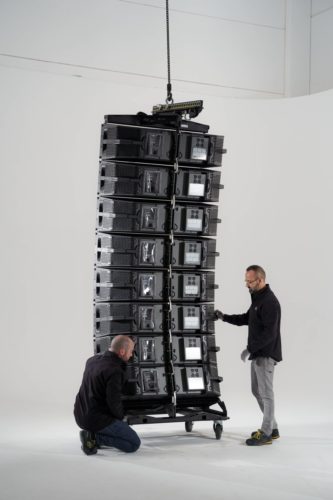 The 3-point rigging system is another great feature used in both LARA® and LARA® SUB, allowing to fly arrays of up to 24 LARA® units and 16 LARA® SUB units. The FSSTM (Fast Set Splay) system allows the angles to be adjusted in 1° steps, from 0° to 7°, from the ground-stack position, reducing assembly time significantly.

During the final stage of the system and software development process, DAS Audio conducted a beta-tester program to ensure usability of the new tools and maximize performance. “This program has allowed us to evaluate the system in real and very demanding situations, the response of the system and feedback from the engineers could not have been better.”

The systems have already been chosen for tours and festivals throughout Spain. They will make their official debut at the Lanxess Arena in Cologne (Germany) on April 30, on May 14 at the Estopa concert in Barcelona and Izal in A Coruna, as part of their Spanish tour.