Robert Juliat is delighted to be back at Prolight+Sound, Frankfurt after the hiatus caused by COVID-19 and celebrates with the launch of new products and premiere showings on its all-LED stand in the Lightpower Village (Hall 12.0 Stand C60). 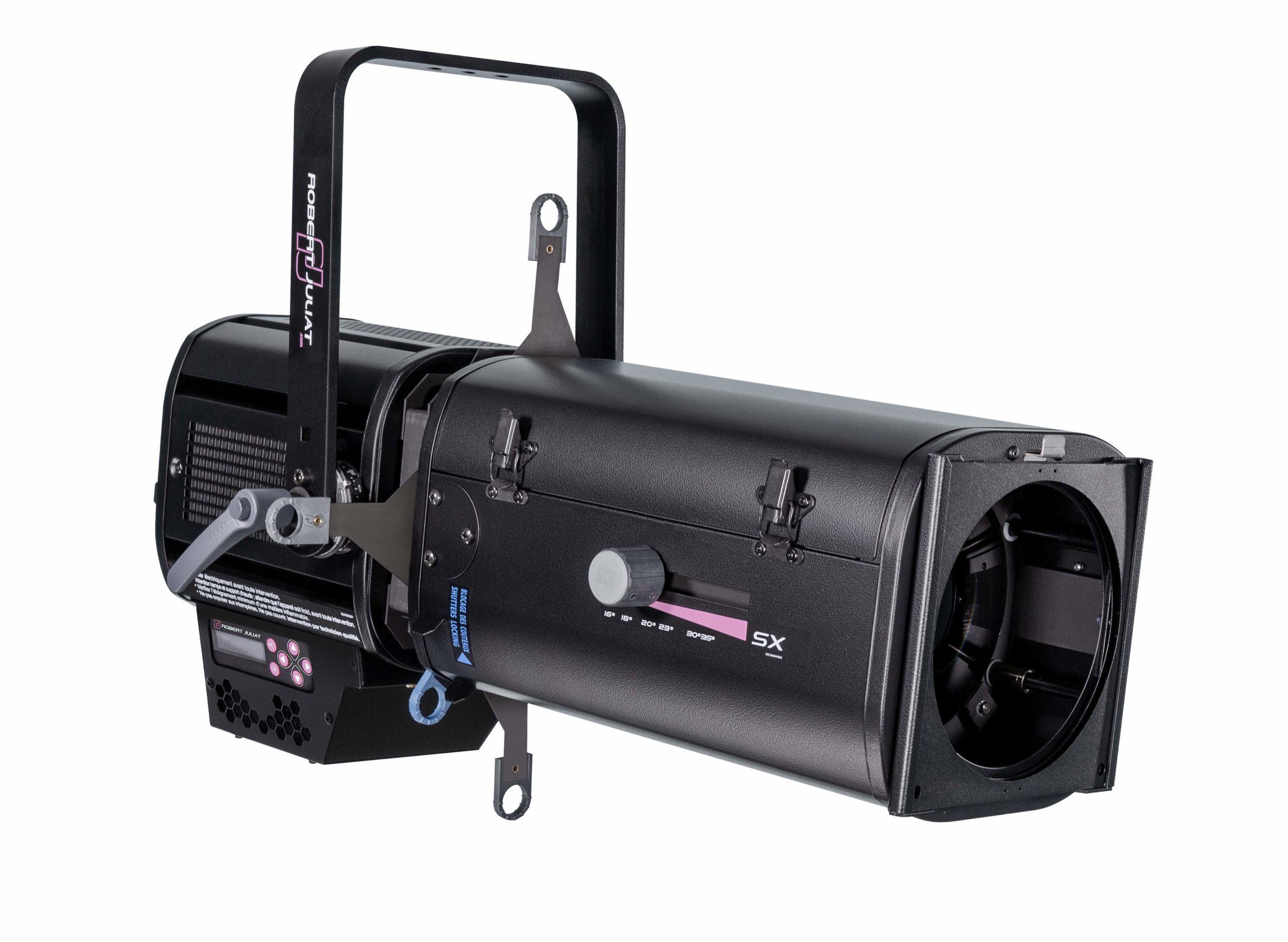 Premiere of Sully White – RJ’s New Classics
Launched in 2020 but not exhibited until now, Sully White is Robert Juliat’s complete
family of high-quality 115W white LED lighting fixtures. Profile, single lens and followspot fixtures are available in warm (3000K) or cool (5700K) white, with a guaranteed light output equivalent to, or greater than, that of a 1000W tungsten lamp.

The original inspiration behind Sully is a removeable LED module, housed in a single compartment, that enablesa reliable and affordable transition from traditional sources to LED. As venues take gradual steps in changing and updating their lighting equipment to LED, Sully makes it possible to standardise the equipment in venues already equipped with Robert Juliat luminaires. Sully ensures a uniformity and consistency in the quality of light throughout the progressive changes, allowing a smooth conversion, even while venues work with both conventional tungsten spots and the new LED spots.

Premiere of TIBO HE – RJ’s compact high efficiency LED profile
Robert Juliat’s new mighty compact profile spot, Tibo HE (High Efficiency) 553, will be presented for the first time at an international tradeshow. A product evolution of the original 75W LED Tibo 533 model, Tibo HE offers twice as much light output and quality from its 115W white LED engine.

The power supply is now integrated into the unit to make it very compact and easy to incorporate into a design vision.

Its versatile optical design remains unchanged and still offers two different zoom ranges in one single unit – from 15/35° to 30/45° – which makes Tibo HE fit into any application, from architectural to event applications as well as traditional entertainment lighting.

With the choice of several ventilation modes, Arthur’s sound level is much quieter than any of its discharge rivals; it can be operated as easily in opera houses as on concerts. Arthur LT is also available with top controls for the iris and dimmer functions.

SpotMe – RJ’s position tracking system for followspots
SpotMe, RJ’s award-winning position tracking device for followspots, will be demonstrated with a Robert Juliat Oz 600W LED followspot, and the Maestro option. A modern complement to followspot technology, SpotMe consists of sensors mounted on tripod and followspot, and a server.It enables the coordination of moving lights, whatever their number, with the movement initiated by a Robert Juliat followspot – in real time, with no emitters or cameras on stage or performers.

SpotMe generates high-quality positional data, calculated through advanced algorithms, to communicate with any console or devices using PosiStageNet standard. The console can then coordinate the identical movements of other fixtures in the rig, even conventional fixtures with no feedback capability.

SpotMe is the perfect device to add to existing followspots, simultaneously combining high technology and human control over the lighting design and operation.

Dalis 860 cyclights and Dalis 862 & 864 footlights – RJ’s award-winning ambiance lighting
All these products will be presented against a backdrop of Robert Juliat’s Dalis 860 cyclorama lights, 300W batten fixtures that amaze everyone with their powerful, smooth coverage and huge variety of pastel and saturated colours generated by their 8-colour LED sources. Dalis 862 & 864 Footlights will complement this ambiance lighting in a stylish way.