Lighting designer Marc Janowitz has added GLP’s innovative KNV Dot to his toolbox after first seeing the effect through sunglasses as part of a mesmerising array at one of the manufacturer’s New York demos, and later at both the LDI and Prolight+Sound expos. 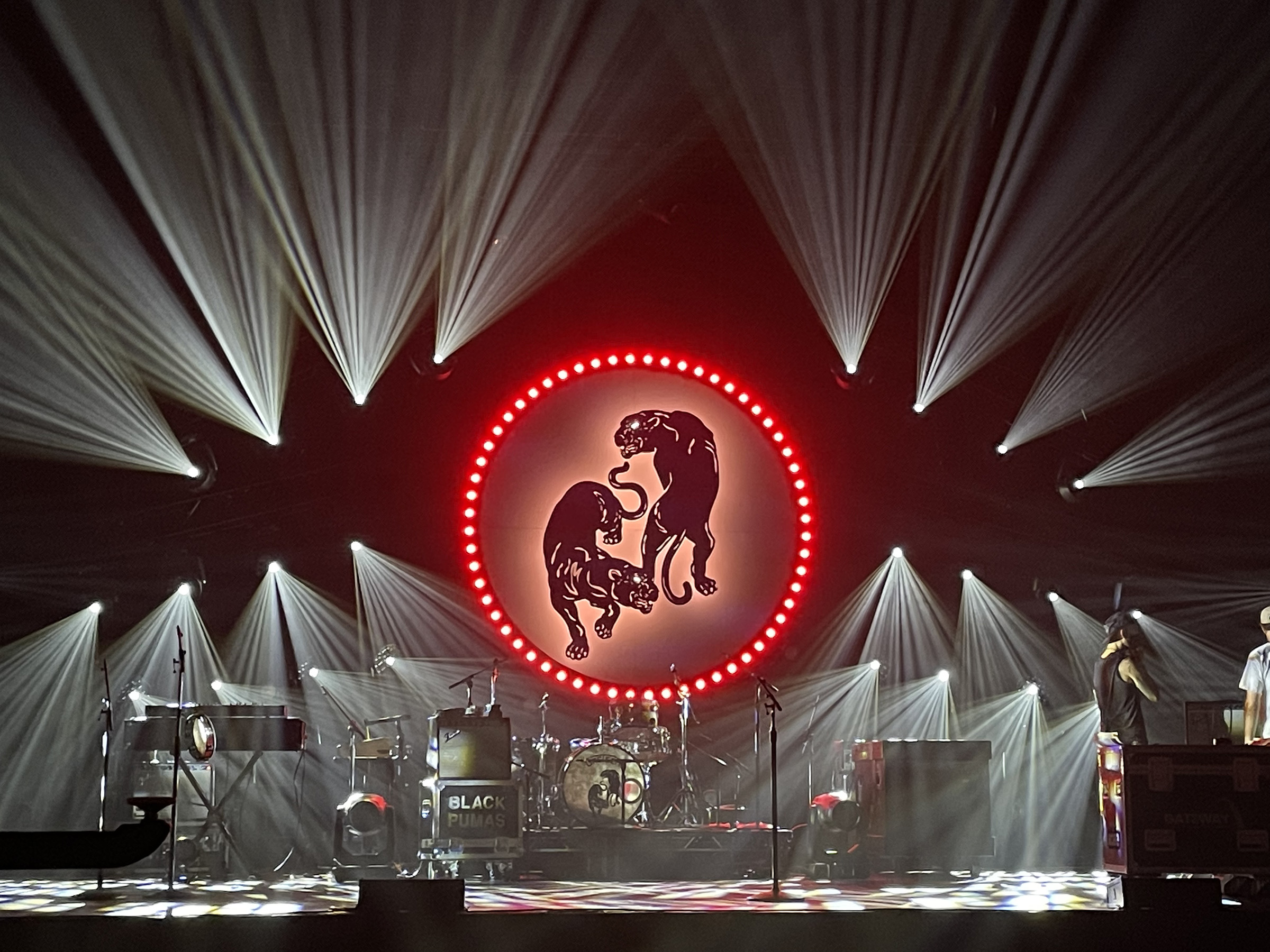 “I had always leant heavily towards small fixtures I could dangle or arrange with minimal structure, but to be honest [KNV Dot] then fell out of my mind,” he explains. This was until the Black Pumas tour came along. “When this project came up, I started thinking about modular small sources, and this put the Dot back in front of me. We were running out of fabrication time and this was already engineered.”

The journey that led him to specifying 60 of these compact fixtures began with a Grammy appearance, and developed through a short residency at Stubb’s, in the band’s native city of Austin, Texas.

Once they started rebooking shows post-pandemic, the band wanted their intertwined puma logo to be the centrepiece, as the LD continues: “They had made a Grammy appearance earlier that year and [the Grammys’ production] had built a logo piece for the occasion. From that, the band inherited the two puma cut-outs, intertwined – which they wanted to be converted into the centrepiece of their stage set.” Marc Janowitz was then tasked with creating a design with the puma logo as its focal point.

But it first had to go through several geometric iterations before the original layout metamorphosed into a 10ft (3m)-diameter circle. “I was originally hired to design a five-night limited engagement at Stubb’s at the end of May,” says Janowitz.“For the Black Pumas this was a monumental set of shows:five nights in their hometown celebrating the return of live music in Austin. For anyone who’s played Stubb’s, the idea of designing a production there immediately comes with challenges – perhaps the biggest one being that nothing can rig from their roof. 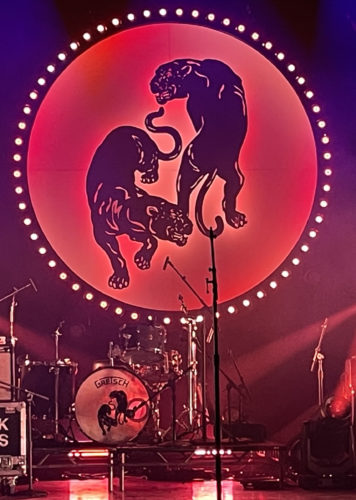 “For that engagement we came up with a compromise for the puma logo design piece. Working with local hometown hero vendor Ilios Lighting, we were able to make a 10ft-wide octagon of linear fixtures with the pumas mounted in the centre. Every piece was mounted by ladder on a ground supported network of truss and pipe. The full stage design took two days to install and was never going to be tour-worthy.” Janowitz and programmer Meagan Metcalf worked long into the night all week long, programming the shows and just generally enjoying the return to lighting. During those sessions they discussed how to make this rig tourable with a lightweight self-illuminating structure at its core.

“After the third show of the run I had a meeting with the band’s management. They commissioned a touring version of the design and wanted to have it ready for their tour dates starting in August,” Janowitz continues. “I returned to my studio in New York and got cracking on ideas. We experimented with all kinds of sources, looking at ways to create a circle out of straight pieces. We got as far as a heptacontagon [72-sided polygon] before realising that something in the approach had to change.

“Ultimately I chose the [KNV] Dot for a number of reasons, not the least of which was its ability to fit into a circular array. It could give a nice background surround; the installation into the scenery could easily be established – it just required space and a mounting bracket. The fixtures are lightweight, adding only 90lb [40kg] to the entire structure, and we knew the white light would cut through everything.

“We had established Gateway Productions in St Louis as the tour lighting vendor and worked closely with them on the integration of the Dots into the scenery.” The structure was built by Gallagher Staging and the LED tape integration was handled by Edgelight RGB.

One of four fixtures in the KNV series which can be combined seamlessly to provide a large canvas, the versatile, IP54-rated KNV Dot features a central 30W ‘hyper’ LED surrounded by 16 smaller RGB LEDs, which can be used as a pixel-mapped surface, strobe, blinder, washlight and more. 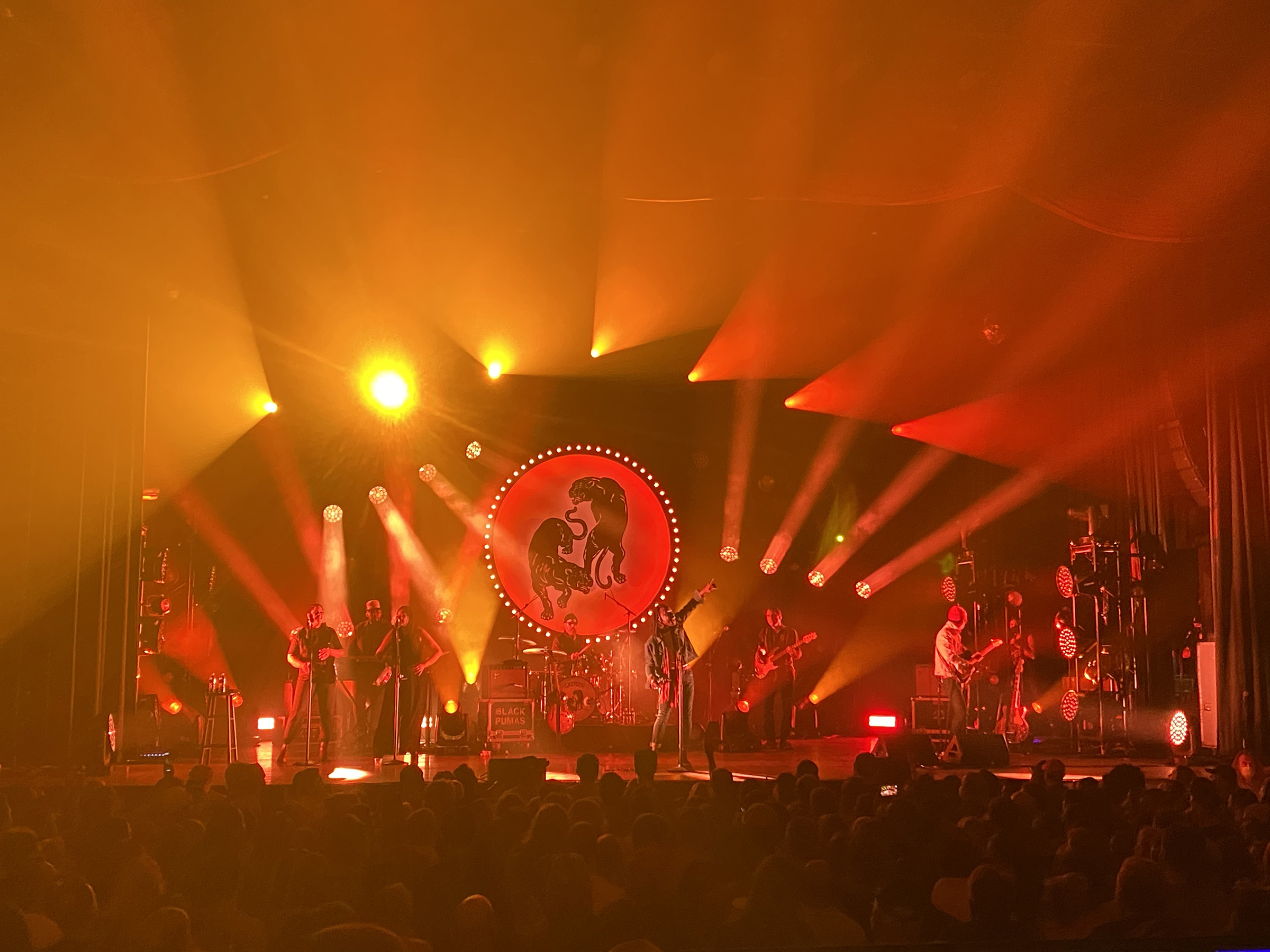 “The KNV series had always been impressive,” notes Janowitz. “As a large building block, the ability to use single sources in so many ways was a major draw, and was the final piece of the design puzzle, answering our need for a forward-facing fixture. And the fact that it was already housed solved a number of fabrication details.

“Together with the pixel tape, the way everything has been brought to life dynamically on this tour has been incredible.”