More than 50 Powersoft amplifiers are powering a high-impact audio set-up at Q2 Stadium, the new home of the first professional sports team in Austin, Texas, USA. 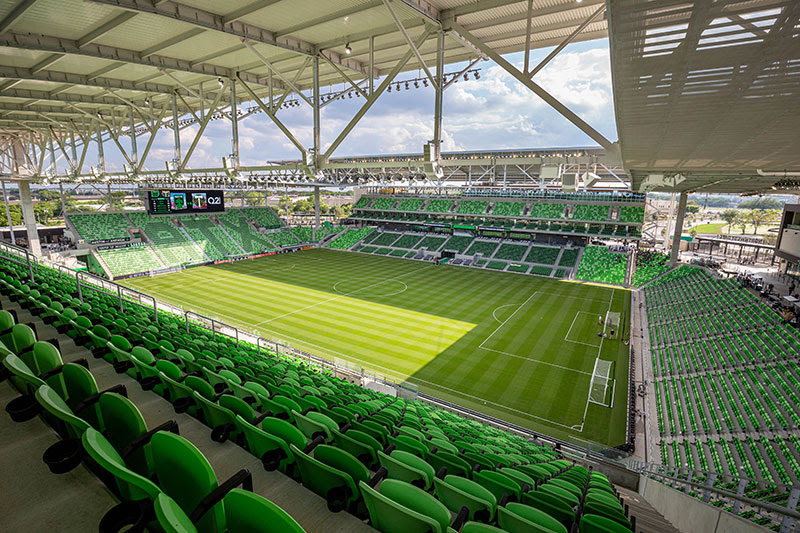 According to Idibri, the local consultancy which designed the audio, acoustics, video and data/IT for the new venue, Q2 is a ‘3.0 stadium’ – that is, a venue packed with technology that enhances the audience experience both in its main role (as a sports ground) and during other, non-sporting events. Special attention was paid to being able to use the stadium as a non-traditional event venue.

To enhance the event experience at Q2 Stadium, architect Gensler designed for Austin FC a large, acoustically resonant roof canopy – the second biggest in the MLS – which, in addition to keeping fans cool and dry, amplifies the excitement and roar of the match-day or concert crowd.

Boeshans, the designer of the audio system for the main stadium ‘bowl’, says the Powersoft amps were chosen to drive a distributed system that is carefully designed to meet the client brief for “clear and impactful audio”. 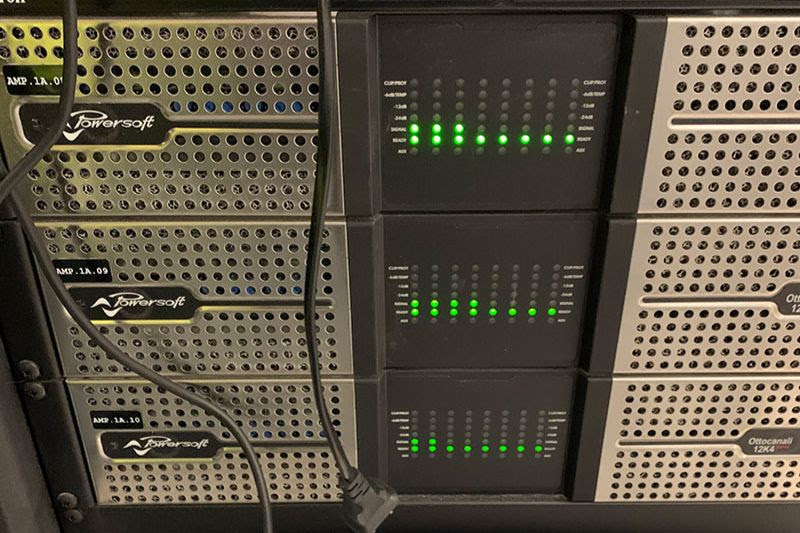 At Q2 Stadium, 13 Ottocanali 12K4 DSP+D and six Ottocanali 4K4 DSP+D drive the main loudspeakers, which are hung from the main roof structure, with leftover channels feeding audio in the concourse areas. “The Ottocanali platforms delivered the right amount of power for the speakers, and the eight-channel/2 RU density with Dante and built-in support for speaker voicings made them the right fit,” explains Boeshans.

Four X8 and two X4 amplifiers, from the workhorse X Series, power the stadium subwoofers, while Idibri’s Luke Krogness CTS-D, used 27 compact Mezzo AD amplifiers distributed and strategically hidden throughout the facility to power the premium spaces. “The Mezzo AD amplifiers matrixed facility-wide Dante sources and local analogue inputs so users could select their preferred audio source in each space,” Krogness explains. The associated reduction in audio cabling to/from each space “was an efficient cost-savings approach to provide discrete stereo amplification in each room for personalised experiences for every user,” he adds.

For “high-energy and impactful reinforcement and playback”, the 52 amplifiers are paired with Fulcrum Acoustic loudspeakers, and connected via Dante to a Q-SYS DSP and Yamaha QL console, explains Boeshans, who adds that the system was installed by Clair Global. All the Powersoft amps feature class-D amplifier technology, allowing for an extremely dense power pack of amplifiers, which in turn saves space in the rack. The amplifiers’ class-leading efficiency “means less load on the generators in the context of fire conditions,” adds Boeshans.

On that subject, the Ottocanali amplifiers are additionally integrated into the stadium’s public address/voice alarm (PA/VA) system. Both Ottocanali and X Series models feature extensive monitoring capabilities, including live impedance monitoring, and redundant outputs, making them ideal for PA/VA applications where the ability to deliver clear, intelligible messages is key.

The Idibri team also made use of Powersoft’s ArmoníaPlus system design software, with Powersoft’s head of application engineering in North America, Rick Woida, on hand to provide support and help get the best out of a system which is at home with live sound reinforcement as it is with spoken word, music playback and commercials. 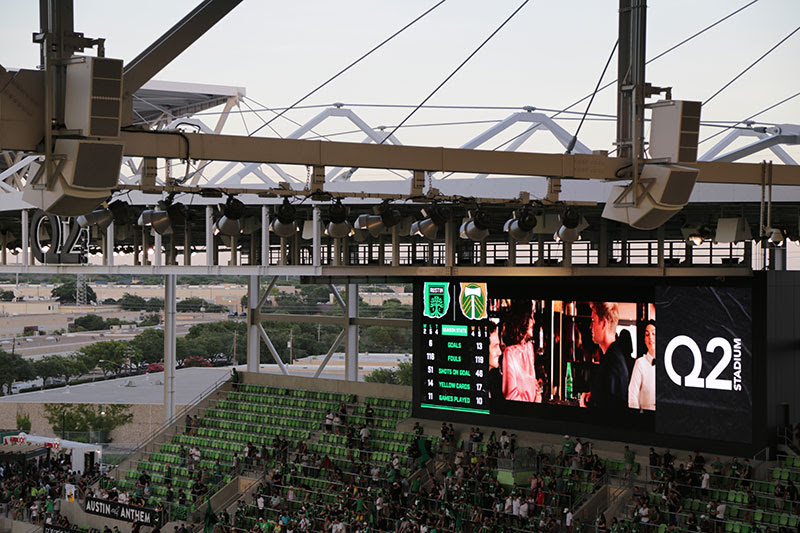 “Q2 Stadium is a celebration of soccer, food, drink and connecting with friends,” concludes Boeshans. “With our design for Q2 Stadium, we wanted to ensure that when it comes to audio, everyone – whether they’re attending a game or a live show – has the best seat in the house.”

“It was a pleasure to work with the Idibri team to help deliver a fantastic-sounding stadium for Austin FC,” concludes Woida. “From the outset, Q2 Stadium was designed to be the best place in the city to watch a soccer game or enjoy some live entertainment, and Powersoft is delighted to have played our part in making that vision a reality.”