Theater Aan de Parade in Den Bosh, Netherlands, has been closed for a complete refurbishment since August 2020 and will be reopened again in 2023. During this time (Covid regulations notwithstanding) the venue has planned to stage productions in eight venues in and around the city including Hall 8 of the city’s Brabanthallen exhibition centre, which has 860 seats and is the largest of the temporary venues. 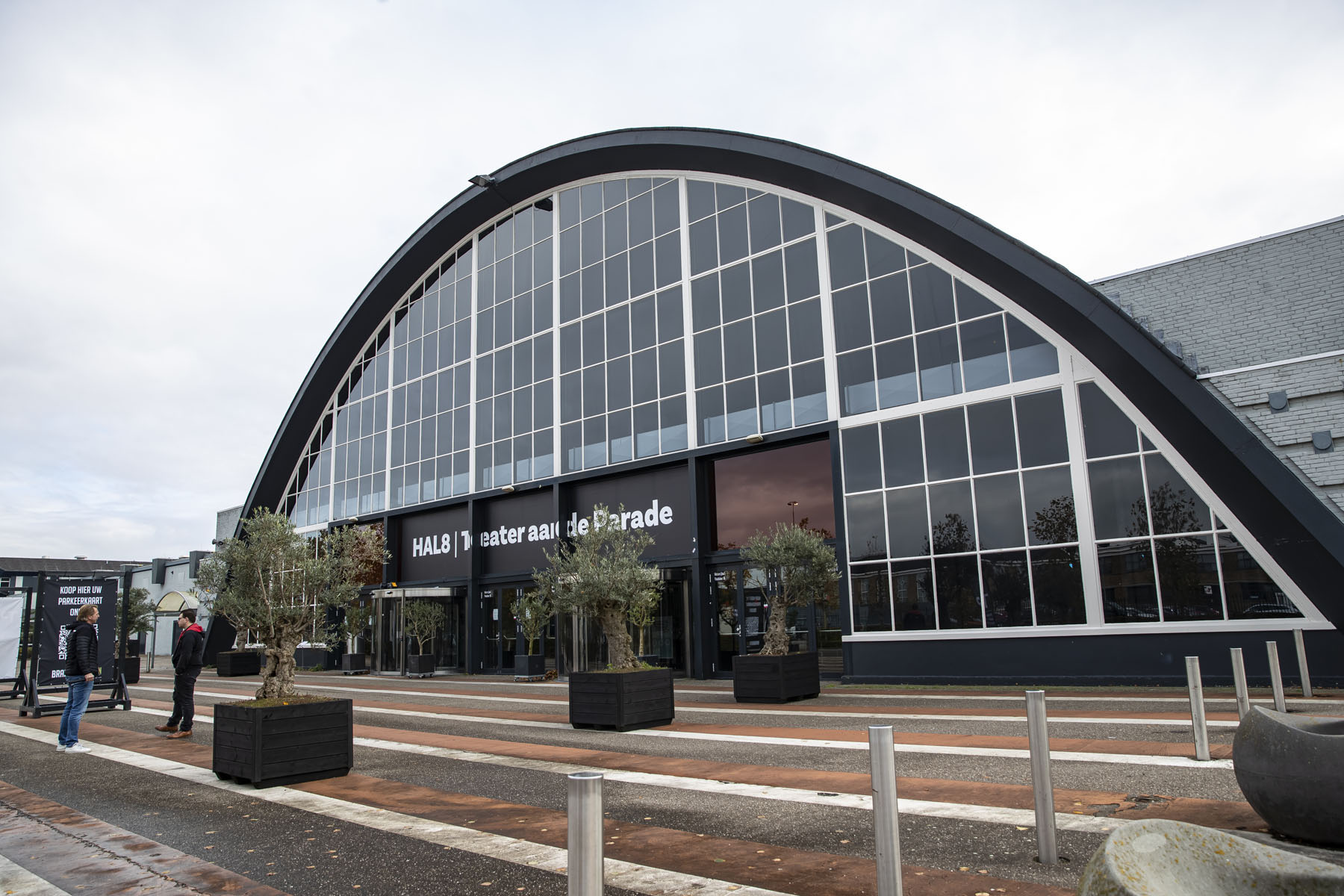 The lighting rig installed in Hall 8 for the first production run featured Robe T1 Profile and LEDBeam 350s moving lights which were specified by lighting specialist Gertjan Stads and supplied by Unlimited Vision & Sound, a local rental company based in Rosmalen.

These have been added to the Robe DL4S Profiles and LEDWash 300+s already owned by the theatre to make a versatile all-purpose rig in the roof which is good for lighting a vibrant range of shows – from comedy to drama and dance.

Robe was first introduced in this theatre back in 2017. The venue closed for asbestos removal, and moving lights were then needed in the small hall as the fly bar system was no longer operational, so this prompted the switch to greater flexibility through utilising moving lights.

The DL4S Profiles were installed for front lighting requirements while the LEDWash 300+s joined the rig to replace the old PAR cans, a process for which Gertjan and his team advised.

They also noticed that as most lighting people and directors were used to working with conventional lighting fixtures, what was needed was a period of adjustment to be able to optimise the LED sources which were not as powerful or multifunctional as they are now, five years on!

However, that was counterbalanced with the fact that with LED moving lights, shows could be lit and tech’d faster, more comprehensively and with a greater attention to detail, so this was seen as an essential way of getting used to the new tools!

The new LED rig – the first in the theatre – was an education for everyone! 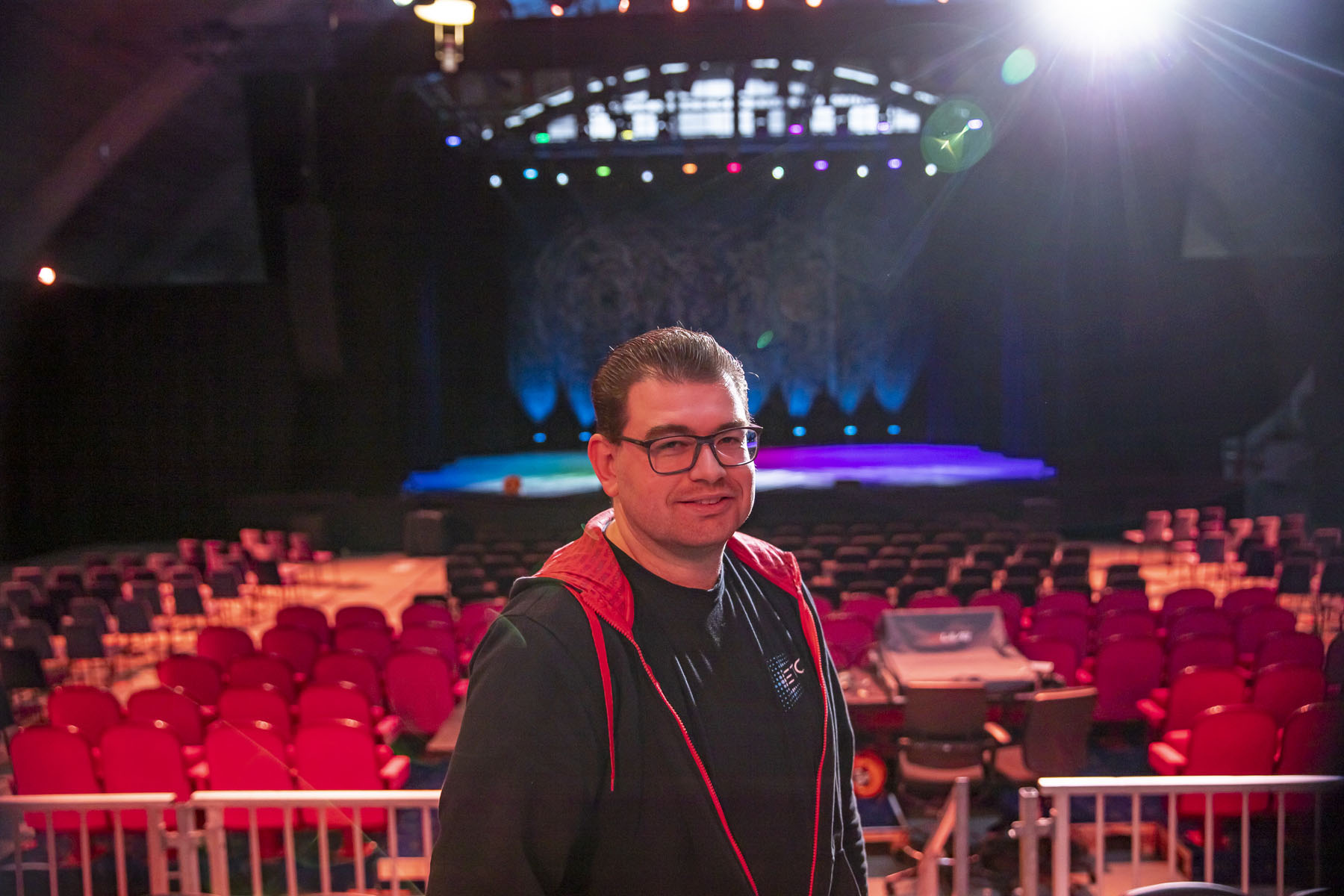 Gertjan then visited the Robe factory in 2019 shortly after the T1 was launched and was hugely impressed by the demo, so in preparation for specifying additional lighting for the Hall 8 temporary venue, 12 x T1 Profiles were top of the list, six on the front truss and six on LX2 used as front and key lighting and for specials.

The LEDBeam 350s were a logical upgrade to the LEDWash 300+s. Gertjan had also experienced working with these fixtures on a freelance production in another theatre equipped with LEDBeam 350s. “I loved them,” he commented, “small and extremely powerful, they were ideal for this stage and venue.”

The LEDBeam 350s are distributed on LX1 and LX2, six LEDBeam 350s on each, effectively replacing what would have been PAR cans in adding layers of colour to the stage. Due to their vastly greater functionality, they a whole lot more useful than a PAR!

In addition to staging their own productions, Theater Aan de Parade facilitate visiting productions / shows working with the provided lighting plot, replicating it if needed and where possible. “With more moving lights on the rig, this is a much easier process,” commented Gertjan.

An average weekly schedule will have a different show each day with 4 / 5 shows a week, which means the turnarounds must be quick and the variety of performances needing to be lit is diverse.

“It’s fantastic to have these new Robe fixtures in the rig, and to be back creating theatre again,” commented Gertjan referring to limited capacity performances initially re-starting in the Netherlands in autumn 2021, although at time of writing there is another temporarily halt as some Covid restrictions are reimposed.

“Robe luminaires bring a lot to the equation. The fixtures match brilliantly with some of the ‘legacy’ conventionals we are still using which will potentially assist this transition, and I believe longer term this will be important in helping convince theatres and other venues to make the switch to LED lighting,” concludes Gertjan.