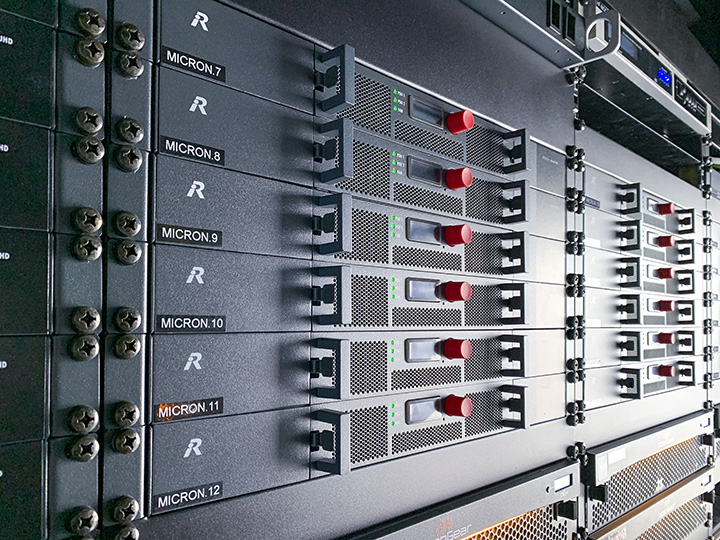 To provide production crews with a safe, spread-out working environment in the OB van’s control room, Studio Berlin housed ten racks of complete equipment in a separate trailer, with a fiber optic interlink connecting the two. To save additional space, Riedel’s flexible MediorNet MicroN UHD system is split between the two vehicles. As a result, the Ü10 can accommodate up to 26 workstations — and 24 UHD cameras — while maintaining a maximum distance between them. 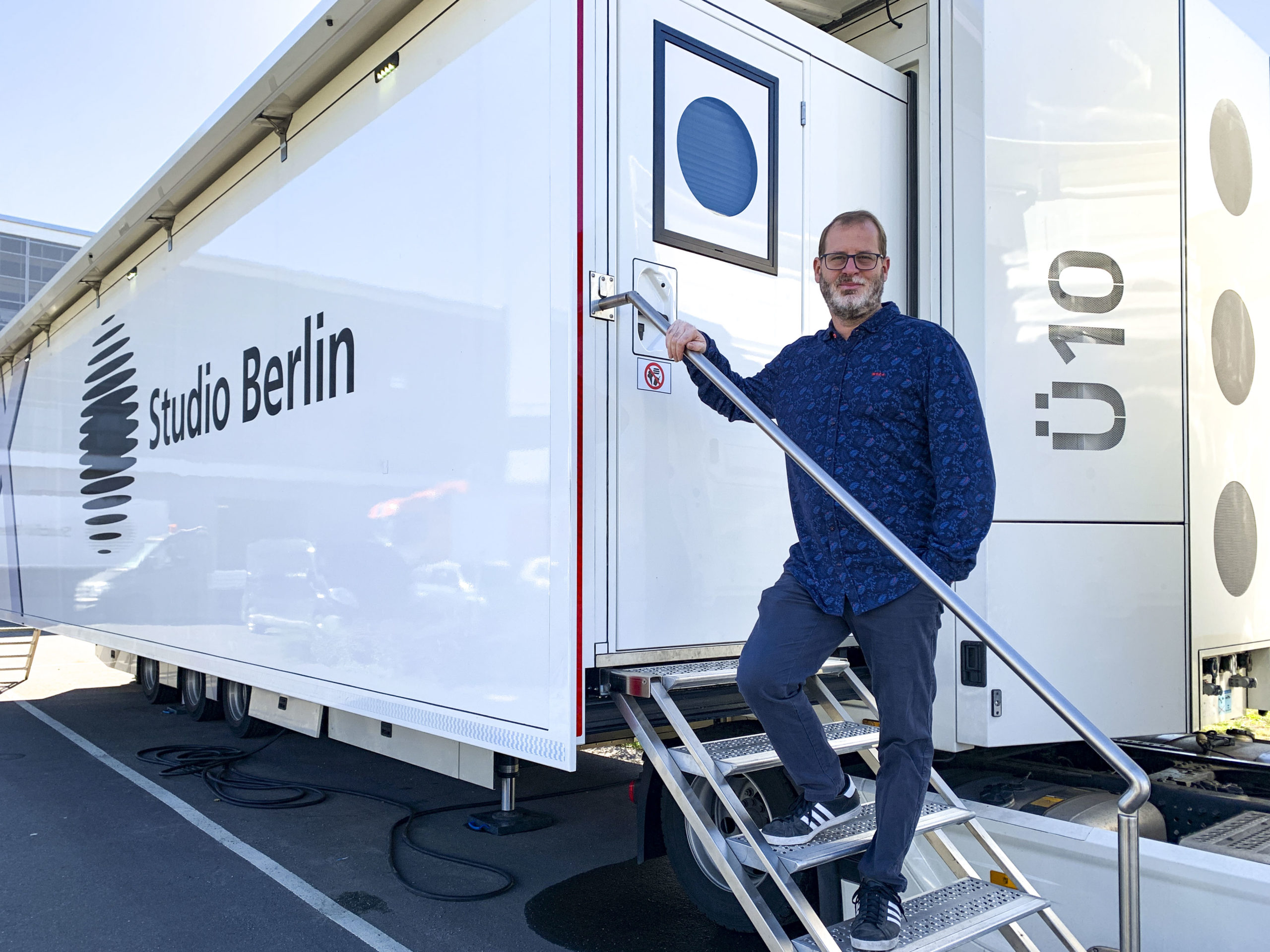 “For the unique design of the Ü10 — where space is at a premium to meet social distancing requirements — a decentralized router was a must,” said Matthias Alexandru, Technical Manager at Studio Berlin. “While centralized solutions feature large, fixed designs with intensive cooling requirements, the distributed architecture of Riedel’s MediorNet MicroN UHD allows us to start small and scale the system with additional modules as needed. Furthermore, it enables production teams to collect and distribute all stage box signals directly from where they originate. With centralized solutions, this process requires additional hardware that adds weight, reduces flexibility, and increases costs.”

“Live production teams face unprecedented challenges in the COVID-19 era, and Studio Berlin has met them head-on with an unprecedented solution,” said Tobias Claus, Senior Account Manager Broadcast at Riedel. “The company’s Ü10 provides production teams with a safe, socially distanced working environment without hampering their workflow. We couldn’t be prouder to have our MediorNet MicroN UHD working behind the scenes to provide decentralized signal routing.”

Studio Berlin’s Ü10 made its debut at the German Television Awards in Cologne and will primarily be used for live coverage of the German Soccer League (Bundesliga) and other large sporting and entertainment events.