Cirque du Soleil has been delighting and mesmerizing audiences every year since its founding in 1984. The Company’s highly theatrical and acrobatic touring performances – known around the world for their dramatic creativity, imaginative storylines and audience engagement – are also recognized for their no-compromise production values: from sound and lighting, to costuming and stagecraft. In March of 2020, Cirque’s touring operations were brought to an abrupt halt with the onset of the pandemic.

Despite this most unwelcome pause from live performance, the downtime afforded Cirque du Soleil’s production team an opportunity to test, evaluate and verify its entire equipment arsenal for its touring operations. “When all the shows shut down, most of the gear that was in North America was trucked back to our warehouse and just put on a shelf,” states Matthew Steuart, Sound Specialist at Cirque du Soleil. “But in May 2021, we started on a show called KOOZA and came up with a list of projects for that show.” Steuart says that after testing and evaluating their equipment needs for the show, which combines the two classic circus traditions of clowning and acrobatics, they upgraded to Sennheiser’s Digital 6000 Wireless. “Switching to the Digital 6000 was a no-brainer, there were just so many benefits,” he says. 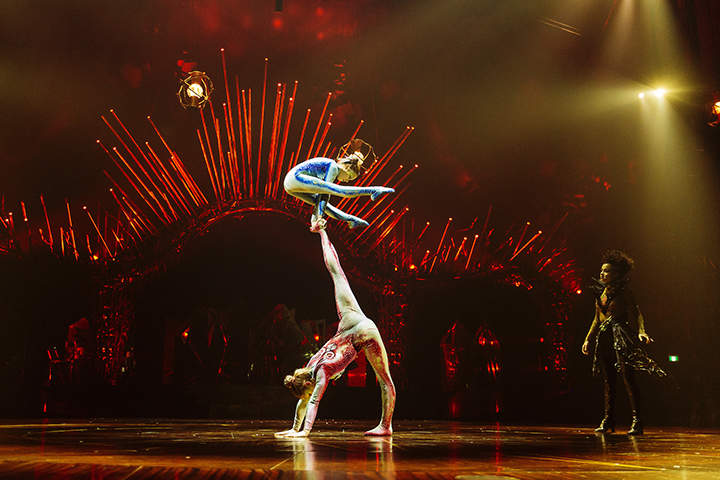 Another Cirque du Soleil show that opened in Houston in November 2021 is Alegria – a performance that has been reawakened from the touring troupe’s original 1994 production. Alegria, which is the Spanish word for ‘joy’, features many of the entertainment ingredients Cirque du Soleil fans have come to expect: stunning acrobatics, beautiful stage craft and a poetic storyline.

An unwelcome hiatus
For Cirque du Soleil, the recent long break afforded the sound team a chance to closely examine each part of the signal chain: “We were able to look at everything more closely, including the RF,” says Steuart. “You can have what appears to be a functioning system, but if you are able to improve two or three links in an audio chain, you can achieve a greater performance in the end. While we are on tour, we usually only have one day in every city to do all our maintenance.” In the case of the Sennheiser Digital 6000 Wireless System that was already used in Alegria, the team didn’t have to do anything except perform a recommended firmware update. “We tested it and everything just worked.”

One of the reasons Cirque du Soleil chose the Digital 6000 System was because of its ability to identify and lock in frequencies in an increasingly congested RF environment: “The spectrum is just getting more and more crowded,” observes Steuart, who appreciates Sennheiser’s routine firmware updates. “When we sent Alegria to Miami a year and a half ago, if we didn’t have the Digital 6000, we simply wouldn’t have been able to do the show – there was just no RF space. Now, with the latest firmware updates including the new Link Density mode, it is so much easier. Sometimes we have to fit all of our wireless channels into a 6 or 8 MHz block if we are lucky, so being able to work within such a narrow bandwidth has been key.” 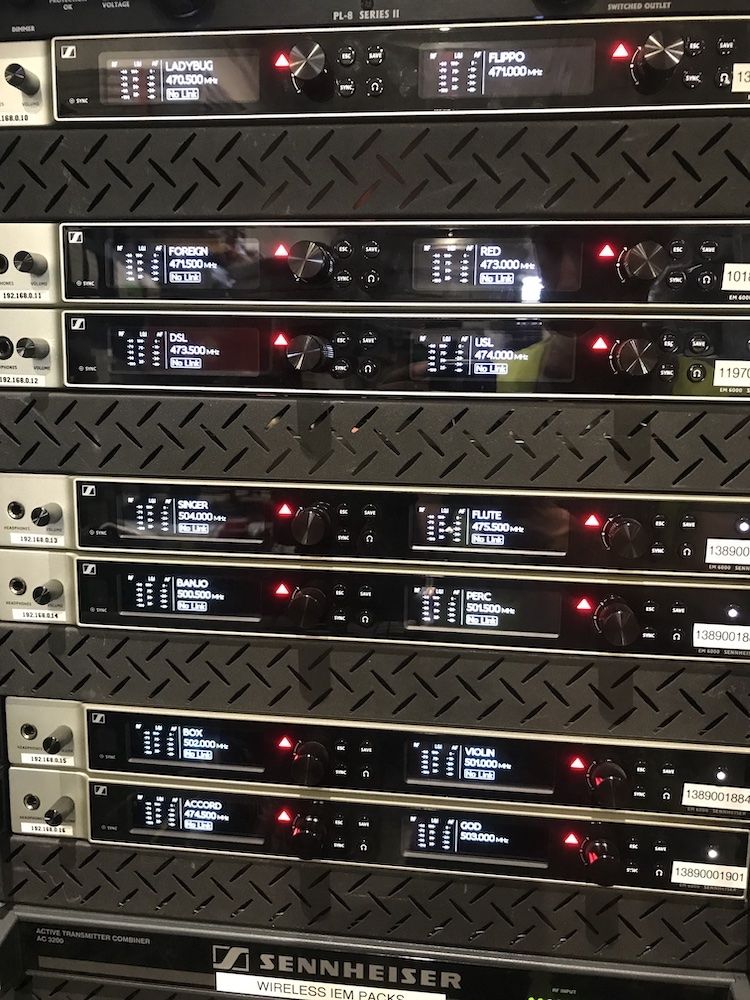 Prior to the onset of the COVID-19 pandemic, Cirque du Soleil’s touring operation had over a dozen active shows, each with its own set of artistic and technical challenges. Now, in the middle of its relaunch period, the Company is quickly scaling up towards its pre-pandemic level of performances: “Before COVID, we were at 12 shows, which was a lot. Now, with Alegria and at least four more productions including KOOZA, LUZIA, KURIOS – Cabinet of Curiosities and OVO coming in 2022, we are well on our way. There are many more shows in the works,” he says.

All systems go with Sennheiser Digital 6000
On Alegria, for which rehearsals have occurred in Houston, 18 channels of the Digital 6000 system have been deployed, along with several bodypack transmitters and a pair of SKM 6000 handheld transmitters. “The bodypack transmitters are hidden and pretty well protected in the costumes,” says Steuart. “Our wardrobe department is fantastic – they will add these little pouches anywhere in the costume that works best for the artist – inside the thigh, in the small of the back, behind the neck or under the arm.” Steuart appreciates the diminutive size of the SK 6212 bodypack transmitter: “Having these really small transmitters is amazing and we can fit them anywhere. Also, the feedback that comes back into our Sennheiser Wireless Systems Manager (WSM) – including battery levels and mutes and other information – is great.” 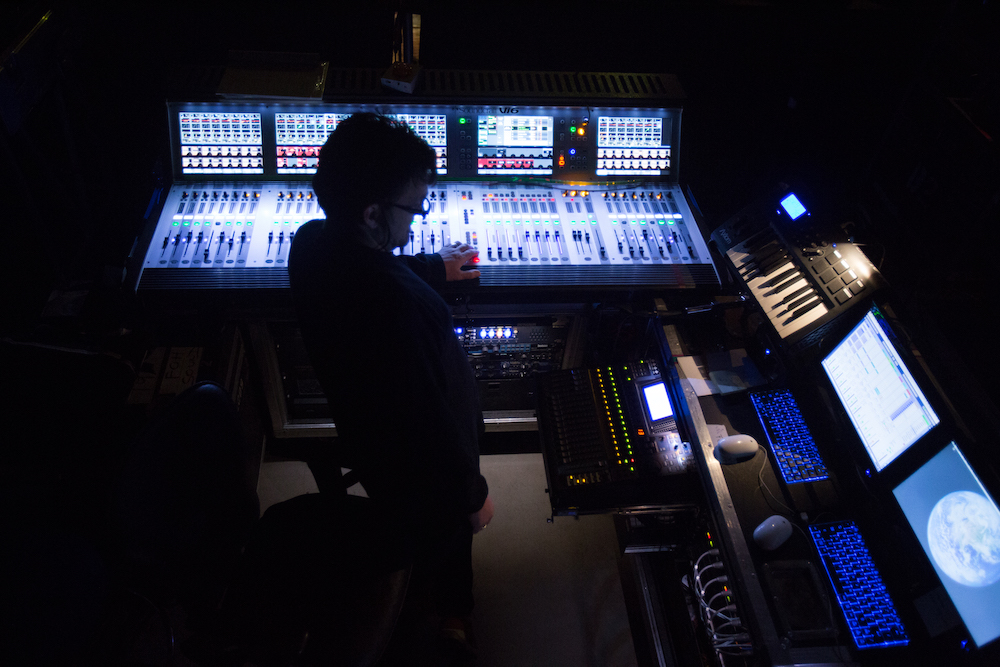 On KOOZA, which is scheduled to open in Punta Cana later this year, the Cirque du Soleil production team is using 10 channels of the Digital 6000 system, including some unorthodox and challenging stage applications: “We have a guy in a big fuzzy dog costume wearing a wireless mic, and in another scene, we have a big confetti blower that also has a wireless mic to pick up the noise of the blower,” says Steuart. No matter what the application, the team has come to expect both dependability and pristine audio quality: “Everything we run through the Digital 6000 wireless is super clear and great sounding,” Steuart says. “It is also super easy to plug instruments into our bodypacks, and it always sounds great. With other brands, we haven’t had as much success when it comes to that kind of flexibility with instruments and microphones,” he adds.

A dependable network of support
While Steuart is delighted at the relaunch of Cirque du Soleil’s touring productions, he is grateful for the training and support Sennheiser provided over the course of the last 20 months: “When the pandemic began, Jamie [Criswell, Business Development Manager at Sennheiser] was on the phone with us the next day offering training classes,” Steuart recalls. “It was fantastic – Sennheiser made it clear that they wanted us to know what was happening and to make sure we had what we needed for the shows to run. This level of support was priceless and appreciated by everyone on our team.”