Visionary Bergamo 2021 is part of Visionary Days, a format where hundreds of under-35s discuss life challenges and ways they can shape the future. The event unfolds over 10 hours of collective brainstorming and six inspirational talks, with 500 young people involved in over 80 round tables, all while streaming live. An inspirational talk opens each session by introducing a topic and then passes the topic to the attendees to develop ideas and visions. A “dynamic poster” is then drawn up and printed at the end of the event, edited by “Lee”, an artificial intelligence, creation by the Visionary Days team. 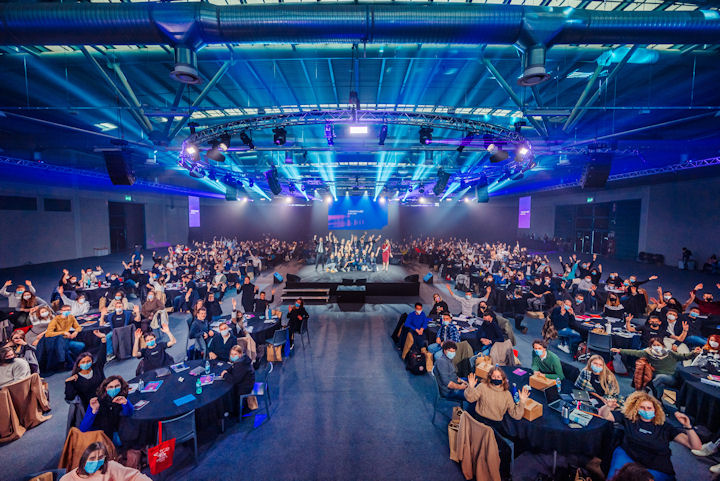 Produced and coordinated by GO-ON, a production studio specializing in highly innovative events, the original format has favored participation, creating a proactive part of the show that encourages continuous interaction among its participants. The impeccable AVL set-up by Airone Service, managed by Jacopo Mapelli, deployed a scenographic set-up at the highest levels, with the audio setup based completely on RCF technologies.

Working together with the technical coordination of Lorenzo Polimeno, Luca Andreini, coordinator of the Visionary Days, comments: “We needed a versatile solution that could manage speeches with maximum intelligibility, high-powered music but also clear and understandable service communications. Airone immediately proposed the RCF solution, and I must admit that the choice was appreciated and shared. The event succeeded perfectly, with a quality that made us enthusiastic,” says Andreini. 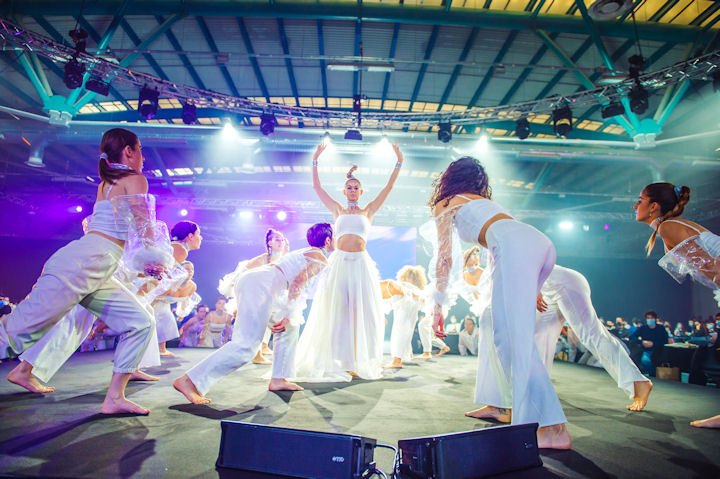 Marco Piccini, the system designer, created the audio project using EASE Focus. “To get the best coverage of the audience, which sat 360 degrees around the stage, we used the center ring for the four TTL 33-A 4-module line arrays covering the two long sides of the venue. Two clusters of four TTL 31-A were used to cover the narrow areas,” Explains Piccini. “We also created two cardioid configurations of TTS 36-A on the two longer sides, to have optimal low-frequency coverage without re-entering the stage.” For stage monitoring, four TT 25 SMA stage monitors were installed and 8 compact two-way TT 052-A speakers as front fills for the front rows.

“The production was impeccable, and our RCF TT systems proved to be up to par, with the compliments of all the stakeholders,” said Fabio Pacis, owner of Airone Service “We set up everything quickly, and the speed of optimization with RDNet 4.1 is certainly noteworthy.”