The filming of Marvel Studios’ newly released Spider Man: No Way Home found lighting programmer Scott Barnes once again firing up his trusty Hog 4 lighting control setup, as well as bringing some new Hog 4 HPU Hybrid Processor units for the production. Well-known for his use of Hog 4 control on Marvel’s films and other movies, Barnes said he approached the shoot for No Way Home quite similarly as he has in the past, but with ‘the biggest addition and MVP of the show being the HPU processor’. 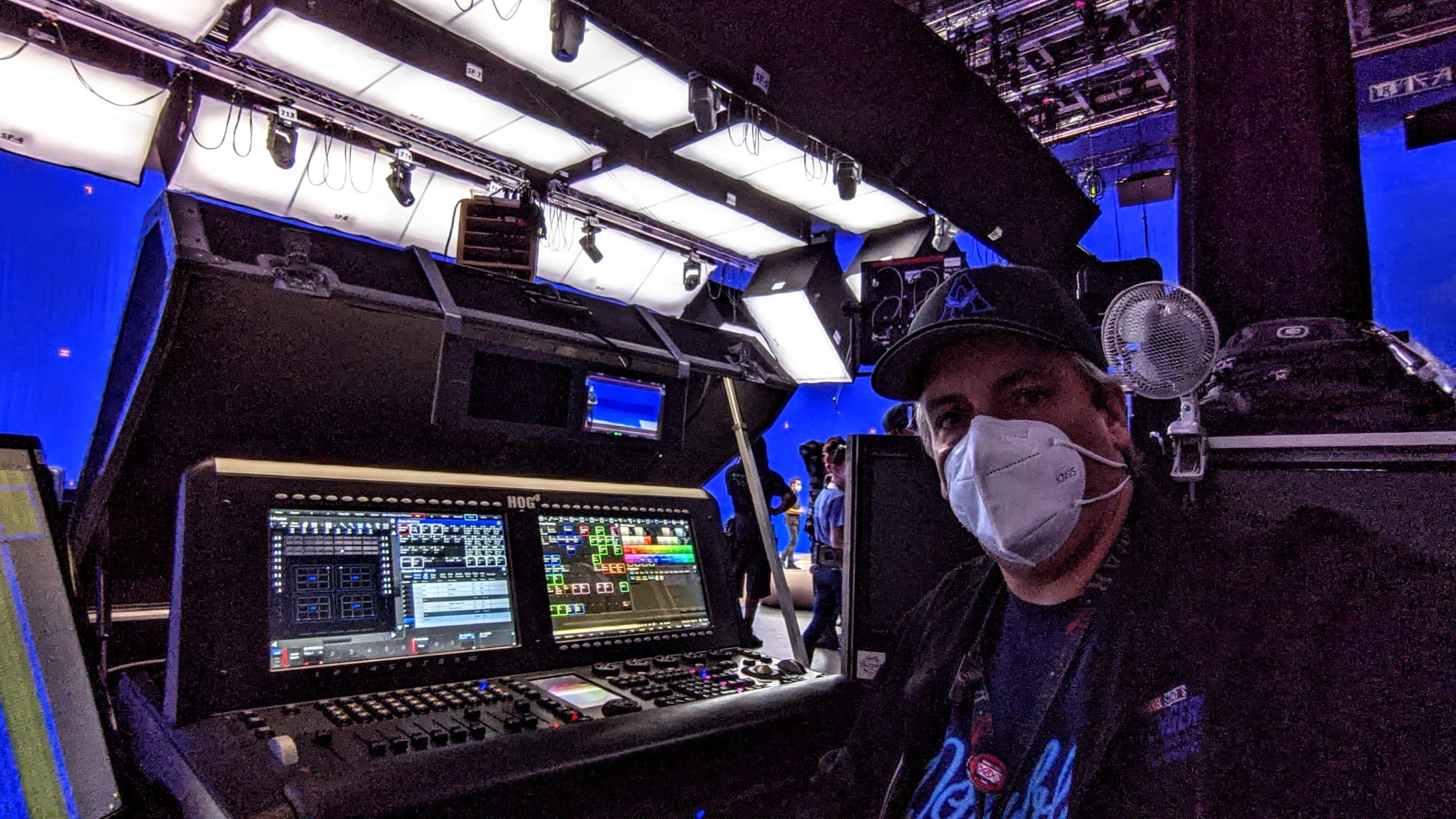 Barnes explains, “I was fortunate enough to beta test the HPU during the pandemic lockdown, and even more fortunate to get the very first two off the assembly line to bring onboard Spider-Man. My systems tech, Derek Page, provided our standard Rack Hogs, I provided two HPUs, and then he ended up adding another HPU towards the beginning of our schedule. Spider-Man was the perfect show to break in the new HPU. We used every bit of processing power those things could deliver! The show was loaded with lighting effects, and we must be a little more manageable with our Hog servers now, because we want to make sure that the HPUs get used on the stages that need them the most. The Rack Hogs were used for the lesser rigs. It’s also been very nice to be able to use any of the Rack Hogs or HPUs as extra processors too.”

“As was their typical setup, the team installed the servers (Rack Hogs or HPUs) on each of the stages they were using.” Scott continues, “We were at Trillith Studios, formerly known as Pinewood, just south of Atlanta. This is the same place we shot Ant-Man, Civil War, Guardians vol2, Infinity War, and Endgame. We had seven stages there, plus a huge exterior bluescreen that was used for a couple of different sets. We used three Rack Hogs, three HPUs, three Hog 4 consoles, and a Hog PC tech console throughout the six months of shooting. Each stage would have a Hog server set up near a corner. Then we would run two networks from them, the first being the sACN out of the FixtureNet port. This fed the entire stage and would be distributed via managed Pathway switches located in the perms and all around the set. The other network was the HogNet from the HogNet port of the Rack Hog or HPU. This network was also run through the managed switches and additionally tapped into the studio network infrastructure, so we could easily connect to the other servers running on the other stages.” 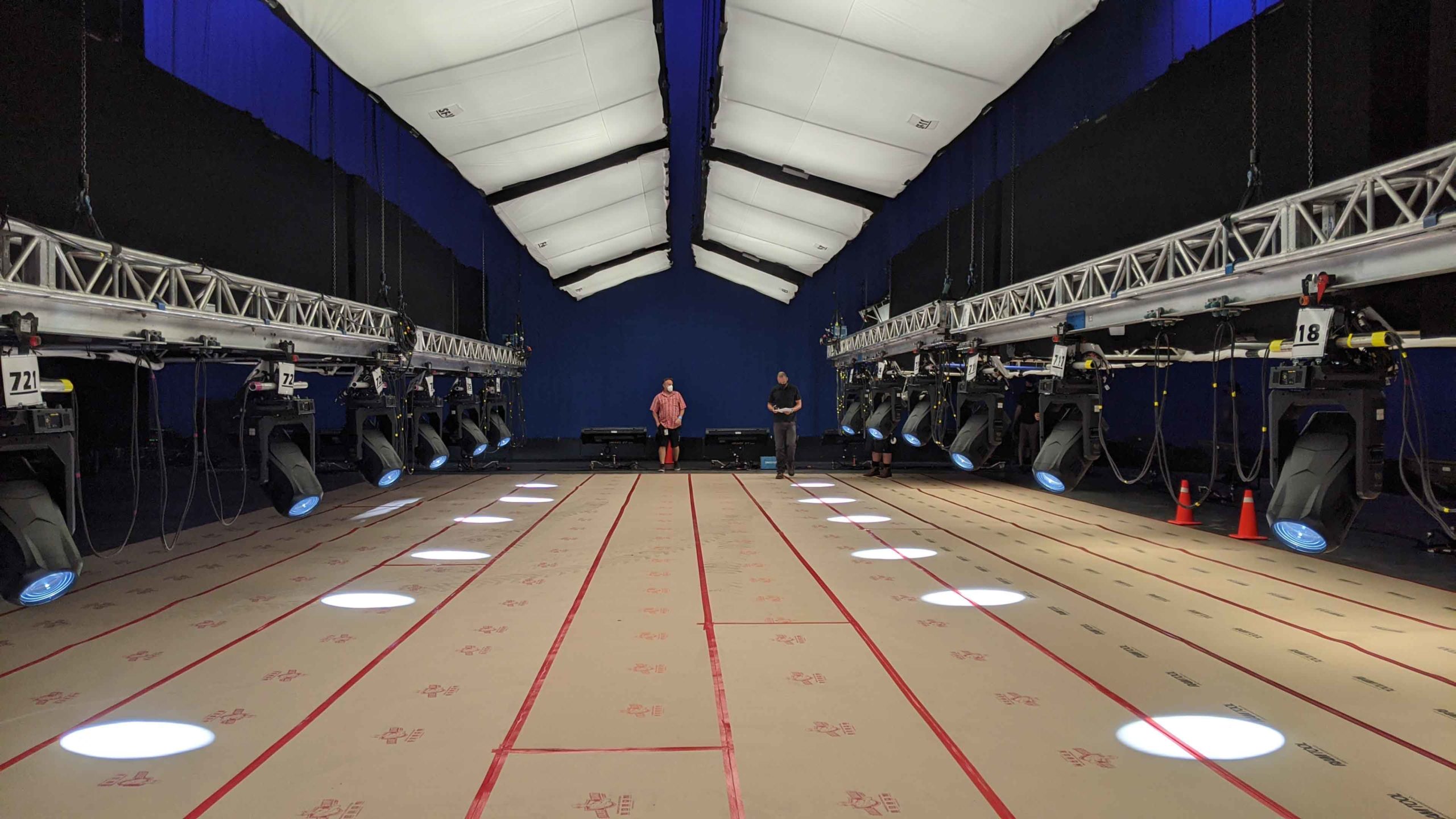 Barnes enthuses that Stage 14 was a particularly fun rig that could not have been done without the HPU. “The HPU wasn’t enough – we had to add a few extra DP8000s to that stage! Half that stage was a horseshoe bluescreen, with over 100 Studio Force 72s, in high pixel count, to use as interactive light for various scenes. We pixel mapped the Studio Forces right from the console. We also had about 20 SoloHyBeam 3000s on that stage. The HyBeam 3K was our go-to mover throughout the show. I am a huge fan of this luminaire. It is like the ‘sampler platter’ of movers. Multiple Frosts, Multiple Prisims, Framing Shutters, Gobos, Iris … it just has everything, it’s bright, and the High-Fidelity units have a perfect white light beam to use on camera. I was speaking to Mike Bauman, owner of LUX Lighting in Burbank, recently about these lights. LUX provided a large amount of the movers we used, along with MBS. I never should have talked so highly about them after using them for the first time on The Prom. They’re getting very hard to find now. We just started working on Black Panther 2, and these lights are so popular now, you have to call far in advance to have any chance of getting some. We also used SolaFrame 3000 and SolaFrame Theatre fixtures.”

Director of Photography for Spider-Man was Mauro Fiore, who Barnes worked with several times in the early part of his career but had not seen in a long time. “Mauro is a well-known DP who won the Oscar for Avatar. Josh Davis was the CLT (gaffer), who had originally called me way back when I was still working on The Prom. Then Covid hit, and everything got put on hold. Josh was someone I had worked with years ago on shows like Lemony Snicket when he was one of the electricians on the crew. We kept in touch over the years, and he had started working his way into gaffing. I was flattered that he called me to do Spider-Man. He is a pleasant person to be around and work for, and he is an excellent CLT. He will be a name you hear a lot in the coming years!” 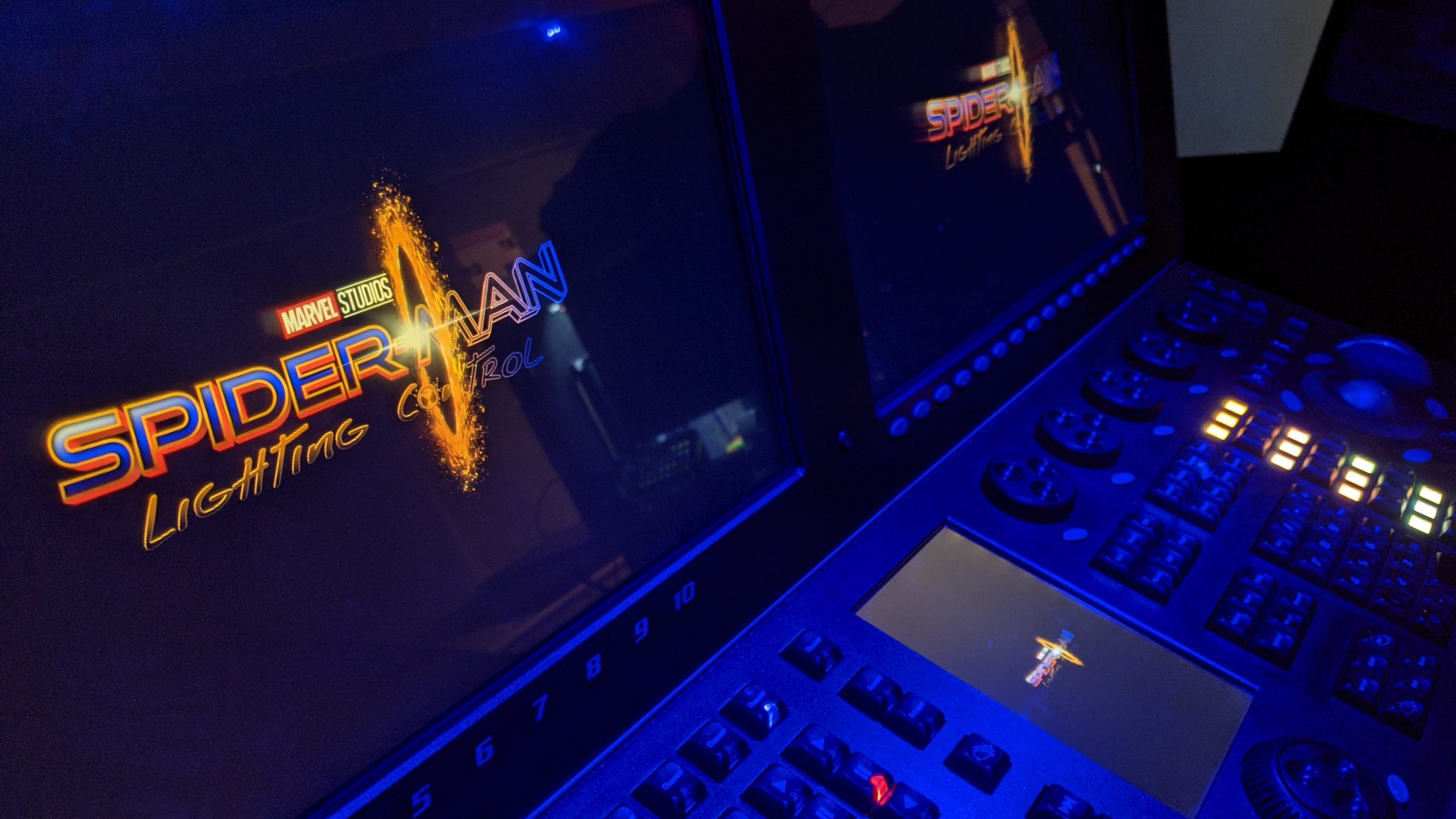 Other key team members on Spider-Man were rigging gaffer Adam Harrison, fixtures foreman Phil Abeyta, and Derek Page, Barnes’ senior systems tech. “Derek, Phil and I have worked together several times before, but this was my first big show with Adam. Adam is fantastic. He is a big advocate of networking and is a forward thinker. The four of us are now working on the next Black Panther together, but with a different DP and CLT.”