TE is a powerful, intelligent, and eco-friendly lighting solution enabling different engines – high powered, high CRI, ‘tungsten’ etc., – to be used in the same fixtures. They can be changed quickly and easily in 5 – 7 minutes!

The Opera House has a busy repertory schedule, and these Robe luminaires – delivered via Robe’s Austrian distributor Signal – replace the old manual-focus generic FOH tungsten fixtures with brighter, more adaptable, and more sustainable lights, and have upgraded the traditional follow spots in this impressive 1,709 seat and 567 standing capacity Renaissance Revival styled venue which opened in 1869, when it was the first building to be erected on the Vienna ring road!

With a throw distance of 50 metres to the stage from the FOH positions, they needed the most powerful and the quietest fixtures.

All the other options tested were either too physically large, too noisy, or not bright enough. While the FOH positions are not directly exposed to the audience, the 10 fixtures are in a partial boxed area and the noise does escape and reverberate around the venue!

The HCF LED engine version FORTES were required for achieving perfect skin tones, for the excellent colour rendering and “fantastic” range of tuneable whites.
The fact that the FOH gallery lights no longer have to be manually focussed means valuable between-production changeover times can be saved by having moving lights, and that the system is hugely more flexible for accommodating the needs of all productions. 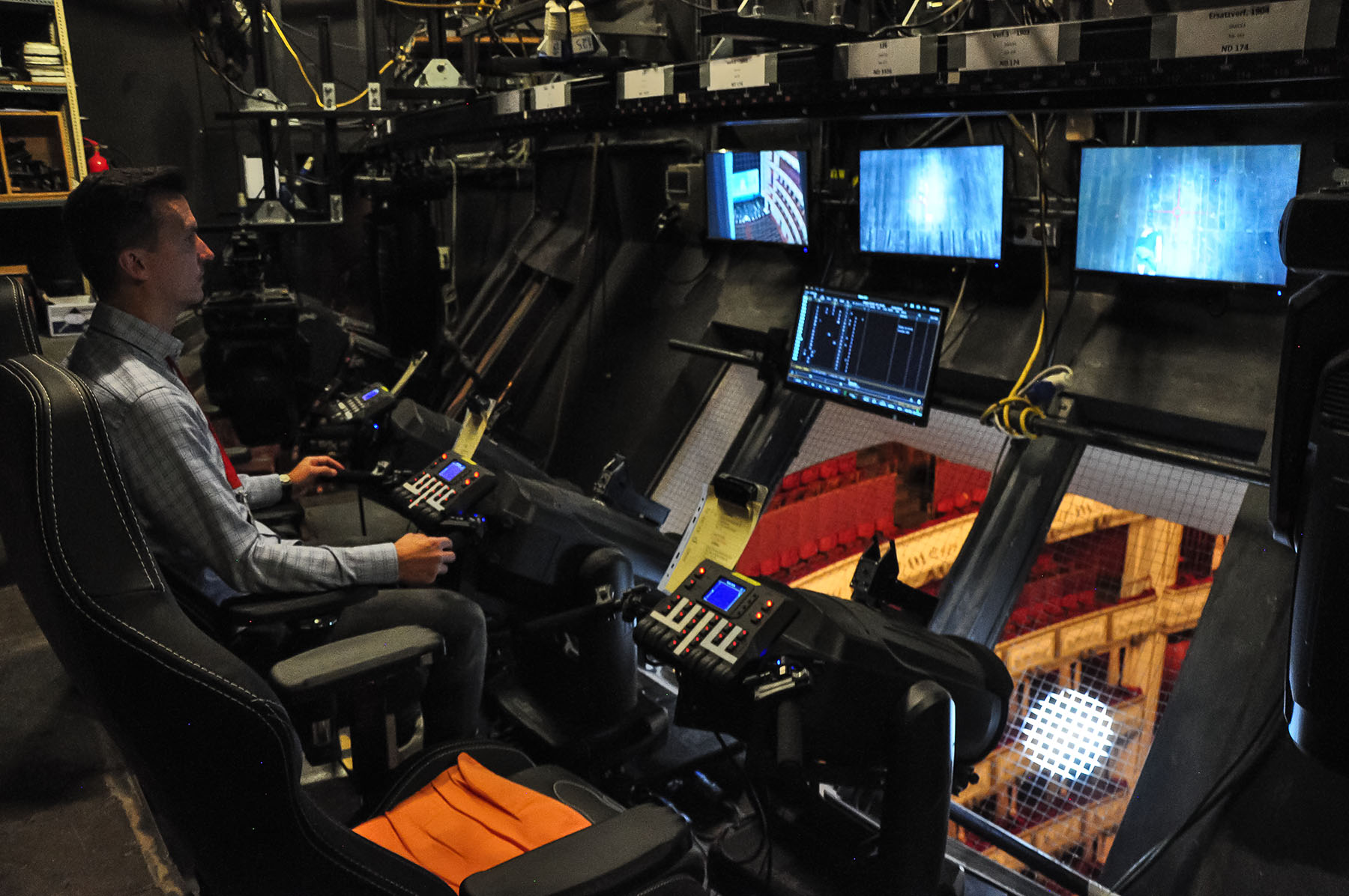 Robert and his colleagues are all delighted with the results, as are the visiting lighting designers who have so far benefitted from using the new system.
RoboSpots were first tested in the house three years ago when a system was rented in for the Vienna Opera Ball. This was a big success, and they knew it worked.
However, it wasn’t until the FORTE was launched earlier this year, together with the FollowSpot version, that all the stars finally aligned to offer an impeccable match between follow spots and FOH lighting.

Everyone was super excited to be able to use the same luminaire with the same quality light.

The Opera House follow spot slots rooms are in the high gallery in the middle of the FOH lighting positions which were already very tight for space, so having a small fixture was essential.

They wanted the human touch of the operator being involved rather than having a tracking system, so the FORTE FollowSpots are fitted with Robe’s LightMaster kit handles which enable the follow spot operators to control the size and the intensity of the fixtures, while the other parameters are run via the venue’s main ETC GIO lighting console.

Some custom software allows the output of the inbuilt FORTE FollowSpot cameras to appear on monitor screens attached to the wall of the follow spot box together with some of the RoboSpot system features, but essentially allowing the spotters to simultaneously see the stage in classic style.

They can turn the crosshair marker on or off via the LightMaster buttons and can zoom the camera in and out. 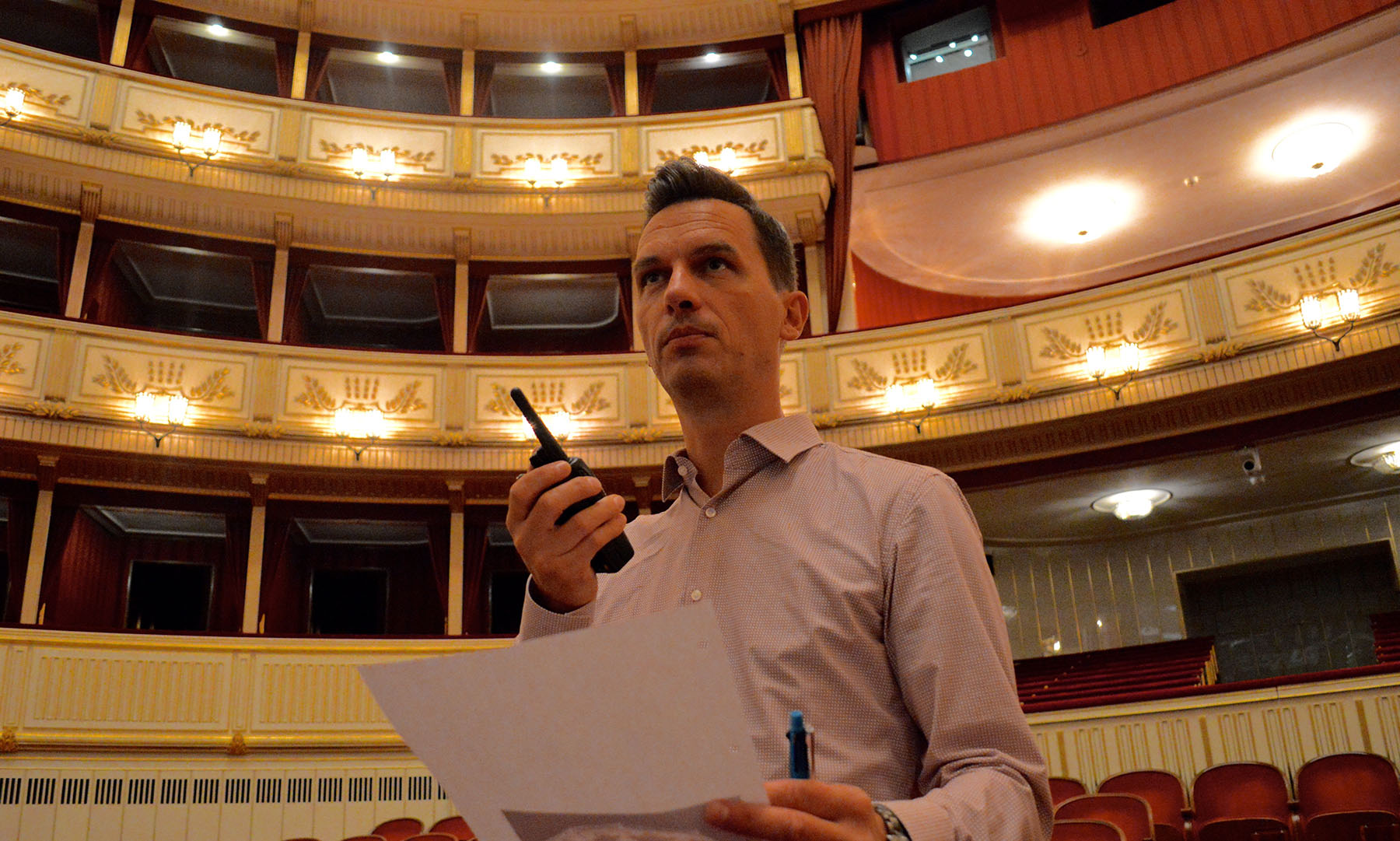 “Robe was flexible and willing for us to work with their RoboSpot software to get the precise solution we needed,” stated Robert.

He thinks that FORTE is a powerful, viable and “highly effective” moving light for bigger performance houses and venues like this and mentions that all the visiting lighting designers so far to use the new system have been “very satisfied”.

As a brand, Robert thinks Robe is focused on delivering quality innovative products, especially with the ESPRITE and FORTE and other TE range fixtures utilising a powerful white LED engine and CMY colour mixing.